Part of our roundup of 90 of Canada’s greatest explorers, these 16 explorers significantly advanced our knowledge of Canada’s geography through mapping
January 22, 2020

Although the iconic image of Samuel de Champlain is in a birchbark canoe, Champlain was a man with salt water in his veins. The boy from the port of Brouage went to sea as a small child. Later, as a sea captain, he would successfully cross the Atlantic Ocean 27 times, never once losing a ship. His map-making abilities and navigation skills were the stuff of legend. Even today, his maps hold up well when compared with modern charts, especially his impressive charting of the Atlantic seaboard.

Equally adaptable on sea and land, Champlain won the respect of his Indigenous counterparts by learning to paddle and navigate a birchbark canoe, one of the few explorers of the time to do so. Historians such as David Hackett Fischer praise Champlain’s approach to relations with Indigenous Peoples, in sharp contrast to other explorers of the era. Unlike his predecessor Jacques Cartier, Champlain sought to befriend, rather than antagonize, First Nations. He did so by forging alliances with dozens of Indigenous groups — alliances that made New France and, ultimately, Canada, possible.

From his ship, he charted much of what is now Atlantic Canada, as far south as Massachusetts, and north to the tip of Newfoundland. By birchbark canoe, he travelled as far west as Lake Huron, and paddled two Great Lakes. He overwintered in the interior with the Wendat, learning the language of his new allies and satisfying his boundless thirst for knowledge. Indeed, as much as an adventurer, Champlain was also a bibliophile who loved learning. He wrote prolifically on all and sundry, from leadership and seamanship to flora and fauna, and especially of his deep interest in Indigenous cultures. A tough and shrewd leader, he could, as happened at his edging settlement of Quebec, act with resolution to put down dissension in the ranks, but was also quick to pardon and forgive. His legacy is perhaps best summed up by his famous epithet: le père du Canada.

LOUIS JOLLIET
1645-1700 | Quebec City
Considered the first significant Canadian-born explorer (of European descent). As the king’s hydrographer, he mapped the Mississippi River and much of Lake Superior, the area from Saguenay to Hudson Bay, and the Labrador coast. 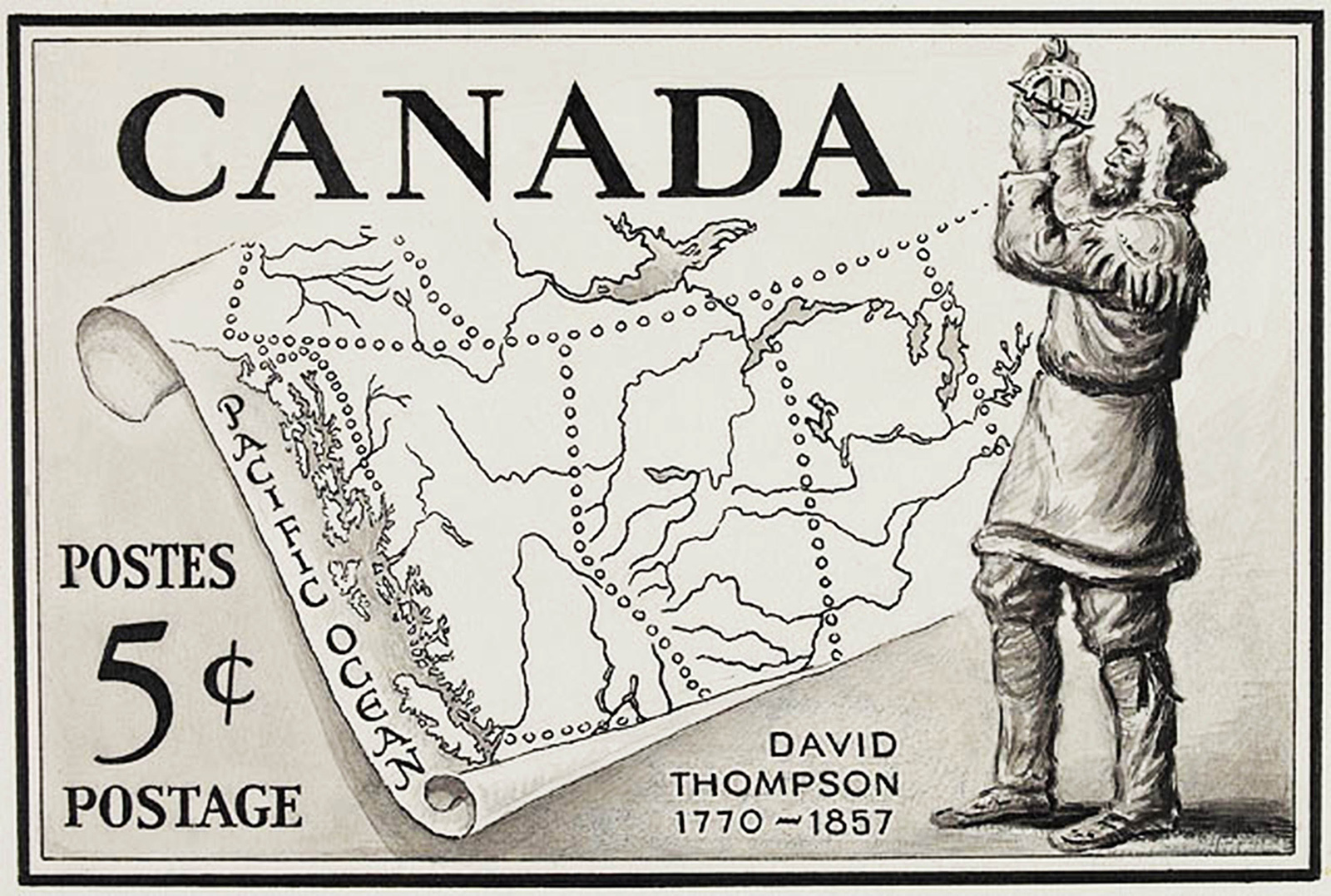 Called “the greatest land geographer who ever lived,” this fur trader, explorer and cartographer mapped more than 4.9 million sq. km of North America, including most of Western Canada. He depended on First Nations for guidance and learned several Indigenous languages.

PETER WARREN DEASE
1788-1863 | Quebec
Fur trader and explorer in the Athabasca and Mackenzie districts. Later, on three expeditions along the Arctic coast, he surveyed all but a small part of the Northwest Passage.

INNOOKPOOZHEJOOK
Unknown-ca.1900 | Kitikmeot, Nunavut
A widely travelled member of the Netsilingmiut and the most important source of data on the lost Franklin expedition in the 1850s and ’60s. Provided extensive knowledge of the expedition’s fate to John Rae and later Charles Francis Hall, and drafted a key map of the sites of evidence. 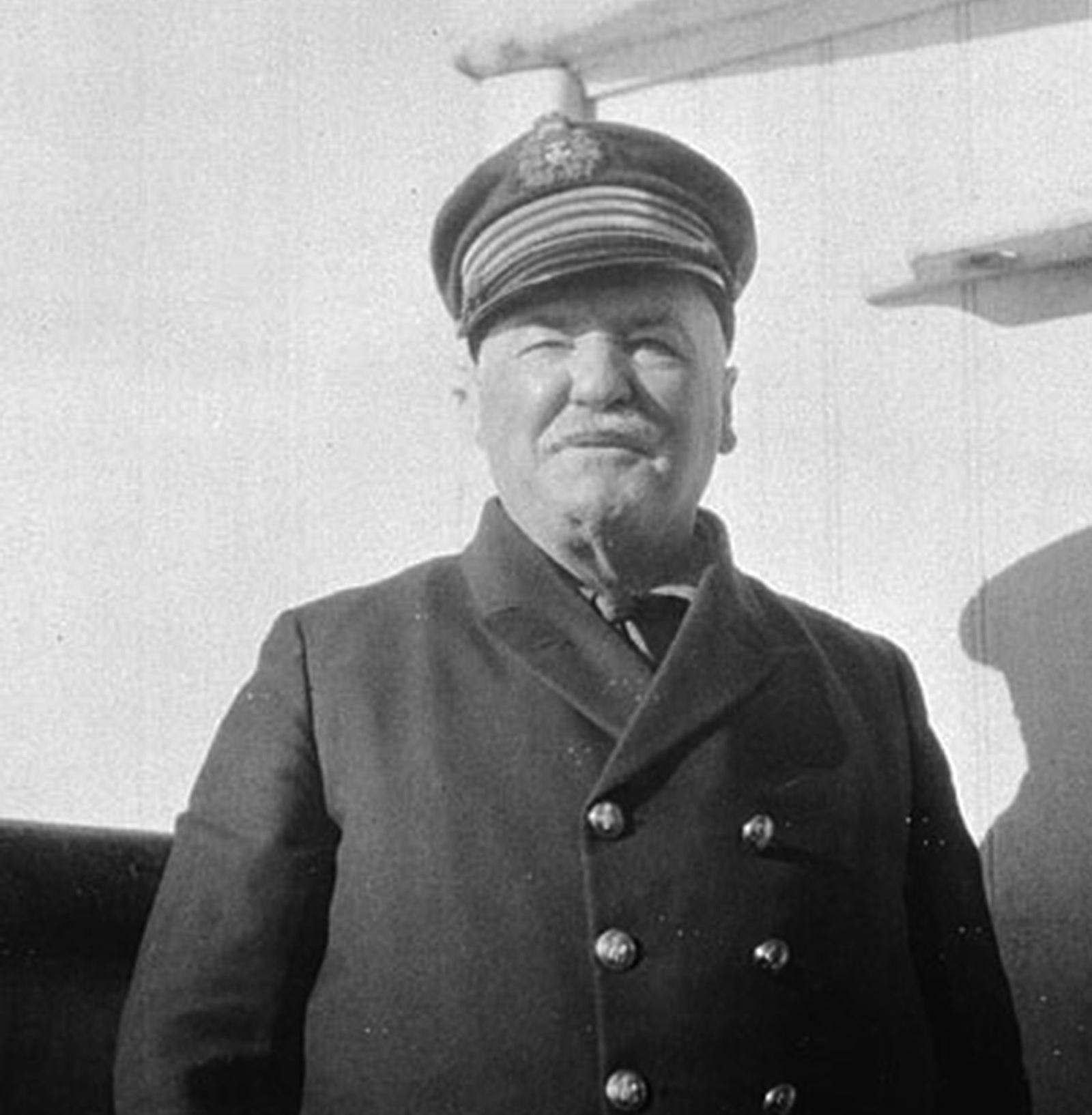 One of Canada’s greatest mariners, leading numerous government expeditions into the Arctic Archipelago and asserting Canada’s claim to all islands between the mainland and North Pole.

JOSEPH BURR TYRRELL (FRCGS)
1858-1957 | Weston, Ont.
A geologist, explorer, cartographer and historian who trekked across and mapped vast regions of the North for the Geological Survey of Canada, discovered rich fossil beds in Alberta and extensive coal deposits in Canada’s West. 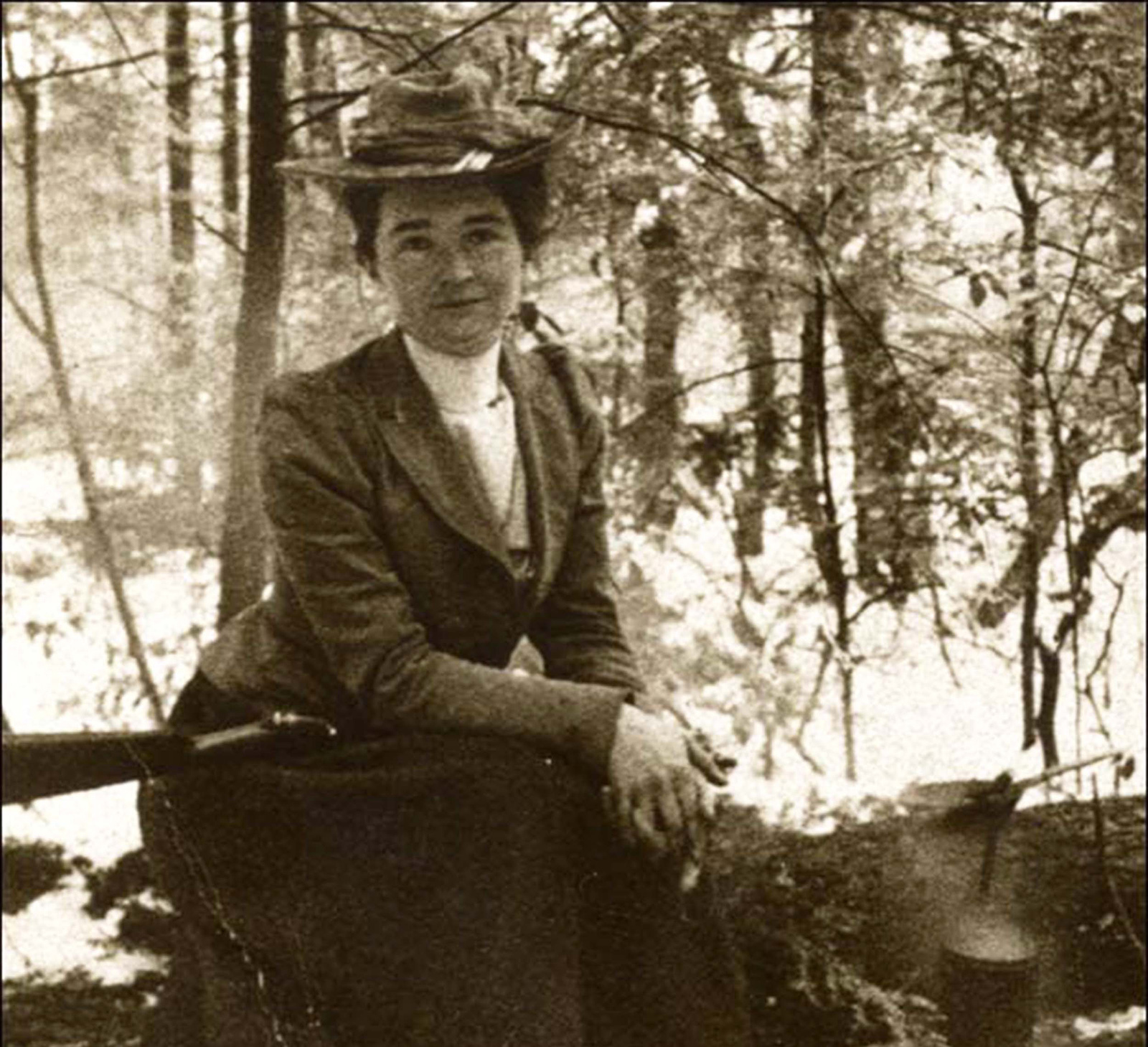 After her husband’s loss and death in Labrador’s wilderness, she returned and travelled across the wild region, becoming the first Euro-Canadian woman to do so and creating the first maps of the Nascaupee and George River system.

CHARLES CAMSELL (FRCGS)
1876-1958 | Fort Liard, N.W.T.
One of Canada’s foremost geologists and surveyors, founder of The Royal Canadian Geographical Society. He led the exploration of the unmapped North in the 1910s and was commissioner of the Northwest Territories. 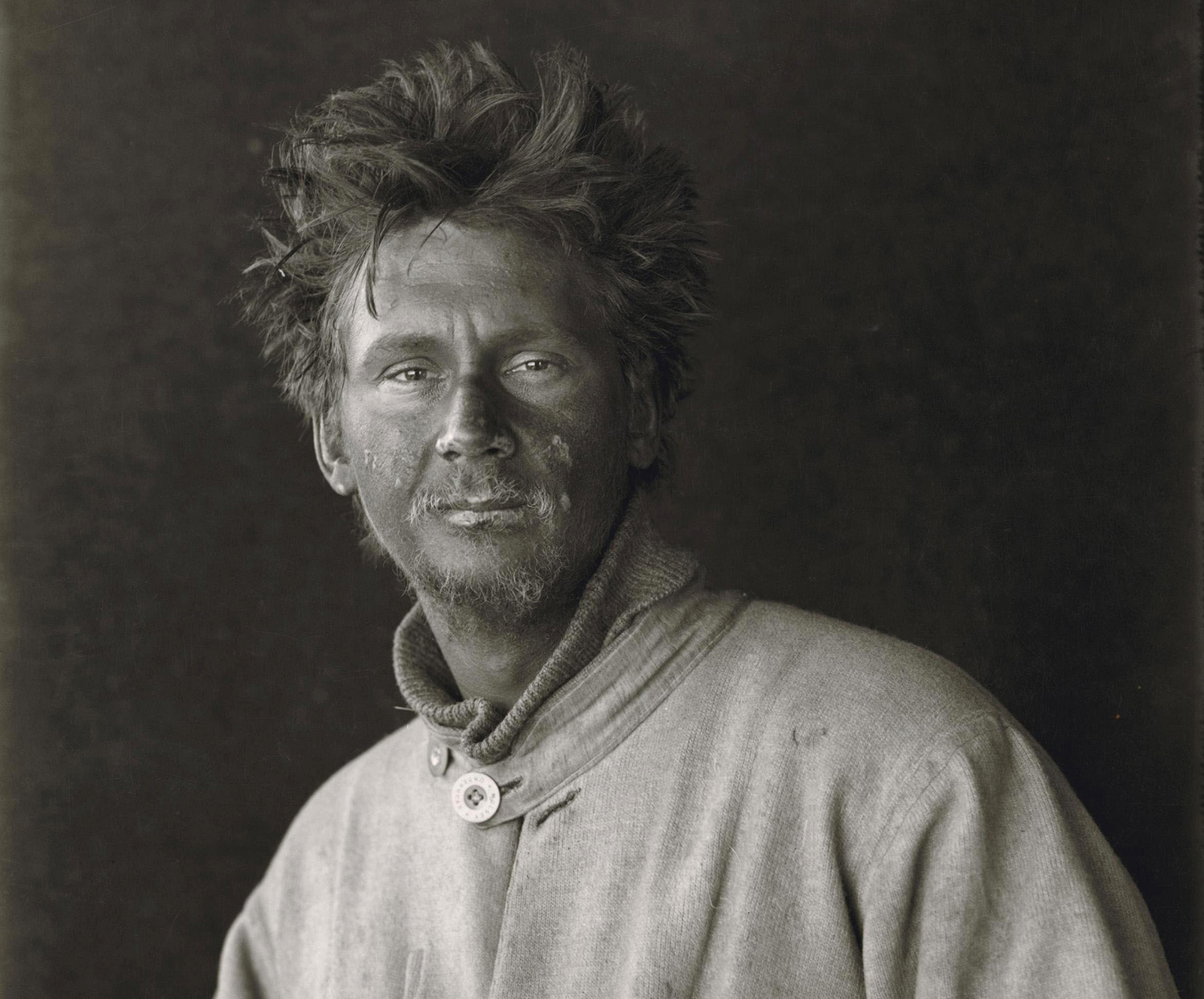 A physicist, glaciologist and Antarctic explorer who was part of Robert Falcon Scott’s Antarctic expedition of 1910-13 (and discovered Scott’s body after he failed to return from the pole). He investigated ice formations and ground radiation, and mapped Victoria Land’s mountains.

SELMA BARKHAM (FRCGS)
1927- | Ottawa
Through pioneering archival and archeological searches, she discovered the existence of a 16th-century Basque whaling industry in Labrador and Quebec. Her research brought worldwide attention and UNESCO World Heritage Site status to the region.

DEREK FORD (FRCGS)
1935- | Orillia, Ont.
Leading academic cave explorer responsible for pioneering studies of caves as records of climate and geomorphic evolution. Developed a comprehensive and in influential theory for the origin of cave systems. 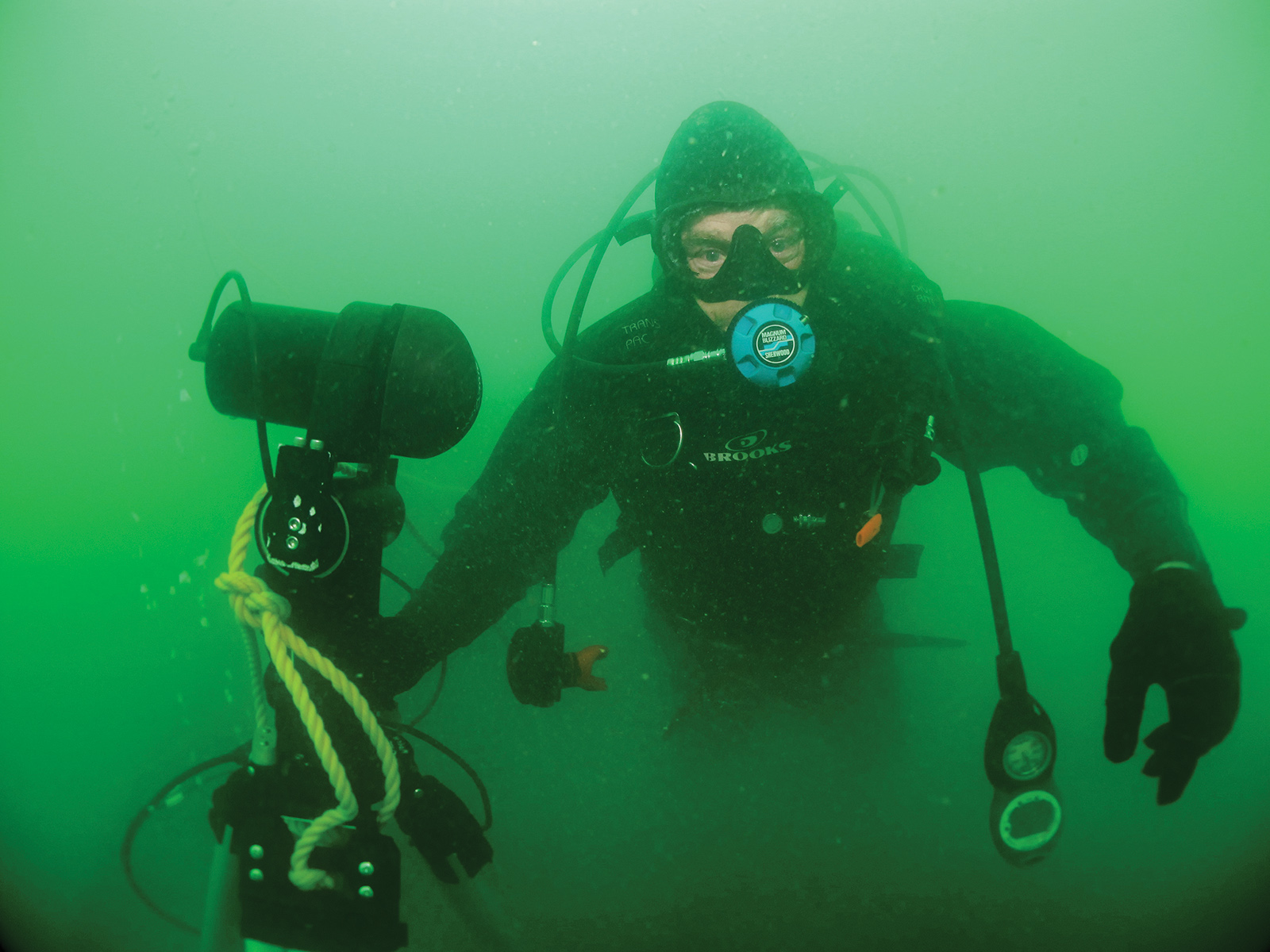 A GPS surveyor and researcher with the Institute of Nautical Archaeology, specializing in difficult conditions around the globe. Led a multi-year mission to find, study and map abandoned Klondike-era sternwheelers in the Yukon River.

MARC ST-ONGE (FRCGS)
1955- | Ottawa
Has led geological mapping and research projects from the Coppermine River, N.W.T., and Baffin Island, Nunavut, to Tibet and Nepal. Lead author on more than 120 geological maps, including the Geological Survey of Canada’s first-ever maps in Inuktut. Discovered the world’s oldest rocks in the N.W.T. in the 1980s. 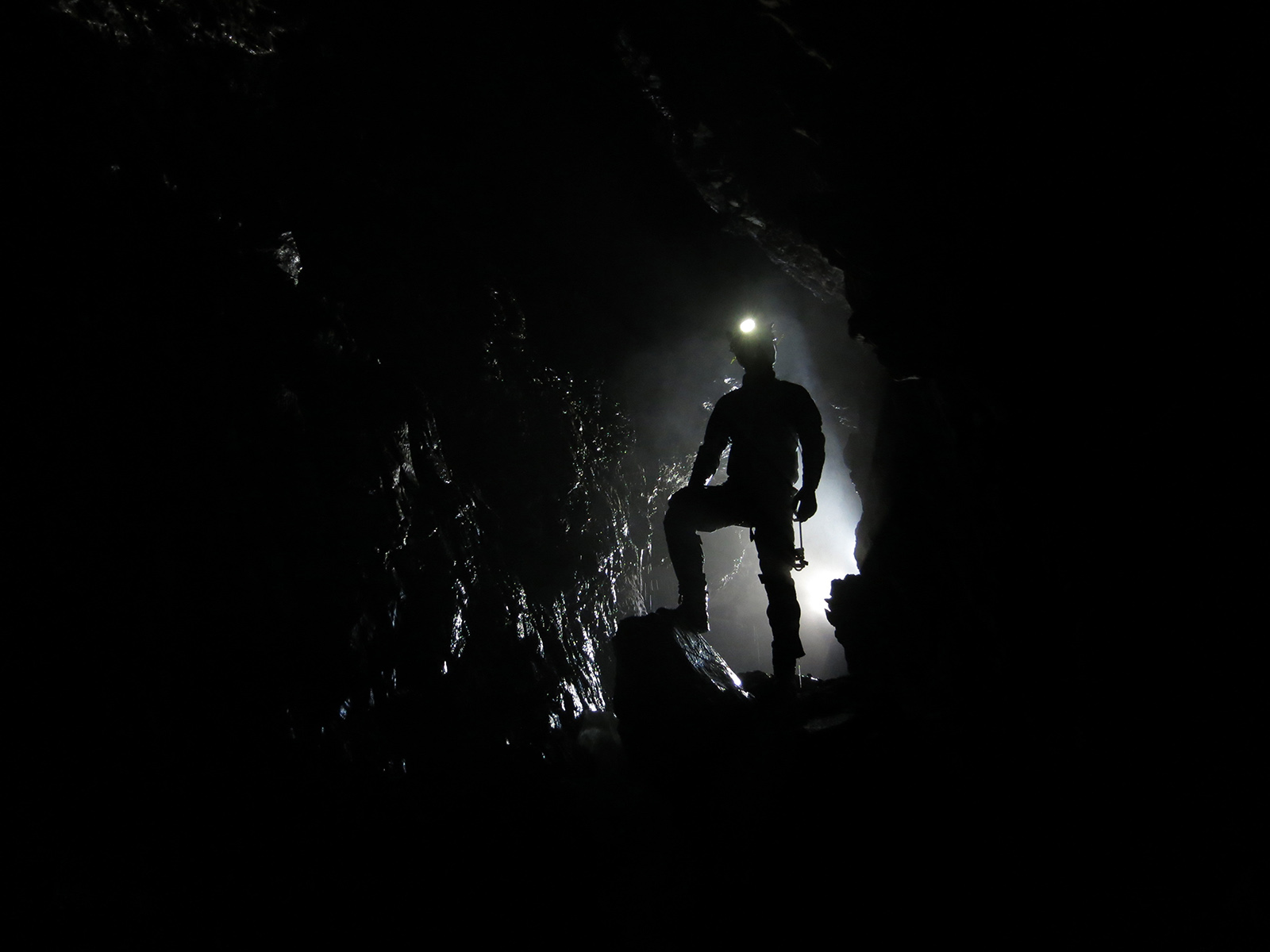 World cave explorer and guide who spends 200-plus days underground each year. Leader of the multi-year expedition to map Raspberry Rising, a cave in Glacier National Park, B.C., confirmed as the country’s longest marble cave.