Part of our roundup of 90 of Canada’s greatest explorers, these 17 explorers made major contributions to our understanding of Canada’s history and geography
January 20, 2020

Her fresh-pressed tan flight suit was adorned with new Canadian space emblems that matched her red turtleneck. It was in 1983, as I graduated from high school, that I got to see what a Canadian woman astronaut looked like. That might seem inconsequential today, but when the National Research Council of Canada created the Canadian Astronaut Program and selected Roberta Bondar in the first class, I was elated. Here was an example of a woman exploring her fullest potential in a male-dominated niche. Of 4,300 applicants for the first crew spots, only 11 per cent were women.

In the photo, Bondar just looks like part of the team, outfitted in the same flight suit as her five male colleagues. But she had already blasted through the glass ceiling of space. Serving as the first neurologist in orbit, her expertise would be instrumental to medical research both on and off Earth.

In January 1992, she flew on Space Shuttle Discovery while Canadians celebrated their second fellow citizen in space. But that eight-day mission encouraged more than an interest in space flight and the study of medicine: it stimulated new explorations in artistic expression. After her career in space, Bondar studied nature photography at the celebrated Brooks Institute of Photography, Calif., later publishing several books and participating in national and international photographic exhibitions. She also established The Roberta Bondar Foundation, a non-profit that supports conservation and environmental stewardship through art.

Roberta Bondar’s example has inspired a new generation of multi-disciplinary explorers who are able to communicate about our natural world through talents that merge the science of the extremes with fine art. It was her exploration of outer space that inspired me to dive deep into the planet, exploring the water-filled recesses and deep oceans of inner space.

*Representing all Canadian astronauts. Since the country’s space program was founded in 1983, 14 Canadians have earned spots as CSA astronauts, flying on 17 missions and frequently serving in mission control and other critical roles.

ALEXANDER HENRY “THE YOUNGER”
1765-1814 | Western Canada
Criss-crossed the nation between Lake Superior and the Pacific coast in the employ of major fur companies, exploring and, most importantly, writing the finest record of any northern fur trader.

SYLVESTER JOE
Unknown-1839 | Newfoundland
A famous Mi’kmaq hunter and explorer who guided William Cormack, the first Euro-Canadian to cross Newfoundland. Together they searched for signs of the lost Beothuk people.

CATHARINE PARR TRAILL
1802-99 | Lakefield, Ont.
Author and botanist who performed early studies of Canada’s natural history. Wrote Studies of Plant Life in Canada, The Backwoods of Canada and other works about life as a pioneer.

SUSANNA MOODIE
1803-85 | Belleville, Ont. / Toronto
Author and anti-slavery activist. Wrote Roughing It in the Bush and other works about pioneer life in Upper Canada’s backwoods and clearings. 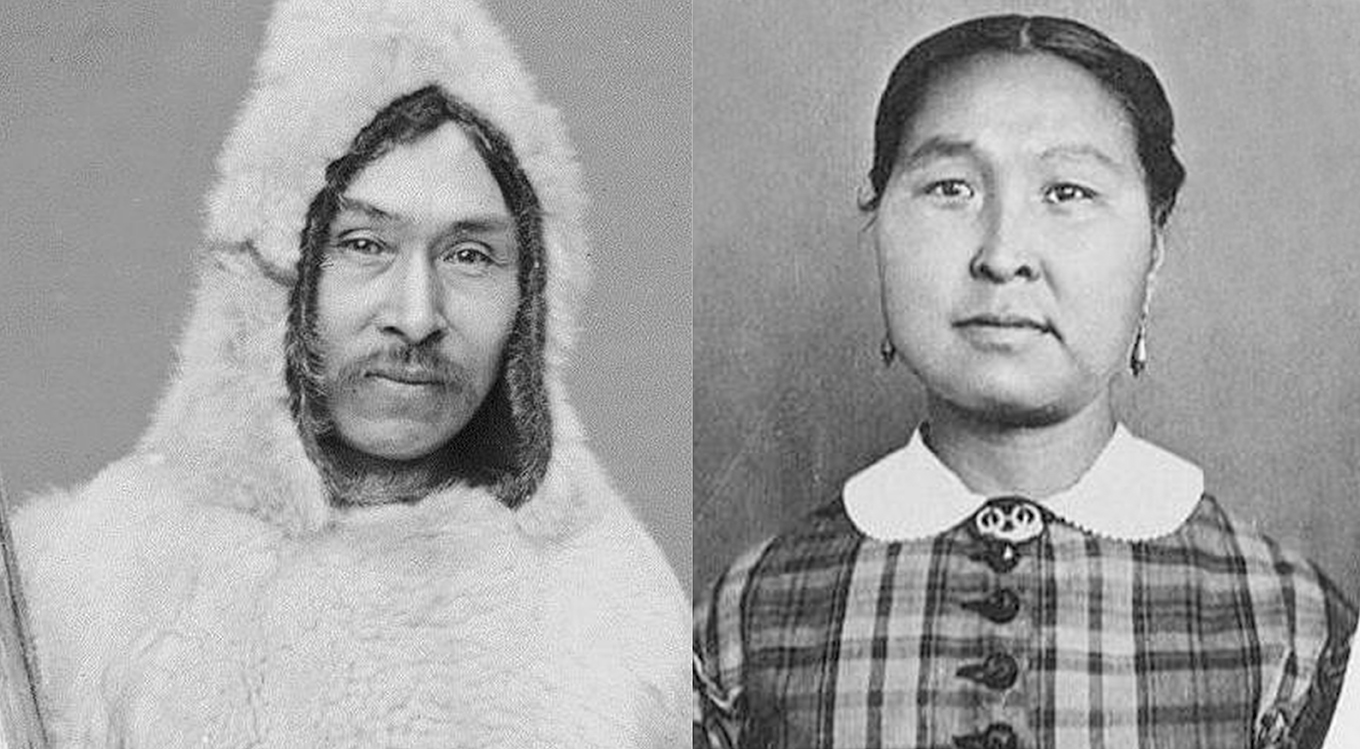 A couple from Baffin’s Cumberland Sound area who interpreted and hunted for, guided and taught survival skills to Charles Francis Hall (who sought signs of Franklin and Frobisher) and other explorers. They were exhibited by Hall on lecture circuits, but returned to the Arctic for his disastrous final expedition, which they survived. 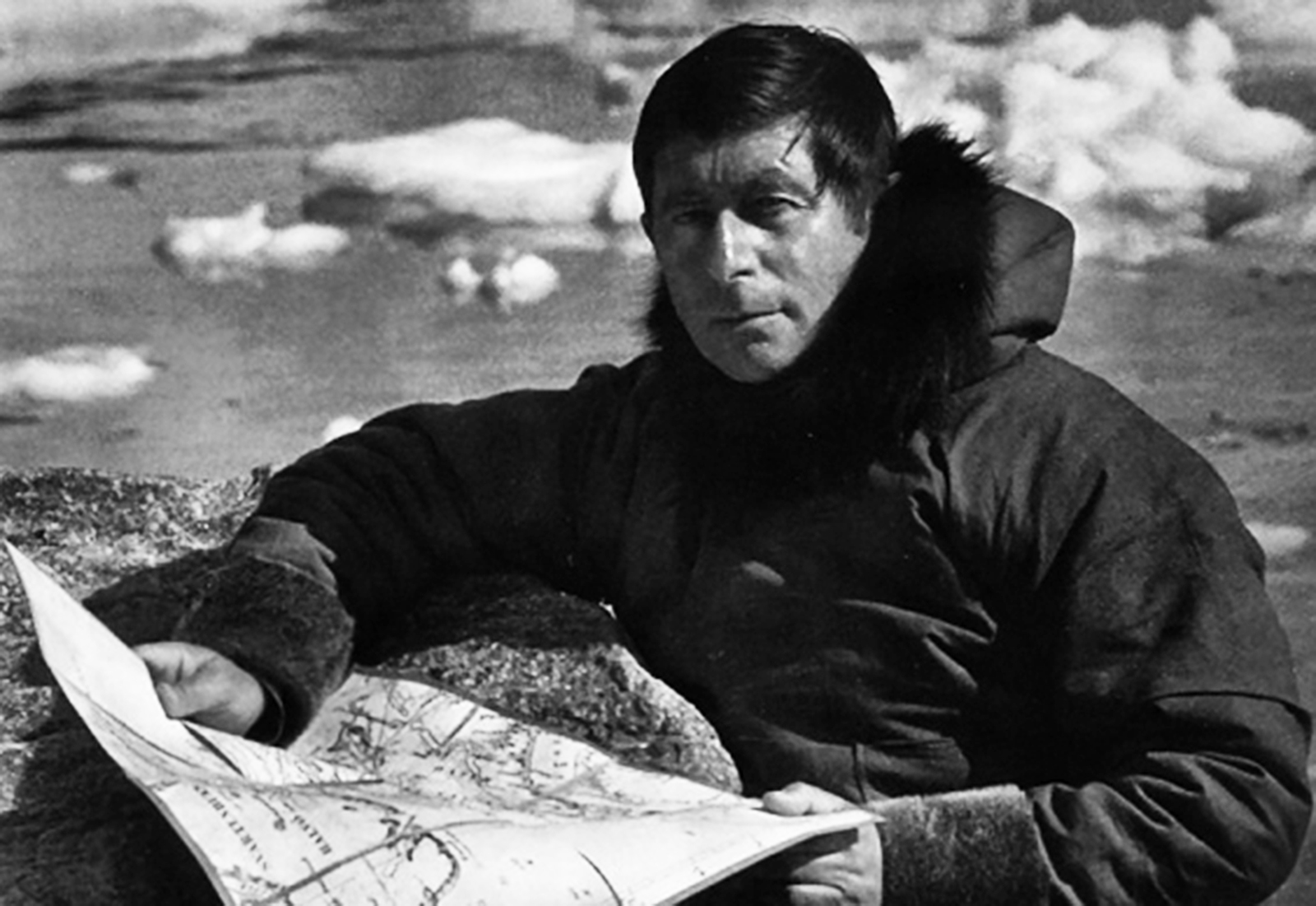 A colleague of Rasmussen’s once remarked: “No matter whether it was Greenlanders or [Inuit] in Canada and Alaska, he came as one of them. They unfolded their soul to the greatness and warmth of his being, and in return he received their simple tales of life and its struggles with the mysterious powers, their wild legends and fine poetry.” Raised a product of two worlds, fluent in both Greenlandic and Danish, Rasmussen was accepted equally by shaman and scientist. As a person, he preferred hardship to boredom, danger to inactivity, the knife blade of hunger to the dull satisfaction of gluttony. Most importantly, he was an explorer of both place and people, and this is what made him great.

Above all, he was curious about the entire civilization of the “Polar Eskimo.” Between 1912 and 1933, he launched the seven Thule expeditions from the Arctic trading station he had built at Cape York, Greenland. (Over more than 20 years of harrowing travel and exploration, only two men died on Rasmussen’s watch. Few could match such a record.) It was the Fifth Thule Expedition (1921-24) that established him as the greatest scholar in the history of Arctic ethnography, for he had conceived to “attack the great primary problem of the origin of the Eskimo race.” In three and a half years, he travelled more than 30,000 kilometres, traversed the top of North America and became the first to cross the Northwest Passage by dogsled. There had been nothing like it since Lewis and Clark. From this expedition came a 10-volume account condensing his insights and discoveries, natural history, prehistory and archeology, linguistics and ethnography.

Unlike so many other explorers, he had no interest in self-aggrandizing yet pointless adventures. The history and culture of the Inuit was his Holy Grail.

*Rasmussen spent less than three years in Canada, but his discovery of the interrelation of Inuit across the Arctic was so momentous, we are fast-tracking his “citizenship” and including him here. — Ed.

ARTHUR PHILEMON COLEMAN (FRCGS)
1852-1939 | Lachute, Que.
A renowned geologist, mountaineer and academic whose explorations of Rocky Mountain ranges, the Great Lakes and other regions introduced many to Canada’s geological wonders.

ROBERT BARTLETT
1875-1946 | Newfoundland
An Arctic mariner and cartographer who undertook more than 40 expeditions, including the 1913-18 Canadian Arctic Expedition, adding much to our understanding of the North. 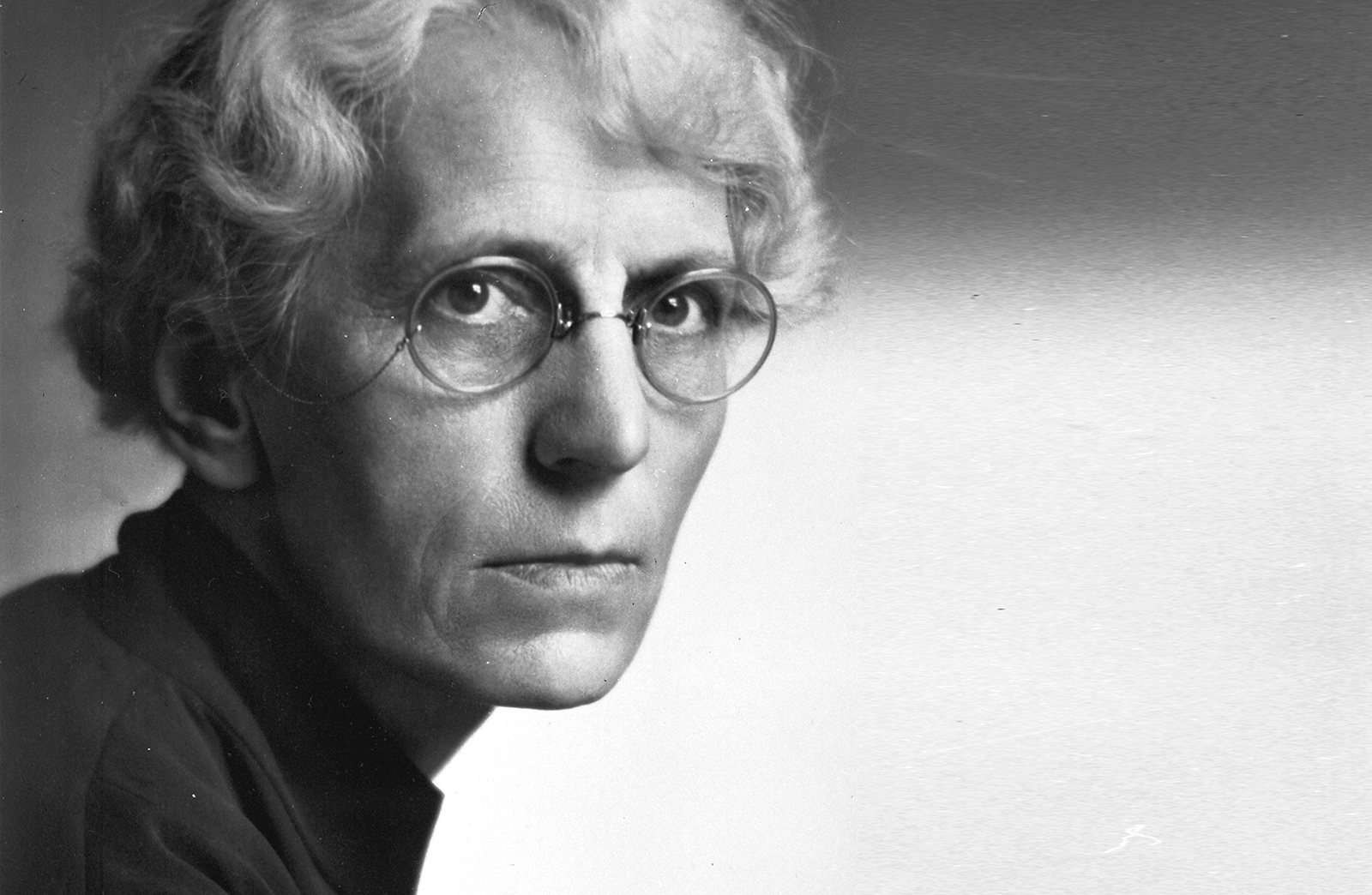 Canada’s first woman geologist and the foremost expert on the geology and paleontology of the Ottawa and St. Lawrence river valleys. She became a celebrated scientist despite having few of the opportunities available to men in her field. 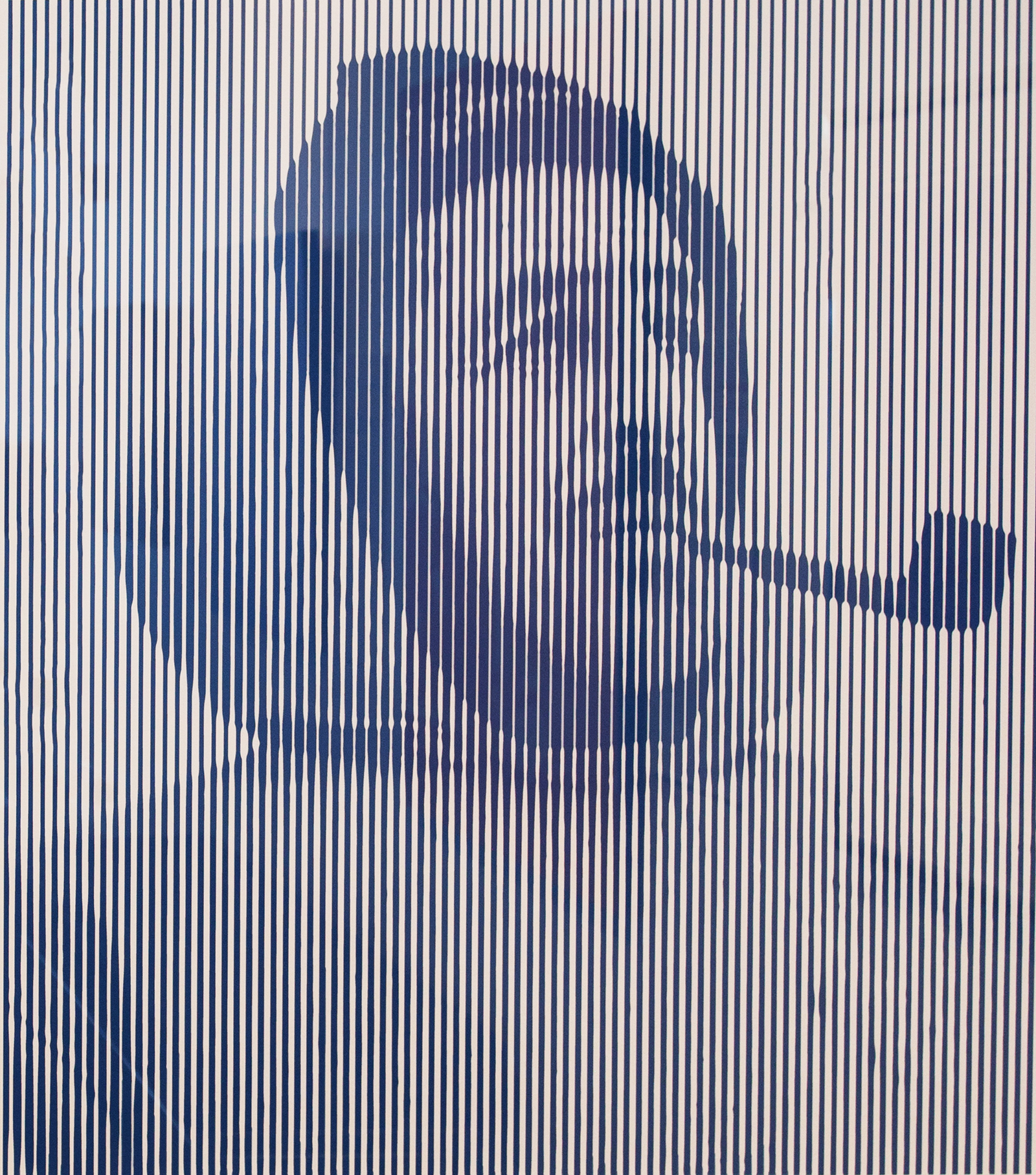 Explored and mapped the remote North, and in 1955 led the largest multidisciplinary research expedition then undertaken, surveying 260,000 sq. km of the High Arctic. He was later named director of the Geological Survey of Canada.

DAVID GRAY (FRCGS)
1945- | Metcalfe,Ont.
Arctic wildlife biologist, writer and documentarian who has studied the behaviour of birds and mammals across the archipelago. He also led the 2013 search for the remains of the 1913-18 Canadian Arctic Expedition.

JOHN ENGLAND (FRCGS)
1946- | Edmonton
Scientist and specialist in northern environmental change who has spent 50 years studying the Arctic Archipelago and mentoring numerous students in and out of the field. He was instrumental in the founding of Canada’s northernmost national park, Quttinirpaaq.

PHILIP CURRIE (FRCGS)
1949- | Edmonton
World-renowned paleontologist and Royal Tyrrell Museum founder. He has named dozens of dinosaur and pre-dinosaur species, and was integral to several game-changing discoveries and theories, including that dinosaurs were feathered and that some hunted in packs. 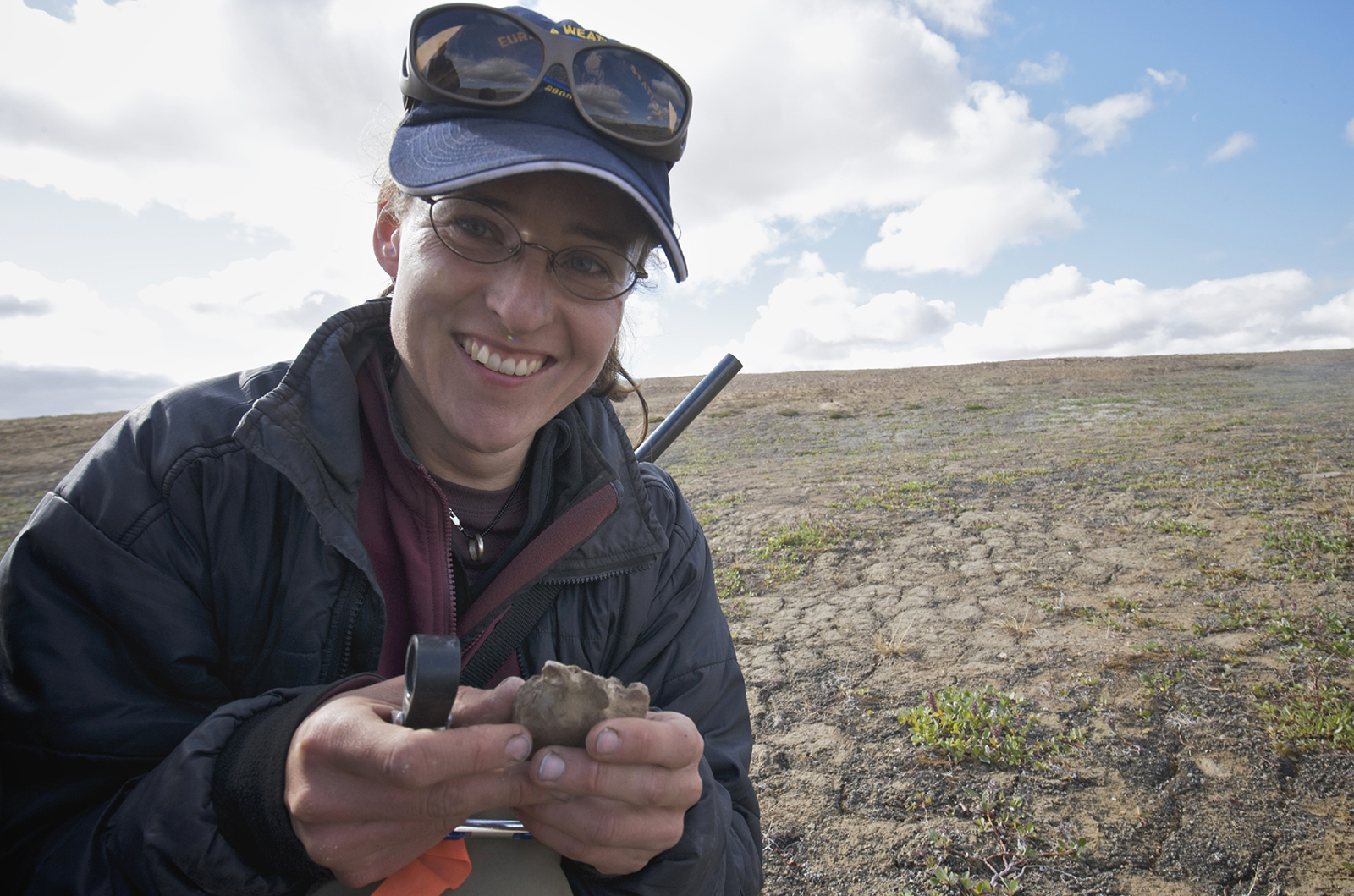 Paleobiologist and Canadian Museum of Nature research associate who has highlighted climate change from the Pliocene to the present. She discovered a High Arctic camel species and Puijila darwini, a forerunner of today’s ocean-going seals.

Previous: Introduction • Next: Charting the unknown