This is what 50 Sussex looks like from orbit | Canadian Geographic

Astronauts aboard the International Space Station enjoy the ultimate view of our planet and all its natural and human-made wonders. Fortunately, thanks to the Internet and social media, the privileged few are able to share their perspective with those on the ground.

It’s always fun to see your city pop up on the Twitter feed of an astronaut, and we at The Royal Canadian Geographical Society were especially excited when NASA astronaut A.J. (Drew) Feustel, current commander of the ISS, tweeted a photo of Ottawa that included our new headquarters at 50 Sussex Drive.

Feustel tweeted the image on July 1, Canada Day, along with a photo of himself surrounded by floating maple leaf-themed treats. (Fuestel holds dual American and Canadian citizenship and obtained his PhD at Queen’s University in Kingston, Ont.)

Here’s to @Canada on the nation’s 151st birthday! The view of the country is beautiful from @Space_Station, especially #Ottawa. Wishing all of you on Parliament Hill and across Canada a happy #CanadaDay pic.twitter.com/uHE3zpwfCP

50 Sussex was easy to spot thanks to its proximity to Rideau Falls. Can you find other Ottawa landmarks such as Parliament Hill, the National Gallery of Canada and the Rideau Canal? 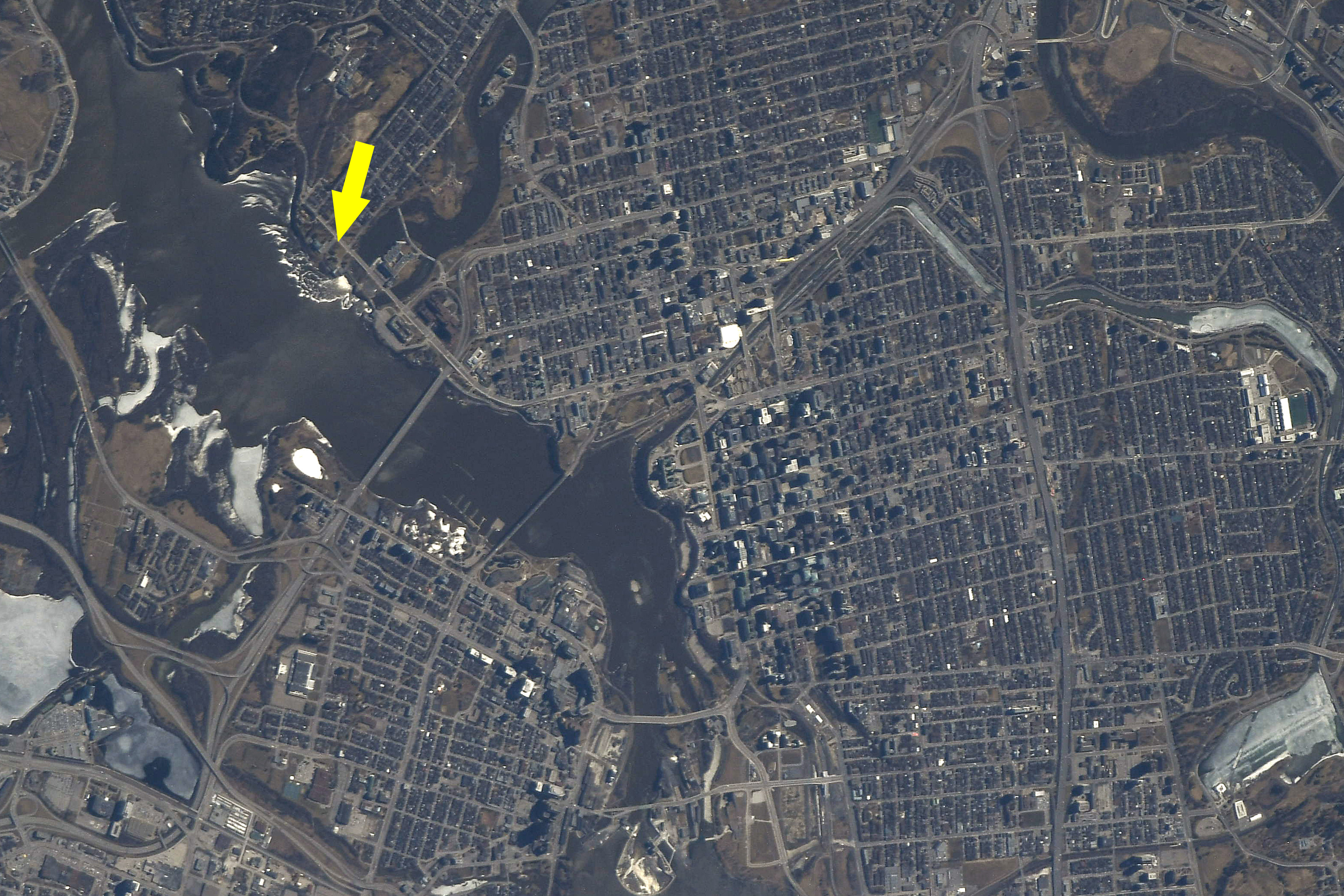 While Fuestel’s image was clearly snapped sometime in the spring (note the ice and snow still covering parts of the landscape), summer is the best time to come and see 50 Sussex for yourself, with three great exhibitions on now through September 15.

Feustel is slated to return to Earth in October; another Canadian, CSA astronaut David Saint-Jacques, will blast off for the ISS in December.