Grizzlies, monarch butterflies and other keystone species could be at risk
By Annie Rueter
August 14, 2018

Grizzly bears, bald eagles, gray wolves and the American alligator: These are just a few species brought back from the brink of extinction with the help of the U.S. Endangered Species Act (ESA), signed 45 years ago.

But the act, often described as the gold standard for conservation legislation, may experience some changes in the near future. Last month, the Trump administration proposed several changes that could weaken the ESA and its ability to implement regulations, and conservationists in Canada are concerned about the potential cross-border impacts.

“Maintaining viable populations of transboundary species requires strong efforts on both sides of the border, and any signal that goes in the direction of weakening those efforts is negative for wildlife,” says Harvey Locke, co-founder of Yellowstone to Yukon, a joint Canada-U.S. non-profit conservation organization based in Canmore, Alta. Yellowstone to Yukon focuses on protecting and connecting habitats and critical migration corridors across this north-south running, continent-crossing mountain ecosystem.

The proposed changes give economic and industrial considerations greater weight when making conservation decisions. But that’s a “slippery slope,” says Jodi Hilty, president and chief scientist at Yellowstone to Yukon.

“That is problematic from a biodiversity-conservation perspective because so much of the reason why species are endangered is because of economic interest,” she says.

The proposed changes would also make it more difficult to add species to the list and easier to remove them from protection. Animals listed as threatened, like the northern spotted owl or manatee, for example, would no longer benefit from blanket protections under section 4(d) of the ESA. In the past, the U.S. Fish and Wildlife Service (UFS) has used 4(d) to prohibit the “take” of all threatened species. (“Take” means any actions that “hunt, harass, harm, pursue, hunt, shoot, wound, kill, trap, capture or collect” a species.) Currently, 716 animals are listed as endangered or threatened under the act.

Trans-border carnivores with low population densities — specifically grizzly bears — have Locke and Hilty especially concerned about the impact of a weakened ESA.

“Isolated populations of these animals will not suffice,” says Hilty. Yellowstone to Yukon has worked hard to restore a critical migration corridor through the trans-boundary Purcell and Selkirk mountains that would allow distinct populations of bears to interbreed.

Should the the U.S. weaken the recovery priorities of southern mountain grizzlies, grizzly populations to the north could be negatively impacted, Hilty says.

“Historically, these small pockets of populations — both in the U.S. and in Canada — have gone extinct,” she says. “I don’t want to see this go the wrong direction, especially because we have seen such amazing recovery of populations in Yellowstone and in the Northern Continental Divide system due to the Endangered Species Act.”

Grizzlies were recently removed from the protection of the ESA within the Greater Yellowstone Ecosystem after making a recovery, and the state of Wyoming opened up grizzly hunting permits for the first time in 43 years — a highly controversial move. Conservationists Jane Goodall and Cynthia Moss are among those protesting the decision.

In Canada, the status of grizzlies varies from province to province. Parks Canada says the Prairie population of grizzly bears are locally extinct (extirpated) in Alberta, Saskatchewan and Manitoba, and in British Columbia, nine of 56 grizzly population units are threatened. They are listed as a species of special concern by the Committee on the Status of Endangered Wildlife in Canada, which independently assesses species and recommends protections under the federal Species at Risk Act (SARA). 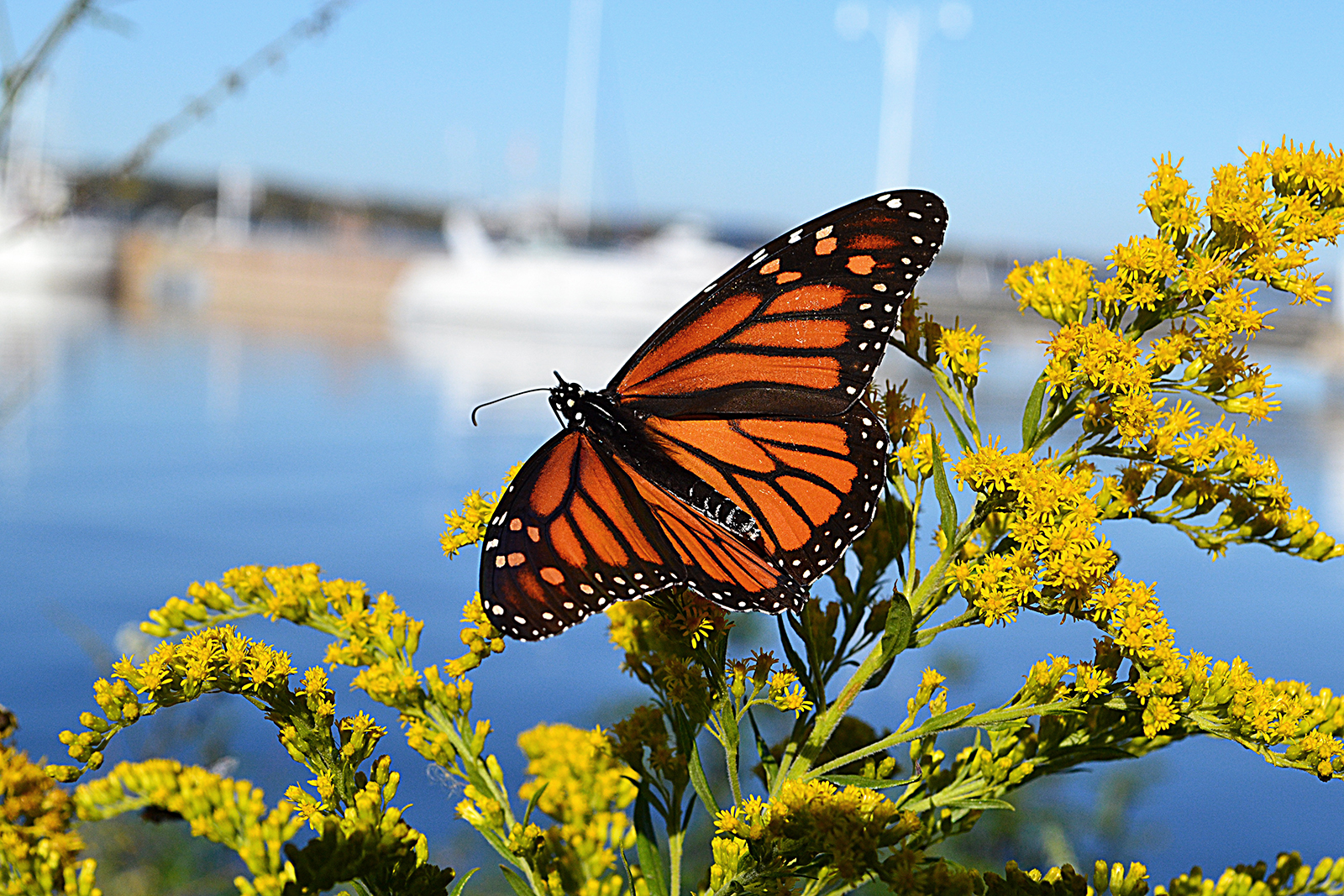 Hilty is concerned that changing attitudes toward conservation could also affect another migratory species: monarch butterflies. In the past, Canada, Mexico and the U.S. have worked together on conservation efforts for monarchs, which were recommended for listing under SARA in 2016. Currently, the UFS is conducting a species status assessment of the monarch to see if the butterfly needs ESA protection.

“While there are various threats in the three countries, probably the biggest threat is in the U.S. Midwest, where neonicotinoid use has caused a large decline in their food source and where they reproduce — milkweed,” Hilty says.

Neonicotinoids are a classification of insecticides that have been shown to have detrimental effects on pollinators and have been linked to declining honeybee populations in Canada. The USF recently rolled back an Obama-era ban on neonicotinoid use on wildlife refuges where farming is allowed. Signed Aug. 2, the memo allows for the use of GMO crops and neonicotinoids in more than 50 National Wildlife Refuge areas.

“A significant shift in how that’s prioritized, or whether they address that, could very well affect species like that in Canada and Mexico,” says Hilty.

A continental approach to conservation

For Locke and Hilty, large-scale, international conservation efforts are the way forward.

“We really need to think of ourselves as citizens of North America and of the world, not as national countries that don’t care about the impacts we have on nature at a scale beyond our own boundaries,” Locke says.

Fortunately, Canada is pushing to support international conservation by working to achieve protection of large, connected landscapes and waterscapes. Canada ratified the Convention for Biological Diversity, which set a target of protecting 17 per cent of connected land areas and 10 per cent of its marine areas by 2020. The U.S. has not yet ratified the convention.

But past transboundary cooperation between Canada and the States has lead to powerful conservation legislation, such as the Migratory Bird Treaty. The Treaty was signed more than 100 years ago and currently protects more than 1,000 migratory birds.

Despite the threats to the ESA, Locke is hopeful that the U.S. will uphold its tradition of gold standard conservation legislation.

“I hope the Americans continue their more generous approach to wildlife that has been an inspiration to the entire world, and not weaken it at this time of enormous economic prosperity in the United States.”