Through the Key Biodiversity Areas program, rare, endemic and underappreciated species are finally getting their due as important components of their ecosystems
By Ciara Raudsepp-Hearne
May 21, 2020

Most bugs don’t get a lot of respect — we step on them on sidewalks, swat them away on summer patios, and curse them on long canoe portages. But bugs are vital to ecosystems, just as are a whole bunch of other underappreciated species, including lichens, slime molds, grasses and molluscs.

Through the Key Biodiversity Area (KBA) program, these lesser-known and sometimes rare and endemic (restricted to a particular location) species are finally getting their due. The KBA program is an effort to identify areas that are unique when it comes to the species or ecosystems they contain or that have special ecological value, whether it is salt marshes on the east coast, alvars in Ontario, remnant tall grass prairie across the west or eskers in the north. It may even be a set of channelized creeks on agricultural land in the Fraser Valley of British Columbia, where some of the last populations of the Salish Sucker (a fish) are found.

The KBA program is a direct — and very concrete — response to the problem of biodiversity loss, highlighted powerfully in the 2019 UN report that found that a million species are currently headed toward extinction, some within only a few decades.  It represents a global effort, led by the International Union for the Conservation of Nature, to seek out and map some of the places with the most fragile elements in the web of biodiversity that sustain life on Earth. A range of biodiversity elements can trigger the process of KBA designation, but only if those elements are strongly present. While KBAs don’t mandate any specific protections for these important places, they provide a rigorous framework for bringing attention to the places that most need special management if we want to sustain global biodiversity.

Canada has been a leader in implementing the KBA program, and our KBA program has been moving quickly to put coordinators in place across the country to kick off the process of identifying key areas in each region. Wildlife Conservation Society Canada (WCS Canada) as the Canadian program coordinator has been working with a number of national conservation organizations and governments to develop both strategies for identifying KBAs and mapping actual hectares on the ground. As a group, we have already identified 99 candidate KBAs across Canada and we are just getting started. These sites are considered special for everything from aquatic insects and fish to rare flowering plants and caribou. 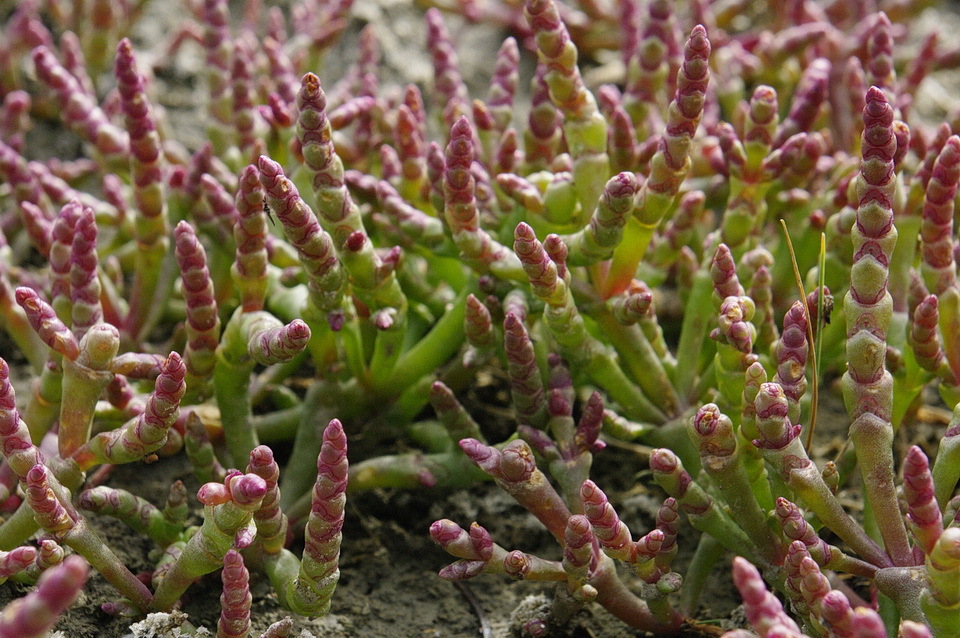 Boreal saltwort, a critically imperilled plant species with a very small range in Manitoba and the Yukon. The Key Biodiversity Areas program aims to bring attention to places that need special attention in order to conserve their biodiversity. (Photo: Andy Fyon)

More than anything, doing this work requires on-the-ground knowledge. We rely heavily on knowledgeable local people – from local naturalists and species specialists to First Nations people who have a generations-deep knowledge of their traditional territories. We have brought these knowledge keepers together in workshops in places such as the Yukon, where, under the leadership of local coordinator Maria Leung, 26 potential KBAs have been identified. Despite our best efforts, however, we have been unable to identify KBAs for about half the species that we know are special in Yukon because we simply don’t have enough information about their population sizes and distribution — yet.

Another group we turn to for guidance are the scientists behind Canada’s list of species at risk.  We look carefully at the assessments put together by the Committee on the Status of Endangered Wildlife in Canada (COSEWIC) as a guide in particular to those species that exist in only one small patch of habitat in a huge country or a species that fits a unique niche, like the northern edge of a habitat range — places that may be under increasing pressure from development and/or a changing climate. As Canadian Geographic reported in December, more than half the species on the COSEWIC list are “small, obscure species with limited ranges” – just the kind of things our KBA experts are looking for.

Our intention is to ensure that the places that make it on the KBA list get more respect, including more attention to what needs to be done to conserve their special features in the face of climate change and an expanding human footprint. This doesn’t mean making every KBA a park or protected area, but it is a way of helping everyone from governments and local communities to local landowners better understand and value these areas.

The special values of these places are also being captured in a new biodiversity database developed by NatureServe Canada that will help us integrate the knowledge of a generation of naturalists and others who have led us to these hidden gems. Right now, this knowledge is very scattered so the NatureServe database will improve our ability to use and share information about the distribution of species to inform conservation broadly. Meanwhile, Birds Canada is building on their experience with Important Birds Areas and is developing another database to show where KBAs are located across Canada and communicate why they are exceptional. This information will give us a great tool to address biodiversity loss by allowing us to direct efforts to places where conservation action can really make a difference.

KBAs are just one tool in the fight against biodiversity loss. Protecting big wild places like British Columbia’s Greater Muskwa-Kechika or the Peel Watershed in Yukon are equally critical initiatives where WCS Canada scientists have again taken the lead in documenting what makes these places so special.

As Canada works toward its goal of protecting 25 per cent of its landscape by 2025, understanding where to focus our conservation efforts will be key. And that’s why we will continue to reach out to knowledge keepers to better understand Canada’s vast wild landscape through the Key Biodiversity Areas program.

Ciara Raudsepp-Hearne is the Canada Key Biodiversity Areas Coordinator at WCS Canada. She is an environmental scientist focused on understanding the different ways that people value and benefit from nature.