The plastic problem on Haida Gwaii felt like witnessing a second wave of colonization
By Danielle Moore
August 10, 2018
This spring, 40 Canadian youth aged 18-30 came together in Haida Gwaii for a 10-day expedition as part of Ocean Wise’s Ocean Bridge program. Ocean Bridge aims to empower young people to make an impact in ocean conservation by giving them the tools and confidence to lead educational and service projects in their own communities. Throughout the month of August, Canadian Geographic is featuring the voices of some of this year’s cohort as they reflect on their experiences in Haida Gwaii.

I am a marine biologist living in the prairies. I know; it surprises me too, sometimes.

After graduating from my undergrad on the East Coast, I decided to move to Winnipeg (Treaty 1 territory) with my partner so he could be closer to his family. I thought that living here meant I would no longer be involved in exploring, studying, and protecting the oceans. Little did I know that I was about to become part of a bigger ocean journey than I ever could have imagined.

Selected along with 39 other youth from all over the country for the Ocean Bridge program, I travelled to Haida Gwaii to support, co-lead, and participate in ocean health service projects within the community. Over the course of just 10 days, I learned more about my country, the people living within it, and quite honestly, about myself, than I could have predicted.

The day that most deeply affected me was the day we travelled by boat to K’yuusda, the oldest Northern Haida village, now an archaeological and cultural revitalization site, and walked through a trail to get to Lepas Bay (T’aalan Stl’ang) for a beach cleanup. As we walked through the remains of this old village, most of it swallowed by nature, our guide, Raven Ann, talked
about the Haida culture, and what life was like pre-colonization. Hearing Raven Ann speak to the resilience of the Haida Nation to this day, reclaiming their land and water with a fierceness after losing most of their population to smallpox post-settlement, made me humbled to be on the land of such a strong, determined, and persistent people. 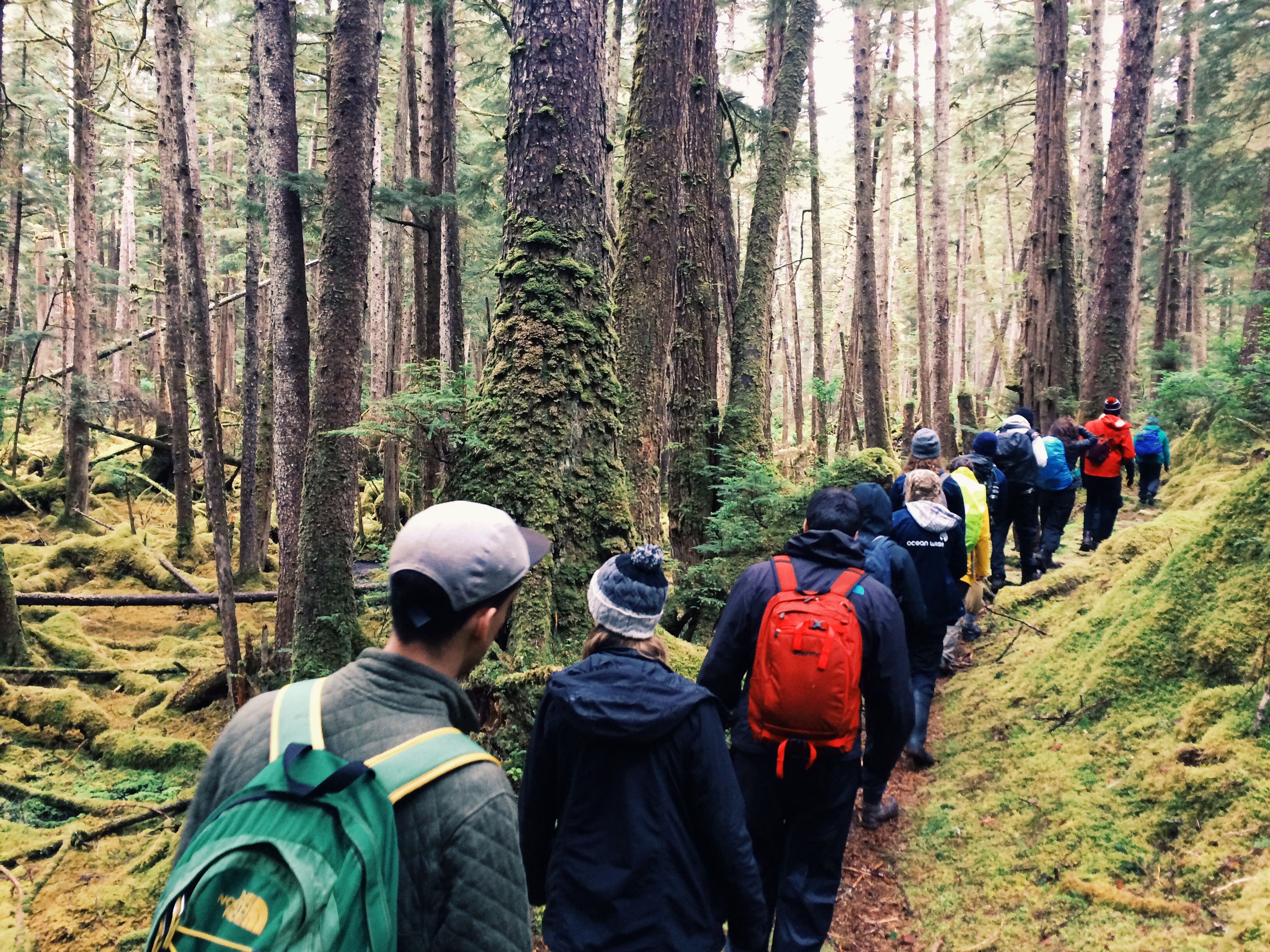 We walked through the most magical forest, which was heavily blanketed in bright green moss, to a beach and rediscovery site called T’aalan Stl’ang, which means “the beach that has everything” in Haida. While on T’aalan Stl’ang, I was captivated by the beauty of the landscape before me. A rocky tree-covered cliff bordered the fine-grain sandy beach, which was level and flat, leading to sparkling water.

But, looking more closely, I began to see that all was not well on this seemingly pristine beach. There was plastic scattered along the shoreline, mainly within the driftwood and in the forest. Looking down, I saw dozens of tinier pieces of plastic embedded in the sand. In this environment, where rough waves often crash against the cliff, plastic breaks up quickly. I could have sat in one place for the whole cleanup, just picking up the little pieces in front of me. 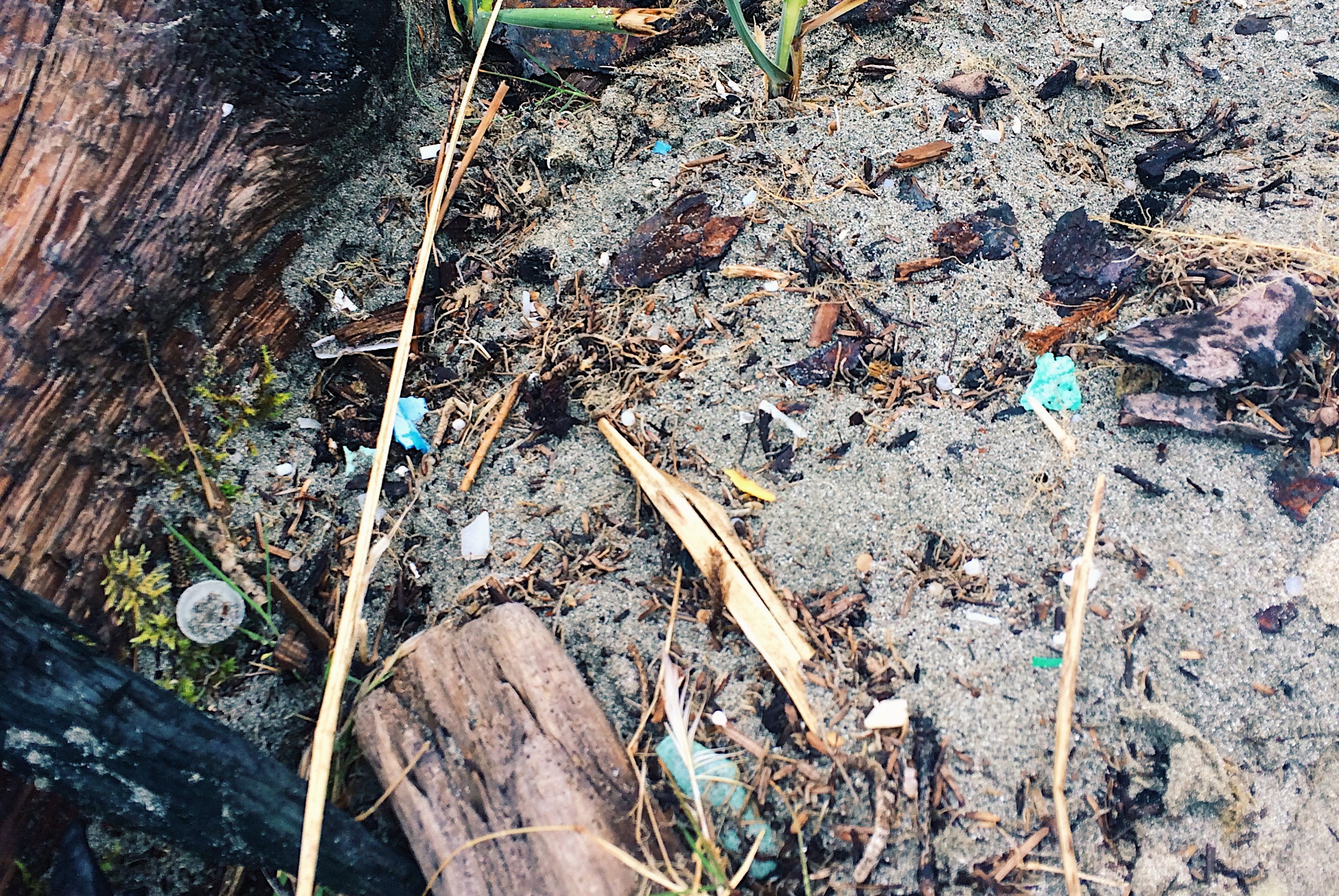 One of my new friends mentioned that the plastic problem on Haida Gwaii felt like witnessing a second wave of colonization. Here was this remote cultural site, left to deal with the global waste that has found its way to this shoreline.

This area is one of many that are natural catchment sites for marine debris around the world. This “second wave of colonization” extends beyond plastic. There are certain communities and areas of the world that disproportionately
experience the negative effects of climate change, resource depletion, water pollution, etc.

I greatly valued my time learning from the Haida. My favourite lesson is the principle of yahgudang, which means to pay respect, to recognize our place within the web of life. For thousands of years, the Indigenous peoples of Turtle Island (now known as Canada) have understood the reciprocal relationship between earth and humankind. How can we (re)learn the
principle of yahgudang? How can we live in harmony with nature? Our group was given some advice from Haida Elder Barbara Wilson one night: slow down, listen to the earth -- always with intention. 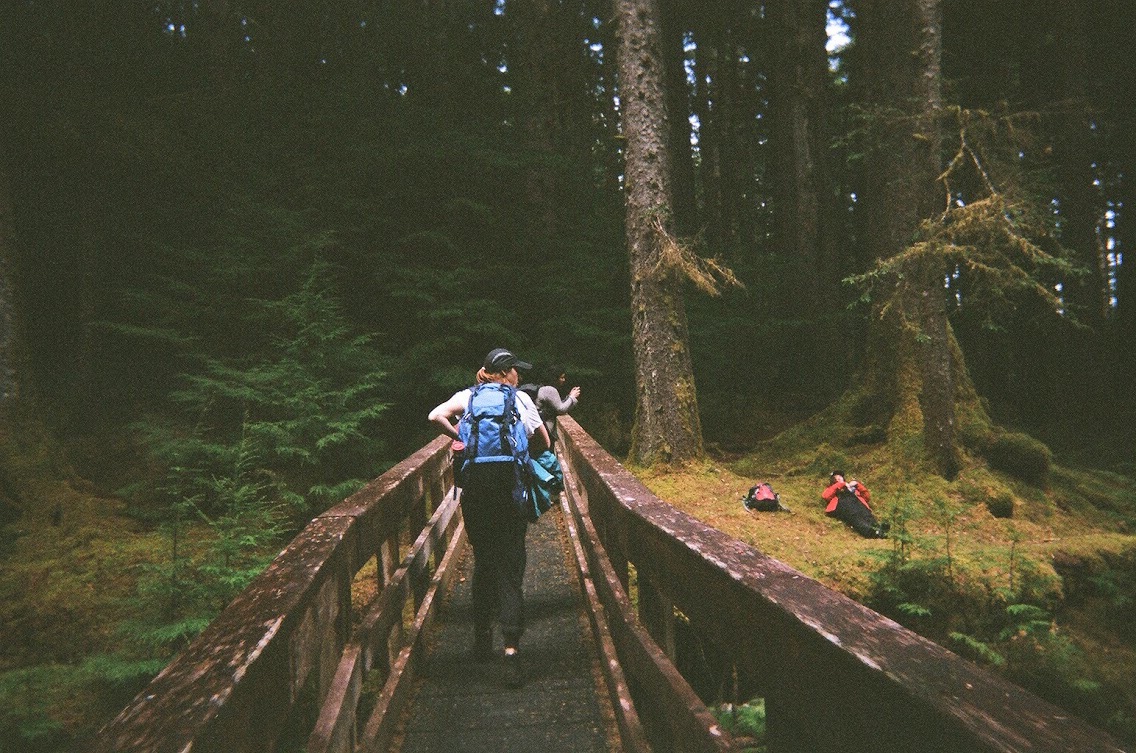 I strongly believe that providing youth with experiences like these is essential to cultivating our next generation of leaders. Throughout our short time in Haida Gwaii, I witnessed a collective that worked together in harmony. I witnessed a diverse group of individuals respectfully talk about differences (in opinion, belief, experience) with a generosity of spirit, and share their passion and love for the land and oceans with great fierceness. I am so grateful to the Haida Gwaii community for being so welcoming, the 39 other participants who quickly became some of my closest friends (and teachers), the leaders at Ocean Wise who made this possible, and the funding that allowed us to embark on this experience.

I’ll leave you with this quote that I stumbled upon at the Haida Gwaii Museum, which encapsulates the lessons I learned on this trip:

“People are like trees, and groups of people are like forests. While the forests are composed of many different kinds of trees, these trees intertwine their roots so strongly that it is impossible for the strongest winds which blow on our islands to uproot the forest, for each tree strengthens its neighbour and their roots are inextricable entwined… just as one tree standing alone would soon be destroyed by the first strong wind which came along, so it is impossible for any person,
any family, or any community to stand against the troubles of the world.”
— Chief Skidegate, Lewis Collinson 1966
Danielle Moore graduated with a Bachelor of Science in Marine Biology and Oceanography from Dalhousie University, where she studied right whale feeding habitats and whale vocalizations. Throughout her studies, she has explored the ocean across the globe, from Costa Rica to Bermuda to Israel. She currently resides in Winnipeg.