Hearts in the Ice: Citizen Science

From phytoplankton to drones, citizen science in the remote Svalbard wilderness is contributing to research around the world
By Tanya Kirnishni
February 28, 2020

Polar adventurers Hilde Fålun Strøm and Sunniva Sorby have been living in an isolated trapper’s hut on Svalbard for more than five months now. From surprise polar bear encounters on their doorstep to beautiful aurora borealis in the depths of the polar night, it’s been both a challenging and rewarding experience.

Strøm and Sorby started the Hearts in the Ice (HITI) project to raise awareness about climate change in our polar regions and to inspire a global dialogue around it. They’re using their time at the remote cabin Bamsebu to contribute to projects from organizations around the world as citizen scientists. Citizen science is a term given to any project that involves public collaboration in contribution to scientific research. The goal is to engage the public and use the data collected to increase overall knowledge on a given subject.

“During several decades, the overall trust in science has declined globally,” says Borge Damsgard, acting director and department head of Arctic biology at the University Centre in Svalbard. He is one of the lead scientist contacts for HITI. “There are obvious differences between countries, but we see more and more signs of mistrust of, for example, climate change research.”

One of the challenges is that people find it difficult to connect to big-picture global data, Damsgard adds. “Citizen science is a way to close the gap between people’s perception and scientists monitoring the climate changes.”

Here’s a look at the six citizen science projects Strøm and Sorby are supporting during their nine-month adventure.

The remote location of Bamsebu, away from light pollution and at a high latitude, offers a unique opportunity to observe the northern lights consecutively over a longer period of time. Strøm and Sorby are monitoring when they see the aurora borealis, their appearance and form, and where in the night sky they are showing up. Their observations will aid scientists in gaining a better understanding of the structure of aurora borealis and the environmental conditions in which they occur. Check out the last HITI Google Hangout with Dr. Elizabeth MacDonald for more about aurora borealis.

Microscopic marine life observations with the Scripps Institution of Oceanography

“Phytoplankton are the key to life. They provide food and oxygen to the world,” says Allison Cusick, a PhD student at Scripps Institution of Oceanography and a key contact for the phytoplankton study. “Citizen science collaborations like HITI help scientists learn more about these dynamics at a timescale one scientist alone couldn’t manage.” For this project, Strøm and Sorby are observing phytoplankton in the waters surrounding Bamsebu. For their observations, they’re using a Secchi disk, a tool that helps measure water depth and transparency, and a plankton net. Check out the last HITI Google Hangout with Allison Cusick about polar ecology. 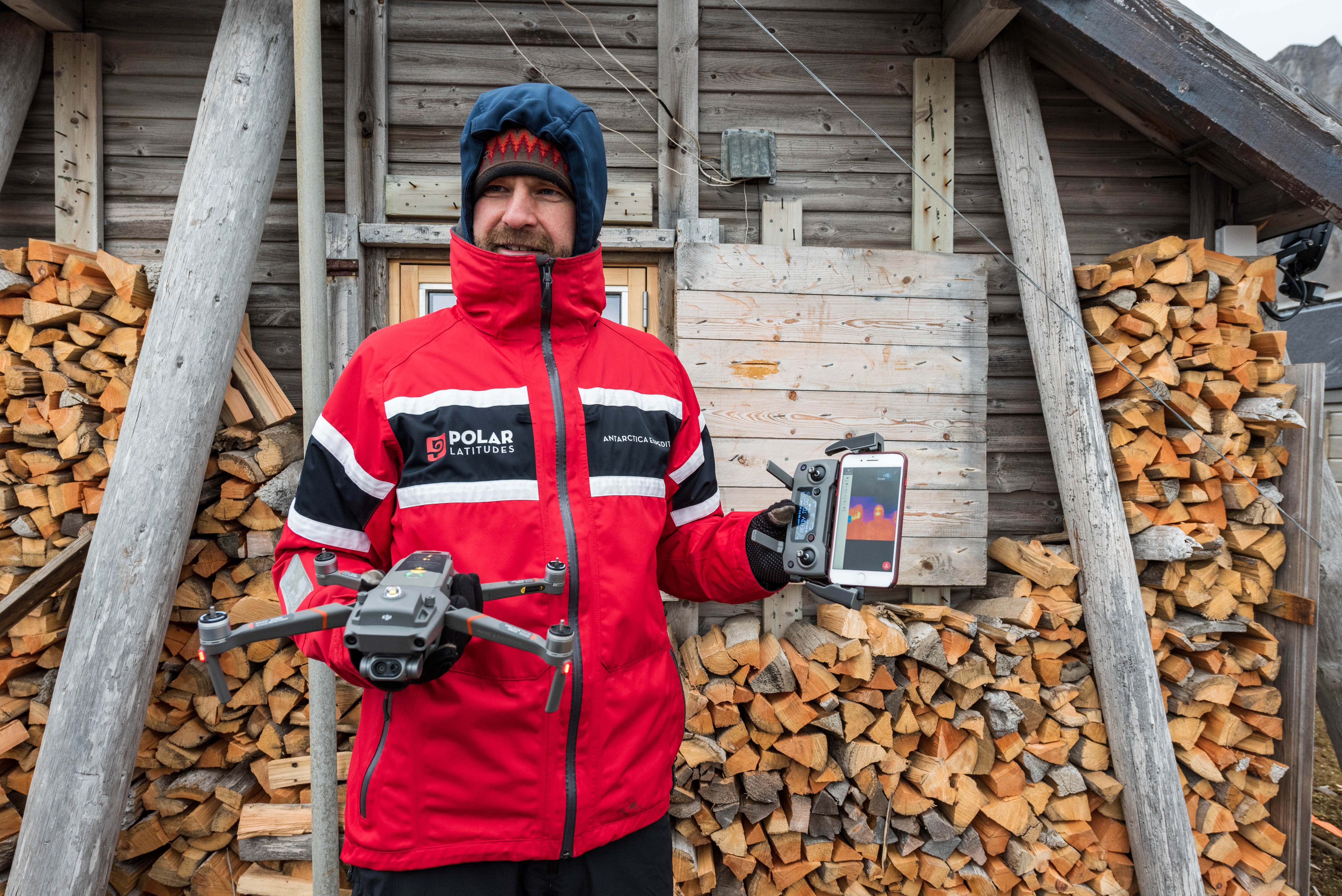 The use of drone technology to collect environmental data is a relatively new concept. It is even rarer to have specific data collected in High Arctic latitudes. Strøm and Sorby are working with BCIT to capture colour and thermal imagery using drones. “Sunniva and Hilde are ground-breaking pioneers in leading citizen science-based climate change research,” says Eric Saczuk, who is a professor at BCIT and an expert in remote sensing and geospatial technologies. “It adds tremendous value to determine whether drones can effectively be deployed into harsh polar areas to gather data related to climate change.” HITI will be recording surface air temperatures and taking aerial photos of glacial sedimentary deposits. Read more about the drone technology HITI is using.

Species observations with the University Centre in Svalbard

Species observations in an Arctic setting can be difficult and time consuming. With Strøm and Sorby living in an isolated trappers’ hut for nine months, observing wildlife was a natural fit for a citizen science project. During the winter, Strøm and Sorby are recording their encounters with polar bears. This will help scientists understand polar bear behaviours, distribution, health, and how the bears react when they come into close proximity to humans. In the fall and spring, Strøm and Sorby will be collecting data on insects spotted around the cabin using an “insect tent.” This will contribute to a growing dataset of where insects are found in the Arctic and their seasonal acitivity. Strøm and Sorby will be also taking ice core samples from the sea ice around Bamsebu to identify organisms living in the ice. 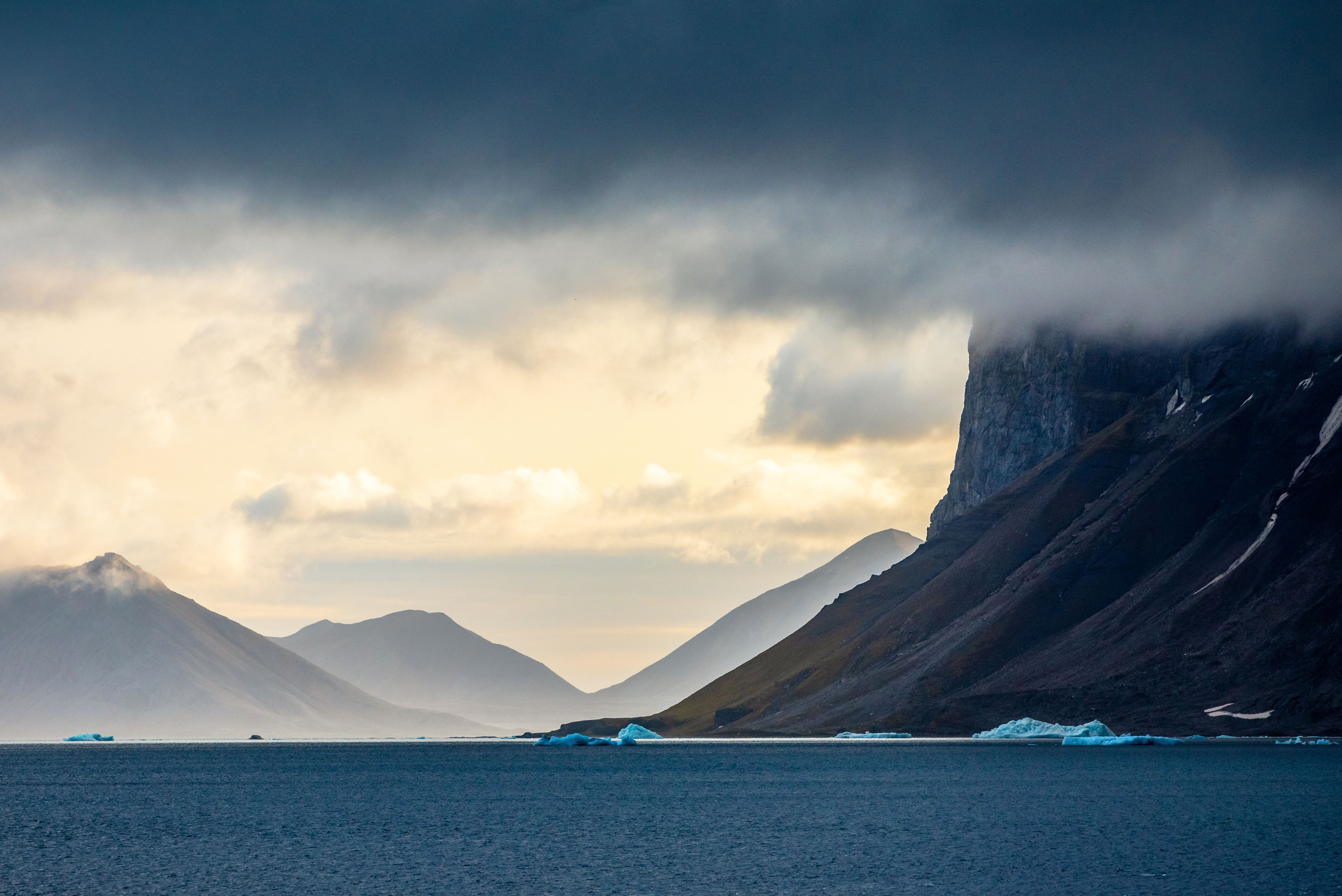 Strøm and Sorby are observing three different types of clouds: fog (clouds located close to the ground), haze (clouds caused by aerosols or pollution) and thin, high atmospheric clouds (clouds in the sky). NASA’s satellites can’t always record accurate images of the Arctic because thick cloud cover is common in polar regions like Svalbard and can obscure what is happening underneath. The observations at Bamsebu will provide on-the-ground data to help fill in those gaps. With Arctic temperatures rising faster than any other place on Earth, it is important for scientists to understand the effects of climate change and human impacts on land, in the ocean and in the air, as these systems are all interconnected.

Sea ice and species observations with the Norwegian Polar Institute

Strøm and Sorby are making sea ice observations in the Van Keulen fiord, where Bamsebu is located, looking for patterns and trends in how the ice is formed, weekly snow depth and sea ice thickness. This data will help scientists determine how climate change is affecting the melting sea ice. Strøm and Sorby are also working with the Norwegian Polar Institute on species observations. Throughout their stay, they will collect data on polar bear sightings and Northern fulmars, which are common birds around Svalbard, as well as any other marine animals spotted in the Van Keulen fiord. 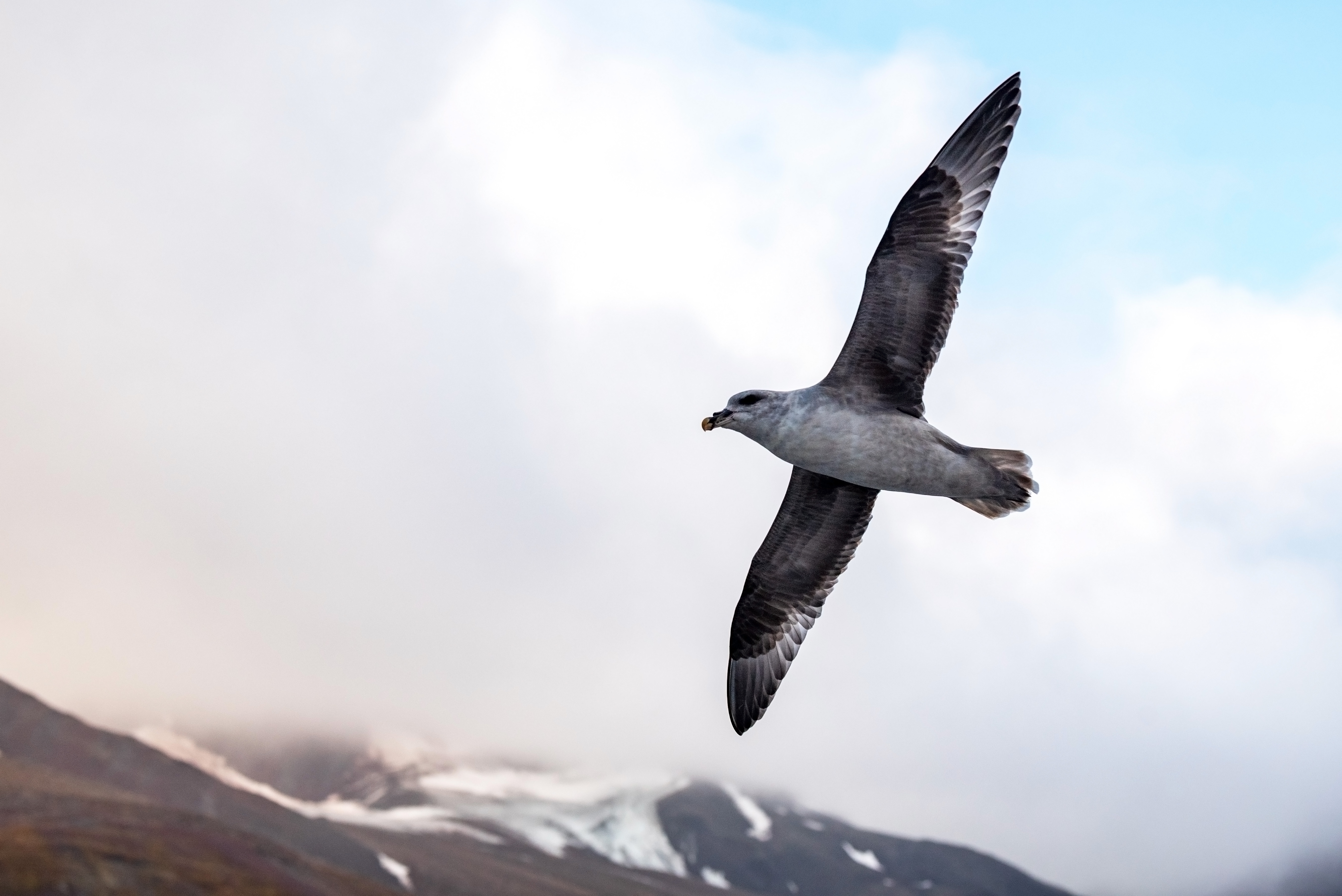 Citizen science is a powerful classroom tool that inspires creativity and transforms learning. Anything that involves getting outside and observing nature can be turned into a citizen science project. All you need is a place, a question (what do you want to learn/observe?) and a desire to explore. There are endless opportunities for teachers to get their students involved, so here are some ideas for getting started:

Follow the Hearts in the Ice (HITI) project and learn more by subscribing to the Can Geo Education newsletter, or by following us on Twitter and Facebook. Educators can connect virtually with the HITI team through monthly Google Hangouts via Exploring by the Seat of Your Pants. Next month’s theme is biodiversity!