Part of our roundup of 90 of Canada’s greatest explorers, these 17 explorers boldly went where few have dared
January 29, 2020

Thirteen years before Lewis and Clark crossed North America to the Pacific Ocean, Mackenzie did it with fewer resources, with less fanfare, and over a more difficult route.

This hardscrabble explorer learned adversity young: born on the wild and forlorn Isle of Lewis, off Scotland’s northwest coast, at age 10 he was sent to North America, and by 16 he was on his own in the rough and tumble world of the fur trade. Mackenzie proved a quick study; he would eventually learn to speak five languages, including two Indigenous languages that would serve him well. Resourceful, resolute and daring, at age 25 he set off in a birchbark canoe with the audacious goal of crossing North America.

En route, Mackenzie traversed thousands of kilometres of difficult and diverse terrain, from immense forests to snow-capped mountains, blackfly-infested swamps and wind-swept tundra. Ultimately, Mackenzie wound up not on the Pacific Ocean, as he had hoped, but instead on the Arctic Ocean, following the great river that now bears his name to its outlet.

Unlike many explorers, Mackenzie led by example, sharing in the hard labours of exploration — paddling canoes, portaging and taking on dangerous tasks such as scrambling ahead along cliffs or tracking his canoe with ropes up raging mountain torrents — winning admiration and respect in the process. Not content with what he had accomplished, Mackenzie spent four years improving his mapmaking abilities before setting off in 1793 with a small party — again with the aim of crossing North America.

This time he succeeded, traversing the Rocky Mountains to the Pacific before retracing his route back (he remains the first known person to have done so). Perhaps most impressively, in an era when violence was the norm, in all his wanderings across tens of thousands of kilometres and through a bewildering diversity of landscapes and cultures, Mackenzie never once shed blood, and helped provide the foundations for a transcontinental nation. 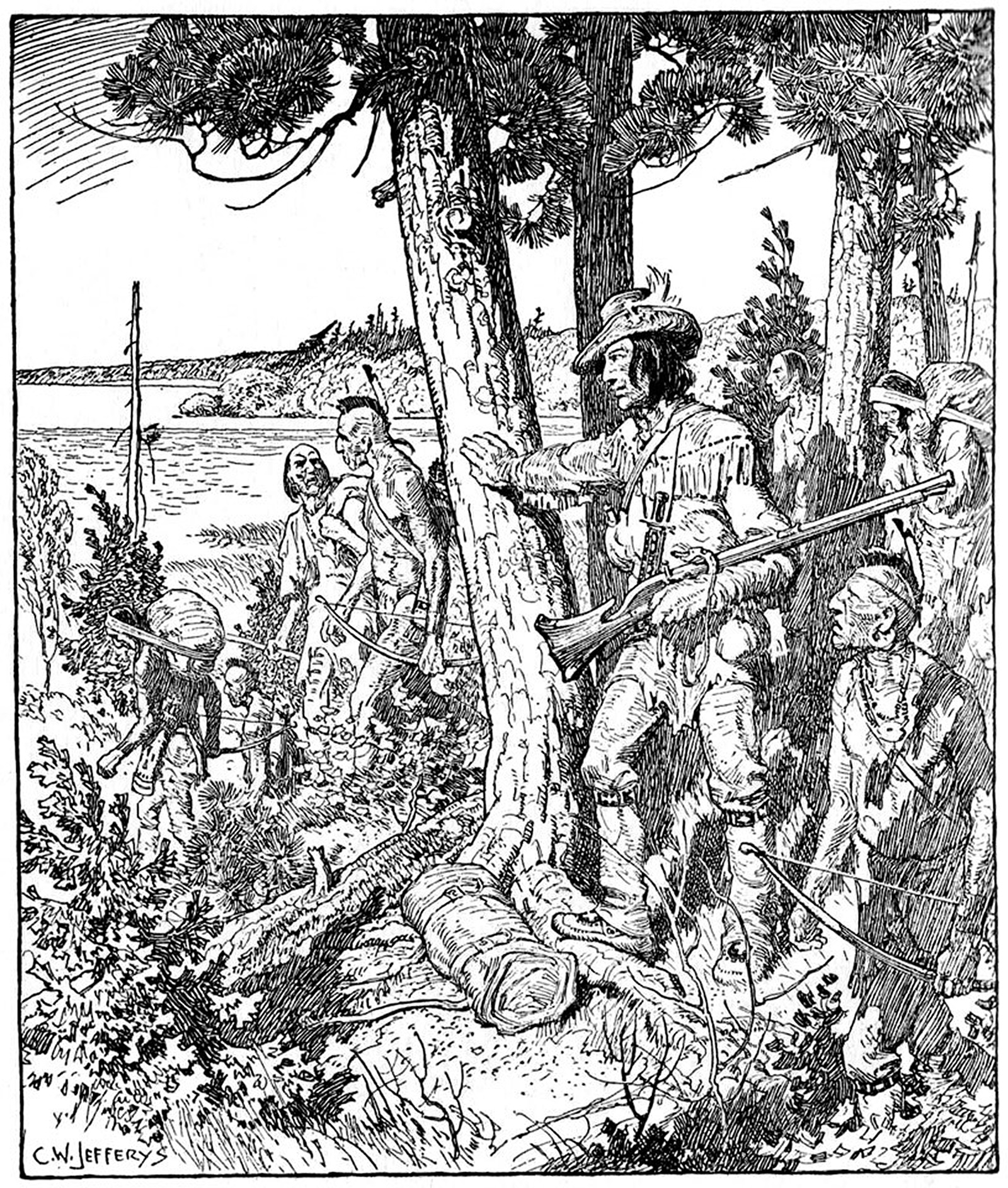 Interpreter and guide, and the first European beyond the St. Lawrence. As the first Frenchman to live with Indigenous Peoples, he ranged widely around the Great Lakes region with members of his adoptive Algonquin community.

Fur trader and explorer for both France and England. Early in his career, was captured by and assimilated into an Iroquois community, later surviving torture after a failed escape. Eventually co-founded the Hudson’s Bay Company. 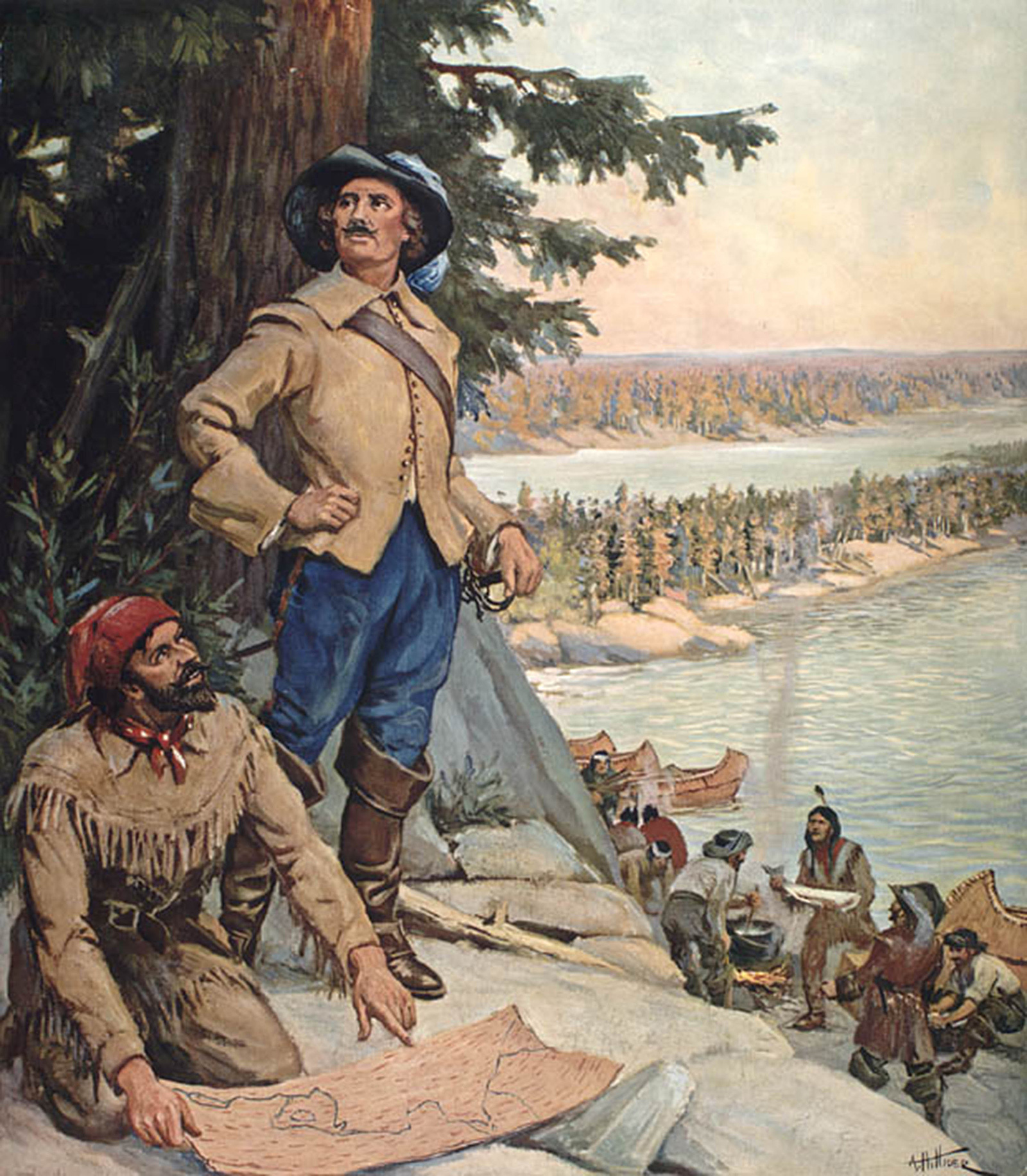 A military officer, fur trader and explorer who opened vast regions from Lake Superior to Western Canada (including what’s now the northern U.S.) to the French fur trade. His four sons expanded on his explorations of the West.

Métis fur trader who explored inland routes between Montreal and York Factory, on Hudson Bay. Estimated to have canoed more than 27,000 km throughout Canada over his career.

The first European to reach the Arctic Ocean and Northwest Passage by an overland route, part of an otherwise entirely Dene party. Went farther North than any other European at that time.

Métis scout and interpreter who guided David Thompson across the Continental Divide and located the Columbia River. 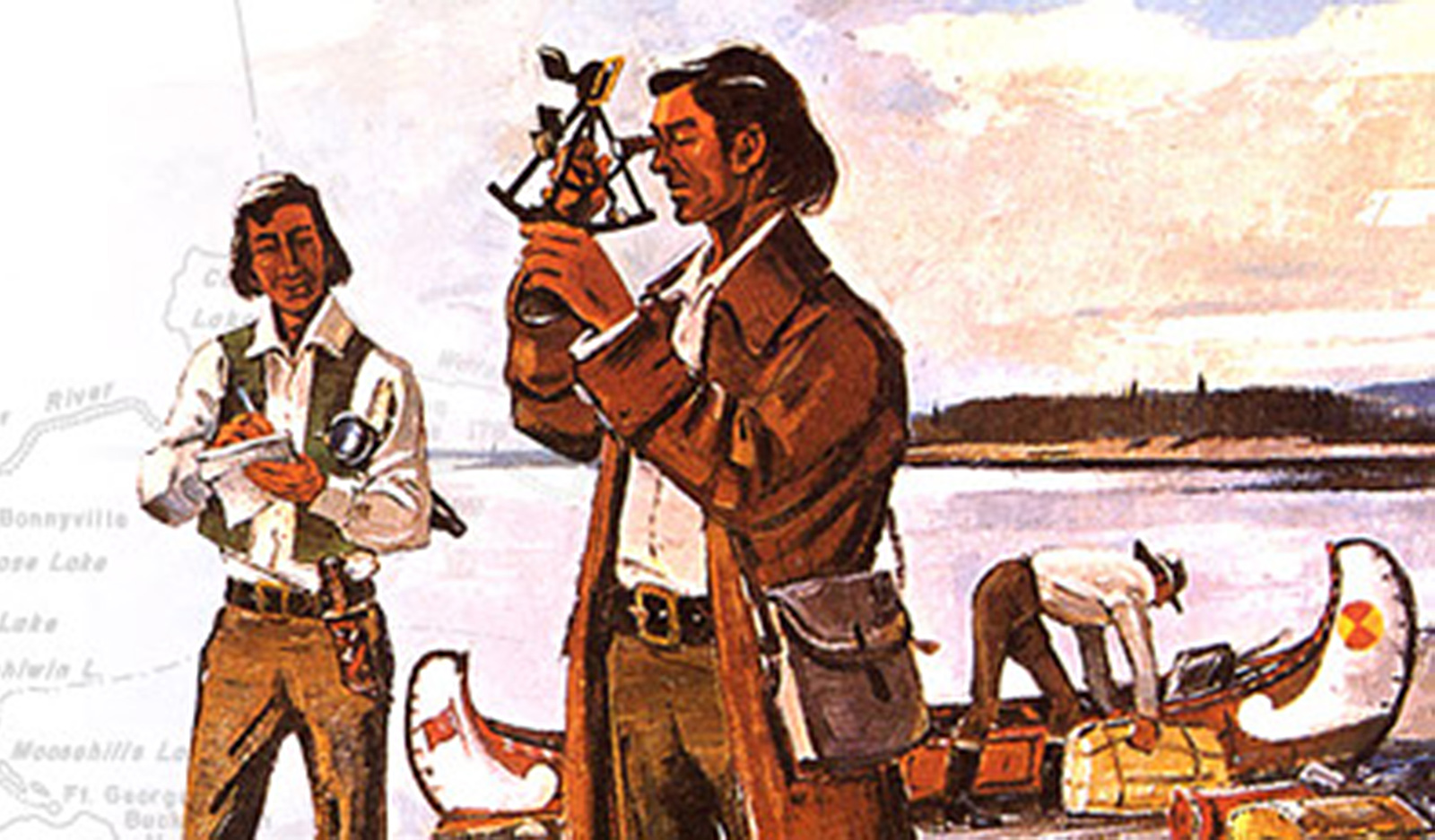 HBC surveyor and fur trader who mapped regions from Hudson Bay to Lake Athabasca and the Rockies. Overwintered with a Chipewyan community, learning their language. 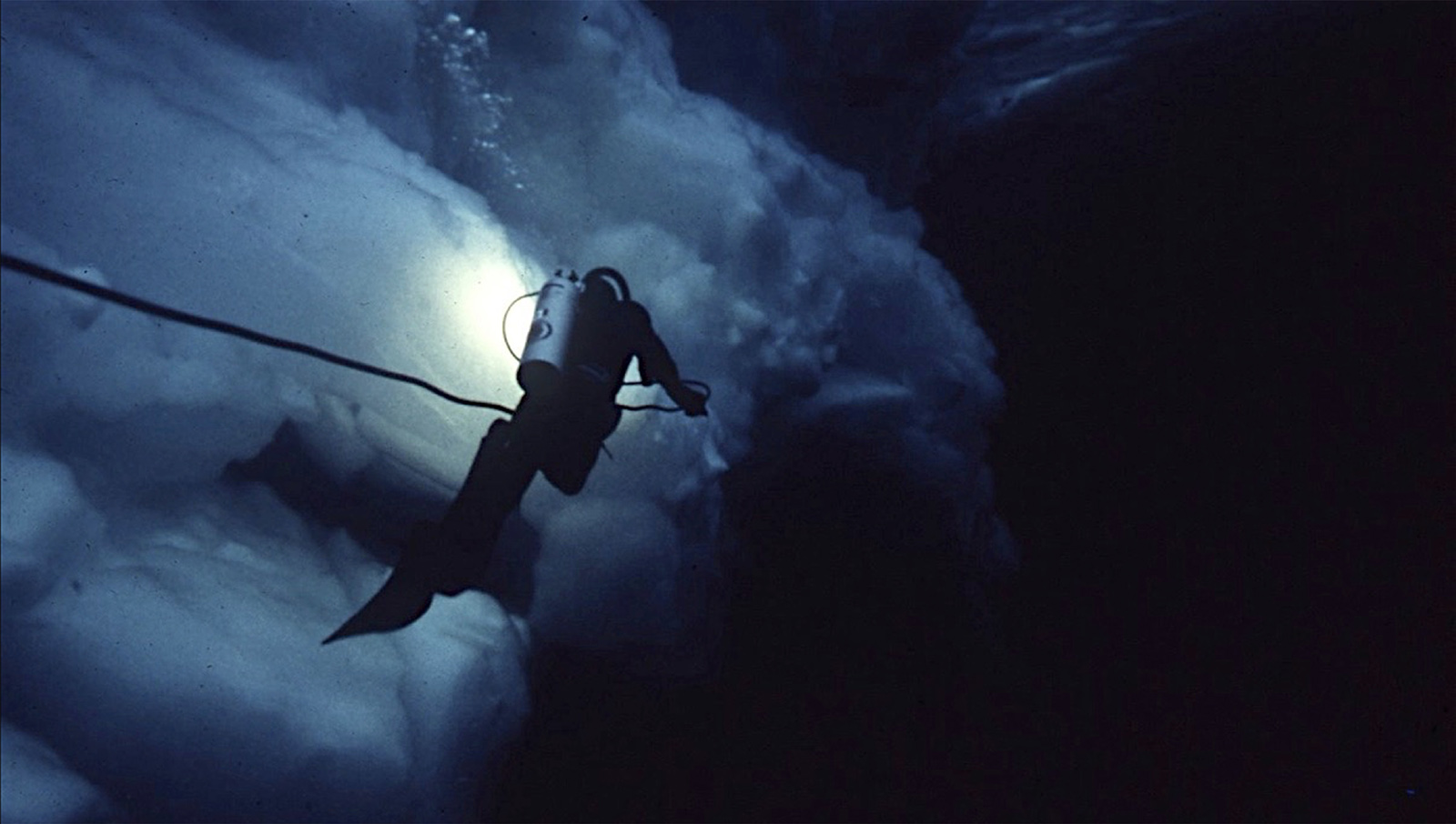 Outside of exploration circles, Joe MacInnis is not a household name. He should be. He appears on crew lists for many of the most significant deep-ocean dives ever made — projects that informed us about history, pushed the limits of human endurance and shaped techniques and leadership for safe operations in extreme environments. He is a true Renaissance man, and I am unsure whether to call him a scientist, an artist or both.

I first learned of his expeditions when I read a National Geographic magazine chronicling the discovery of HMS Breadalbane, the world’s northernmost shipwreck. I soon realized that was the least of his accomplishments. MacInnis is the quintessential explorer, applying his endless curiosity to challenges of technology, understanding the human body, and documenting the hidden geography of our ocean’s great depths. He learned to scuba dive in 1954, placing him among the pioneers of the underwater world. As a young physician at Toronto General Hospital, he treated a construction worker afflicted with decompression illness. This led to his decision to pursue a specialty in diving medicine.

Leading the first scientific dives at the North Pole, diving to Titanic and supporting James Cameron as project physician on the Deepsea Challenger expedition — a solo dive to the deepest point on Earth — are but a few of MacInnis’s iconic accomplishments. An author and photographer, he shares his leadership expertise in one of his well-known books, Deep Leadership: Essential Insights from High-Risk Environments. Perhaps his most important legacy, however, is the Man-In-Sea expeditions with inventor and entrepreneur Edwin Link. They were the equivalent of oceanic Apollo Missions in scope and significance.

Diving partners including Pierre Trudeau, Philippe Cousteau and Farley Mowat inspired MacInnis to expand his efforts in writing and ocean conservation policy. He has worked with the CBC on filming projects around the world and has won international acclaim at film festivals.

As an explorer, researcher and artist, few individuals have done more to enhance our knowledge of deep-ocean environments and the human capacity to explore such places. For me, he has served as a role model and an example that doing what you love ignites the human spirit.

Yellowknife tribal chief, Arctic guide and advisor to both Alexander Mackenzie and John Franklin; was the reason Franklin’s 1825 Arctic expedition was the most successful of its time.

First woman of Euro-descent to travel to Western Canada, living on open plains with her husband, other voyageurs and Indigenous Peoples. Settled in Red River, Man. Was Louis Riel’s grandmother.

A Danish sailor and HBC clerk who, with Indigenous guides, became the first European to travel by land across the Labrador Peninsula, crossing from the Hudson Strait to the Atlantic.

Founder of Cirque du Soleil and the first Canadian space tourist, visiting the International Space Station and returning aboard Soyuz TMA-14. He dedicated his journey to raising awareness of water issues affecting Earth. 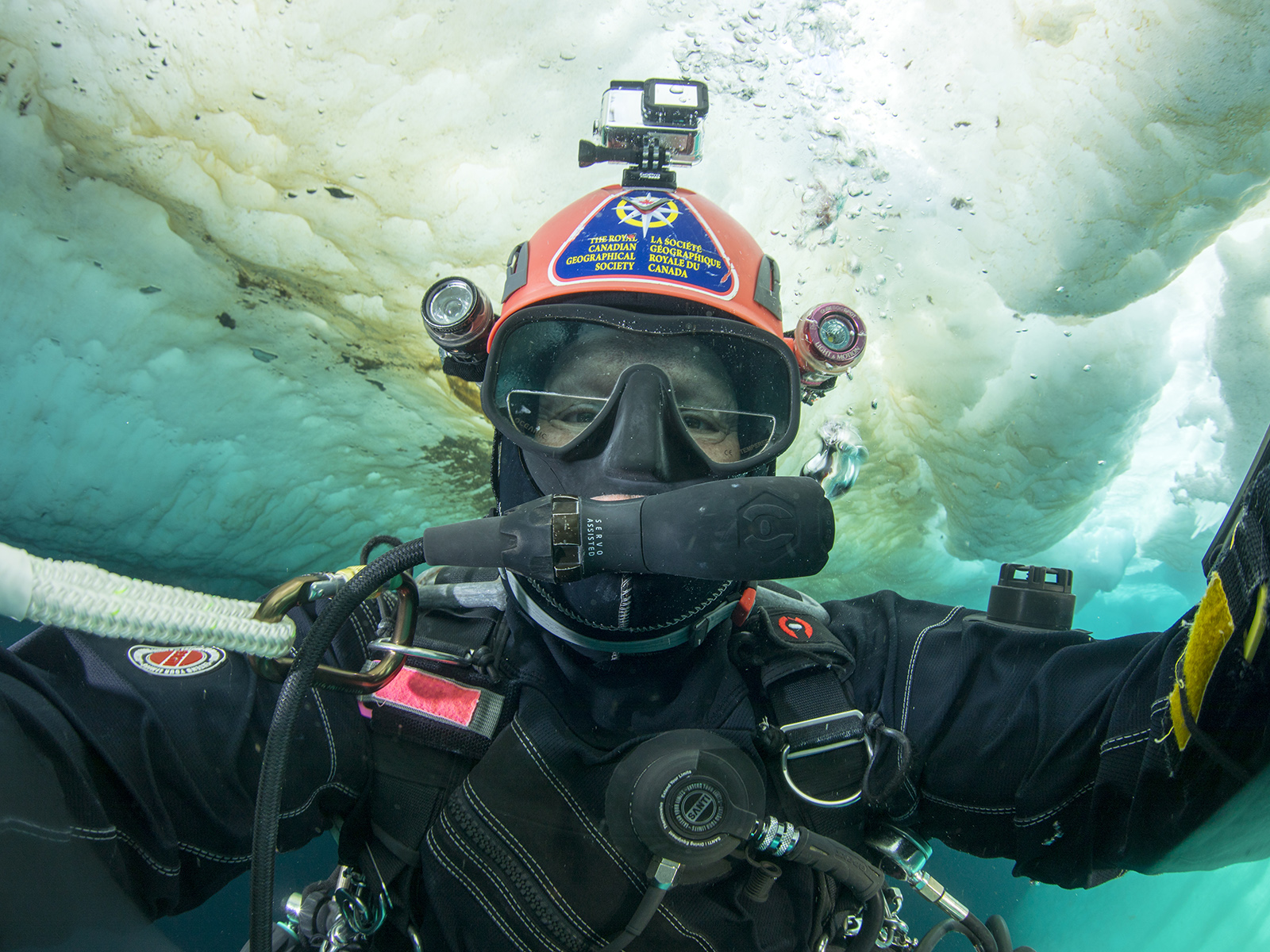 A leading cave diver and documentarian, and the first person to enter and film Antarctic iceberg-cave ecosystems. She has gone farther into underwater caves than any other woman, and created the first 3D underwater cave system map. 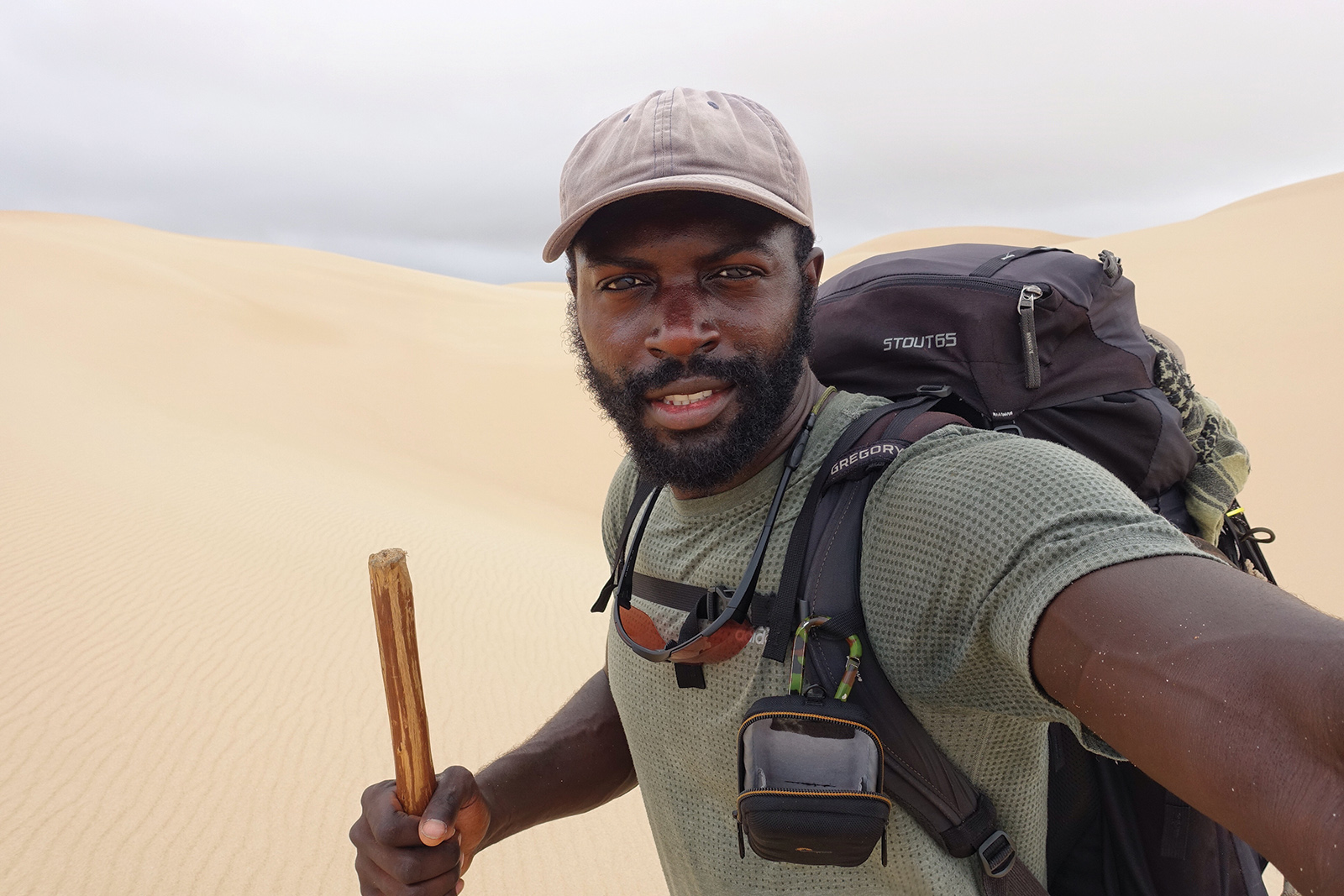 Walked and kayaked south to north across Africa to highlight the continent‘s communities, and cycled Canada west to east to encourage greater diversity in exploration and the outdoor industry.

A solo northern explorer, naturalist and author who completed a 3,000-km-plus journey across Canada’s Arctic, a strenuous exploration of the Hudson Bay Lowlands’ Again River and more. Has been called Canada’s Indiana Jones.