His performance as Capt. Francis Crozier in AMC’s Franklin expedition psychodrama The Terror was hailed as outstanding and his best since Mad Men. Now, actor Jared Harris has been recognized with an award named for the historian who dedicated his life to discovering the truth of the expedition’s fate.

Harris accepted The Royal Canadian Geographical Society’s Louie Kamookak Medal at its annual College of Fellows Dinner Nov. 1 in Ottawa. The medal honours the legacy of Kamookak, whose patient cataloguing of artifacts, burial sites and Inuit oral testimonies was instrumental to the discovery of Franklin’s ships, Erebus and Terror, and who passed away earlier this year.

“Harris has not only captured the complexity of the character of Crozier, but also the entire philosophy of explorers in that era, and helped relay the stakes of polar exploration and the drama of its undoing better than perhaps anyone before him,” said RCGS CEO John Geiger.

Such a delight to meet Jared Harris and Johnny Issaluk. @JaredHarris’s portrayal of Francis Crozier was one of his very finest; @issaluk embodied the Inuit testimony in a rare and powerful manner. Their performances have changed the way we’ll see this story forever. pic.twitter.com/ooenmEfKuo

Harris’s Terror castmate, Johnny Issaluk, was made a Fellow of the Society in recognition of his ongoing efforts to mentor youth and share Inuit culture with a global audience.

Harris said he’s gratified that the show has persuaded the curious among his fans to check out the true story of the Franklin expedition. “It’s sort of fitting that history will recall that it was the RCGS that first recognized The Terror, and that we as the recipients walked in the footsteps of Louie Kamookak.” 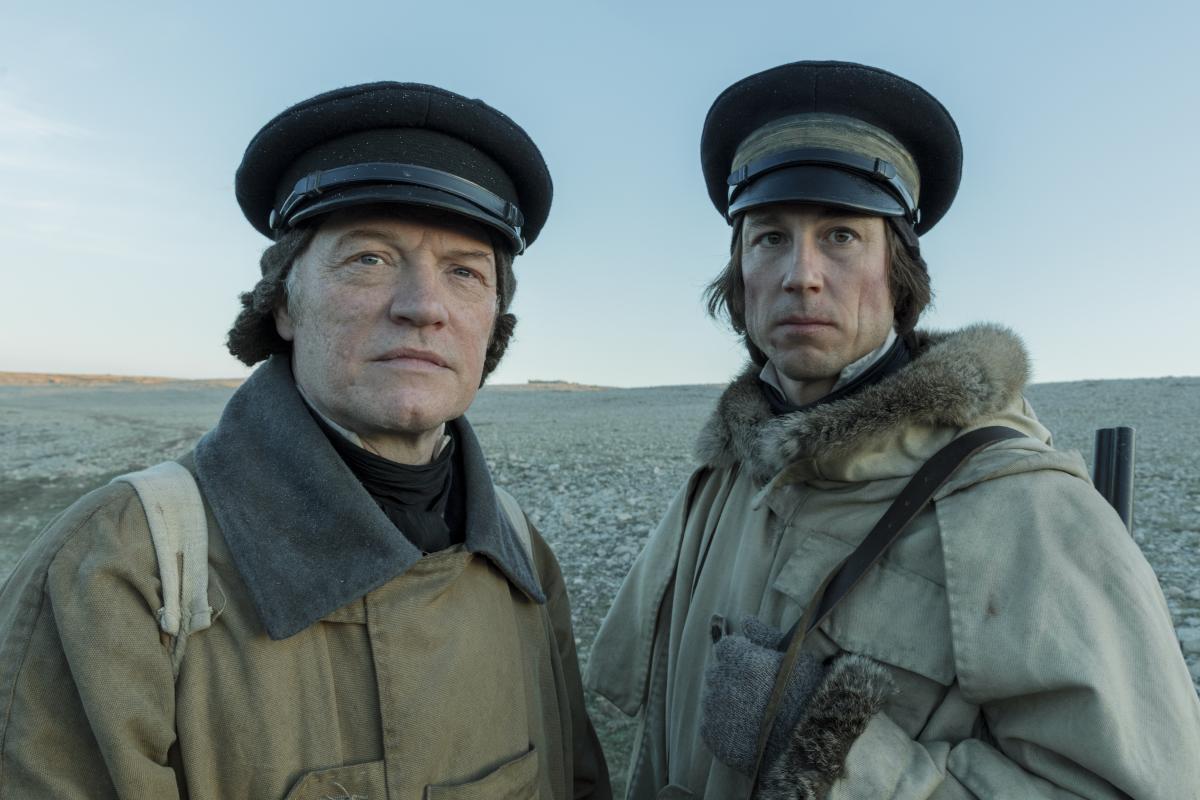 Harris also spoke fondly of his time with Issaluk on set in Croatia, where much of the series was filmed.

“As [Johnny] talks to you about his life, you realize how little you’ve done, and how unadventurous you’ve been,” he joked. (Not only has Issaluk acted in films and on stage, appearing in last summer’s world premiere of the new play The Breathing Hole at the Stratford Festival, he is also an accomplished athlete, having competed in and coached traditional Inuit games and sports for 20 years. Watch for an interview with Issaluk in the January/February issue of Canadian Geographic, on newsstands in late December.)

“We were very fortunate to have Johnny and Nive [Nielsen, who played Lady Silence] on the show,” Harris added. “They were crucial to understanding the world we were portraying.”