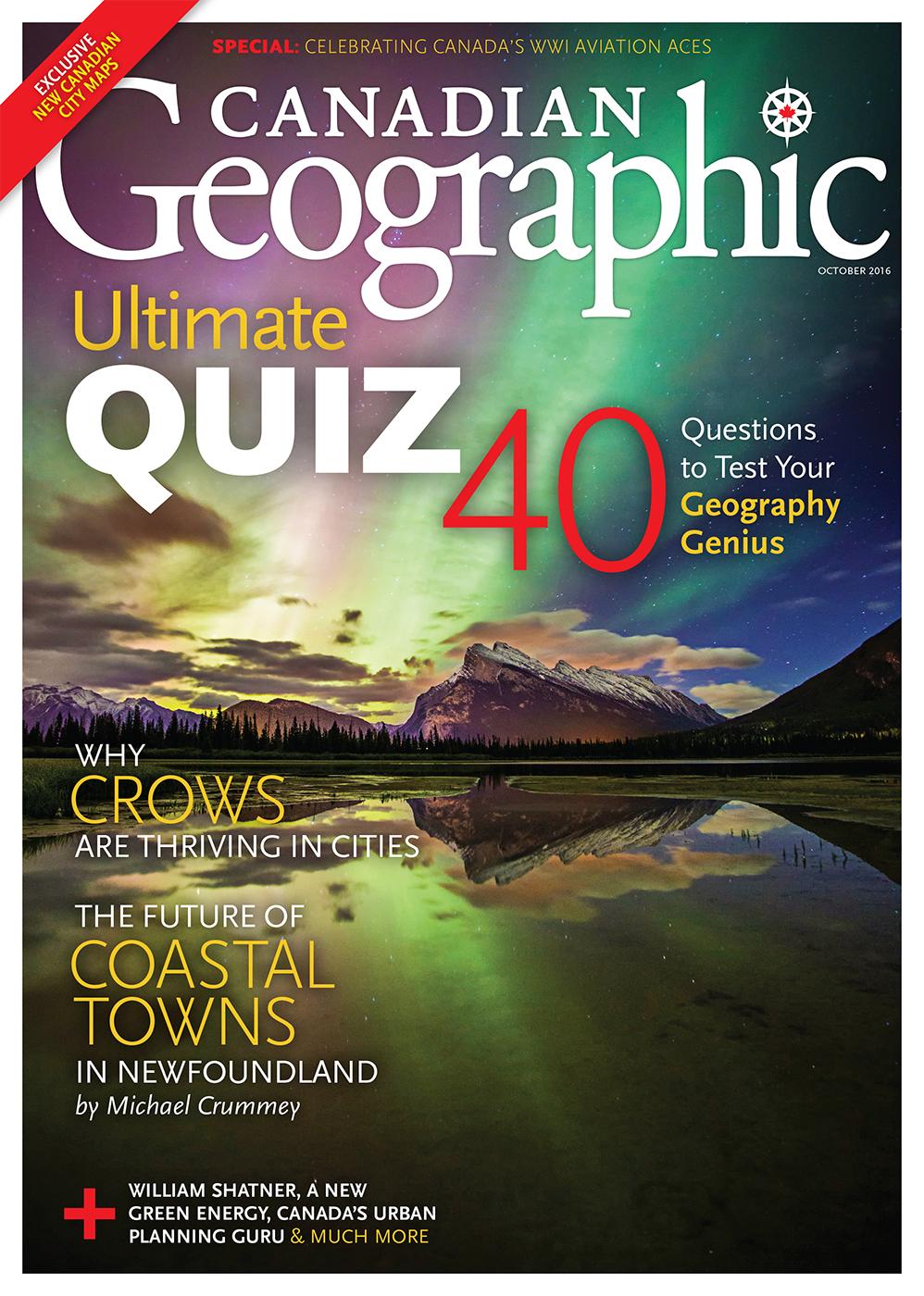 The Ultimate Quiz
Minerals, mountains and more landmarks, water in all its forms: 40 questions that will test the depth of your Canadian geology knowledge.
Online Exclusive: Complete the online quiz for a chance to win great prizes!

City of crows
Our feathered friends are increasingly calling our urban centres home. Why crows in particular are nesting among us.
Online Exclusive: Learn more about CrowTrax, an interactive online map that tracks crow attacks in the Vancouver area

'Where I belongs'
Resettlement — moving small coastal communities to larger centres — has long been a part of Newfoundland's history. Today, it continues to be a hot-button, often divisive, issue. At stake? The future of the island's outports.
Online Exclusive: Newfoundland's cod stocks might be Canada's next great wildlife recovery story. Learn more here.

On the map
Exploring cartography
Online Exclusive: Get a learning activity guide and download a large, printable tiled version of this historic map

History
A map of Kingston's military heritage and Canada's first rocket
Online Exclusive: See a full-sized version of the map and Franci Hall's painting of Kingston

Place
A visit to one of Canada's largest medical marijuana production facilities in Smiths Falls, Ont.
Online Exclusive: See images from the Tweed facility in Smiths Falls and its greenhouse in the Niagara region

Infographic
A solution to easily and effectively testing water
Online Exclusive: Read more about the possible use of this technology by Canadian First Nations