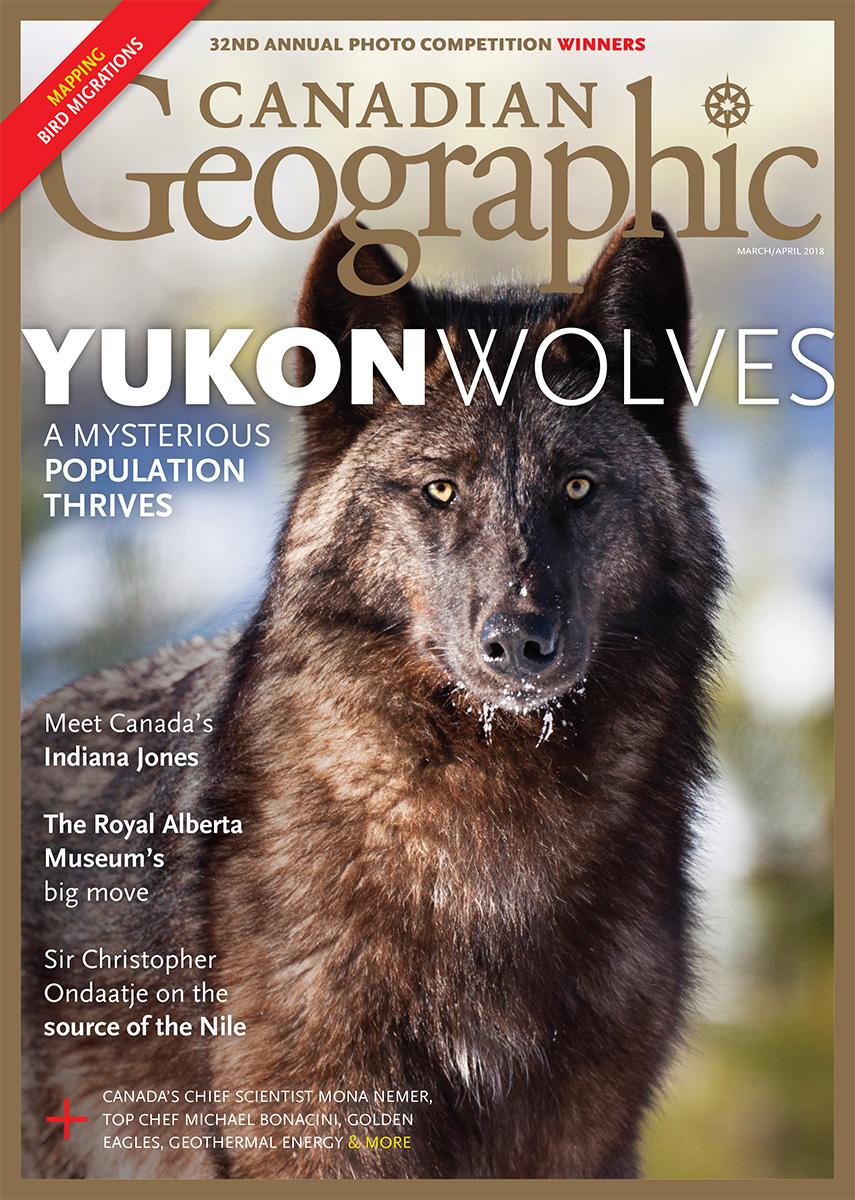 HOW DID A CANADIAN END UP ON A QUEST TO SOLVE ONE OF SOUTHEAST ASIA’S GREAT MYSTERIES?
Archeologist Dougald O’Reilly leads the effort to answer questions about Laos’s puzzling Plain of Jars
Online Exclusive: See drone footage of the remarkable Plain of Jars archaeological site

TRACING THE NILE
This August will mark the 160th anniversary of John Hanning Speke’s claim to have found the source of the world’s longest river, an assertion that created one of the great myths and legacies of Victorian-era exploration

MAMMOTH MOVE
The Royal Alberta Museum will move into its new downtown Edmonton home this year, a massive logistical task captured in this behind-the-scenes photo essay

‘THEY’RE OUT THERE’
After decades of conflict between humans and wolves, the Yukon is fi nding its balance with the top predator, which is thriving across the territory
Online Exclusive: See more of photographer Peter Mather's wild wolf photos and learn how he captures his images

History
The Joint Arctic Weather Stations program did more than just fill in a blank on the nation’s weather map
Online Exclusive: Read more stories about the maps in Library and Archives Canada’s collection

Infographic
Resurrecting abandoned oil wells for geothermal heating in Hinton, Alta.
Online Exclusive: Teachers! Bring this and other science innovations into your classroom

YOUR SOCIETY
News from The Royal Canadian Geographical Society
Online Exclusive: Read more about the friendship between the RCGS and RSGS

Online Exclusive: Explore our first Google Voyager story, about the history of residential schools in Canada