How Yellowstone to Yukon is saving wolves & other wildlife 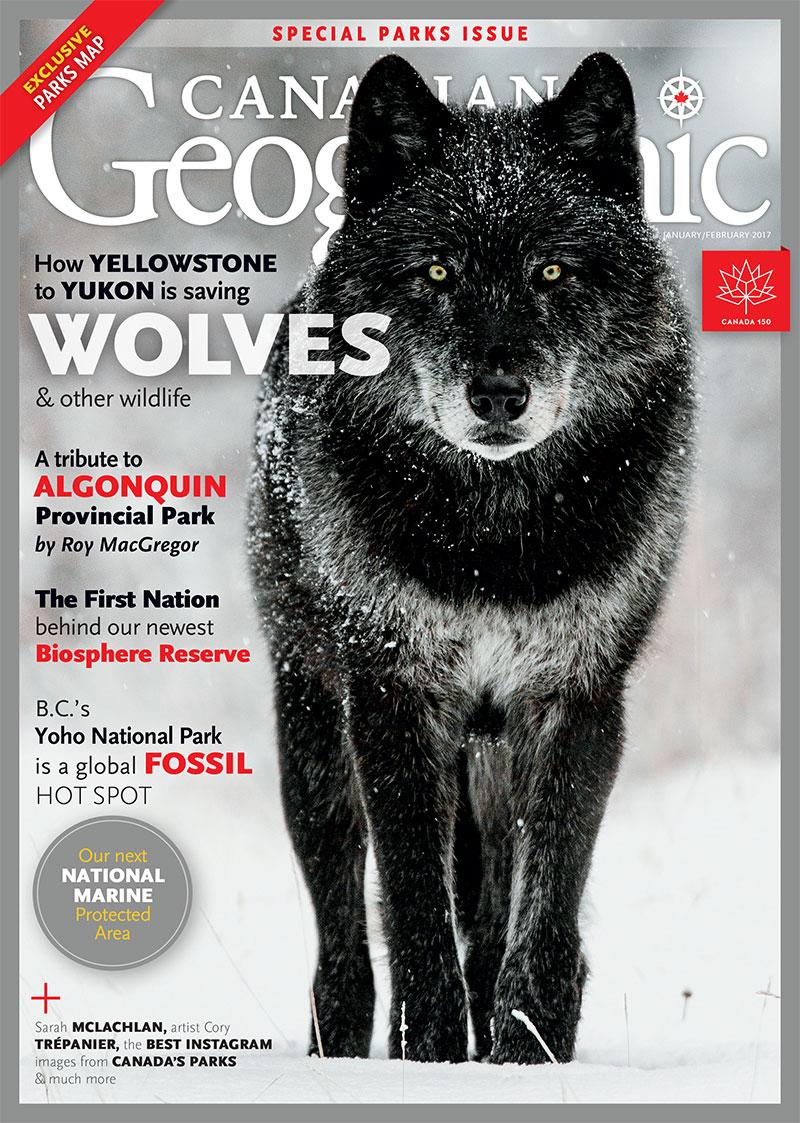 Harvey wants half
Harvey Locke, founder of the monumental Yellowstone to Yukon Conservation Initiative, talks about how Y2Y continues to evolve as it turns 20 and why the Nature Needs Half conservation edict is gaining momentum
Online Exclusive: Explore an interactive version of the Y2Y map

Shale game
More than a century after their discovery, the spectacular fossils of British Columbia's Burgess Shale continue to reveal new insights into the evolution of life on Earth
Online Exclusives:
Read more about how the Burgess Shale's world-renowned fossils are believed to have been so immaculately preserved
See an animation of the ancient worm-like species recently discovered in Burgess Shale

On the map
Exploring cartography
Online Exclusive: Infographic comparing the protected area of the provinces and territories

Interview
Artist Cory Trépanier discusses his Into the Arctic project
Online Exclusive: Photos from Cory Trepanier's northern expeditions and the paintings they produced

Infographic
How an innovative collaboration between Parks Canada and the aquaculture industry aims to save wild salmon
Online Exclusive: Read about more innovative projects saving endangered species in Canadian parks

Next Issue
March/April 2017, Canadian Geographic looks at the North