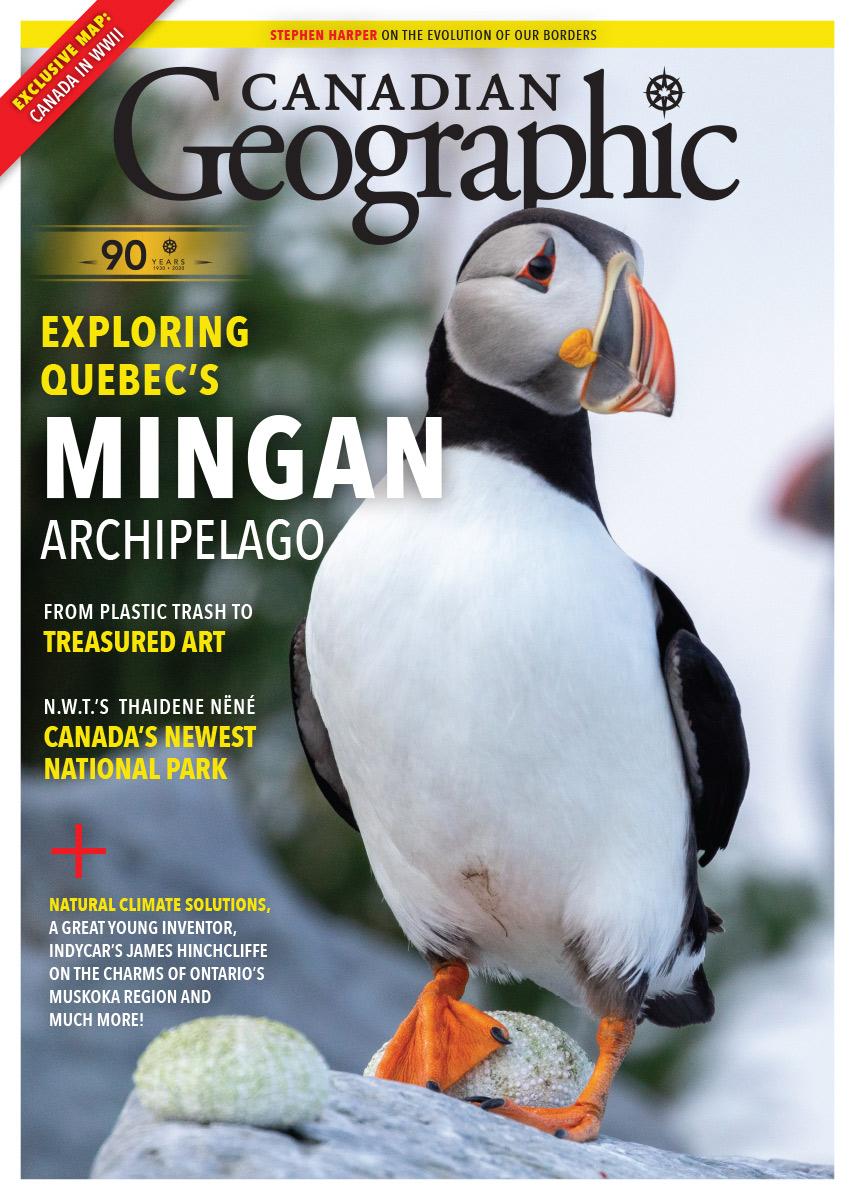 LAND OF THE ANCESTORS
The new Thaidene Nëné National Park Reserve in the N.W.T. is the heart of sacred Denesoline honeland and a prophesied final refuge of clean water (and ecological integrity) in North America
See more photos: Thaidene Nëné: Land of the ancestors

THIS ART IS GARBAGE
Canadian Geographic commissioned five artists to create works out of plastic waste. The results? Eye-catching and compelling commentary on the material's impact on our planet.

Interview
Inventor Ann Makosinski, 22, on the nexus of science and art and challenging conventions
Online Extra: Read another interview with Ann Makosinski after her 2013 Google Science Fair

COMING UP
Save the whales: Alanna Mitchell delves into the complex and tragic story of the North Atlantic right whale and what Canadians can do to save them