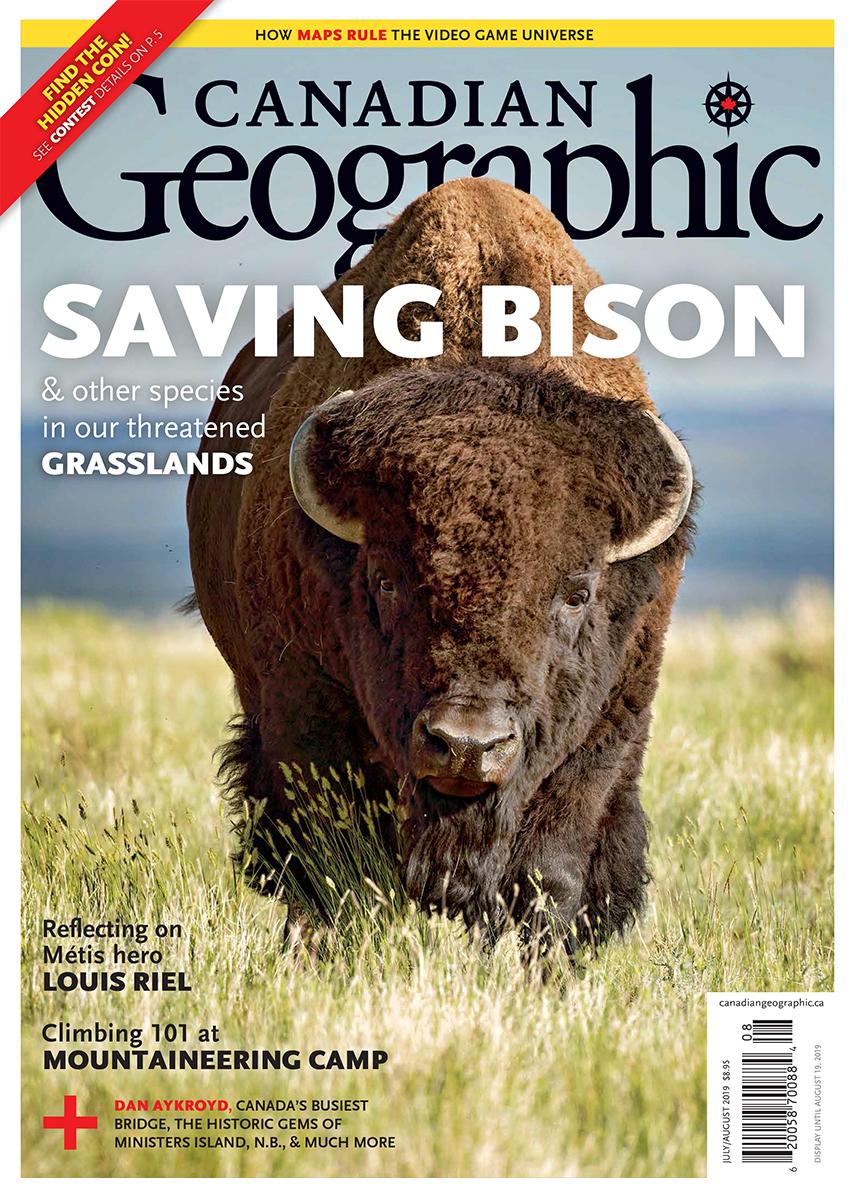 GUARDIANS OF THE GRASSLANDS
How conservationists and ranchers in Saskatchewan are working to slow the loss of an endangered ecosystem
Online Exclusive: See more images of Grasslands National Park

HERO. HERETIC. NATION BUILDER.
A reflection on the real Louis Riel, Métis leader and Manitoba founder, on the 150th anniversary of the Red River Resistance and the 175th of his birth
Online Exclusive: Explore places of significance to Riel and the Métis in Winnipeg

On the map
The St. Lawrence Seaway turns 60
Online Exclusive: See an interactive version of this map

Our Country: Dan Aykroyd
Actor and comedian Dan Aykroyd on his island hideaway near Kingston, Ont.