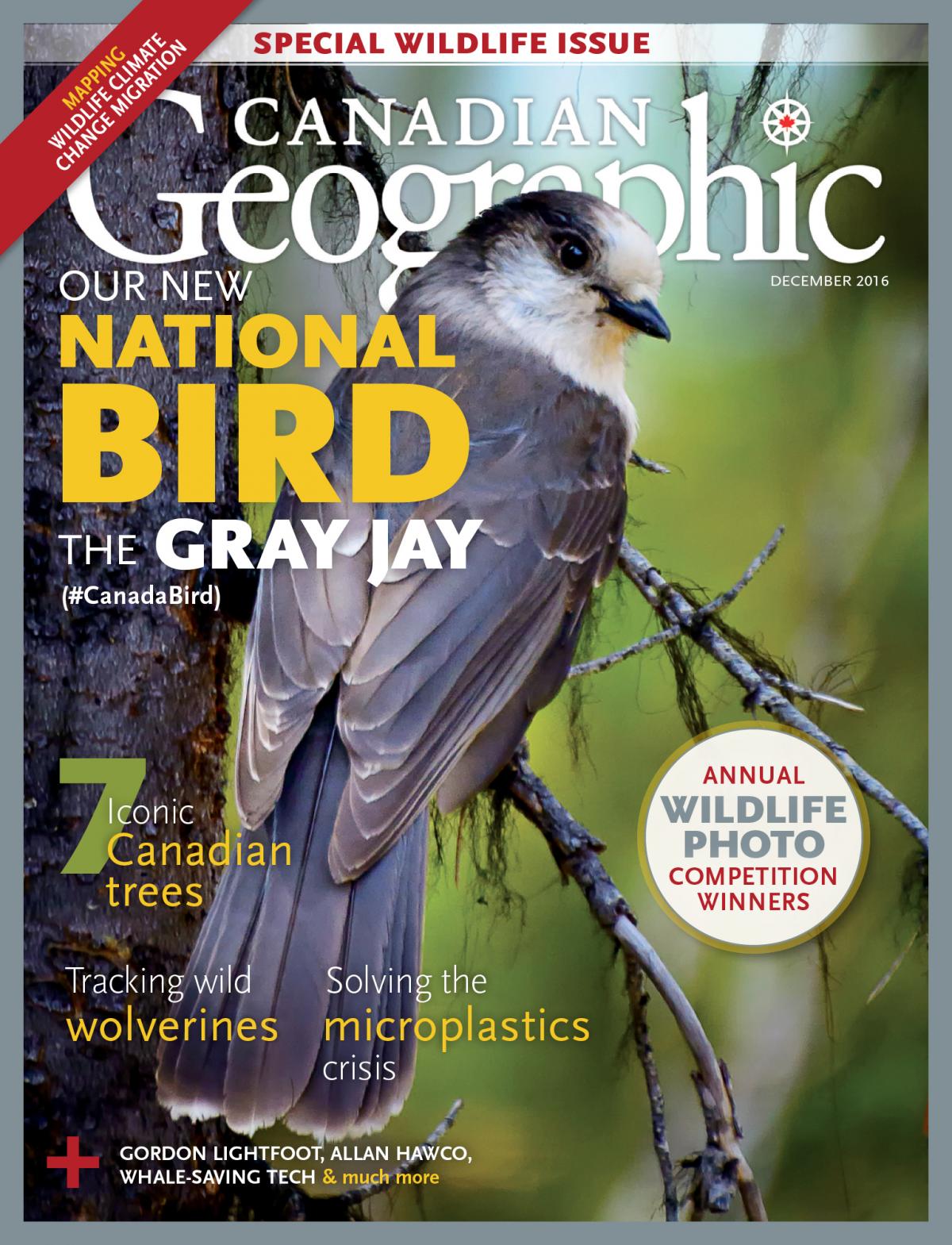 In search of the Wolverine
What we’re learning about one of the toughest (and most elusive) animals on Earth
Online Exclusive: Learn how highways and other developments are threatening the genetic diversity of wolverines

'... Eating microplastic threads. What does that do to you? Unknown.'
Meet the Canadian scientist at the forefront of world research on ocean microplastics and fi nd out what he’s doing to save the planet
Online Exclusive: How microplastic from fleece clothing could be contributing to marine pollution

On the map
Exploring cartography
Online Exclusive: See the animated version of the map and learn more about how it was created

History
A map of Saskatchewan like you’ve never seen before and the “pizzly”
Online Exclusives:
Explore this map and learn more about the Canada Land inventory
Read the entire Canadian Geographic pizzly story from 2006