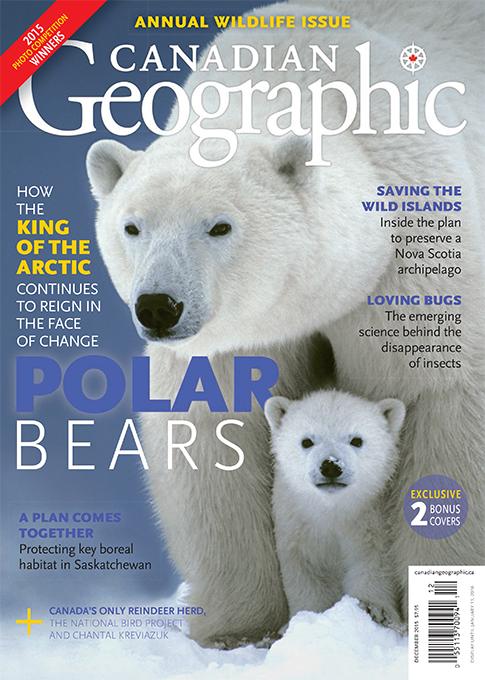 Game of Thrones
As the climate in Canada’s Far North changes, polar bears are being affected. One impact — the increasing presence of killer whales in Arctic waters — may just unseat the King of the North.
Online Exclusive: Photos of polar bear cubs in Wapusk National Park, from photographer Greg Harvey

Treasured Islands
More than 20 years before the 2016 Great Bear Rainforest Agreement, the Khutzeymateen was the first piece of the world’s largest coastal temperate rainforest made off limits to loggers. The story behind Canada’s only grizzly sanctuary
Online Exclusive: More images of Khutzeymateen Provincial Park and its famous grizzly bears

I was adored once too
Long the beating heart of Stratford, the city’s once grand locomotive repair shop is now a crumbling relic. What will happen to it?
Online Exclusive: See more photos and video of Stratford's abandoned rail shops

History
The map that settlers took West and Canada’s first commercial vineyard and winemaking legacy
Online Exclusives:
See a larger version of the first map of Canada's West to be compiled and printed in the country
Learn about Canada's wines and what makes them unique