Your weekly CanGeo round-up of wildlife news
By Can Geo Staff
July 21, 2021 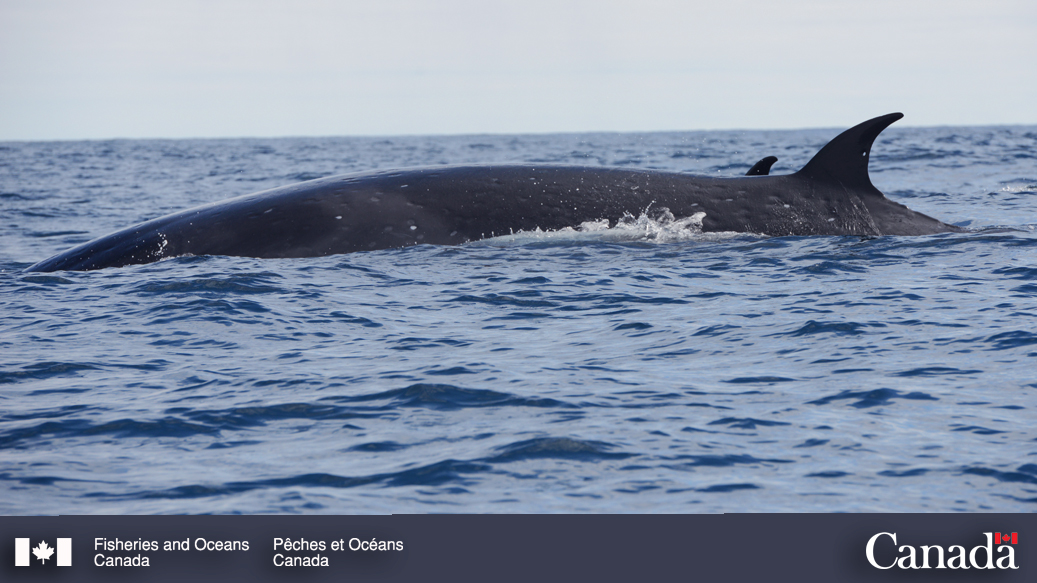 B.C.’s coastal waters have been treated to the unexpected visit of dozens of sei whales. After just 10 individual sightings in the last 46 years, the whales were spotted by researchers aboard a Canadian Coast Guard ship 300 km offshore of Vancouver Island — an area where they are considered endangered. Department of Fisheries and Oceans scientists say the sighting of such a large group — between 25 and 30 strong — is “unprecedented.” After the whales were decimated by the whaling industry up until 1967, B.C. marine biologists are delighted to see the sei whales en masse. However, the sudden appearance of a relatively large group of these Balaenoptera — a genus of whale that also includes blue, humpback and fin whales — is making them second-guess the reliability of previous whale sightings. Sei whales are small, lean and dark-bodied, with a dorsal fin that resembles that of a dolphin. This, combined with a possible lack of familiarity with sei whales due to their rarity, could mean researchers have misidentified sei whales in the past as other species. The researchers will now use underwater microphones to see (or hear) if the sei whales pass through Canadian Pacific waters cyclically. Are they hopeful that sei whales are more regular visitors than previously thought? You can sei that again. 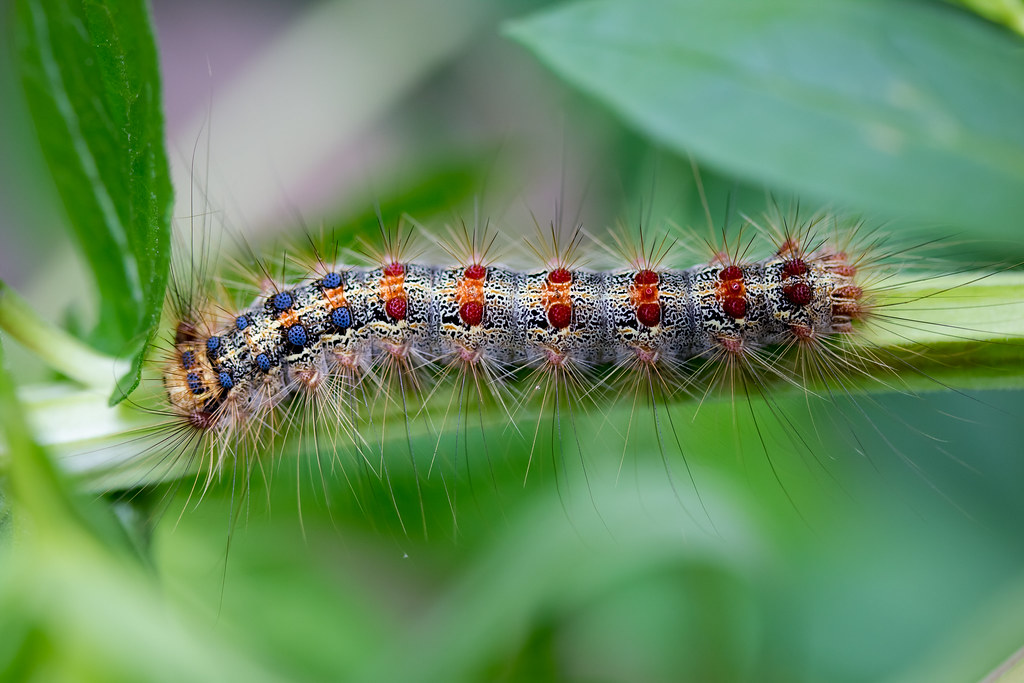 Most failed business ventures don’t result in an invasive species destroying hundreds of thousands of trees. The same can’t be said for Étienne Léopold Trouvelot’s attempt to start a North American silk industry in the 19th century. Trouvelot, a French entomologist, is the man responsible for the LDD moth caterpillars — commonly known as “gypsy” moths, a problematic name — currently wreaking havoc on trees across Ontario, Quebec and some northern US states. In his effort to create a silk colony in the late 1860s, some of the caterpillars escaped from Trouvelot’s home lab in Medford, Mass., and over time they spread — first to neighbouring states and, by the late 1960s, to Ontario and Quebec. The caterpillars have a voracious appetite and there are millions of them, causing defoliation that leaves trees vulnerable to fire or other insect damage. Large outbreaks, sometimes lasting several years, have damaged over 17,000 square kilometres of trees in Canada since the 1980s. Last year, an area roughly the size of Prince Edward Island was reported damaged. 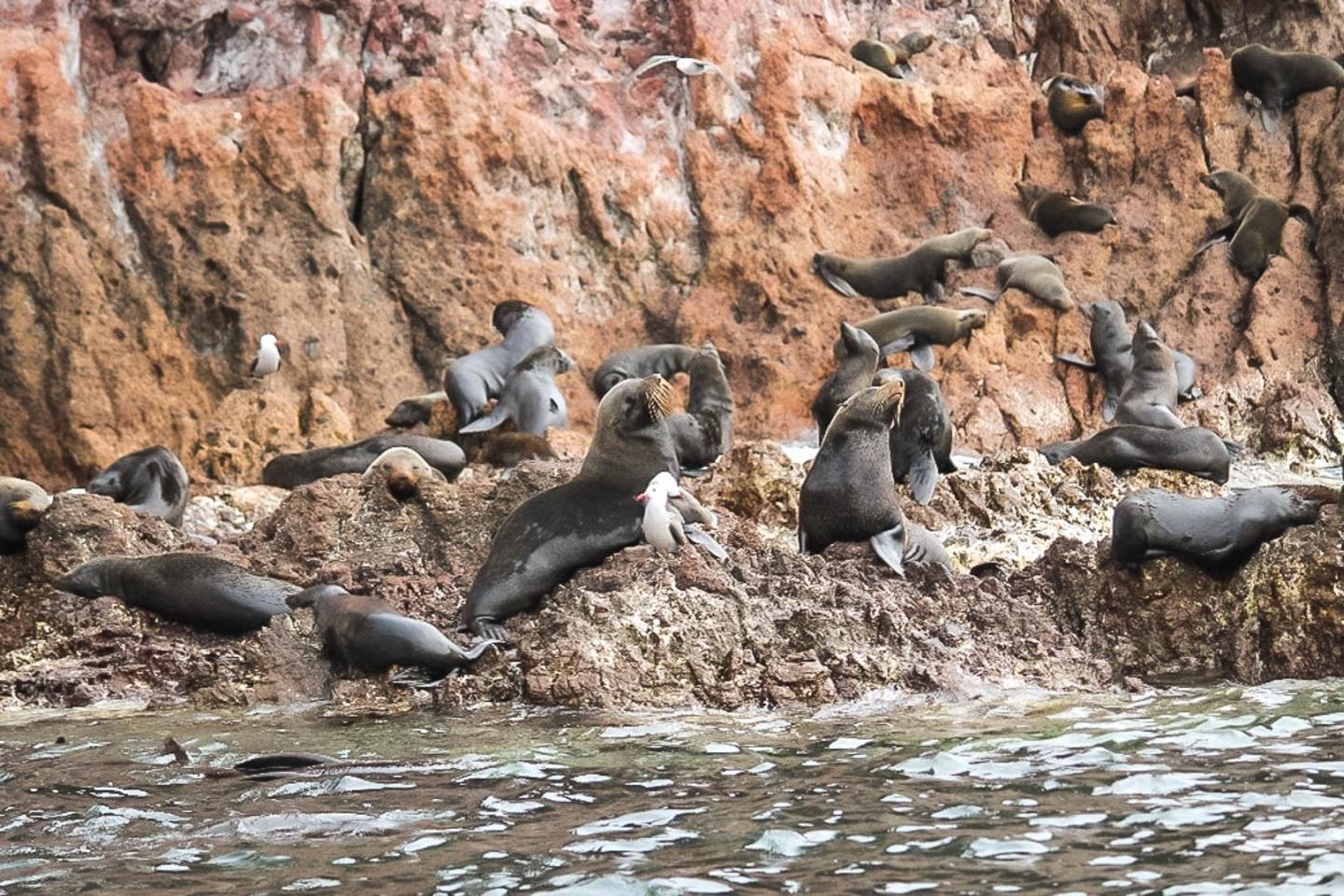 Joint Mexican and Canadian research efforts have uncovered a new resting colony of endangered Guadalupe fur seals (Arctocephalus townsendi) on the Western Mexican coast. Located on El Farallón de San Ignacio Island in the Gulf of California, this “haul-out” colony was host to nearly 800 seals in November 2020, adding a fourth naturally-occurring site for a species whose range extends north to BC. Guadalupe fur seals were hunted to near-extinction in the 1800s, but small populations have been spotted since; today, according to the International Union for Conservation of Nature (IUCN), their population is estimated at 41,000. While El Farallón’s small size and aridity make for an unusual haul-out spot, researchers suspect that it’s in a seasonal feeding area with lots of tasty squid!

Shark in the water 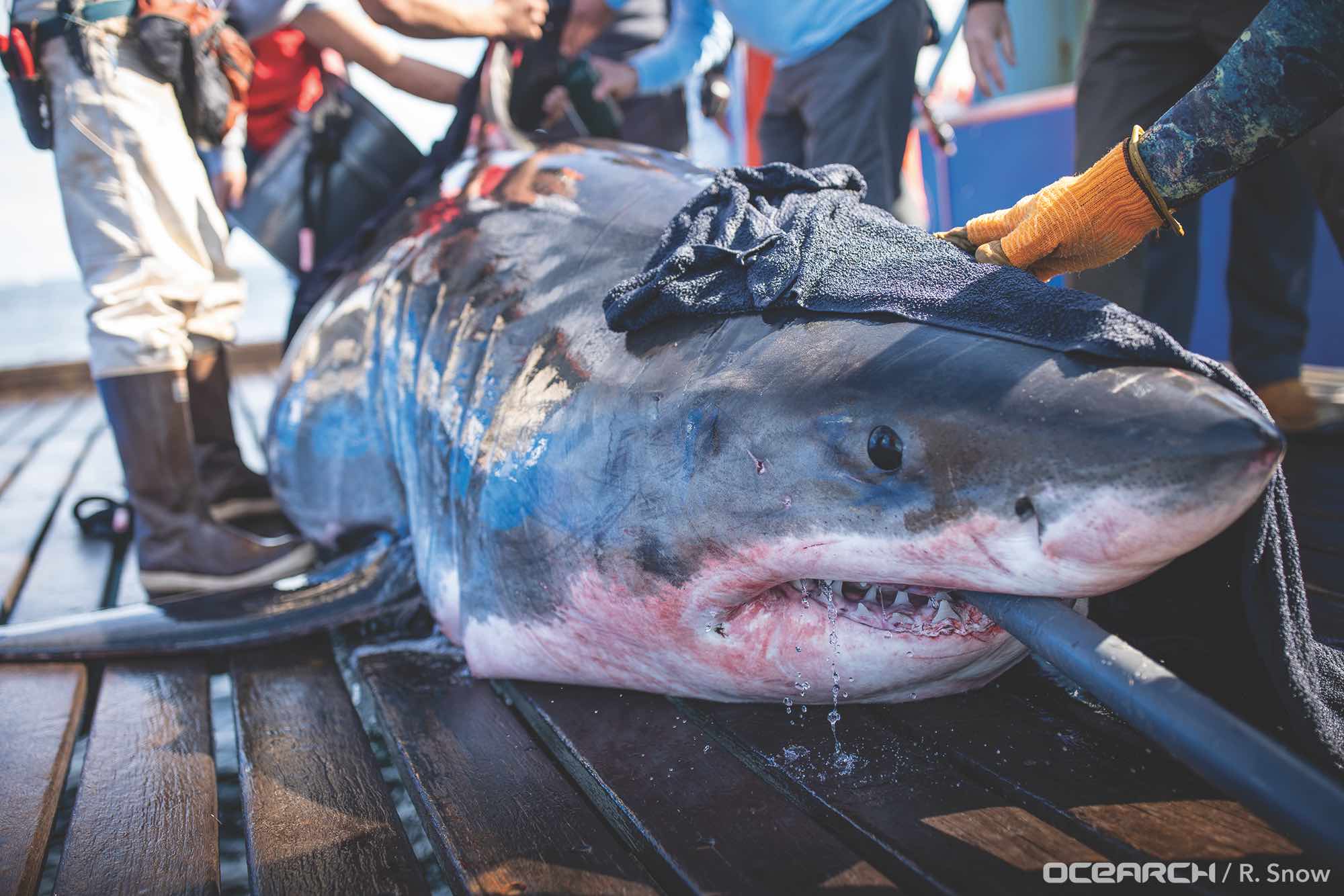 Are great white sharks showing up more frequently in Atlantic Canada, or have they always been here? A study led by researchers at Ontario's University of Windsor and published in the Canadian Journal of Fisheries and Aquatic Sciences in July 2020 used historical observations dating back to 1872 and satellite tracking data from 2018 to 2019 to establish great white hot spots, many of which are off the coast of Nova Scotia. The biologists hypothesized that the apparent increase might be because the sharks are moving north to cooler water or more abundant seal prey — or because we’re getting better at spotting sharks that have been here all along, lurking beneath the surface. This summer, the sharks are back again, including an individual nicknamed Helena who has been spotted yet again in the waters off Newfoundland. “She really seems to like it there in the summer time,” comments chief scientist Bob Heuter of OCEARCH. The team are now focusing on solving the mystery of where the sharks are mating. 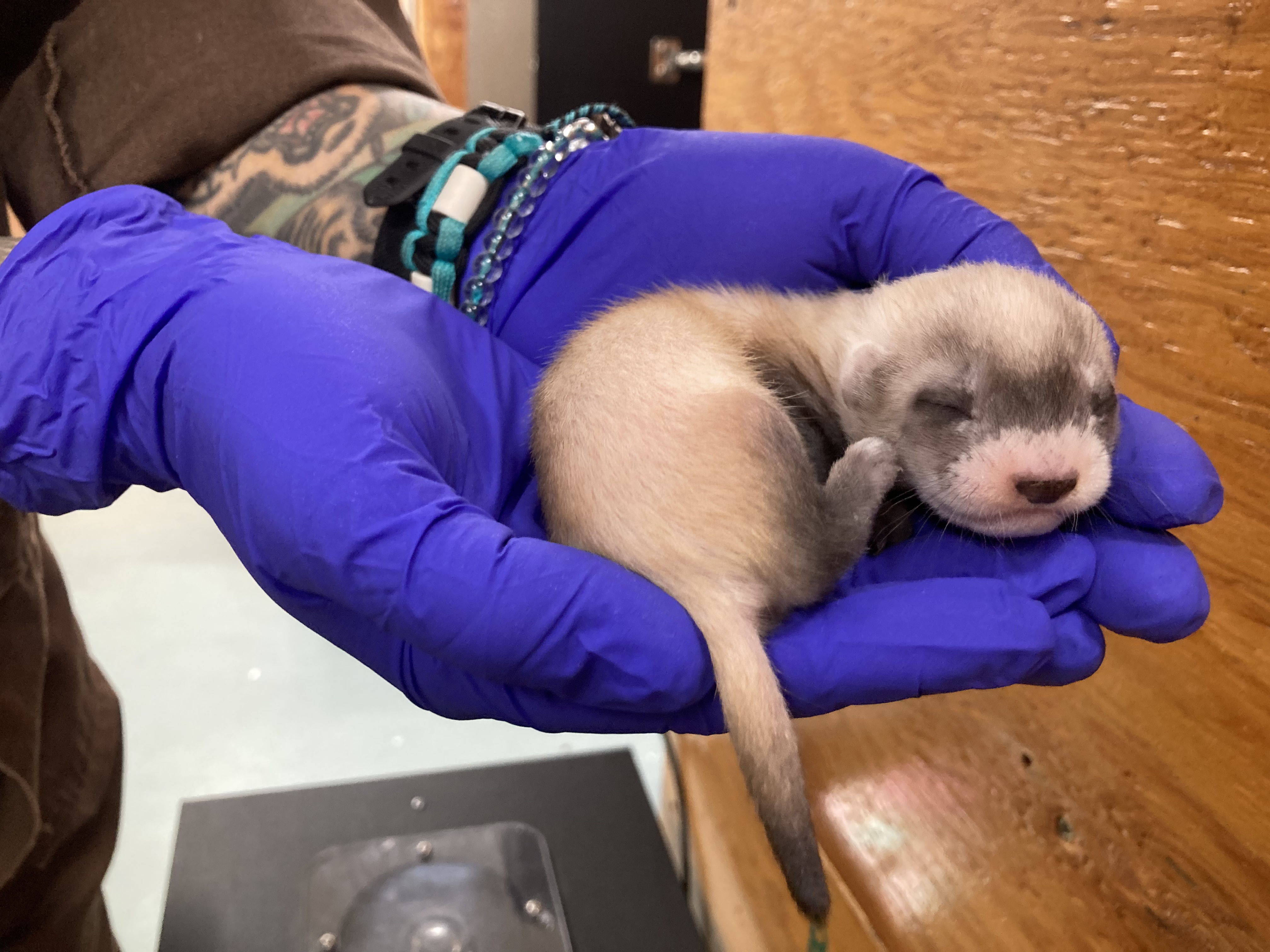 Before the introduction of captive breeding programs, black-footed ferrets were on the brink of extinction (Photo: Toronto Zoo)

Sixteen black-footed ferret kits have been born at Toronto Zoo as part of a highly specialized conservation breeding program. The program is a process, from finding mates for the finicky ferrets (this year a male named Coconut proved particularly popular with the females), to making sure breeding was successful, to the pregnancy (in which expectant mothers are monitored by closed-circuit cameras to minimize distrubance) and the birth itself. Toronto Zoo is only one of six such breeding facilities in the world for this endangered species — and without captive breeding programs like this, the black-footed ferret is likely to have become extinct. In fact, the species was thought to be extinct until a tiny remnant population of 129 wild ferrets was found in 1981in Wyoming. Tragically, the colony was then struck by a disease epidemic and, shortly after they were found, there were only 18 ferrets remaining. These were taken into captivity, where seven of them reproduced — all black-footed ferrets today, that we know of, are the descents of those seven. Conservation breeding programs have seen the black footed-ferret reestablish itself in North American prairies, where it once ranged from northern Mexico to the grasslands of Saskatchewan and Alberta. Four wild populations are now considered self-sustaining. The black-footed ferret is the only species of ferret that is indigenous to North America.