Wildlife Wednesday: A killer without a name and funding caribou fornication

Highlights and headlines from the world of wildlife this week
By Can Geo Staff
August 18, 2021

Killer without a name

So new it kills without a name, an unidentified bird disease has spread across the eastern United States and, researchers worry, may soon appear in the Canadian Maritime provinces. Mainly affecting blue jays, American robins, European starlings and the common grackle, the illness results in conjunctivitis: swelling and crusting of areas around the eye. Side effects include lethargy, tremors and discoloured eyes. Since the disease was first identified near Washington, D.C. in May, fledgling birds have been found to be especially at risk. To avoid super-spreader events, researchers are asking the public to take down bird feeders in places where the disease has been identified, or at least wash them every few weeks with water, soap and diluted bleach. 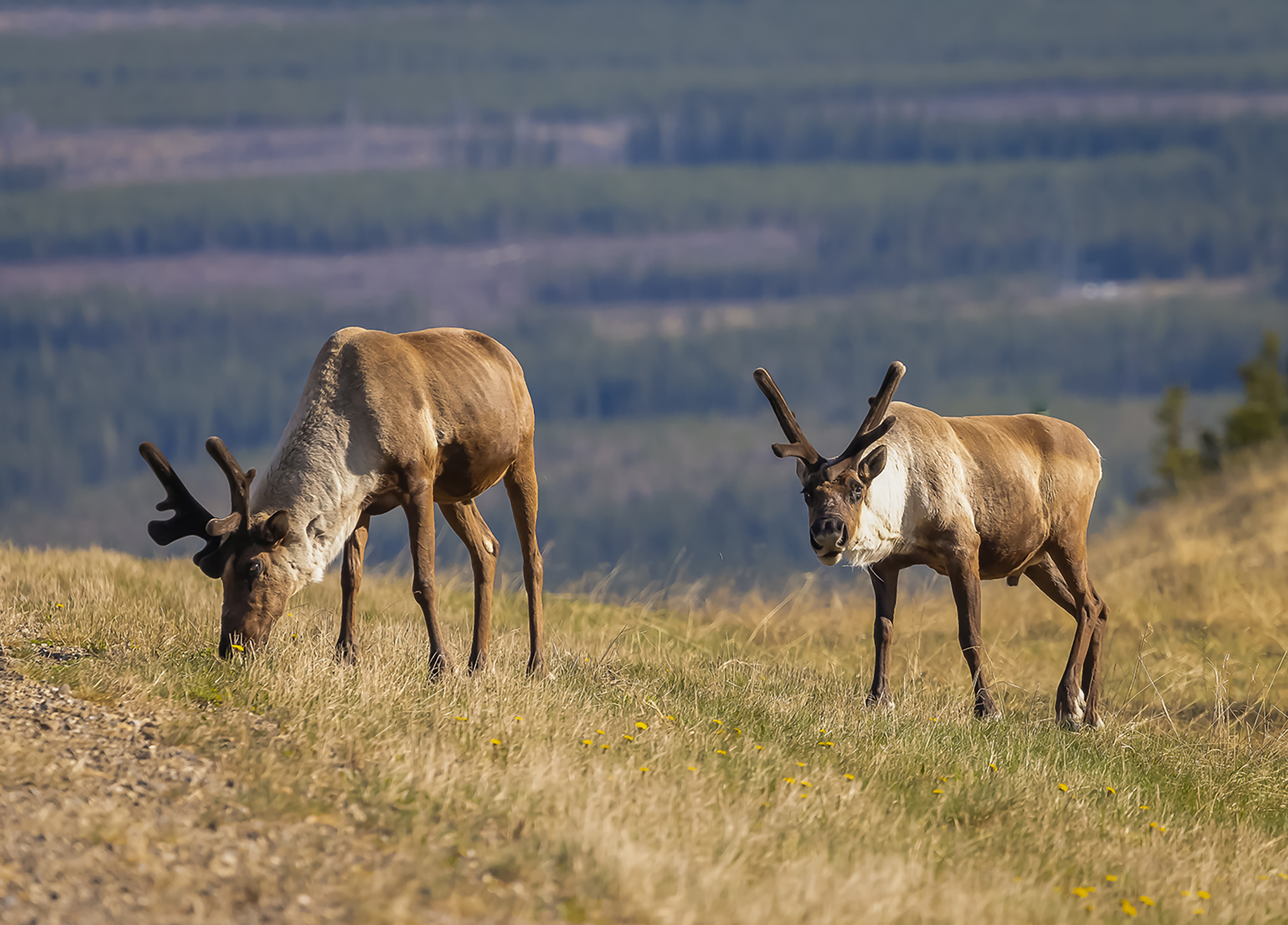 The amorous activities of woodland caribou in Jasper National Park have recently attracted the attention of the federal government. Last Tuesday, the Ministry of Environment and Climate change announced $24 million in funding — through the Nature Legacy for Canada Initiative — for the recovery of caribou herds in the park. The recovery plan focuses on the development of a conservation breeding program alongside a brand new breeding facility. Parks Canada plans to consult local Indigenous communities and the general public before building the new facility, which provisionally will be located south of the Jasper townsite. Three distinct herds of southern mountain caribou call Jasper home, two of which do not currently have enough females to repopulate without assistance. A fourth herd was last seen in 2018 and was recently declared locally extinct.

Watch for contributing editor Alanna Mitchell's upcoming feature on caribou in the September/October 2021 issue of Canadian Geographic, on newsstands now. 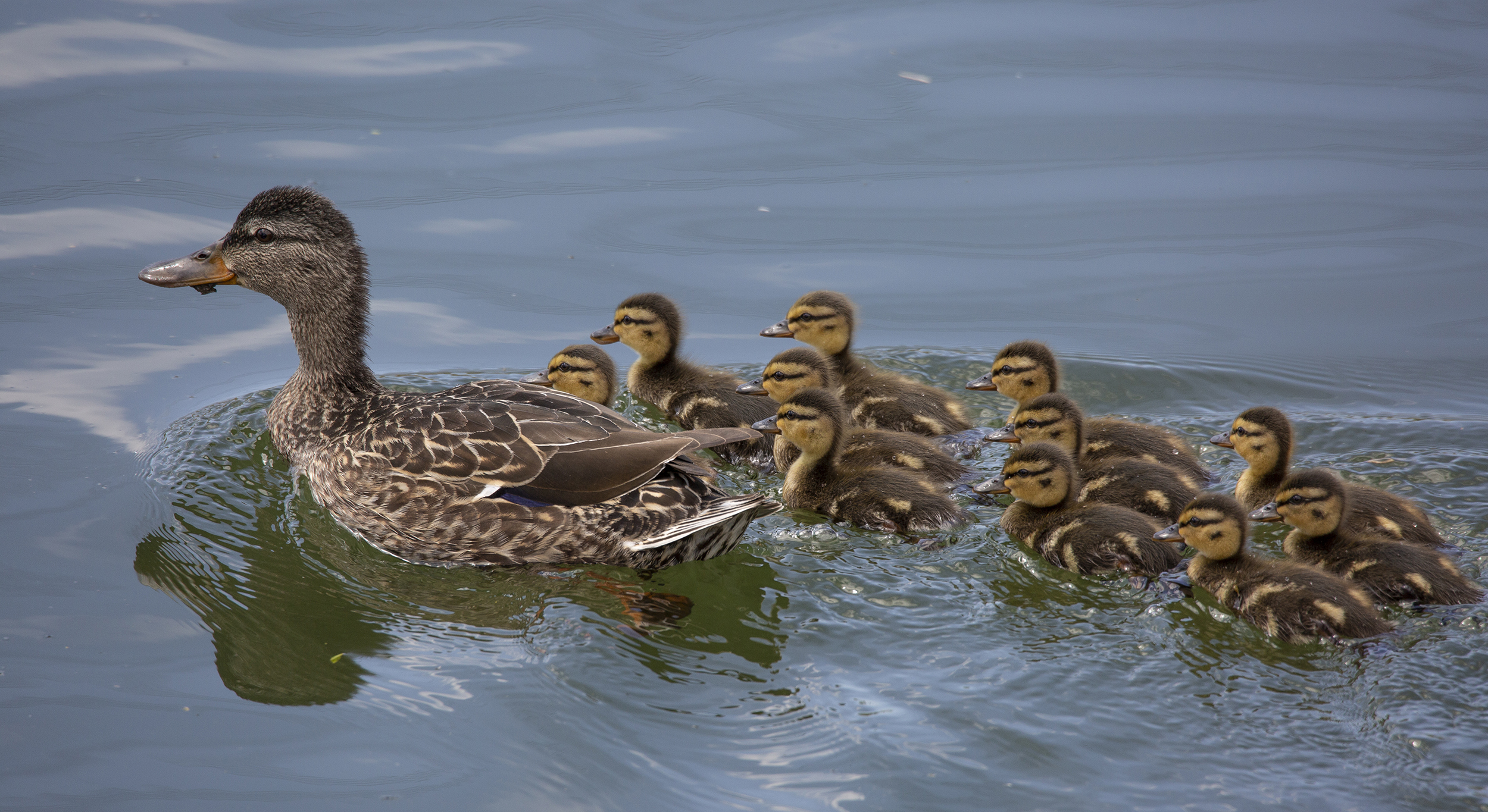 Ducklings now have a safe place to rest in Toronto’s harbour. PortsToronto, with guidance from the Toronto Wildlife Centre, have built and installed a series of “duckling docks” at four locations in the city’s harbour. While ducks are known for taking to water, they still need surfaces to rest on occasionally, especially when they are young. These simple plywood docks — about two metres long and 30 centimetres wide — attached by ropes to larger docks were designed by PortsToronto with input from the wildlife centre to provide a resting place in spots where raised, man-made shorelines make it difficult for ducklings to climb onto land. The wildlife organization expects other waterfowl to benefit from the floating platforms as well. PortsToronto will continue to monitor the situation to assess whether more docks are needed or if there are other areas better suited for them. 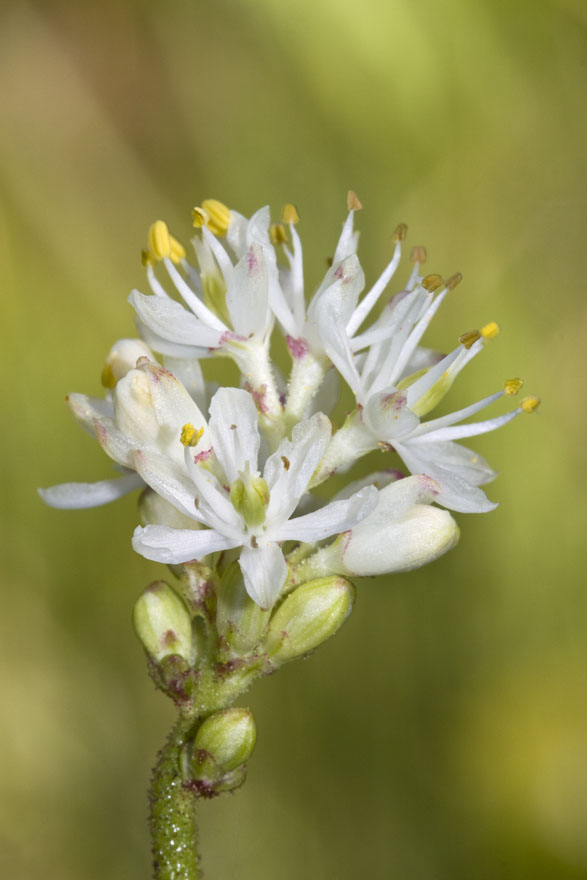 Beware the gently waving stalks and tiny white flowers of Triantha occidentalis (a.k.a. western false asphodel). If you’re an insect, it wants nothing more than to trap you with its sticky hairs, then slowly digest you. The first new carnivorous plant to be identified by botanists in 20 years, Triantha has been hiding in plain sight for decades — it’s common in boggy areas from California to Alaska. But the flowers making the news are growing on Cypress mountain in North Vancouver, B.C. Triantha’s bloodthirsty leanings were recently detailed by University of British Columbia and University of Wisconsin-Madison researchers in Proceedings of the National Academy of Sciences. A picky eater, its hairs are just sticky enough to catch midges and other small insects. That’s smart, because it means the larger and stronger insects that act as its pollinators — think bees and butterflies — aren’t caught. What makes the discovery of Triantha even more exciting to scientists? Its proximity to major urban centres suggests that other carnivorous plants remain to be discovered, even in well-studied ecosystems. 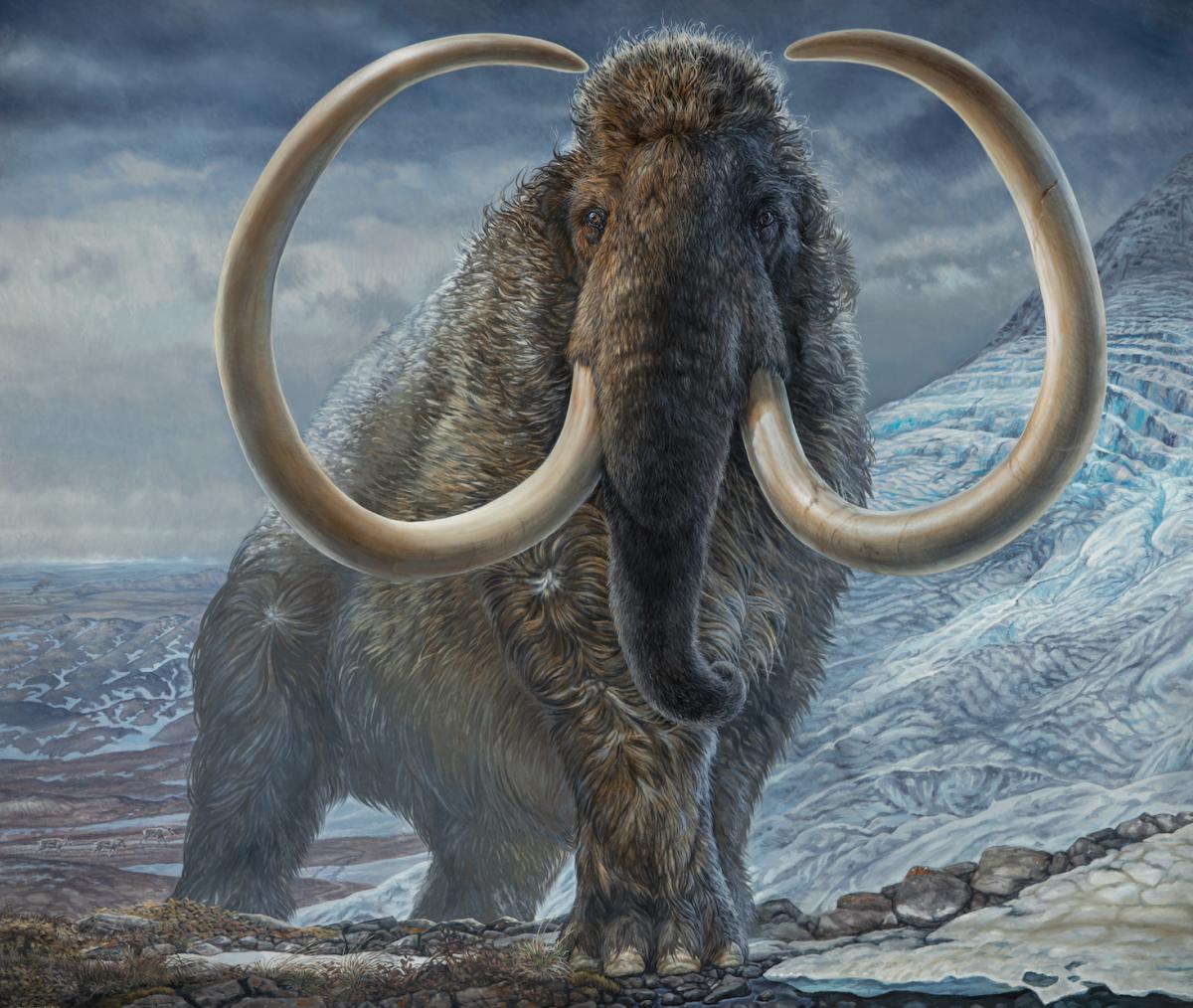 An adult male woolly mammoth navigates a mountain pass in Arctic Alaska, 17,100 years ago. This image is produced from a original, life-size painting by paleo artist James Havens, which is housed at the University of Alaska Museum of the North. (Painting: James Havens)

Around 17,100 years ago, a male woolly mammoth traced a steady path north of the Brooks Range of mountains in northern Alaska. It was an area it had frequented in the last two years of its life, hundreds of kilometres from where it had spent much of its time as a juvenile and as a younger adult. By the end of its 28 years, it had travelled 70,000 kilometres — equivalent to almost circling the earth twice. This mammoth’s story was told through the strontium isotopes that accumulated in its tusks over a lifetime — the isotopes acted as chemical tracers, allowing an international team of scientists to map where this particular mammoth had travelled over the land. “This is the closest you can get to constructing the life of an extinct animal,” says Clément Bataille, a professor of earth and environmental science at the University of Ottawa who co-authored the new research.