Plus: Toronto zoo waits for the vaccine and Fundy salmon take a big leap
By Safiyah Marhnouj
October 26, 2021

Snowshoe hares aren’t feeling the heat, despite rising global temperatures. A team of researchers working in the Yukon have discovered that snowshoe hares with mismatched coats are experiencing reduced mortality rates. Over the course of a year, snowshoe hares change from dark brown to white and back again to blend in with their surroundings. But the change in coat colour is tied to the amount of daylight, not temperature. This means that as climate change continues to shift the start of the snow season to later in the fall, newly-white snowshoe hares are no longer blending in with their snowless habitat. It was originally thought this would lead to higher mortality rates as the hares were easier to spot. But researchers found the opposite to be true. Their data showed the mortality risk was down by approximately 86.5 per cent, likely because the hares foraged between 17 to 77 minutes less during the autumn changeover. When winter hits and the length of the day starts to decrease, snowshoe hares not only whiten their fur but further insulate it — leading to a lower metabolic rate. This means the hares are less hungry during their winter wardrobe malfunction period, forage less — and are less exposed to danger.

Putting Polar Bears on the Map 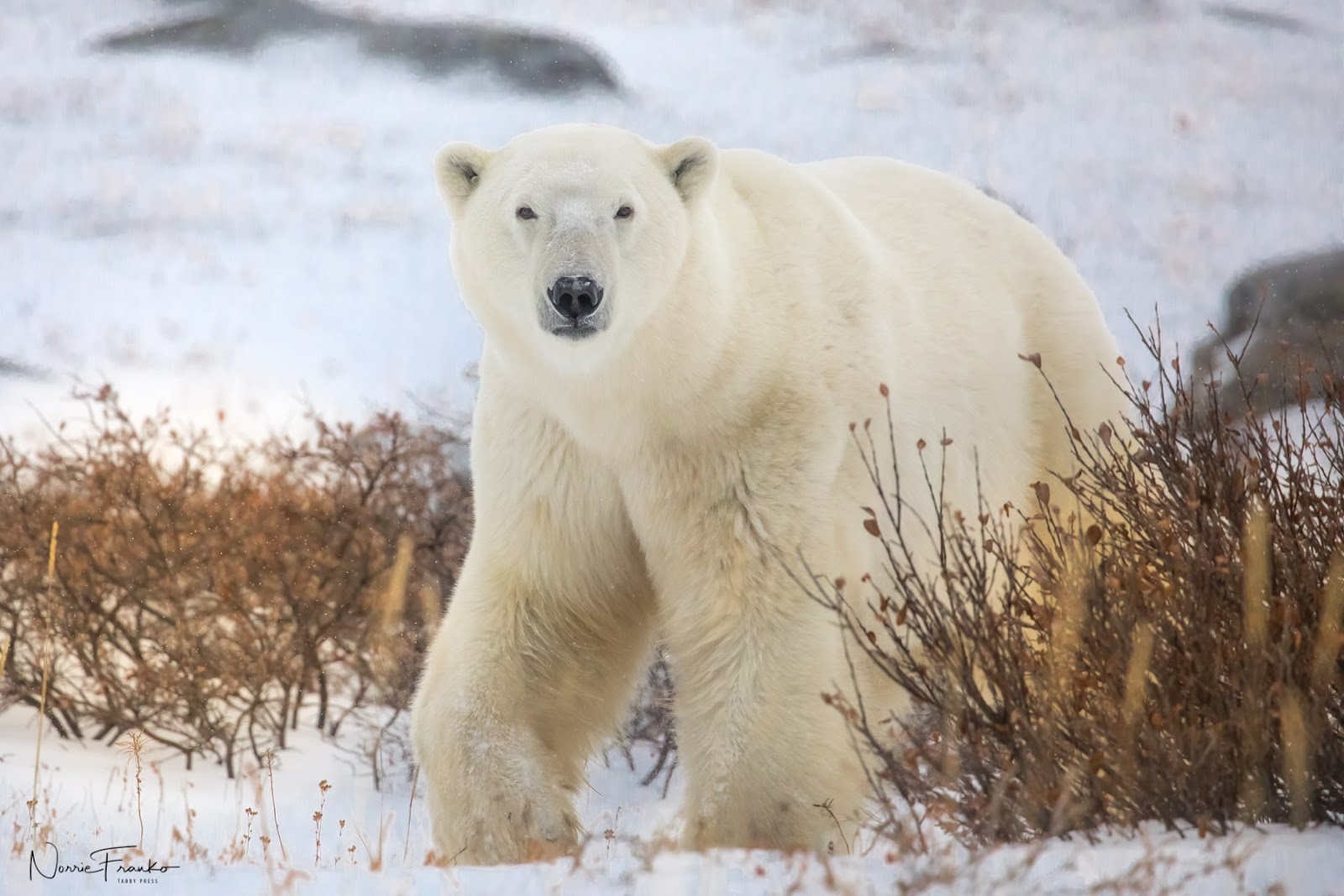 Move over bison: the polar bear is going to be the newest addition to the Manitoban emblem, becoming the province’s second official mammalian emblem. Although only announced by Manitoba premier Kelvin Goertzen earlier this month, Manitoba has long been known for its polar bears. Every July to November around a thousand polar bears migrate to the town of Churchill, Manitoba, earning it the nickname "polar bear capital of the world." Recognizing Ursus maritimus as an official symbol will further highlight the connection and boost one of the province’s biggest tourism attractions.

A jab a day

Over 10 million Ontarians are already vaccinated against the COVID-19 virus, and Toronto Zoo animals may be next. The zoo is reportedly waiting for approval for a COVID-19 vaccine already being administered to zoo animals across the U.S. Dolf DeJong, CEO of the Toronto Zoo, said they aim to vaccinate primates, swine, big cats and bats in their care. The zoo is also aiming to vaccinate their Mustelidae, a family of mammals including weasels, otters, minks, badgers and wolverines, among others. Though the zoo is home to over 5,000 animals, only 140 of them are expected to get the shot. So far, none of the animals at the Toronto Zoo has contracted COVID-19. 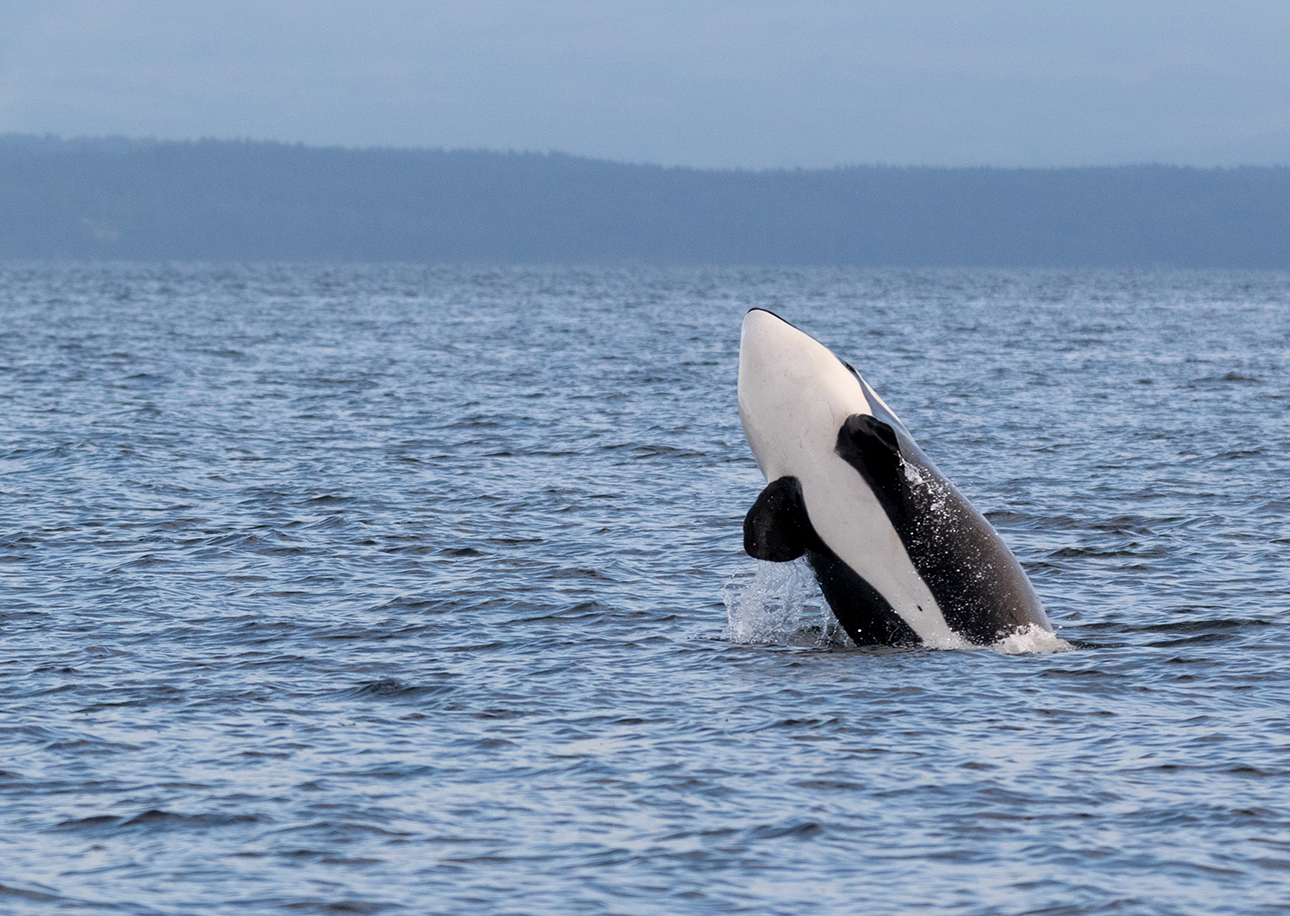 An exciting discovery is rocking the whale world after researchers encountered a group of transient whales that prey on large sea mammals and rarely travel to coastal waters. The study, led by Josh McInnes, a master's student at the University of British Columbia, analyzed over 100,000 photographs off the Canadian and American west coasts taken between 2006 and 2018. Dubbed the outer coast killer whales, the whales are usually found in deep-sea habitats between Central California and Oregon, but 26 were identified in B.C. waters. The whales, first identified in 2013, are believed to be a subset of the mammal-eating transients known as Bigg’s killer whales. Prior to the study, coastal and outer-coast transient whales were thought to belong to a single population. Researchers also identified shark-eating killer whales hundreds of kilometres offshore that couldn't be linked to other transient whales.

Salmon on the up

Things are looking up for the endangered Atlantic salmon population of the inner Bay of Fundy, research suggests. As of mid-October, some 100 endangered Atlantic salmon were recorded returning to rivers in the Fundy National Park, the highest number since 1989. The research was led by Kurt Samways, the Parks Canada Research Chair in Aquatic Restoration at the University of New Brunswick. The team of researchers also discovered a record-breaking 4,000 wild-hatched smolts migrating to the ocean, the largest run in 20 years. Over the past five years, Samways has been leading the development of one of the largest known antenna systems for detecting migrating salmon using electronic tags to track their movements.