Your weekly CanGeo round-up of wildlife news
By Can Geo Staff
June 23, 2021 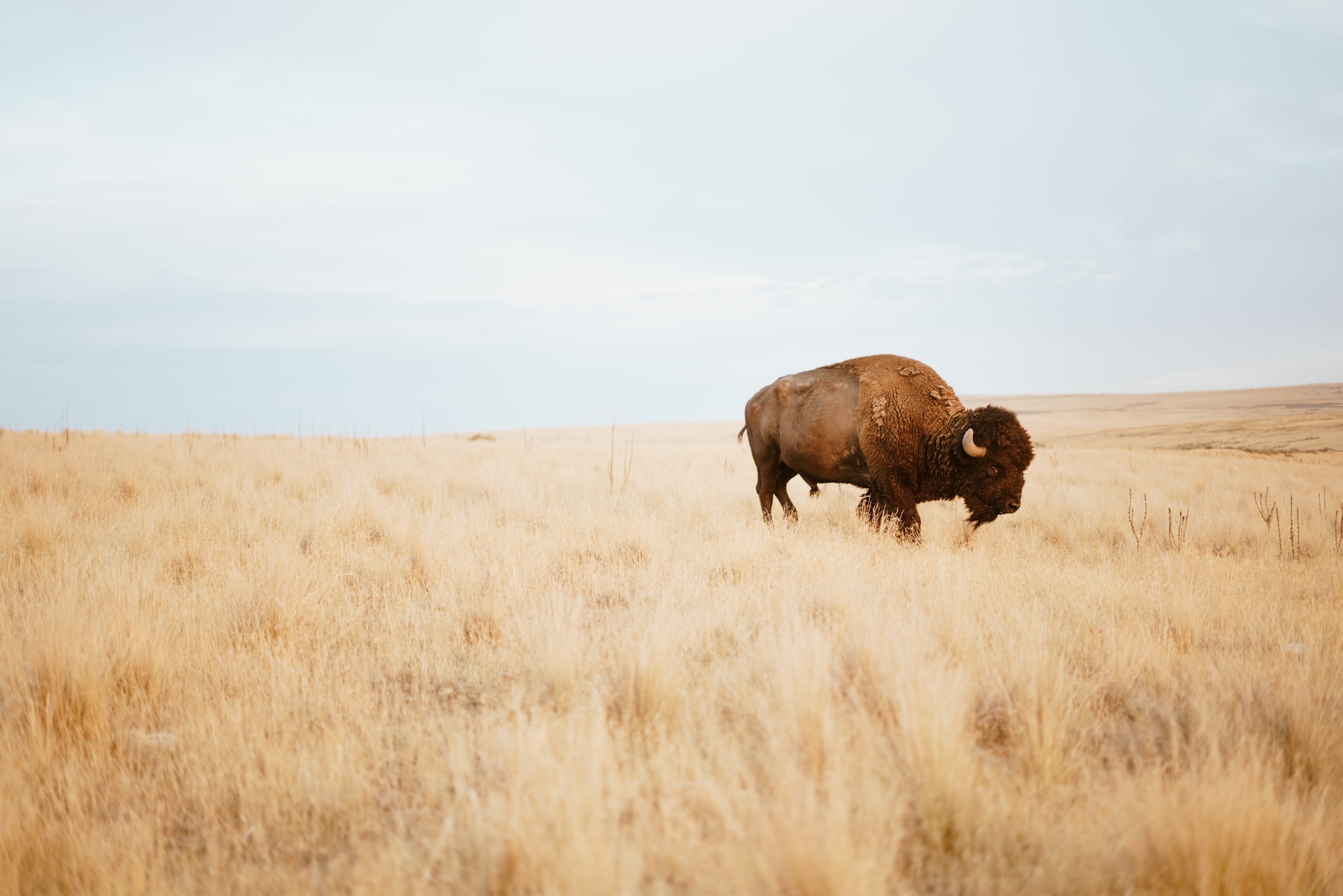 In the 1500s, some 60 million bison roamed North America; today that number is roughly 500,000. And though everyone understood the precipitous decline was a tragedy for the bison, it is now widely acknowledged that it was also devastating for the Great Plains ecosystem. That ecosystem is among the most endangered in the world, with much of it used for crops and cattle ranches. But a number of Indigenous nations in the U.S. are pushing to restore free-ranging bison to parts of their historic range, allowing the animals to move freely across the landscape. Without fences and manmade water sources, the bison would roam and graze, natural fires would occur, and the ecosystem would regenerate and balance out. “Now you’ve got a functioning ecosystem,” says former World Wildlife Fund biologist Curtis Freese — one that’s more climate resilient and supports a diverse range of species, including many grassland birds. 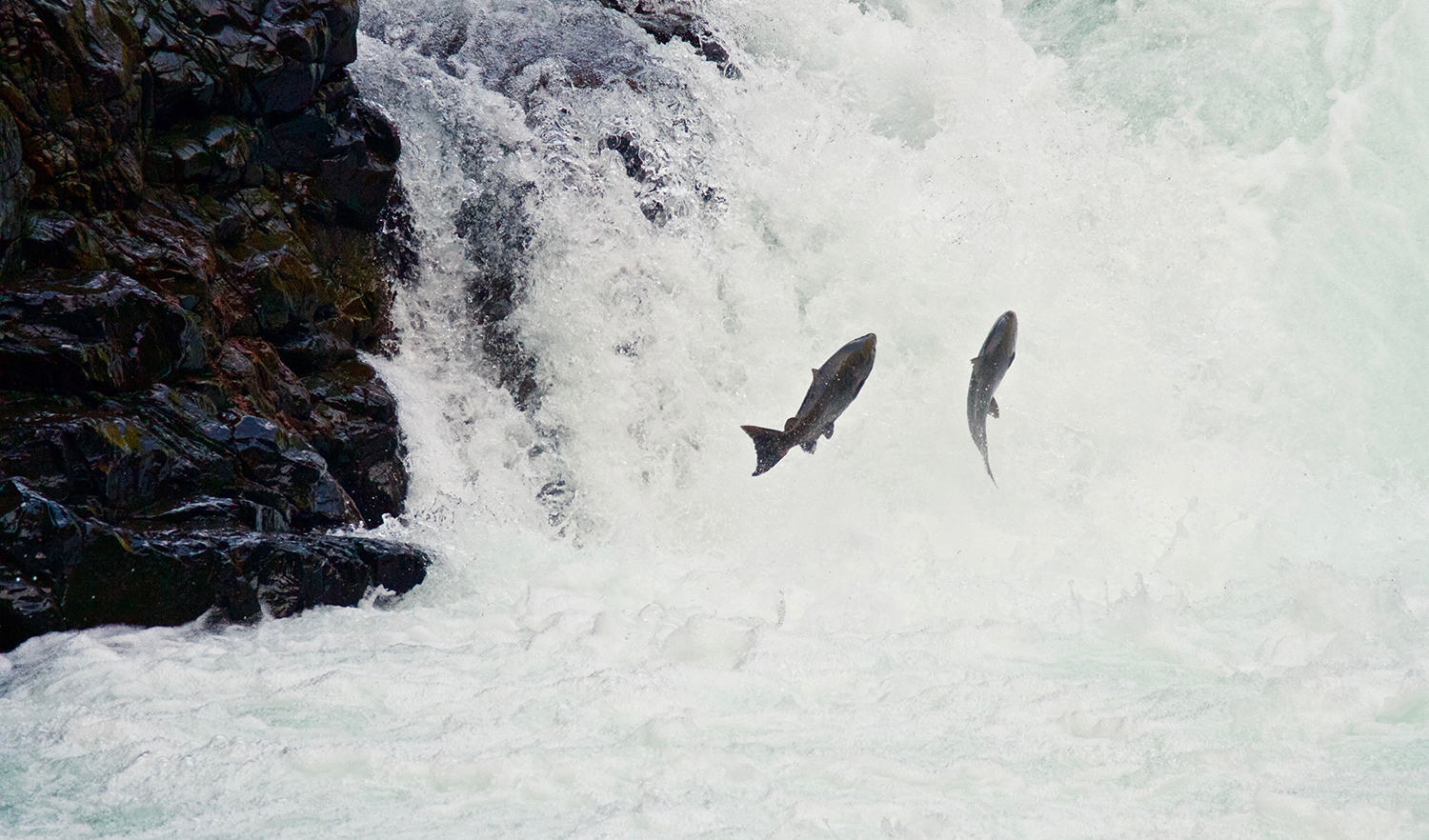 Chinook and coho salmon don’t typically interbreed. But new research published by the Royal Society argued the climate crisis — and resulting damaged ecosystems — may alter the timing of reproduction, leading to hybridization between the two species. Historically, coho and chinook salmon have spawned at different times of year and in different areas. While the coho head upstream in late fall and like to spawn in narrow tributaries with small gravel, the larger chinook head upstream in July or August and prefer large gravel and deep water with a strong current. However, droughts and lower-water levels mean chinook are spawning later while the destruction of ecosystems — driven by forestry and agriculture — results in less narrow tributaries and reeds for the coho. The UBC researchers warn that this overlap may lead to increased hybridization because, according to their results, the two species can and will successfully interbreed. In fact, during reproduction, the salmon’s “milt” (fish sperm) fertilized both coho and chinook eggs at the same rate, regardless of which species it was from. These hybrids have already been found in nature, the first in the Cowichan River in 2019. But hybrids are generally less likely to survive due to mutations, such as unequal fins. Researchers are also unsure of what impacts these hybrids might have on their surrounding ecosystem.

Hope for the Val-d’Or caribou herd 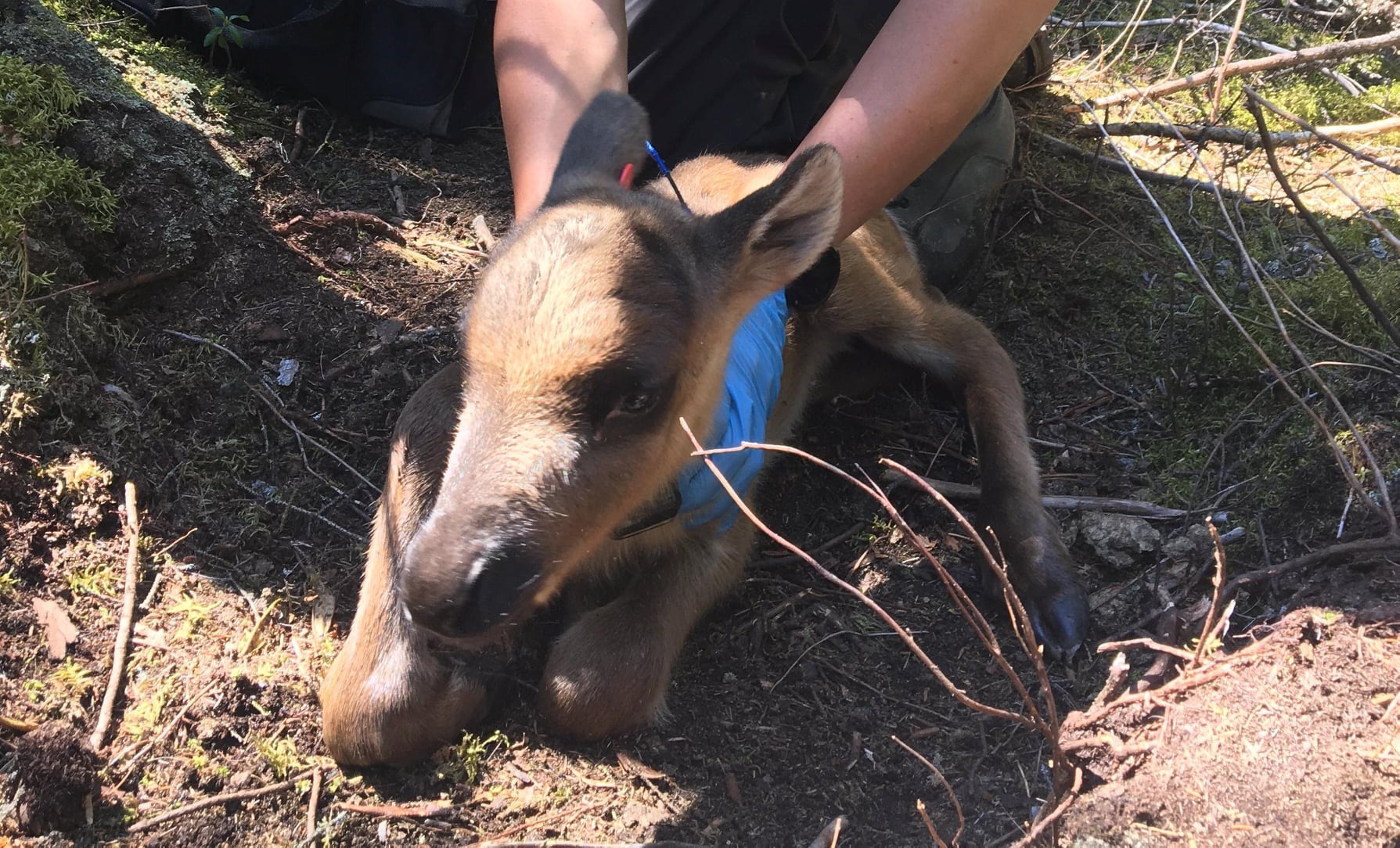 From Val-d’Or to Gaspé, caribou herds across northern Quebec — indeed, across the world — have been declining for a number of years. The Val d’Or herd has declined by approximately 90 per cent over the last 50 years and, with only six caribou remaining after one died over the winter, conservationists were growing anxious. In an effort to reverse the fortunes of the dwindling population, the province built maternity enclosures — safe spaces where female caribou can birth and rear their young calves — in several locations across Quebec. And these efforts have been rewarded with the region’s first caribou calf to be born in one of the protective enclosures.

While provincial officials say this is reason for cautious optimism, with logging continuing to chip away at their natural habitats, environmentalists say there is still a long way to go. Quebec officials are promising further conservation measures at the end of the month — fingers (and hooves) crossed for a caribou baby boom in coming years.

Holding out for a zero 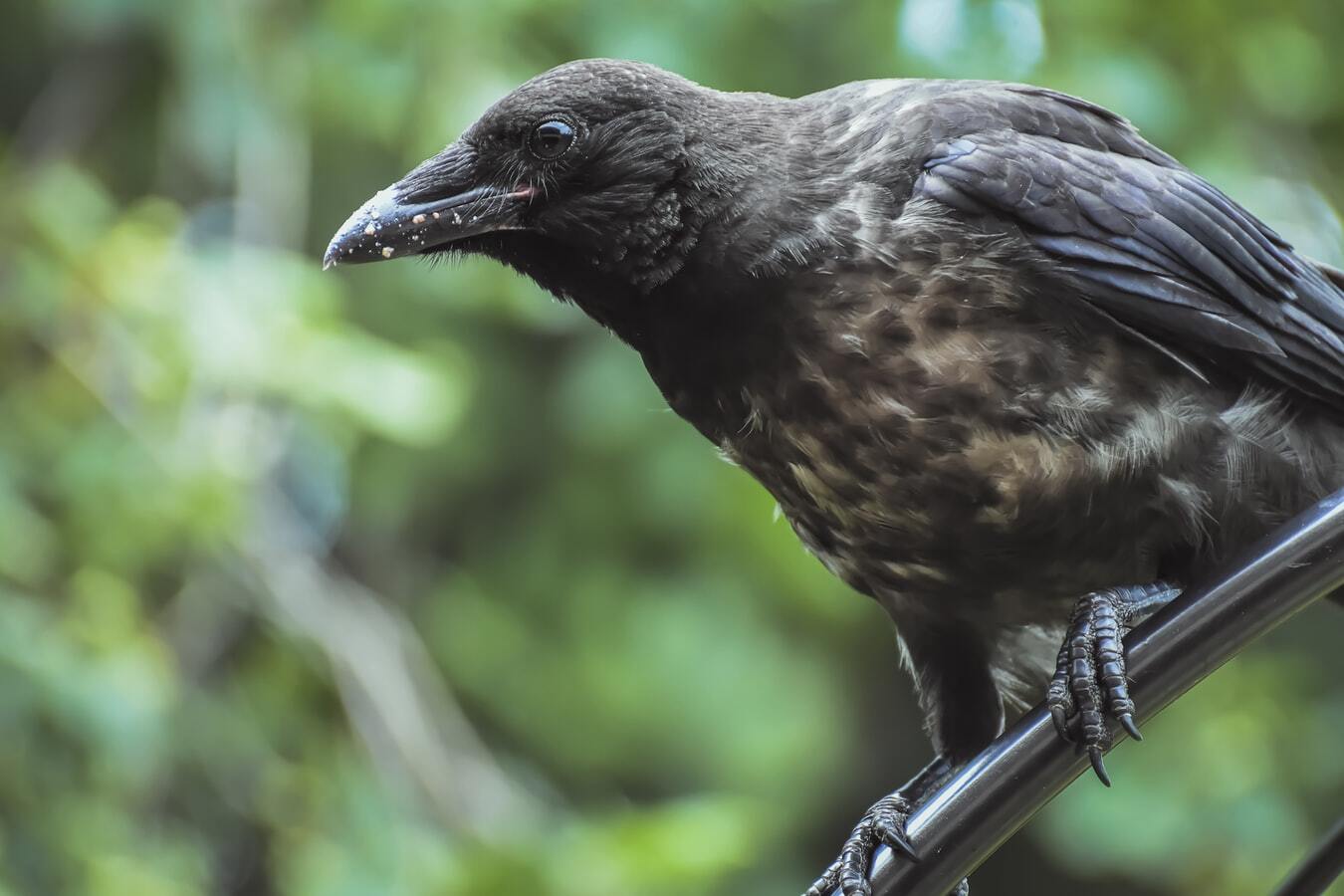 Crows can understand the highly-abstract concept of zero, according to a recent study by neurologists at the University of Tübingen in Germany. Researchers put two male carrion crows in front of a computer monitor displaying from zero to four black dots, and implanted tiny, glass-coated wires into the bird’s brains to measure neurological activity.  It turns out that subgroups of neurons in the birds’ brains were specifically tuned to each number. For example, some neurons would fire in response to two dots, others in response to four dots and — most interestingly — a specific subgroup would fire when the screen was empty. The researchers also found that crows understand numerical order — that four dots had a greater value than one dot.

Other studies have shown that rhesus macaques and honeybees can understand zero, and multiple studies have also shown that monkeys, just like crows, carry specific neurons for the number. Researchers are not sure why these animals all evolved these cognitive abilities. After all, being able to distinguish between one apple and two is important but, unless crows are developing mathematical theorems, it’s hard to see how the abstract concept of zero would be useful. 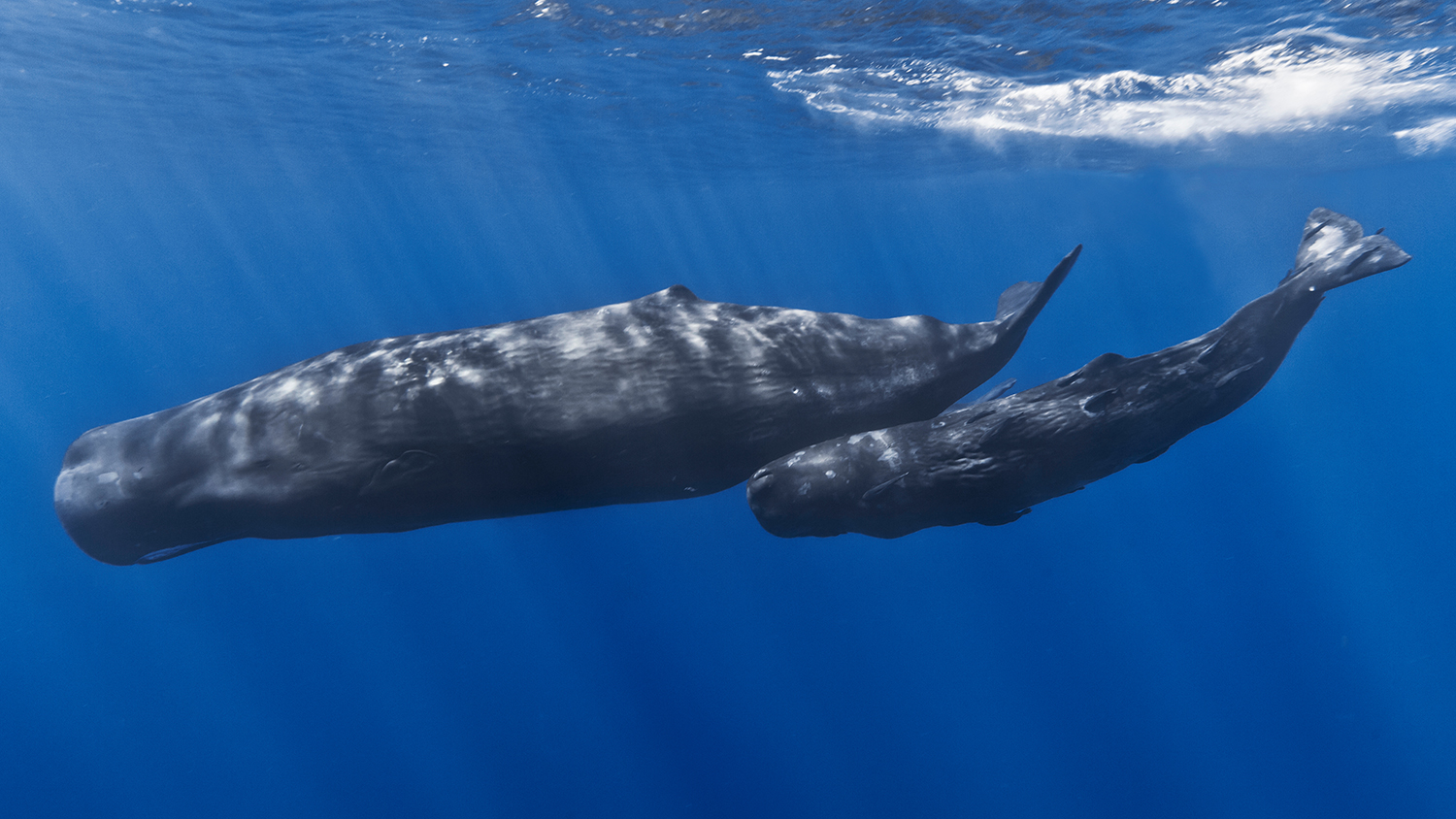 Unlike other wailing whales, sperm whales vocalize in sequences of accented clicks known as codas. The whales use codas both to communicate from hundreds of kilometres away and as echolocation systems to locate prey at depths of over a kilometre. Now, scientists with the Cetacean Translation Initiative (CETI) are attempting to decode their conversations using artificial intelligence. The researchers have already collected 100,000 clicks, but the AI algorithms may need up to four billion — so the team are setting up underwater microphones and even schools of robotic fish to eavesdrop on the whales and collect as much data as possible. Codas are expected to be simpler for machine learning algorithms to interpret, compared to other whales, based on their similarity to Morse code — but questions about the ambitious project persist: How can we make out individual dialects? Since they live in such a different world, how do we even know what they’re discussing? At the very least, the ambitious CETI project hopes to bring us much closer to the answers.