When a lake is better than a lab | Canadian Geographic

When a lake is better than a lab

Studies conducted at the Experimental Lakes Area in northwestern Ontario have impacted environmental decision-making around the world
By Jensen Edwards
August 8, 2018

Every summer, toxic algae blooms turn the waters of western Lake Erie highlighter green and threaten the health of people and animals alike. Until a few decades ago, scientists weren't sure what caused the naturally occurring bacteria to grow out of control. The answer — an oversupply of phosphorous in the water — is still being studied today in a remote corner of northwestern Ontario.

Made up of 58 lakes that dot the Canadian Shield near Kenora, Ont., the Experimental Lakes Area (ELA) was established 50 years ago this year to study the problem of eutrophication, or the overabundance of nutrients that causes algae blooms. Since it opened, scientists at the ELA have researched everything from acid rain to intersex fish to how mercury moves through the food chain For decades, the ELA fell under the mandate of the Department of Fisheries and Oceans, but in the early 2010s, it was handed over to the International Institute for Sustainable Development (IISD), an independent think tank. According to ELA biologist and former head scientist Michael Paterson, that’s when the facility began to realize its full potential as a research hub.

“The mandate that was given to me by [the IISD president] when the transfer took place was just, ‘Do research in the public good,’” says Paterson. “The much broader mandate is very exciting.”

The 26-year ELA veteran says that the lakes provide research conditions that are impossible to recreate in a lab setting, thus allowing for exciting and unique results.

“The thing that we’ve consistently seen for years at ELA is that the predictions based on small-scale studies often fail to do a good job at predicting what will happen at the ecosystem whole-lake scale.

“There’s really nowhere else in the world where [these experiments] can be done as frequently and as easily as they’ve been done here.”

To celebrate the ELA’s 50th birthday, here’s a look at some of the facility’s most exciting and influential experiments past, present and future.

Mercury is the most common contaminant found in fish in Canadian lakes and over 50 per cent of atmospheric mercury comes from coal-fired power plants. Eventually, the neurotoxin finds its way into ecosystems and moves its way up the food chain, from plants and algae to invertebrates, fish and finally, to us.

The ELA has published more than 150 studies on the impacts of higher levels of mercury on various parts of freshwater-lake ecosystems since 1978. Findings from METAALICUS — Mercury Experiment To Assess Atmospheric Loading in Canada and the United States — supported proposed legislation to cut mercury emissions on both sides of the border.

A synthetic version of estrogen, the hormone that regulates the female reproductive system in humans and animals, is found in birth control pills and often finds its way into waterways via municipal sewage treatment facilities. While lab studies had already shown that introducing synthetic estrogen to the environment could lead to the feminization of male fish, the ELA took those findings further to see what would happen to the ecosystem as a whole.

“When you do something to an ecosystem, it may only directly affect relatively few organisms in that food web, but all the other organisms that rely on them for food, or that those organisms may feed on to prevent numbers from getting higher, all of these connections affect the rest of the food web,” Paterson explains.

The ELA’s study saw a population crash in flathead minnows because of feminization. Consequently, numbers of small invertebrates like zooplankton expanded because they no longer had predators. Meanwhile, larger fish like lake trout that relied on the minnows for food saw a 25 per cent drop in their populations.

Toxic algae blooms on Lake Erie are an annual concern for the millions of people who rely on the Great Lake for drinking water. The ELA was first established with the goal of deciphering which lake factors lead to rapid algal growth. Since then, ELA scientists have been manipulating carbon, nitrogen and phosphorous levels to see what fuels the blooms.

“That work has played a major role in showing the importance of phosphorus for promoting algal blooms, and the lack of a need to reduce nitrogen,” Paterson explains.

“We’re spending billions of dollars globally on reductions of nitrogen, and I think that this work demonstrates that a lot of that may be unnecessary, [and could have] very large savings to society.”

The ELA’s discovery has led to regulatory changes around the world in sewage treatment and the chemical compositions of detergents, soaps and fertilizers that contain phosphorous.

Over 840,000 kilometres of oil and natural gas pipelines run throughout Canada, and periodically, oil spills from them. To develop better clean-up strategies and to understand how those accidents affect freshwater ecosystems, ELA has created (contained) mini oil spills on a lake.

A team of researchers is currently looking at how introduced diluted bitumen reacts to fresh water and with the local organisms; another group is comparing the effectiveness of different cleanup methods. Findings from the BOREAL experiments will help inform pipeline regulations and oil spill cleanup efforts. 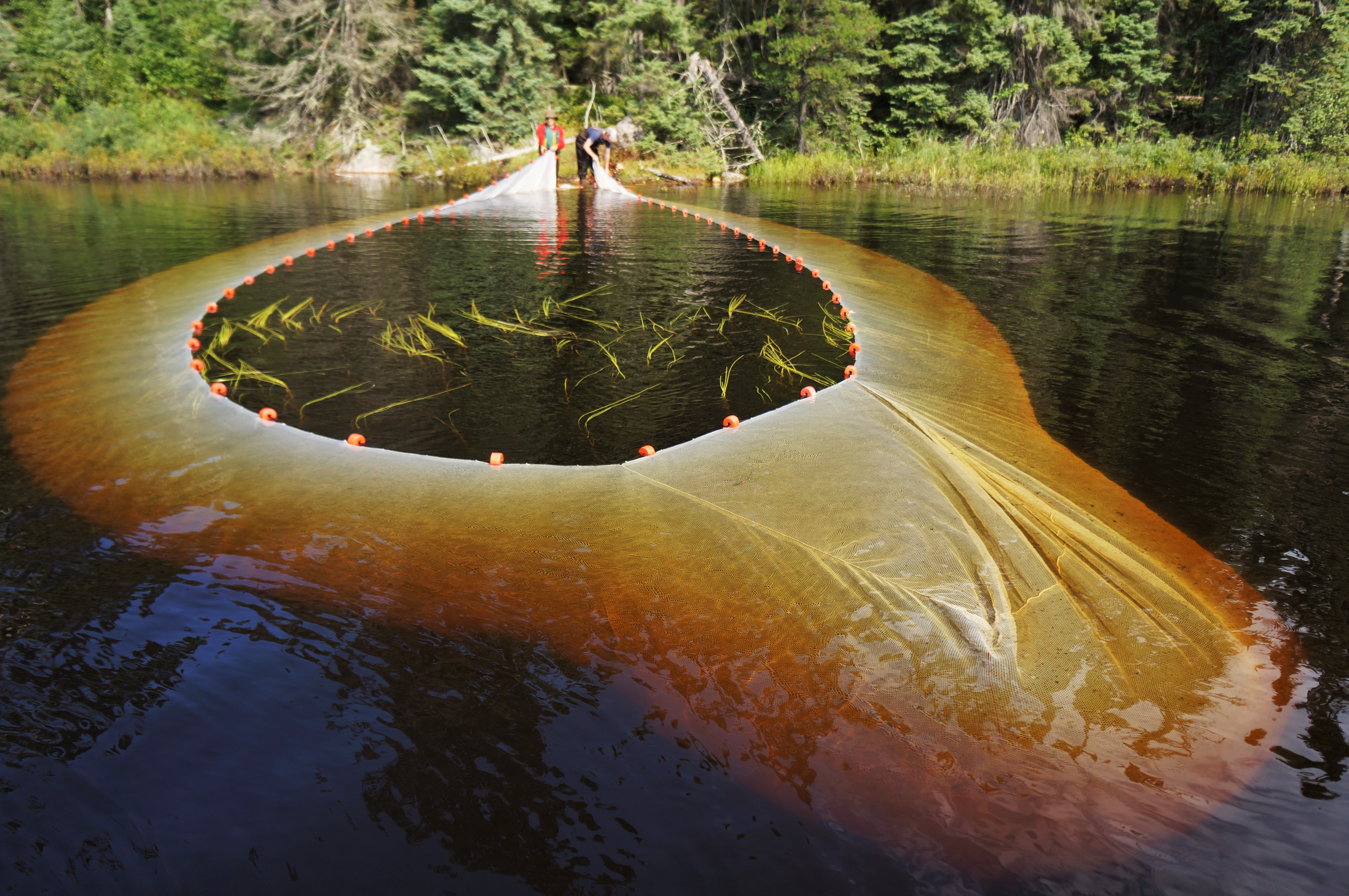 When Paterson started at the ELA in the 1990s, he never could have imagined that one day, scientists would be able to tell what organisms are living in a lake simply by analyzing the contents of water, but that’s how far DNA profiling has come in just 25 years.

Analysis of environmental DNA (eDNA) has already revealed that mammoths and humans coexisted in what is now Alaska for thousands of years; it is being used to identify invasive species in lakes and rivers; and the ELA is using it to identify species below the lake’s surface that otherwise would be hard to find with traditional sampling methods.

“I think the holy grail is to be able to identify the number and amounts of different organisms from eDNA,” Paterson says.