When it comes to conservation research, are zoos and aquariums doing enough?

A new study finds zoos and aquariums in Canada are publishing more peer-reviewed research, but there is still more to be done
By Samantha Pope
June 11, 2020

Zoos and aquariums have traditionally been seen as places for entertainment and education, but as biodiversity loss accelerates around the world and scientists sound the alarm about a sixth mass extinction driven by humans, some leading institutions are repositioning themselves as centres for conservation research.

An important way zoos can renew their social contract with the general public is by publishing peer-reviewed papers, says Albrecht Schulte-Hostedde, the Canada Research Chair in Applied Evolutionary Ecology at Laurentian University.

Peer-reviewed papers means the research is evaluated by one or more experts in the same field, which in turn gives zoos more credibility in their mission to conserve Earth’s ecosystems and species.

Schulte-Hostedde and graduate student Breanna Pyott recently completed an inventory of peer-reviewed research published by Canadian zoos and aquariums between 1993 and 2017. Their study focused on institutions that are members of Canada’s Accredited Zoos and Aquariums (CAZA), which requires that members adhere to strict standards for animal care and demonstrate a focus on applied conservation.

They found that while there has been an increase in peer-reviewed research over time, most peer-reviewed papers focus on the veterinary aspects of the zoo’s work instead of biodiversity conservation.

“A case study on a raccoon at a rehabilitation centre is a lot different than a study on the effects of head-starting in Blanding’s turtles,” he says, adding that in the latter, “there is more investment, time and money that is spent in tracking animals and seeing the effects of conservation interventions.”

Schulte-Hostedde does acknowledge the importance of veterinary research, noting that zoos build their credibility with the general public by providing exceptional care for the animals in their facilities.

“But, we argue that if they are going to continue to do research and conservation, getting more credibility with governments and the general public means producing peer-reviewed research just as scientists do,” he says.

Of the institutions Schulte-Hostedde and Pyott studied, the Toronto Zoo was found to have the greatest number of peer-reviewed publications — 182, with 1,772 citations.

The zoo has a long history of conservation work with various terrestrial and aquatic species, including the black-footed ferret (which is extirpated in Canada), wood bison, Blanding’s turtles and freshwater mussels.

“Wild animals and habitats are facing threats unlike ever before,” says Dolf DeJong, chief executive officer of the Toronto Zoos. It’s vital that researchers at the zoo be able to share their knowledge with the broader scientific community in peer-reviewed publications.

“Making sure that work is recognized and making sure we get it into those records for other researchers to build on is so important,” he says.

The Toronto Zoo is especially proud of their work with Blanding’s turtles, DeJong says. A decade ago, there were fewer than 10 of the turtles left in the Rouge River Valley, which cuts through a densely urbanized part of the Greater Toronto Area, but since then the zoo has raised and released about 300 of them and plans to continue that work.

The zoo has also done extensive work with freshwater mussels. Though many people don’t think much about the bivalves, they are integral to aquatic ecosystems.

“When we talk about our mission — connecting people, animals and conservation science to fight extinction — this original research is critical to achieve that,” says DeJong. 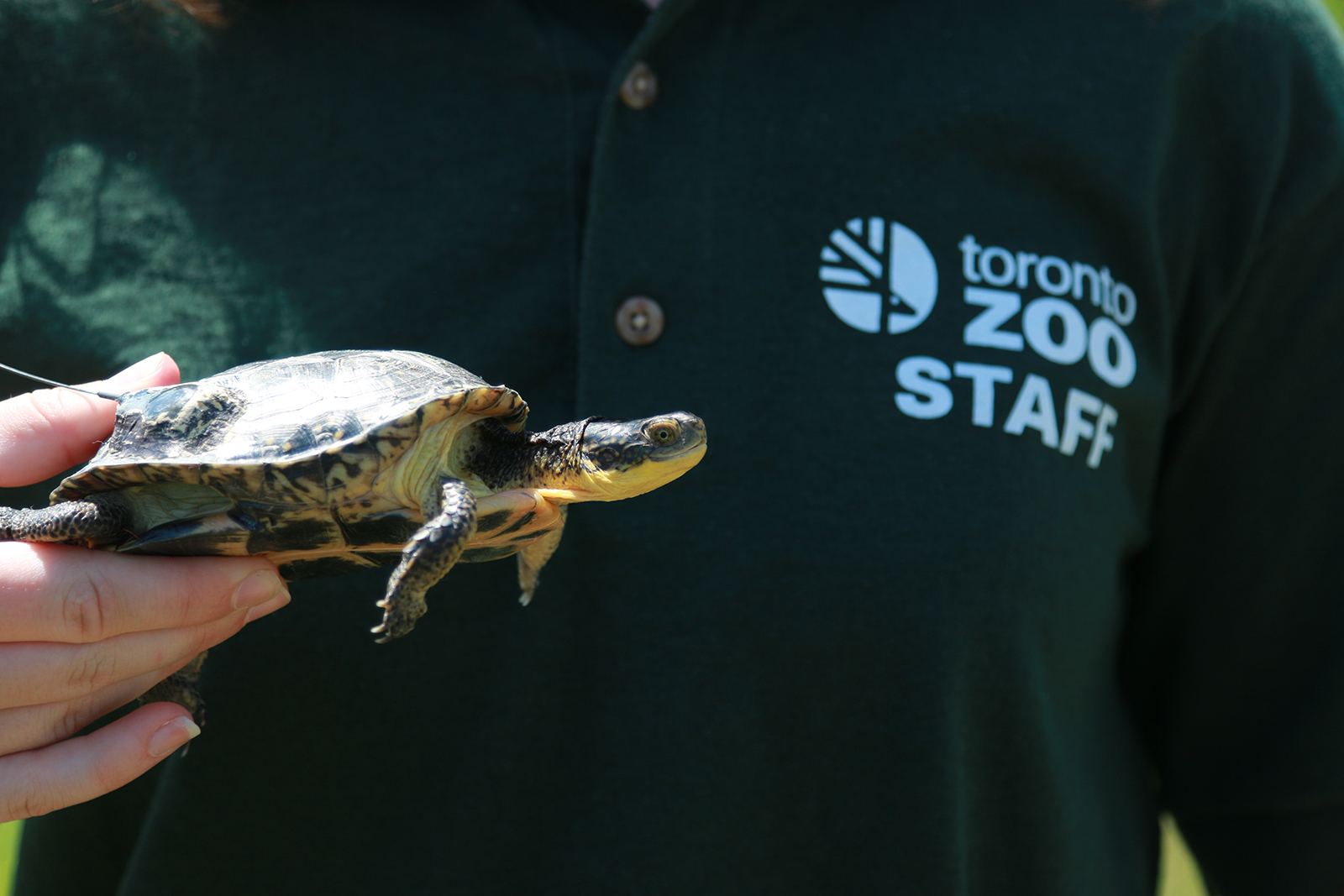 The Vancouver Aquarium was found to have the second-highest number of peer-reviewed publications. The aquarium also leads Canadian zoos in total citations, with 3,413.

Peter Ross is the vice-president of research at Ocean Wise, an umbrella conservation association that has overseen the Vancouver Aquarium for the past three years. He says zoos and aquariums primarily see themselves as places to inform and educate the public about species or habitats they may never get to see in the wild.

But he also believes institutions like the Vancouver Aquarium have an obligation to be responsible custodians of their collections, and that means taking advantage of their unique ability to study species in controlled environments.

“There is a clear expectation that if zoos want to retain social license, they have to do more than simply show and tell,” he says. “Research is one of those things that is evident in this regard.”

The program also includes the B.C. Cetacean Sightings Network, which has delivered citizen science data to the Vancouver Aquarium's research team for more than 20 years. Observations from the public are used to map the presence and distribution of marine mammals and turtles, and deliver real-time reports to quickly warn ships of whales in their vicinity.

With this research, Ross says the aquarium is able to contribute to conservation. Sharing this knowledge with others means people can work together to protect vulnerable species. 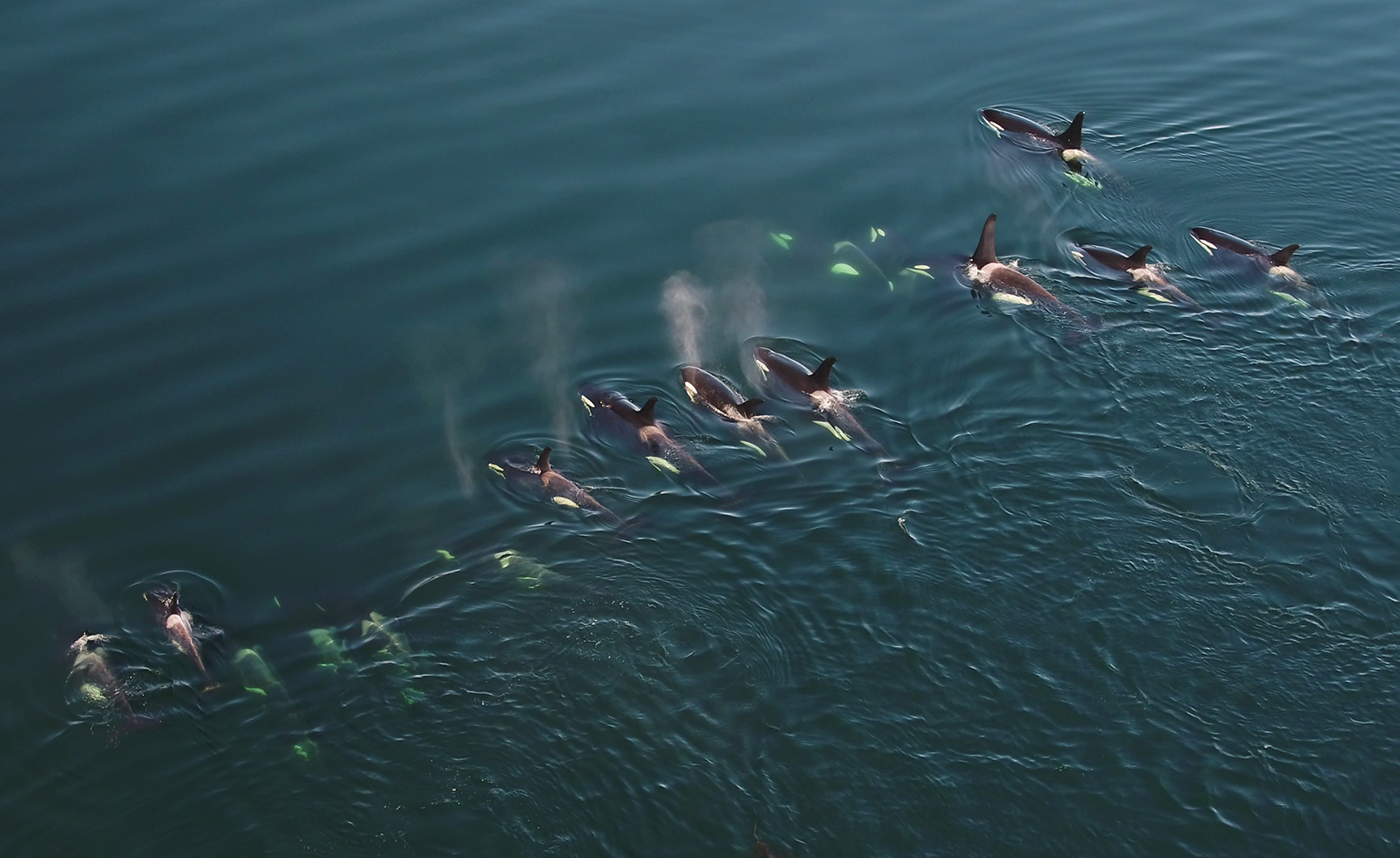 The Vancouver Aquarium is involved in killer whale research along the coast of British Columbia. By using drones, as seen in this photo, researchers can study the condition of the animals non-invasively. (Photo: Ocean Wise Research Institute)

The challenge of conservation-focused, peer-reviewed research, however, is that it is expensive to carry out. There are only a handful of zoos in Canada that are large enough to sustain the staffing levels needed for conservation work, Schulte-Hostedde says.

His study parallels work published by the Association of Zoos and Aquariums in the United States, which looked at the number of peer-reviewed publications by American zoos. In the U.S., there are a number of large research institutes associated with zoos that tend to get much more financial aid than Canadian zoos.

In Canada, Schulte-Hostedde found that the zoos and aquariums that have research outlined in their strategic mandate tended to publish more peer-reviewed papers. He says if a zoo or aquarium was applying for a research grant and didn’t have research in their mandate, they could be at a disadvantage.

By including research in their mandates, zoos can open themselves up to the global research community and contribute to ongoing work to understand how species are adapting to an ever-changing planet.

“This is an opportunity for introspection by the zoo community in assessing the effectiveness of their research programs,” Schulte-Hostedde says. “I would love to see a culture in zoos where they are willing to look at what they are doing and can objectively assess whether they are meeting their benchmarks.”

Conservation research in a post-COVID world

Something else that could hinder the ability of zoos to conduct extensive conservation research moving forward: the COVID-19 pandemic.

The Vancouver Aquarium has lost 80 per cent of its revenue since it was forced to close its doors to protect public safety and is burning through more than a million dollars a month to take care of its animals. Still, Ross is optimistic that research and conservation can continue at the facility.

“We know what our strengths are and what the public expectations are,” he says. “We are ideally positioned to be able to deliver really effective science to solutions opportunities, but the exact model of how that will look is unclear.”

Amid global financial hardships, Ross says there are questions on whether conservation will be a priority in a post-COVID world. But, more peer-reviewed research means the public can continue to be taught the importance of protecting the planet. Consequently, this research can spur action on important conservation issues.

Related: How Canada’s zoos are adapting to COVID-19 realities