What spiders can teach us about ecology

The spider's web is the perfect metaphor for the interconnections between species, people and place
By Jean Polfus
January 17, 2018

“Spiders are really powerful,” Frederick Andrew tells me. It’s a bright summer morning in Tulı́t'a, Northwest Territories. We’re standing at the side of a dirt road, examining rain-drenched willows in the wake of a storm. In Dene, an Athabascan language of the central Northwest Territories, the word for rainbow is closely related to the word for spider web. For someone who speaks Dene, gotsǝ́ mı̨́ (literally, “spider net”) evokes both the prismatic arc of a rainbow and the sparkling water drops that catch on spider webs after the rain. The word itself connects the smallest beings with the most striking of natural phenomena.

At its core, ecology is about the relationships between different species and how these interactions play out in the environment. However, both the English language and the scientific method prioritize compartmentalizing information – by emphasizing nouns, establishing boundaries, creating boxes, and fitting things into those boxes. Dene language, however, does not. Instead, connections are built into the verb-based language and describe a world where relationships among and between species, people, and the environment are central to how the ecosystem is perceived.

For ecologists, it can be difficult (or even impossible) to isolate individual components of a system and study them independently because sometimes a species’ behaviour may only occur when it is part of the complicated whole. Modern ecological research acknowledges this and many researchers now focus on the “emergent properties” of ecosystems (complex outcomes that cannot be explained by the sum of individual parts).

Some ecologists have also begun to recognize the importance of collaborating with Indigenous Peoples to help understand how ecosystems function. The robust understanding of ecological interactions that make up Indigenous knowledge systems and languages should not be viewed in conflict with scientific knowledge. Instead, Indigenous knowledge contains essential information about the environment that can enhance our collaborative understanding of the world by providing a different perspective. This has certainly been the case with my community-based collaborative research on caribou in the Sahtú region of the Northwest Territories.

Working together with Dene collaborators, we found alignment between the Dene words for caribou and genetic population groupings. Specifically, we found genetic differences between tǫdzı (boreal woodland caribou), ɂekwę́ (barren-ground caribou), and shúhta ɂepę́ (mountain caribou), and historical accounts by Dene elders helped us make sense of the spatial patterns we found. 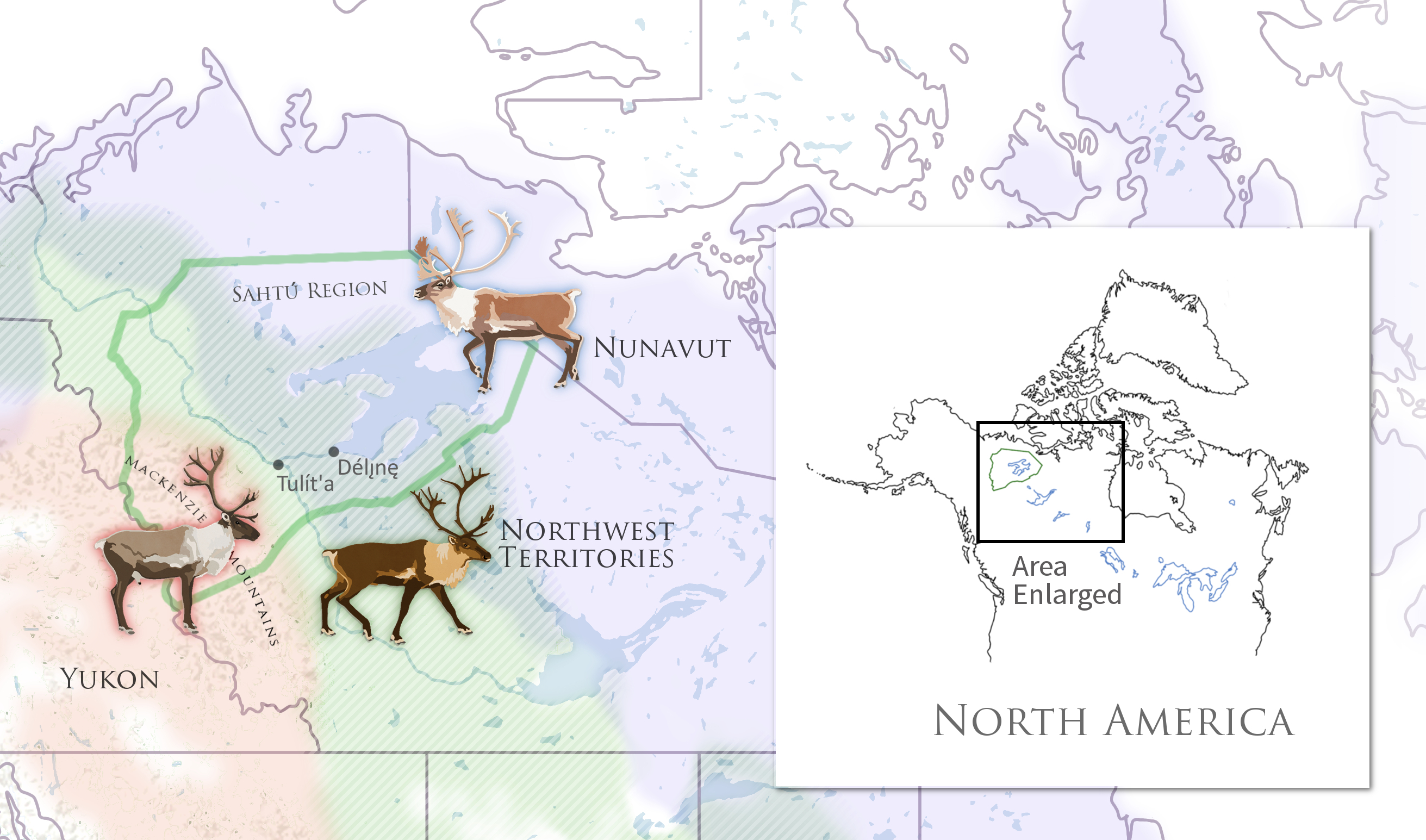 At times during meetings I encountered information about caribou that did not match the knowledge consistent with my scientific training. Disagreements between knowledge systems are often construed by outsiders as examples where one system is right and the other is wrong. In most cases science is assumed to represent the truth by default and Indigenous perspectives are ignored or even omitted. But in my experience, mismatched information rarely has one simple explanation. By delving into the potential explanations through collaboration, listening closely, and taking the time to explore differences, we gain a unique opportunity to learn about the world.

For example, I have learned that the presence and condition of ptarmigan, a northern grouse that has feathery feet and turns white in winter, can serve as an important ecological indicator. In a piece of advice that initially seemed counter-intuitive, Morris Neyelle, a Dene elder from Délı̨nę, told me that an abundance of fat ptarmigan in the fall may foretell a harsh winter in that area because the birds are preparing for a period of scarcity. The relationship between ptarmigan and caribou is complex, but skilled Dene observers are also able to predict caribou movement based on ptarmigan behaviors.

Additionally, elders told me about a type of caribou in the Mackenzie Mountains that travel long distances and can be identified by specific markings – but have no scientific description or English name. Although tęnatł’ǝa have not been seen in many years, the fact that a Dene word exists for these caribou demonstrates that classifying them as a unique group was critical to Dene survival. Recognizing that there are diverse ways of knowing affirms Indigenous governance and supports the livelihoods of people who depend on the land. 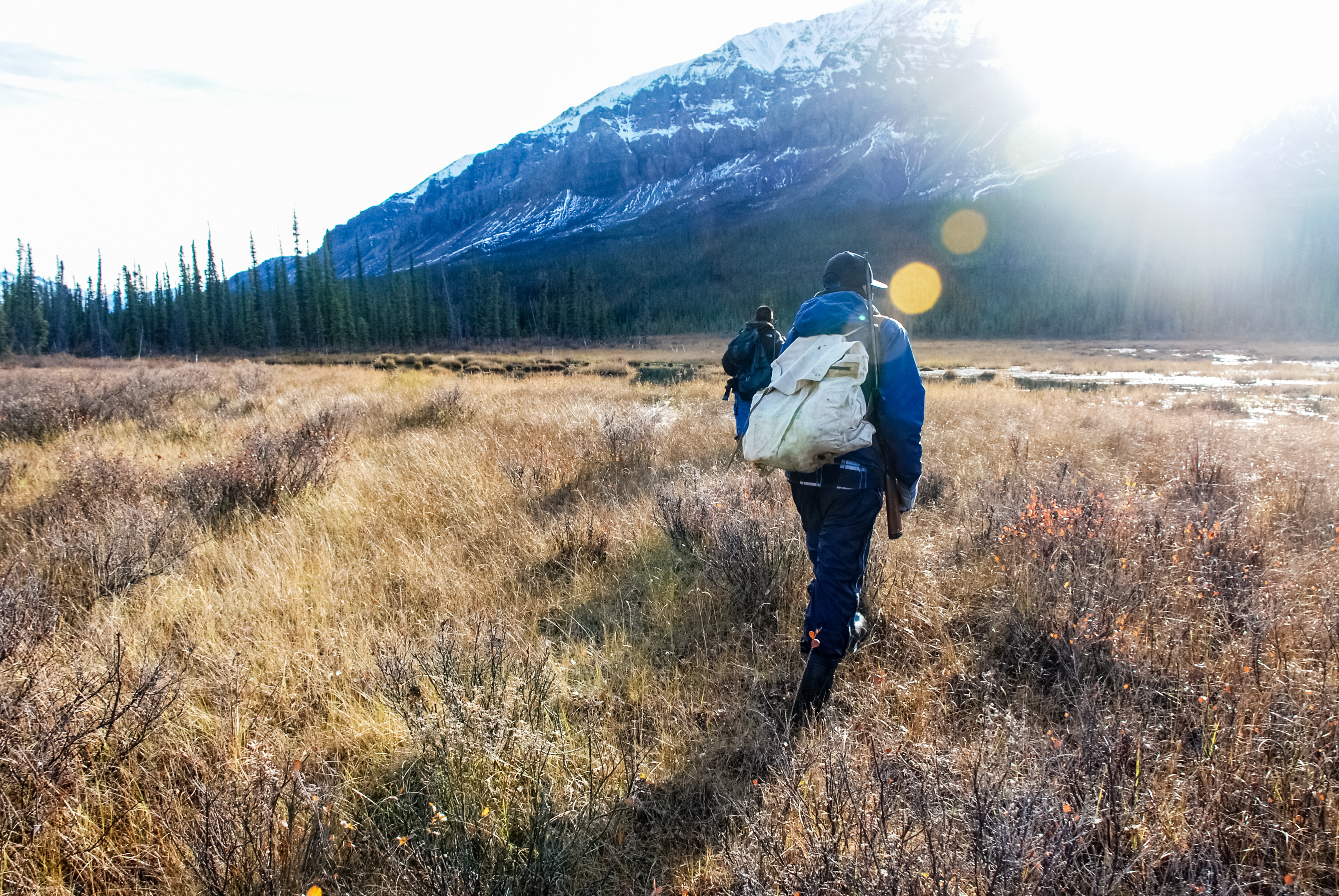 Back on the edge of the road, Frederick and I examine the tiny rainbows reflected in the spider web’s droplets. Frederick explains to me that many other small insects or songbirds may drink the drops of water caught on the spider’s threads. He was taught to protect spiders because harming them may have far-reaching repercussions.

Like a spider’s web, the delicate threads that connect components of an ecosystem can be hard to perceive. As we continue to learn more about the fascinating web of life, we must not overlook the fact that in many places this system is under threat of destruction.

Teaming up with Indigenous experts, social scientists, and linguists will allow us to explore alternative interpretations of the world and delve into the complex interactions that unite the web. Together we can illuminate the exquisitely detailed descriptions of animal behavior, environmental conditions, and relationships between species that have so much to offer our collective ecological comprehension and future conservation efforts.

Jean Polfus is a Liber Ero Postdoctoral Fellow whose research interests include caribou, interdisciplinary approaches to conservation, and SciArt. She lives in Tulita, Northwest Territories. The Liber Ero Fellowship Program supports early-career scientists working to improve the conservation of Canada’s wild places and natural resources. Follow them on Twitter.