Ghost gear — lost or abandoned fishing gear — is a major problem in our oceans, but renewed efforts are underway to clean it up
By Angelica Haggert
July 13, 2020

“[In Canada], it’s been illegal for a long time to bring in anyone else’s gear,” says Bruce Chapman, executive director with the Canadian Association of Prawn Producers (CAPP). “If you come across gear while you’re fishing, you’re obligated to return it to the sea.”

Fisheries and Oceans Canada says the reason for this is because there’s no way to know for sure whether it’s ghost gear. But Chapman says his association’s members are on the water fishing 12 months of the year; they know which gear is abandoned and which isn’t.

“In Newfoundland and the Gulf of St. Lawrence, they have highly seasonal inshore fisheries. Inshore fisherman stop with their fixed gear (traps) in about September or October and then they resume in April or May,” he says. “We pick up a lot of gear during the winter time, so it’s clearly not active gear.”

CAPP has tried for the last 15 years to convince the federal government to allow them to retrieve ghost gear they encounter while out on the water. In May of this year, they finally landed a two-year pilot project to be able to bring in lost or abandoned gear — and not a moment too soon.

Chapman, who has worked in commercial fishing for 40 years, says the amount of ghost gear has increased since he joined the industry, mostly because gear is now made of “essentially indestructible” plastics.

“In the Newfoundland and Labrador area, an individual vessel we operate would have an encounter [with ghost gear] once a month. The encounters would be in even greater numbers off Nova Scotia, which is not part of this pilot project,” he says.

The program operates at no financial cost to DFO, and includes offshore vessels fishing for northern shrimp and Greenland halibut in the 0A/0B (see map) area off the coast of Newfoundland. About 15 vessels are part of the pilot project. If the fishery officer on duty is able to identify the owner of the retrieved gear, the officer will take that gear into their possession. Otherwise, the fishery officer will provide authorization to the vessel operator to dispose of the gear, following local regulations.

A lot of fishing equipment is made of plastic, which doesn’t biodegrade in the oceans. (Photo: Michael Pitts/naturepl.com)

In addition to the pilot project, the DFO has launched a new fund dedicated to tackling the ghost gear problem as part of the federal government’s broader efforts to reduce plastic waste in Canada.

Its long name is the Sustainable Fisheries Solutions and Retrieval Support Contribution Program, but Marina Petrovic, spokesperson for the fund, says to just call it the Ghost Gear Fund: an $8.3 million fund to assist fish harvesters, environmental groups, Indigenous communities and the aquaculture industry with cleaning up marine litter.

“Ghost gear is one of the deadliest forms of plastic debris,” says Petrovic. “Not only is it a threat to people’s livelihoods, but it’s also a global food security issue.”

According to the DFO, some studies show that ghost gear contributes up to 70 per cent of microplastic particles in the ocean.

She adds fishers don’t abandon their gear intentionally, for the most part. It’s usually lost in a storm or as a result of becoming snagged on the seafloor or, ironically, tangled up with ghost gear. The fund is aimed at helping stakeholders find ghost gear, dispose of it responsibly and try to prevent losses from happening in the first place. 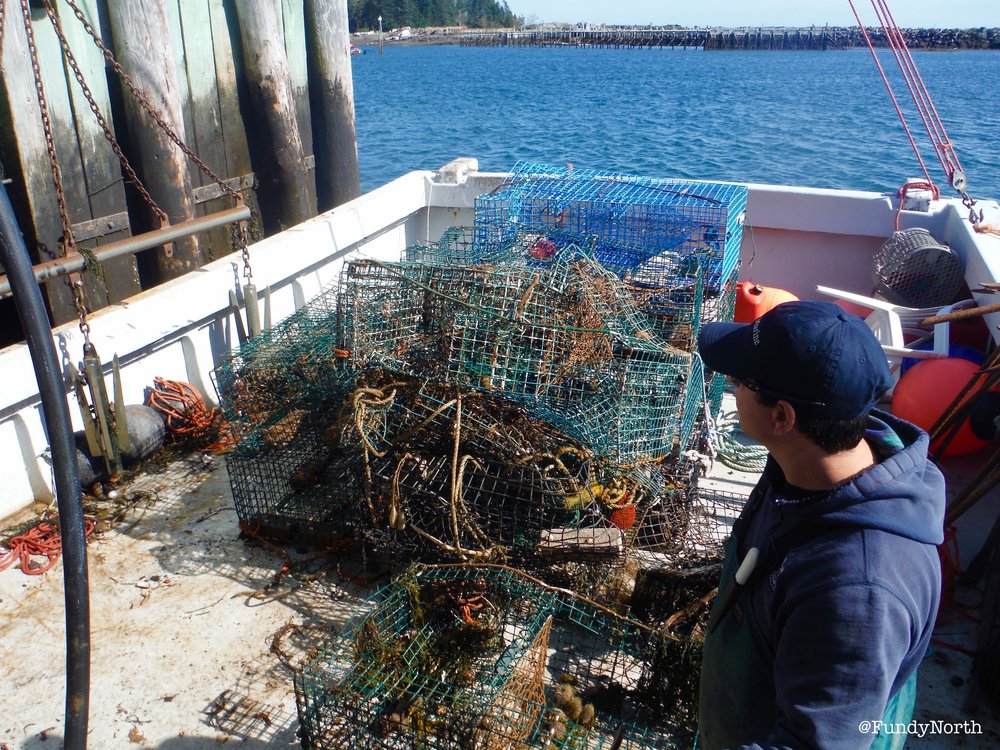 It’s estimated that 640,000 tons of ghost gear end up in the oceans each year. (Photo: Fundy North)

The Ghost Gear Fund will support 26 projects, but the DFO received three times as many applications as they were expecting.

The two-year fund will support programs across the country under four key pillars: retrieval, disposal, technology development and international leadership. Some of the funded projects also address species at risk in areas of concern, such as the Gulf of St. Lawrence.

Some of the projects funded as part of the technology development pillar of the Ghost Gear Fund are looking at methods of tracing gear back to its owner — something the World Wildlife Fund (WWF) has been calling for for years. WWF wants those who have intentionally dumped nets to be fined, and have advocated for refundable deposits on nets so there’s more incentive to return them at the end of their life.

Abandoned nets entangle sea turtles, dolphins, sharks and more — and a single net can trap hundreds of animals. An entangled animal cannot surface for air or move freely in pursuit of prey and may suffer other life-threatening injuries.

“A year after a gill net is lost it still catches nearly a fifth as many fish as an actively managed net,” says WWF on their website. 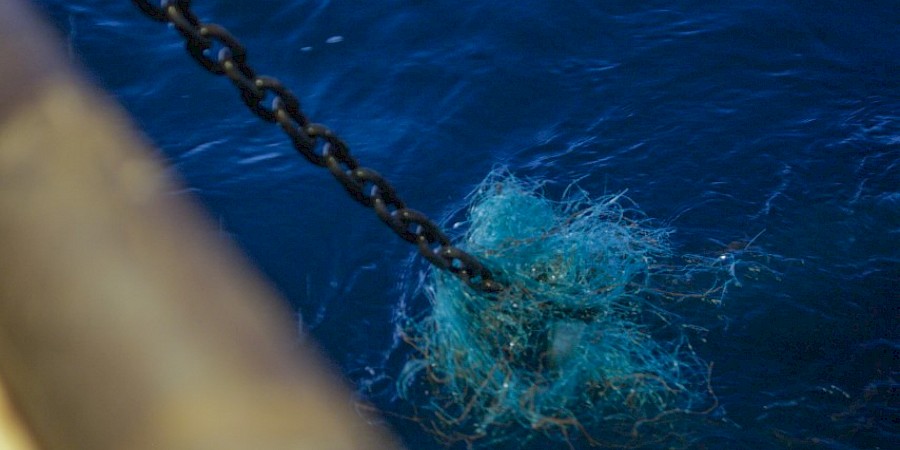 Coming across ghost gear while fishing can cause damage to active equipment. (Photo: WWF)

Ghost gear also causes harm to coral reefs by exposing the reef to disease or breaking it apart, as well as by blocking sunlight.

A 2019 report from World Animal Protection found that more than 136,000 whales, dolphins, seals and turtles are caught in ghost gear every year. They also attribute up to 30 per cent of the decline in some fish stocks to abandoned gear.

From fishing nets to plastic lumber

In addition to the full Ghost Gear Fund being administered this summer, in June the DFO and the Canadian Coast Guard gave four small Canadian businesses $2 million in grant money to minimize plastic pollution by recycling fishing equipment into useful biodegradable products.

One of the companies that received funding is Goodwood Plastics, a Nova Scotia manufacturer that makes lumber out of 100 per cent recycled plastic. The $475,000 they received from the fund will assist in developing the technology needed to make plastic lumber and precast plastic products out of discarded fishing nets and ropes.

“We applied for the funding because we believed we could provide a viable solution for end of life net and rope fishing gear,” says owner Mike Chassie.

The first step in Goodwood Plastics’ process is to separate what Chassie calls the “undesirable material” from the fishing gear: sand, styrofoam buoys or pieces of metal.

“Then we shred the rope into small fibers, add the fibers to our plastic mix and then extrude them into boards.”

According to Chassie, the funding represents about 25 per cent of the resources required to bring the recycling technology to commercial scale.

Global solutions to a global problem

Although it’s just beginning to enter the public consciousness, ghost gear has been a problem in the oceans for decades — and it’s not unique to Canada’s oceans.

That’s why the Global Ghost Gear Initiative (GGGI) was formed in 2015. The cross-sector alliance aims to improve the health of marine ecosystems and protect marine animals from harm, as well as protect human health and livelihoods.

“There has been ghost gear for as long as there has been commercial fishing,” says GGGI acting deputy director Joel Baziuk. “All our stakeholders are super supportive.” 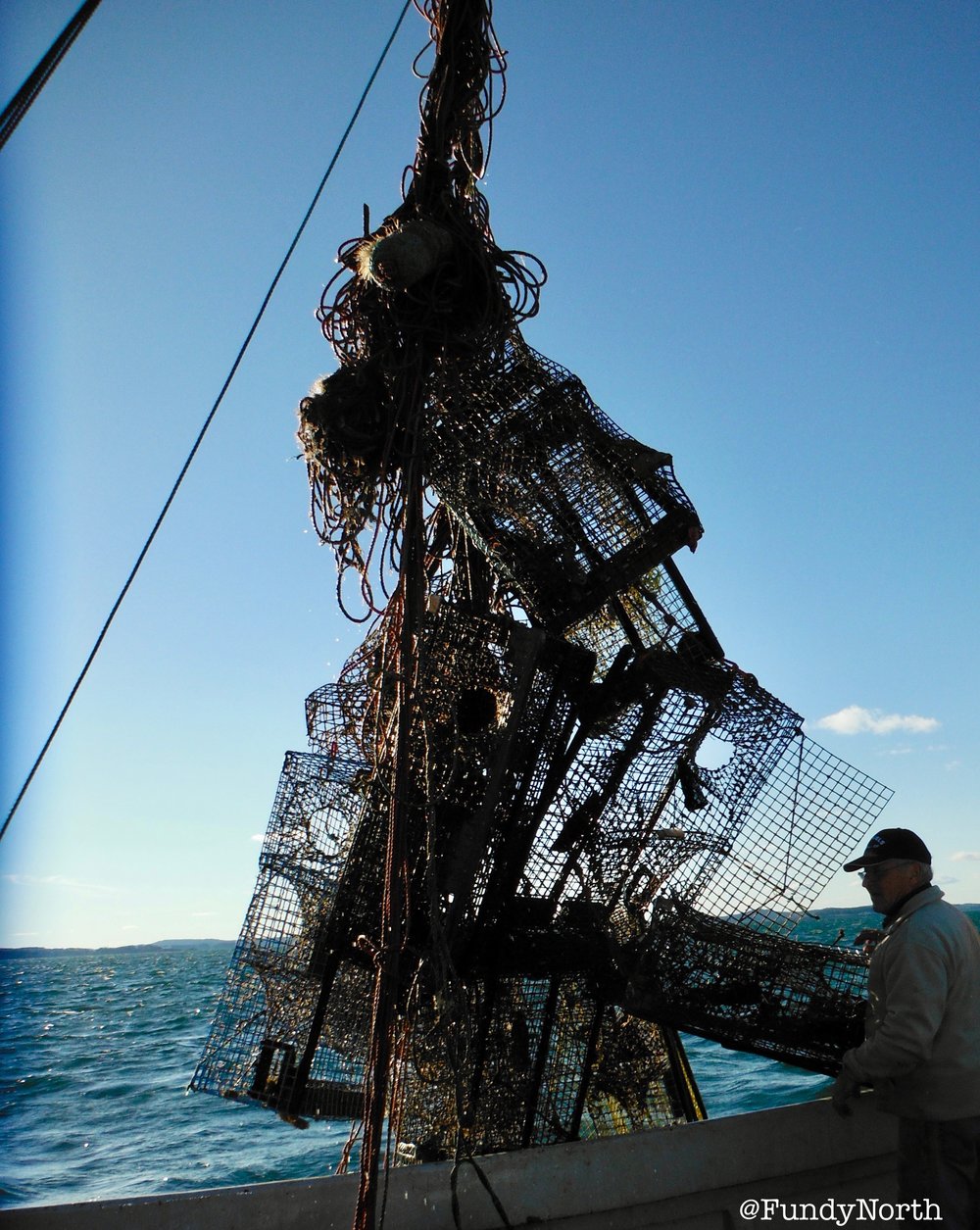 Fifteen countries have signed on as partners of the Global Ghost Gear Initiative. (Photo: Fundy North)

Members of the GGGI include major food producers like Nestle, Clover Leaf and Bumble Bee Seafoods, as well as NGOs like the Ocean Recovery Alliance and the WWF. Fifteen governments have also signed on as partners, including Canada’s.

Recent projects across the globe include a removal effort in the Myeik Archipelago off Myanmar, a gear marking initiative in the South Pacific, and net recycling movements in British Columbia.

“GGGI’s strength lies in its diversity of partners and projects,” says Baziuk. “What works in one place to solve the problem might not work somewhere else. Trying everything gives us hope at cleaning up the oceans before it’s too late.”