We need the wild — and it needs us | Canadian Geographic

We need the wild — and it needs us

The author, conservationist and nature-deficit expert Richard Louv on the importance of connecting with the natural world
By Alexandra Pope
March 2, 2020

Richard Louv wants you to close this article and go outside. Right now. If you have any, take your kids. When the term “nature-deficit disorder” first appeared in his 2005 book Last Child in the Woods: Saving Our Children from Nature-Deficit Disorder, the concept began stirring up an international movement to connect children, families and whole communities with the natural world — a critical ingredient in healthy human development and for our emotional and psychological well-being. Since then, he’s co-founded the international Children & Nature Network and penned more influential books, the most recent being Our Wild Calling: How Connecting with Animals Can Transform Our Lives — and Save Theirs. Here, he discusses this work and what’s changed since Last Child.

On why it was time to write Our Wild Calling

In the introduction to the book, I describe an encounter with a black fox on a trail on Kodiak Island in Alaska. For me, those moments have an unexpected transformational quality — time seems to stop. I recall similar moments with other animals — deeply meaningful relationships with a dog and other animals. And in pursuit of the mysterious power of such experiences, I have asked friends, colleagues, and strangers of different ages and cultures and professions — including scientists, psychologists, theologians, trackers, teachers, physicians, traditional healers and one polar explorer — to share their stories. I was curious about the impact of these experiences on the storytellers and their psychological, physical and spiritual health, including their relationships with members of their own human families.

I should add that this book extends my prior books on the human relationship with nature. In Last Child in the Woods, I introduced the concept of “nature-deficit disorder.” That is not a medical diagnosis, but a way of introducing a conversation about the unprecedented disconnection between human beings and the natural world, and what that disconnect means for the future of our children, ourselves and the planet. But the majority of the research focuses on green environments, because surprisingly little research has been done on the therapeutic impact of wild animals on human health and well-being, and I hope this book stimulates more appreciation of how wild animals shape us and how we shape them. This is particularly important as people and wild animals live in increasingly close proximity, including in our cities.

On how childhood today differs from his own experience

I grew up in Missouri and Kansas and spent many, many hours in the woods at the edge of our housing development, with my dog. I built tree houses and dug underground forts and collected snakes and turtles.

Technology now dominates almost every aspect of our lives. In and of itself, technology is not the enemy, but the lack of balance in our schools and lives, I believe, can be lethal. In addition, much of society (including too many members of the education establishment) no longer sees independent, imaginary play in natural settings as “enrichment.”

I’m hopeful that the culture is beginning to move in a different direction, though. We’re seeing new appreciation for these issues among parents, educators, pediatricians, mayors and others. And we’re seeing some strong countertrends — such as the growth of nature-oriented schools.

On what’s changed since Last Child was published

The barriers between people and nature remain challenging. But we’re seeing some change. In the U.S., we're beginning to see progress among state legislatures, schools and businesses, civic organizations and government agencies. Family nature clubs are proliferating.

Regional campaigns are bringing people from across political, religious and economic divides to connect children to nature as well. In September 2012, the World Congress of the International Union for the Conservation of Nature (IUCN) passed a resolution titled “The Child’s Right to Connect with Nature and to a Healthy Environment.” This connection is, indeed, a human right, and the acknowledgement of that is progress. We now need to move more quickly into a mode of greater action, which goes beyond awareness, both at the family and the community level. 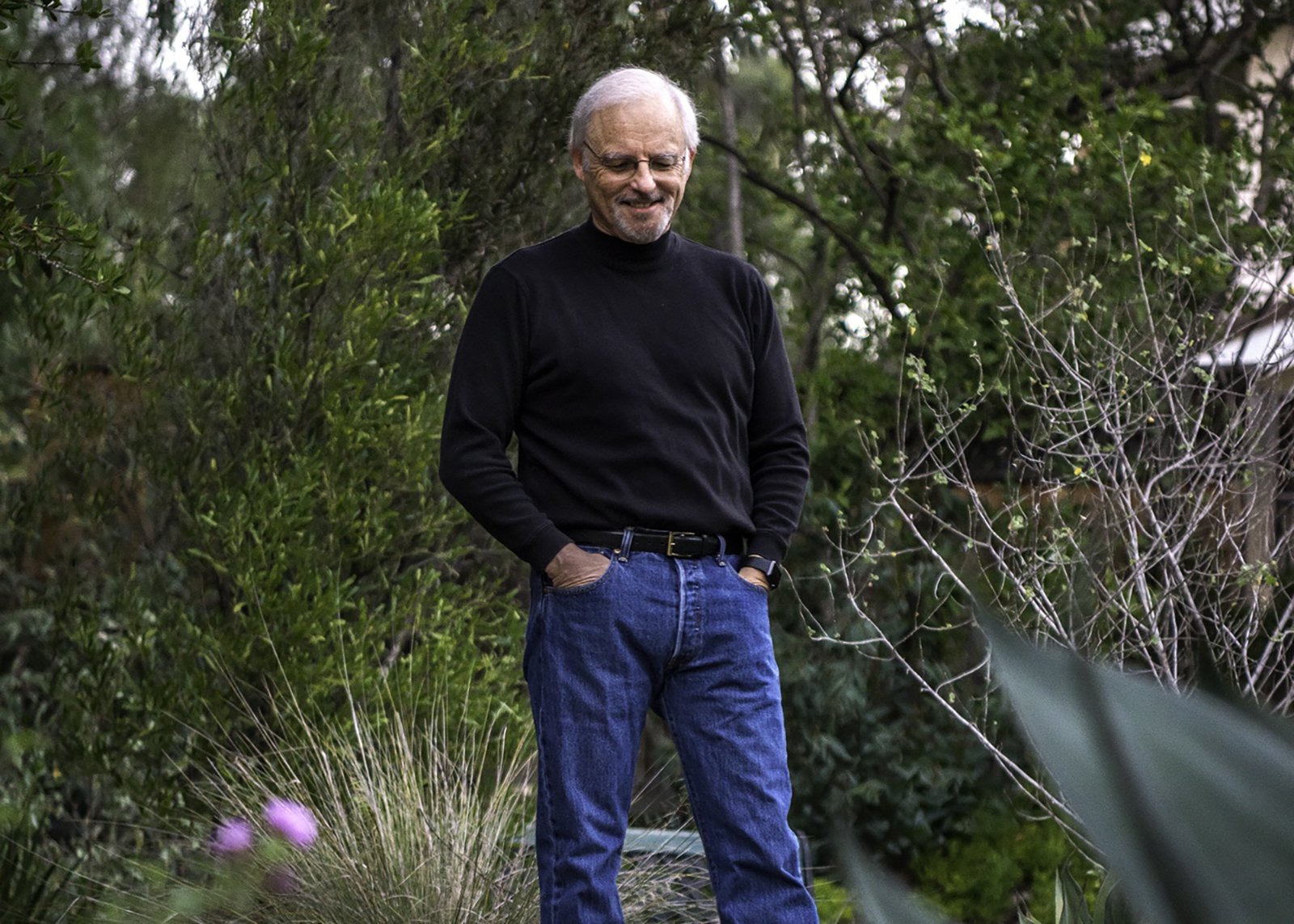 Richard Louv, author of the new Our Wild Calling and creator of the “nature-deficit disorder” concept. (Photo: John Johns)

On what individuals are doing to reestablish a connection with nature

A fascinating phenomenon seems to be occurring in some of the world’s largest cities. I’ve spent time in both China and Brazil helping launch national and regional campaigns there to connect families to nature. In both countries, cities grew huge almost overnight as people moved into them from rural areas. Nature became associated, in people’s minds, with the poverty of the rural areas. But now we see intense and growing interest in what may have been lost in the transition: direct experience in nature, and all the benefits that come with that. People do want that for their children, especially when they learn about the growing body of research.

Canada has built a growing movement with initiatives such as the Child and Nature Alliance. The David Suzuki Foundation has taken up the challenge of creating a “Homegrown National Park” in Toronto. The idea for this kind of park came from my friend Doug Tallamy, an entomologist and ecologist at the University of Delaware and author of Bringing Nature Home. Doug suggests that everyday gardeners are the key to reviving urban biodiversity. He argues that it is in the power of individual gardeners to make a difference to the future of the planet, to help reverse the biodiversity collapse.

This is indeed progress, and I’m optimistic that it will continue to expand as educators and parents learn more about the relationship between nature experience and healthy child development.

On how cities of the future could connect people with nature

Every region is different. So if we’re going to imagine a future, why not imagine a movement — what I call a New Nature Movement — that includes but goes beyond traditional environmentalism and sustainability, a movement that can touch every part of society?

A first step might be to convene politicians, policy-makers, partners and volunteers, as well as educators, landscape architects, urban designers and architects, physicians and other professionals to plan the best approaches to re-nature the city or community. There could be discussion of the scientific evidence in support of contact with nature, so that discussion can help people recognize that a healthier habitat increases the human-nature social capital for everyone’s benefit. These professionals can write a health prescription for a city that will evolve into a rebuilding plan that makes practical sense. They might consider how to rebuild local food webs, how to establish an urban forest to help clean the air and provide shade, or how to encourage urban wildlife. They can talk about how to naturalize bicycle and pedestrian paths, how to offer cleaner public transport, how to develop policies to encourage the design of green roofs, green walls and green schoolyards. Cities can become engines of biodiversity.

On building empathy for all animals, even reptiles and arthropods

The more time we spend in nature, the more we develop relationships and empathy with different animals, and sometimes those connections are unexpected and life-changing. One of the people I interviewed for Our Wild Calling talked about how her encounters with ants, at their level, transported her into another world, their world, and like Gulliver’s encounter with the Lilliputians, her normal sense of scale faded. And many other stories illuminate not only the altered states, but also the bursts of spiritual growth that can accompany these experiences. Among the stories, an encounter between an oceanographer and an octopus; schoolchildren with box turtles; a mother and child who learned to talk with birds, or at least to understand the meaning of their calls.

Both domestic and wild animals can have a profound impact on us. They help us every day, even when we are not aware or do not acknowledge that help; they expand our senses, teach us empathy, communicate with us in ways that science is only beginning to understand. I hasten to add that this isn’t only about us or our kids. Recognizing how we share our habitat — not only the physical world, but in what I call the habitat of the heart — is about the future children of all species.