The water you eat

A massive amount of ‘virtual water’ is moving around regions and crossing borders in our food and other products
By Nick Walker
January 18, 2019

Climate change, population growth and big industry. When you think about how these and other forces are reshaping the water needs of nations around the globe, you probably don’t picture a hamburger to help make sense of the issue. You’re more likely, perhaps, to imagine a future in which Canada and other water-wealthy countries supply water-scarce regions with fresh water by pipeline and tanker. After all, Canada has nearly seven per cent of the world’s renewable fresh water and less than half of one per cent of the world’s population — more renewable water per person than any other country.

But the hamburger here represents a different kind of mass water consumption already underway: the billions of cubic metres of water being taken out of numerous watersheds, poured into agricultural and industrial processes and products that are then moved around Canada or shipped off to other parts of the world. This is the far-ranging fate of “virtual water,” which refers to every drop consumed or polluted during growing, raising or manu­facturing — be it a beef cow, a head of lettuce, a scoop of wheat or the fuel that powers transport vehicles.

There is no legislation to track or limit this kind of water consumption and displacement on mass industrial scales, and little is known about how much virtual water is being moved between water-scarce and water-rich regions of Canada, but the best export estimates are that more than 95 billion cubic metres (Bm3) of virtual water — most of it tied up in grain, livestock and fuels — leaves Canada each year (roughly 60 per cent of it going to the United States), while a little more than 35 Bm3 is imported in other products. That works out to an annual net loss of about 60 Bm3, or as the environmental non-profit The Council of Canadians frames it in their report Leaky Exports: A portrait of the virtual water trade in Canada, enough water to fill Toronto’s Rogers Centre stadium to the top 37,500 times. 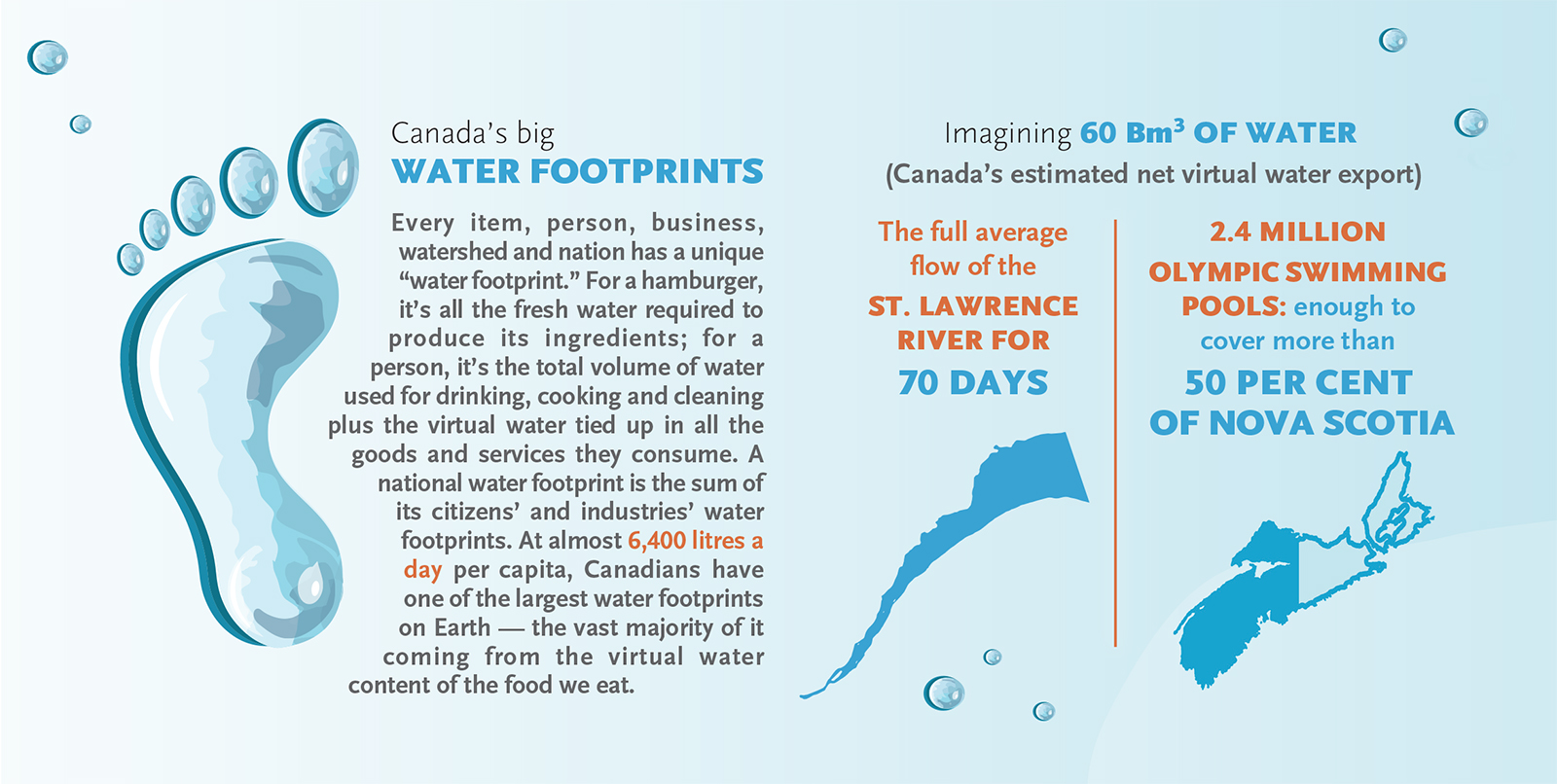 Only Australia loses more water in this way. And although Leaky Exports was published back in 2011, no study of Canada’s virtual water footprint has been commissioned by a federal government to date. “We lack a comprehensive understanding of how our freshwater resources are being used and how that impacts different regions of our own country,” says Tom Gleeson, a hydrogeologist with the University of Victoria. This is about knowing how much virtual water we can afford to export, he says, whether to the United States, China or Jordan, but also about how we should be distributing water-intensive production between Canada’s regions.

Read on for more about the national virtual water picture, and to find out how a single item — in this case a cheeseburger — can have a big water impact. An important part of Canada’s water future involves everyone, from various levels of government to individuals, putting a value on this kind of water consumption. It may be “virtual,” but it’s no less real than the water in your tap. 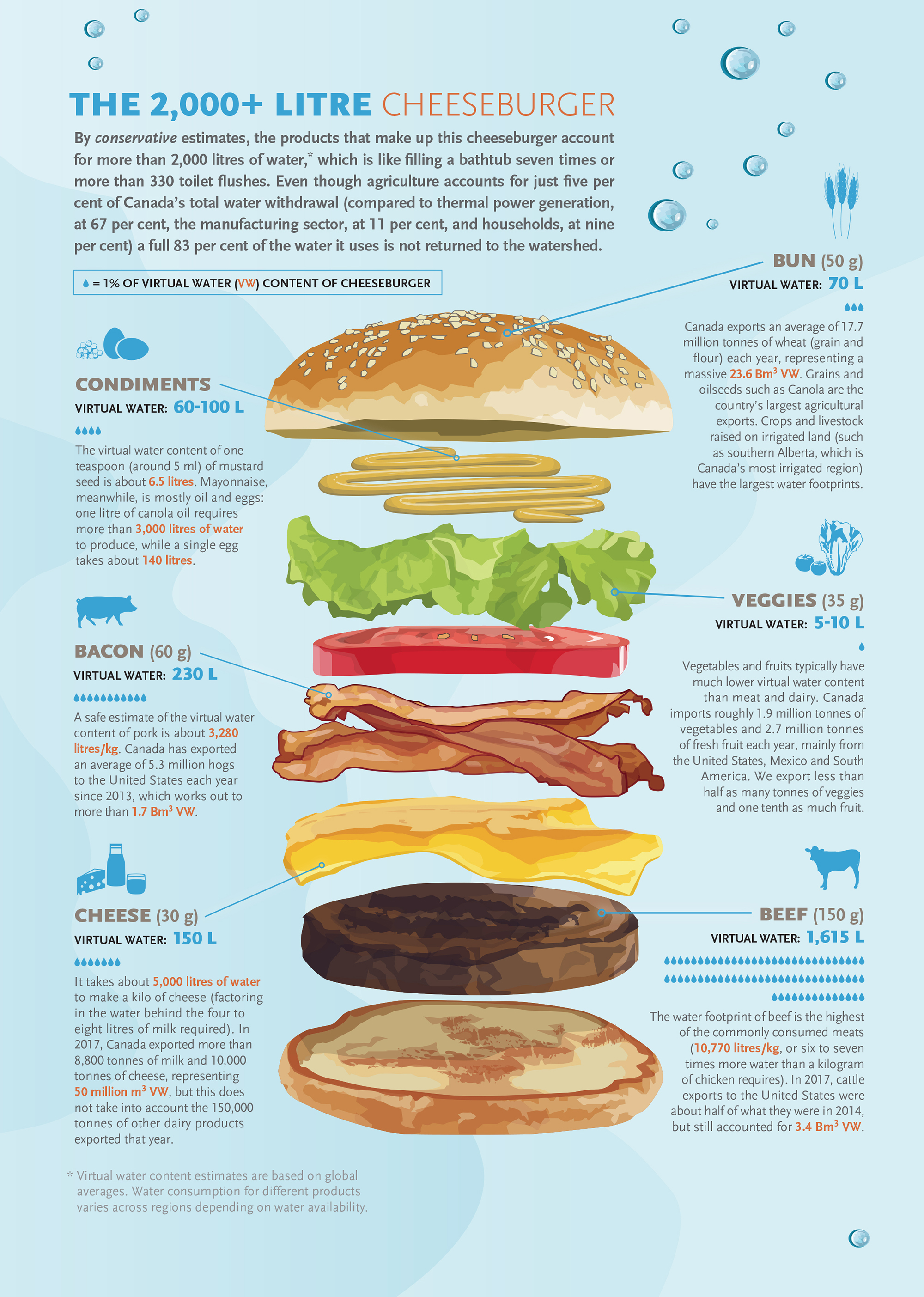