War on the water: Charting Canada’s critical role in the passage of ships during the Second World War

Canada’s part in the Battle of the Atlantic, shown here is considered its most essential role in the war
By Nick Walker
July 9, 2020

As convoys of Allied ships set out from Nova Scotia and Newfoundland toward Europe through the Second World War, thousands of kilometres of ocean and German U-boats lay between them. Royal Canadian Navy warships escorted the Merchant Marine and other carriers of troops, munitions, fuel and military and civilian supplies during the Battle of the Atlantic. This multi-nation struggle over Atlantic shipping lanes began hours after Britain declared war on Germany on Sept. 3, 1939: a German U-boat sank the British ocean liner SS Athenia that day, and the war did not cease until 1945, more than 8,500 destroyed vessels and 70,000 Allied casualties later.

By June 1944, the Allies had largely gained control of their shipping lanes, and although German U-boats continued to sink ships until the war’s end, their efficacy was reduced. The Canadian Navy had evolved by then into the world’s top submarine-hunting navy, a status it retained for decades. Its last submarine “kill” of the Second World War came 75 years ago on March 21, 1945, when the frigate New Glasgow rammed a U-boat off the coast of Ireland. VE Day, for Victory in Europe, came on May 8, 1945, while the formal surrender of Japan and the end of the entire conflict came on Sept. 2. 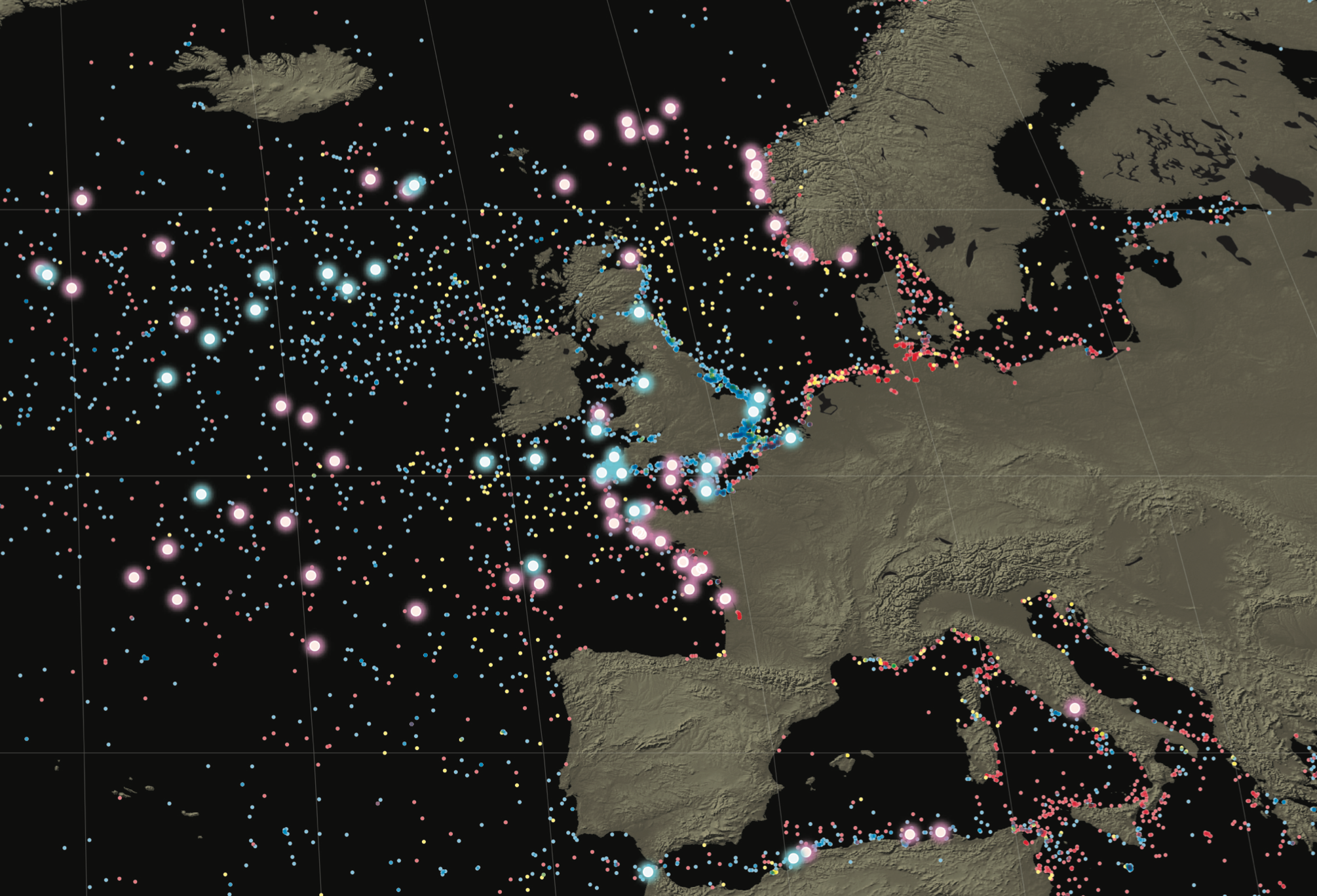 The Battle of the Atlantic was the longest continuous battle of the Second World War and one in which Canada played a central role. (Map: Chris Brackley)

Canada’s part in the Battle of the Atlantic (highlighted on this map) is considered its most essential role in the war. Compared with the naval losses and kills racked up by Britain and Germany, Canada’s statistics sound modest: 43 Axis vessels destroyed, including more than 30 U-boats and a few Italian submarines; 77 Canadian Navy and Merchant Marine ships lost in turn; and more than 3,600 Canadians killed. But without Canadian escorts and expertise, many of the 25,343 ship transits from North America completed between 1939 and 1945 — accounting for nearly 165 million tonnes of vital supplies — would not have succeeded, and the war could have been lost.

The data used to create the map here was collected by Paul Heersink. Explore an interactive version of a map he created.

Canadian Geographic commemorates 2020 is a series of articles, funded by the Government of Canada, celebrating milestone anniversaries of significance to the country's history. See more stories in the series.