Since 1966, the number of Sprague’s pipits in the wild has declined by almost 80 per cent
By Angelica Haggert
February 27, 2020

Despite poor weather in the early days of a February 2019 Roberta Bondar Foundation expedition, a vulnerable Sprague’s pipit was spotted in Attwater Prairie Chicken National Wildlife Refuge, Texas. The bird hadn’t been seen all winter in the region.

“We caught a glimpse of a solitary brown bird with white outer tail feathers … flying into the grasses near the front of our slowly moving vehicle,” a trip briefing from the Roberta Bondar Foundation reports. “We felt that it might be [a Sprague’s pipit], given the size, markings, leg colour, eye and behaviour. We became quite excited that we had really found one.”

The Friends of Attwater Prairie Chicken later confirmed the bird photographed by the foundation was in fact a Sprague’s pipit. 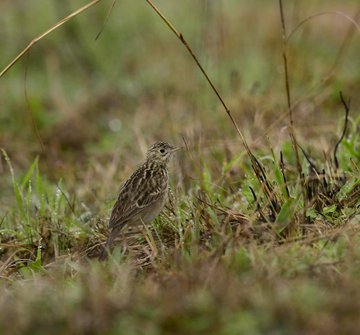 Roberta Bondar spotted a flash of stripes in the grass ahead of the expedition's vehicle. It turned out to be a vulnerable Sprague's pipit. (Photo: Roberta Bondar)

Since 1966, the number of Sprague’s pipits in the wild has declined by almost 80 per cent. If current rates of decline continue, it is estimated that another 50 per cent of their population will be decimated by 2043.

It wasn’t just the Sprague’s pipit the foundation was tracking down. The expedition, which ran from Feb. 10-17, 2019, aimed to contribute to the understanding and protection of the whooping crane, an endangered wetlands species.

After spotting the Sprague’s pipit, trips by both boat and helicopter were undertaken near Aransas, Texas to look for whooping cranes and analyze their migration patterns. Photographs were taken of multiple birds, including a few exhibiting territorial behaviour.

In August 2018, the Roberta Bondar Foundation conducted a similar expedition in the Northwest Territories. 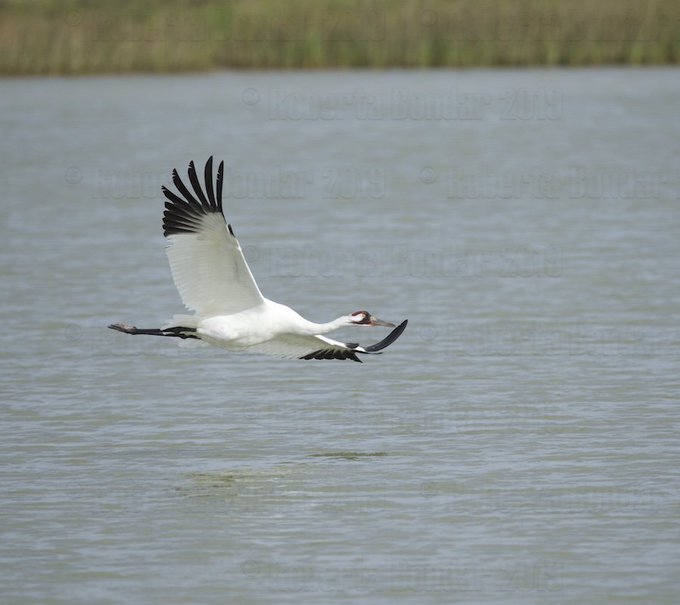 The expeditions were part of AMASS (Avian Migration Aerial Surface Space), which aims to educate the public on the importance of sustaining natural habitats by combining three different points of view that examine migratory pathways: surface, aerial and from space. The team was looking to raise awareness of the dangers that migratory birds such as the Sprague’s pipit and whooping crane face on their long journeys.