In highly populated areas where wildlife habitat is fragmented, citizens can play an important role in protecting species
By James Paterson
May 6, 2020

One day in the summer of 2019, our research team received a call from a concerned person telling us a rare eastern hog-nosed snake was injured in a yard. As we rushed to find the snake, I reflected on the hundreds of hours I’ve spent studying snakes in southern Ontario without finding a live eastern hog-nosed snake. Named after the flattened scales on their nose that they use to dig out sand in search of toads, they’re super secretive and their numbers are declining.

The snake we attended to that day, affectionately named Frank by our team, had been hit by car. Luckily, he was mostly okay. After he received some stitches and a health check from our veterinarian, we released Frank where he had been found. Without that phone call, I never would have met Frank and known that eastern hog-nosed snakes are still hanging on in southern Ontario.

What is community science?

Crowd-sourcing sightings of wildlife from community members is a powerful way to engage society in science and conservation while connecting scientists with important data. My research uses community science (often called citizen science) to understand how habitat changes, such as roads, farming, and forestry, affect reptiles and amphibians in Canada. Doing population surveys across regions that are tens of thousands of square kilometres in size is just not feasible for individual scientists. Plus, reptiles and amphibians can be as hard to find as needles in haystacks. Since everyone now carries a camera and GPS unit in their pocket (their smartphone), this gives community members the power to contribute to large science projects to track where species live and where they have declined.

Big threats to reptiles and amphibians

Most species of reptiles and amphibians in Canada, like Frank the eastern hog-nosed snake, live in the southern part of the country, which is where most people live as well. This means reptiles and humans often compete for space as forests are cleared for housing developments and wetlands are drained for agriculture. Since colonial settlement, southern Ontario has lost more than 70 per cent of its wetlands and most of its forests. The remaining wild places are small, isolated, and scientists often don’t know what species remain there. To add to these challenges, most of the remaining patches are privately owned, making it more difficult to search for species. 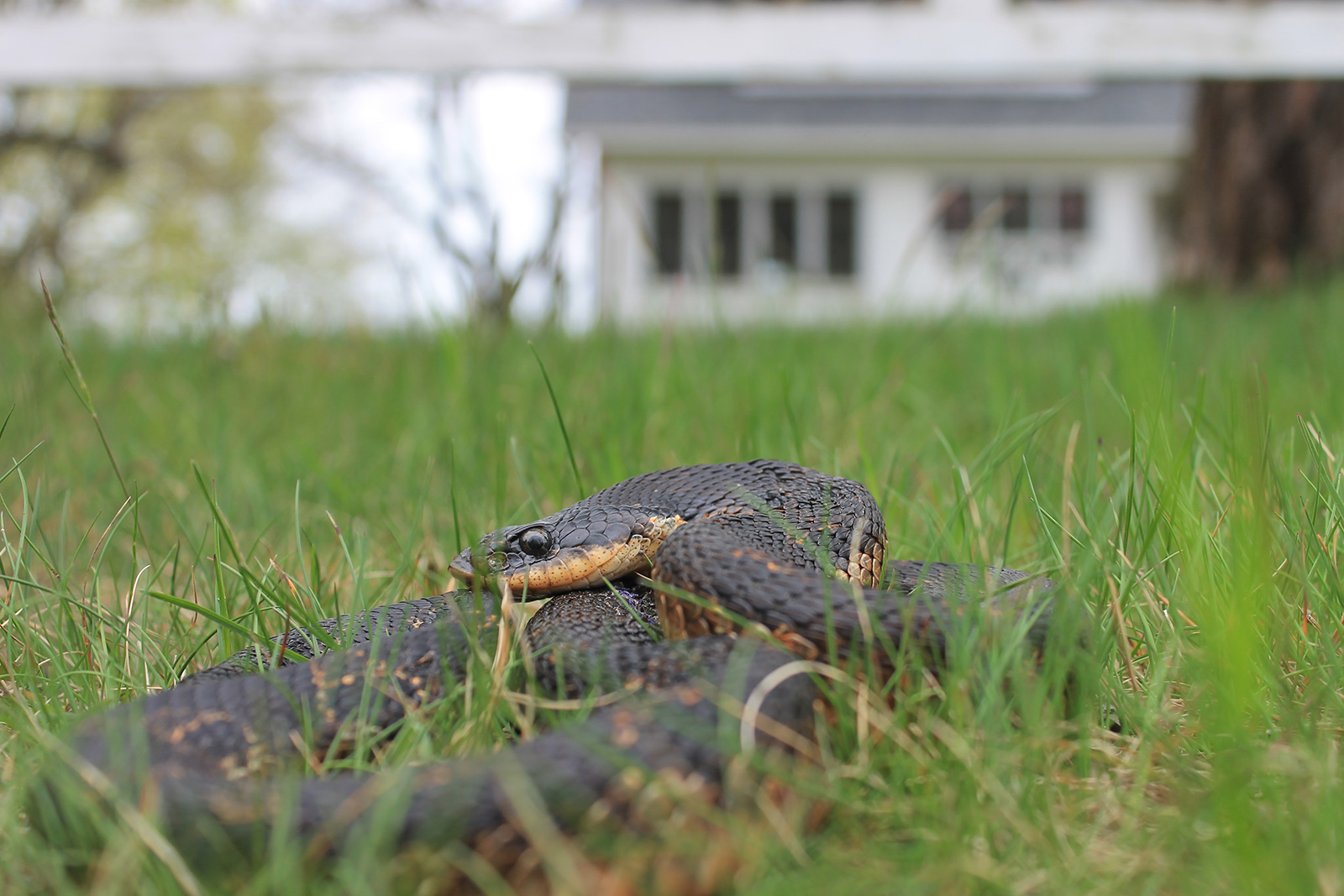 On top of habitat loss, reptiles are also threatened by traffic on roads. For example, freshwater turtles leave the water in May and June in search of nesting sites; they often cross roads in search of suitable places to lay their eggs. Slow-moving turtles and fast cars are a bad combination and is one of the reasons most turtle species in Canada are considered at risk.

Some places in southern Ontario have taken important steps to reduce the number of reptiles and amphibians killed on roads. In Windsor-Essex, an eco-passage for snakes (and other wildlife) crosses over the Rt. Hon. Herb Gray Parkway with native prairie. In Burlington, King’s Road is seasonally closed to allow endangered Jefferson salamanders to migrate to and from breeding ponds every spring. However, most roads have no mitigation to reduce roadkill. Identifying where species are most threatened by vehicle strikes will help direct action to build structures to lower mortality, such as fencing and crossing structures.

Frank the eastern hog-nosed snake was saved by community scientists who cared. Engaging community members in science helps foster appreciation for nature and helps connect scientists with important data. You can contribute to community science, too, for example by learning more about the Ontario Reptile and Amphibian Atlas project. Data collection for that project is winding down, but you can join more than 900,000 community scientists around the world and submit observations of any species using the free iNaturalist app to contribute to our understanding of the natural world. Just snap a photo, note the location, and upload your observation. With your help, we can learn about biodiversity and identify special places for conservation.

James Paterson is a Liber Ero Fellow in the Environmental and Life Sciences Program at Trent University in Peterborough. His research is on reptile and amphibian conservation ecology. The Liber Ero Fellowship Program supports early-career scientists working to improve the conservation of Canada’s wild places and natural resources. Follow them on Twitter.