Treaties 1 and 2: reflecting on the 150th anniversary

This year marks a century and a half since the first numbered treaties were signed
By Sheila North
August 3, 2021

One of the most startling views from anywhere in southern Manitoba is from an open field at sunrise or sunset. Standing under the vastness of the sky on a cloudless day can make you feel small and even take your breath away. The scenic river basins and fertile lands have made the region an alluring place to live for thousands of years.

This land is where Canada started to take shape as the country it is today. This land is where treaties 1 and 2 were signed in August 1871 between the British Crown and some of the original people from these lands — Treaty 1 was with the Anishinabek and Swampy Cree of southern Manitoba, while Treaty 2 was with the Anishinabek of southern Manitoba. These were the first of 11 numbered treaties signed that expanded Canada — with promises made to the original people of the area in exchange for large tracts of land.

Negotiations over Treaty 1 started in July 1871, with about 1,000 First Nations attendees. “How are we to be treated?” wondered Chief Mis-Koo-Kinew (also known as Henry Prince) of what is now Peguis First Nation. “The land cannot speak for itself. We have to speak for it; and we want to know fully how you are going to treat our children.”

The treaties laid out where lands reserved for settlers and original peoples would be. Promises were made for schools to be built for each community, for a modest annuity of between $3 and $5 for each “Indian” and for items such as twine, ploughs, boars and oxen for some elected Chiefs, headmen and councillors. The treaty documents also describe how the Indians agreed to “release, surrender and yield up to Her Majesty the Queen, and Her successors forever” the land reserved for settlers, to not have “intoxicating alcohol” on reserve lands and to “maintain perpetual peace between themselves and Her Majesty’s white subjects, and not to interfere with the property or in any way molest the persons of Her Majesty’s white or other subjects.” 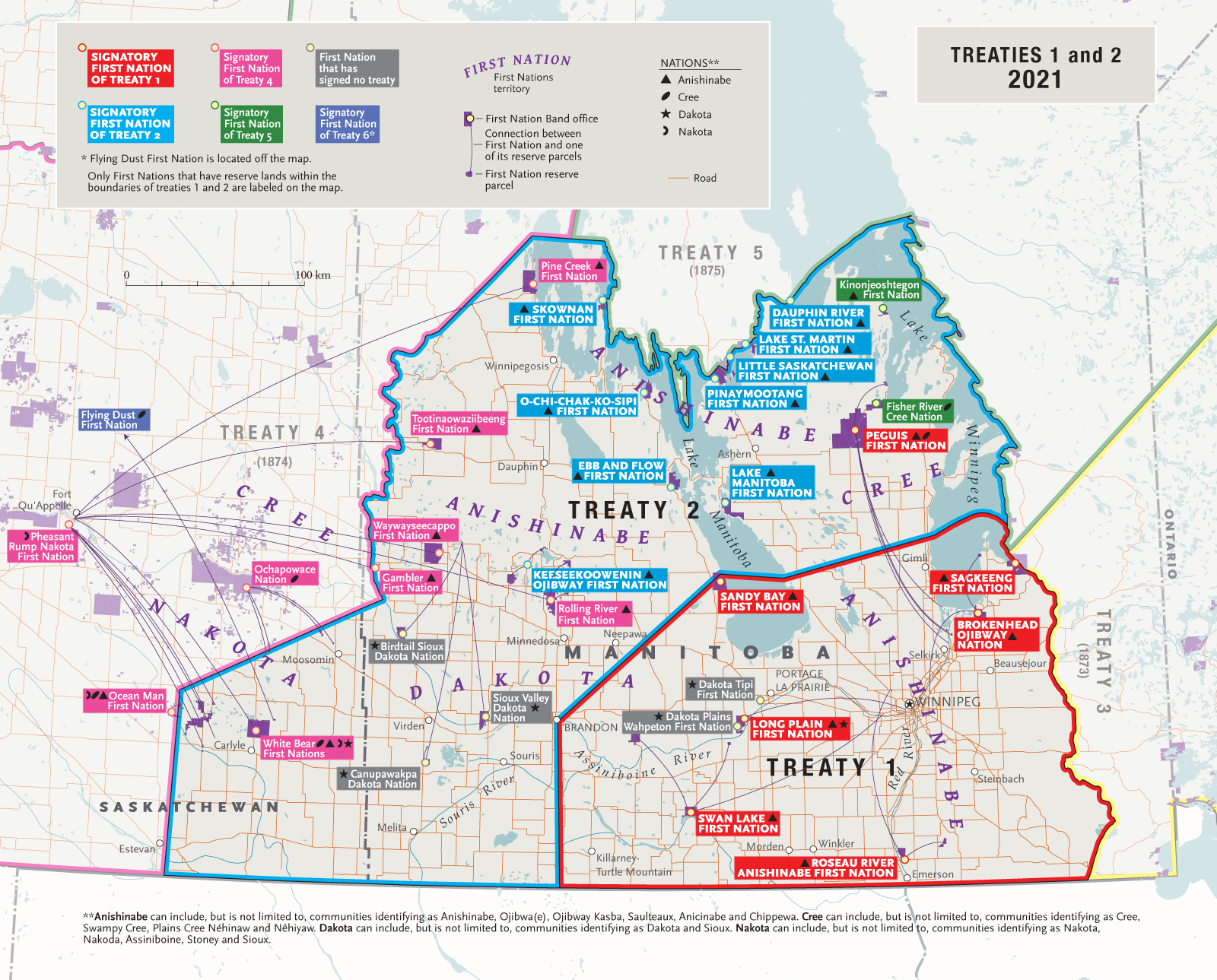 If you read only the federal government documents on treaties, you might get the sense that Indians were to be feared and needed to be controlled, that it was because of the good graces and charity of the British Crown and settlers that First Nations would be allowed to keep existing on the lands reserved for them. However, when you talk to Elders and other knowledge keepers about that time, you learn that when the then Chiefs signed the documents, they had a different understanding of the treaties. They considered the process sacred — that the agreements were made between three parties: the Creator, settlers and themselves. You would also understand that ceding land was not a concept that the original people held, because they felt — and continue to feel — the land ultimately belongs to the Creator, they were of the land, and therefore they couldn’t possibly give it away.

If you know First Nations peoples and the views they have about family, you would see that the concept of sharing, caring and protecting people — and the territory — was and is extremely important to them. By signing the treaty, they were helping the settlers who may not have survived the elements without them.

To this day, opinions vary on how treaty agreements were reached and how they can be interpreted or implemented. The difference in the benefits of the agreements for each side of signatories is as vast and wide as the prairie sky.