How a Université Laval scientist, DFO researchers and locals in Cambridge Bay, Nunavut, are working together to keep these staple fish populations healthy
By John Bennett
September 27, 2017

Jean-Sébastien Moore knows first-hand that building relationships with Inuit communities can be key to successful research in the Arctic.

The biologist from Quebec City’s Université Laval collaborates with a Fisheries and Oceans Canada research team and Cambridge Bay locals to track the behaviour of migrating Arctic char around southeast Victoria Island, Nunavut, using acoustic transmitters and genetic data. The project, which is supported by Polar Knowledge Canada (POLAR) and its Canadian High Arctic Research Station campus, is of keen interest to the community.

People in Cambridge Bay depend on Arctic char for food and operate a small commercial fishery that’s an important part of the local economy. “Our goal,” says Moore, “is to provide information that will help keep the subsistence and commercial char fisheries healthy well into the future.”

Moore implants tiny transmitters into the char that send acoustic signals to floating receivers, telling him where the fish go and how their behaviour changes from year to year. If they’re poorly placed, these instruments won’t receive signals, but, he explains, local experts have guided the research team to excellent locations that would otherwise never have been considered. “We’ve learned that in the ocean the char follow the coastline, stopping for a while at each estuary. That means that in the event of an environmental emergency like an oil spill from a ship, those areas need immediate protection.” 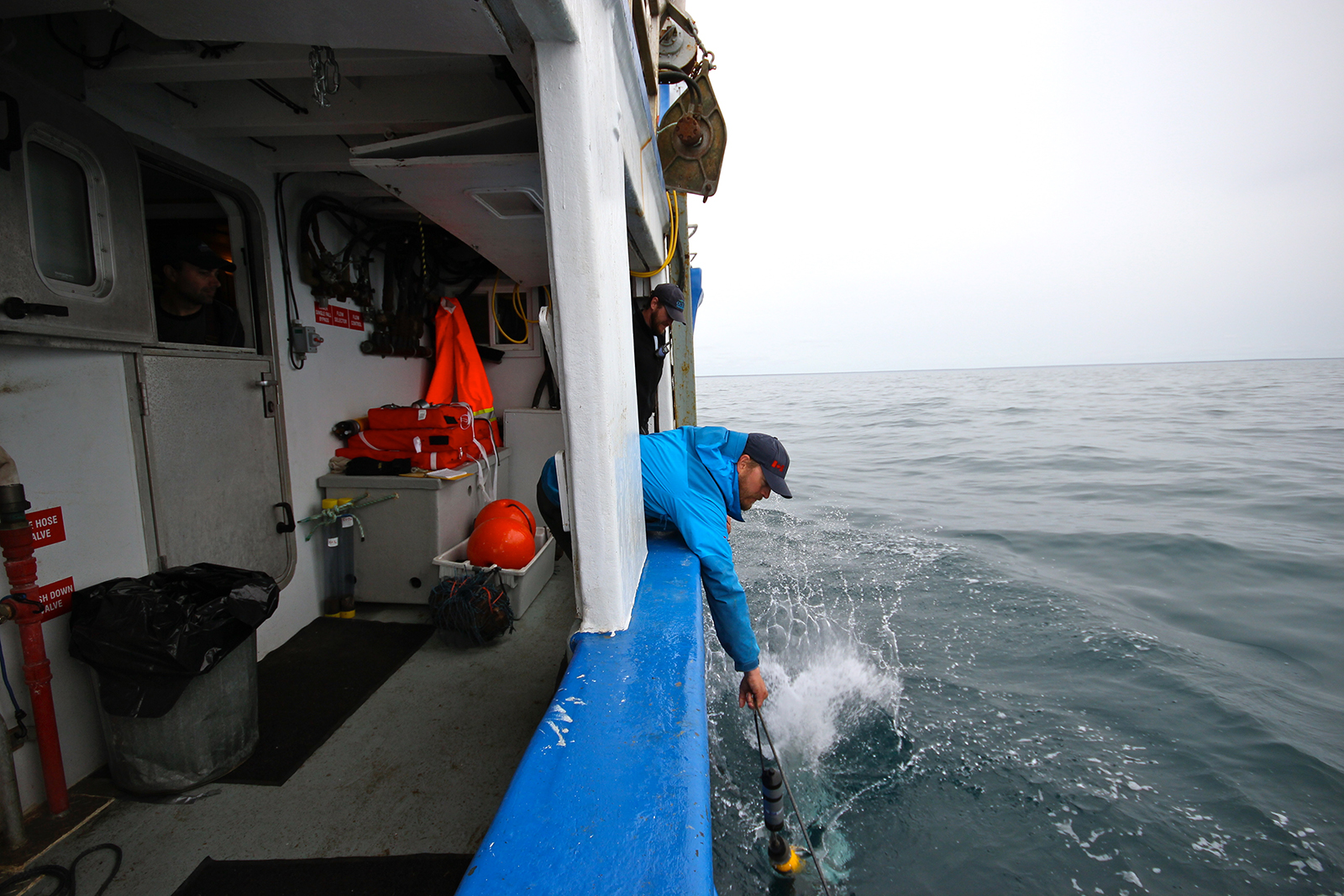 Fishery managers have long assumed that char winter along their natal rivers where they spawn every few years. But by using genomics to identify the natal rivers of individual fish, Moore and his colleagues have discovered that in years when they don’t spawn, char from a wide area swim up a short river to Ferguson Lake (Tahiryuaq) to winter, rather than up the longer rivers to their spawning grounds. Moore speculates that they do this to save energy by travelling a shorter distance when they’re not spawning.

That knowledge is important in managing the fishery: “Currently, each river receives a separate fishing quota. Now that we know the importance of that single lake to char populations from around the region, we can develop quotas that reflect how the fish actually behave.”

Cooperation with Cambridge Bay residents continues to be essential to the research, says Moore, who in 2016 had the opportunity to learn from local experts at Iqaluktuuq, a fishing site west of the hamlet that Inuit have used for centuries. There, during a knowledge exchange camp supported in part by POLAR, elders fished with and passed generations of expertise on to local young people. “Arctic char is ingrained in their lives,” says Moore. “It’s food, community, culture, home, survival and history.”