Our experts continue their discussion of the AMC series about the Franklin Expedition
By Stephen Smith and Russell Potter
April 2, 2018

Every week, Stephen Smith and Russell Potter will review the latest episode of the AMC show The Terror for Canadian Geographic. Their take on episode 3 — “The Ladder” — appears below.

It’s a gorgeous song that John Morfin gives us in episode three of The Terror, if not exactly uplifting. “Farewell, all joys,” the seaman sings to his mourning mates in Erebus’s twilit confines. “Oh death, come close mine eyes.”

Welcome aboard, and, yes, I’m afraid it has come to this.

I guess maybe I was thinking there might be some respite for the ships’ company — for us, too, along for the voyage to the Great White Nothing — after the death of Lieutenant Graham Gore in episode two. Nope: no time here for cheer or comfort, let alone self-care. We are well and truly in the nightmarish thick of things now, entirely beset — in the endless ice of Victoria Strait, by the cold, the unknown, the fear of this vicious beast that may or may not be a bear with a ferocious grudge.

Not that trying to classify the enemy, biologically or otherwise, would be anyone’s chief concern while whatever-it-may-be is very actually tearing the expedition to bloody bits and — in Sir John Franklin’s pointed case — committing those to the icy deeps below.

It’s all emergency, now. You can understand why the threat of sudden slaughter gets all the attention, but it’s just part of a grim ensemble act. Summer is split-the-skin freezing. Provisions continue to rot and fester in their cans. Aboard Terror, the caulker’s mate Cornelius Hickey seems to be in charge of making sure that discipline gets a solid start at foundering and breaking down. Even the flashbacks to pre-expedition England are fraught. “You’ll eat your shoes again,” Sir John Ross warns Franklin. “You’ll eat worse.”

The history framing the fiction tells us that Sir John won’t last long enough for that. It’s June of 1847 already, and so we know that Sir John’s time is almost up. His death is quick and gruesome. No need for me to pen him a eulogy here — he does a fine job on his own, even if his words were intended for Gore.

In Sir John’s other farewell speech, in the blind, he exhorts his Royal Marines to shoot with maximum malice at the monster that’s bedeviling them. “Educate this creature,” he commands, “as to the dominion of the Empire and the will of the Lord.”

I can’t have been the only one to have felt that it would be Sir John who’d be getting the schooling here, as he duly did. I had a wince of worry that Harry Goodsir was done for, too, and I was relieved to see him survive. At this point, I’ll take whatever mercies this Arctic is willing to grant.

A question for you, Russell: as someone who’s worked so carefully in piecing together what is so very complex an historical puzzle, does the blurring of history with fantastical fiction unsettle you at all? Is there a cost to the history when the fiction is so compelling? 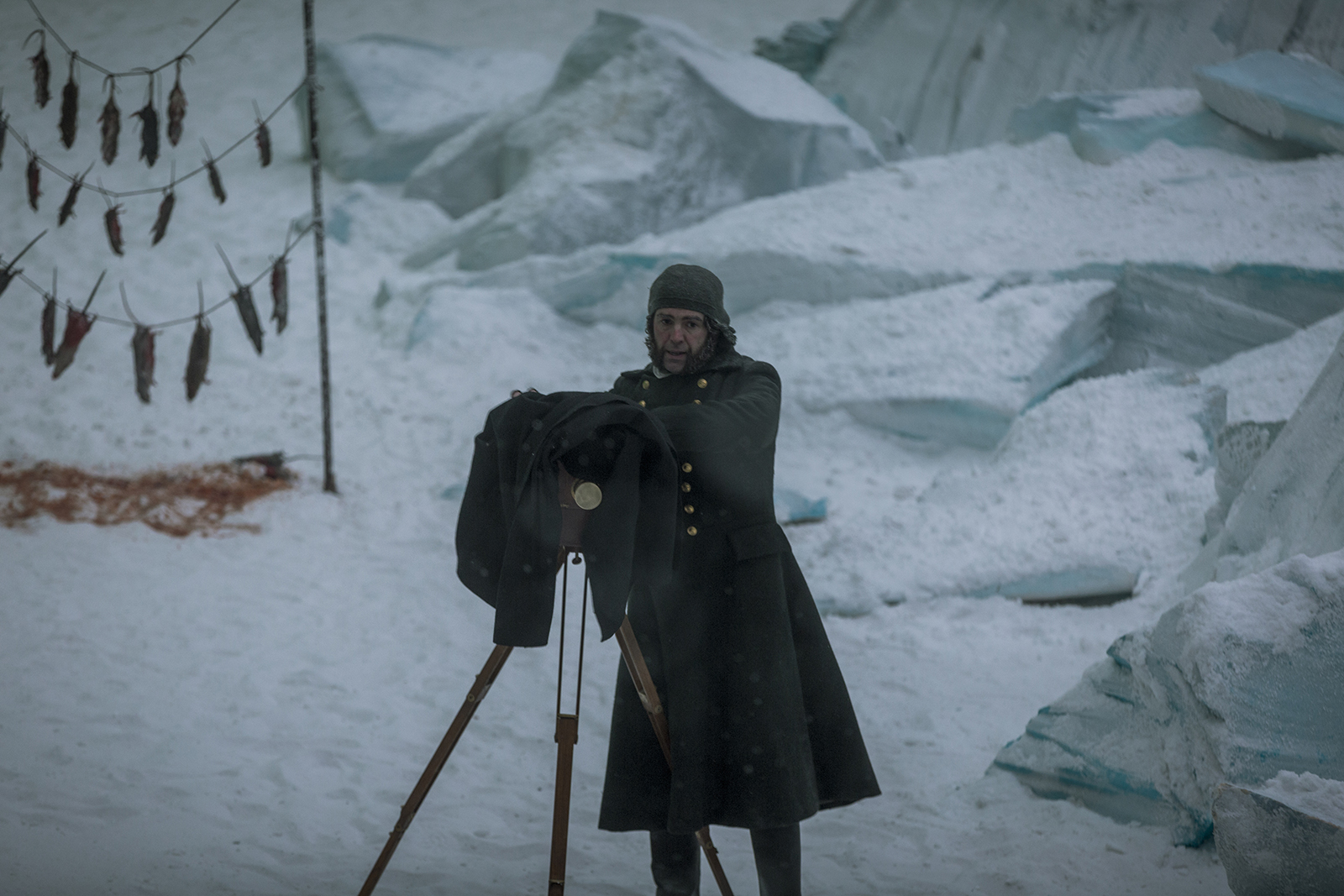 To answer your question, Stephen, I think that over the centuries, fiction has come to fill many of the same blank spaces that explorers sought in their voyages. Off the edge of maps, the edge of written records, anything really is possible — at present, we don’t know whether Franklin was dragged to his death by some supernatural monster or simply fell victim to a bad cold. In that void, everything remains possible. There have been so many Franklin fictions, in any case — more than two dozen in the past generation alone — that history’s bank account has already for some time been overdrawn.

What fascinates me here is the way in which the various bits of the historical puzzle have come back to haunt the story; it’s almost as though the process were working in reverse: what set of circumstances, physical or psychological or both, could produce such fascinating fragments?

That said, not everything was to my taste. I found myself loving the “small” moments — Goodsir with the Daguerreotype camera, the Marines with their deadpan humor, and Cornelius Hickey’s delicious deviance — more than the “large” ones. I can’t imagine the Franklin I know speaking to Crozier the way that Ciarán Hinds’s character does, but the practical resourcefulness of Jared Harris’s long-suffering second rings true all the same. And I must say that one of the least satisfying moments for me was the flashback scene with Franklin and Sir John Ross you mention. Ross never would have spoken to his friend in such a manner; on the contrary, he promised to seek after him even if no other man would, and he did so. I think the episode would have been just as strong without this spurious episode, or (at best) with some other, nameless ancient mariner in place of Ross.

Still, I don’t think historians have any special right to niggle; we too have to surrender to these characterizations and the story that drives them, and follow both where they take us. There remain many dark glints of speech and action that may very well be closer to the truth than we may know, as when Crozier, accused by Franklin of bearing a drink in one hand and an alarm in the other, declares: “We may lose all our men. That is what my alarm is ringing now, Sir John.”

I am staying tuned!

Russell and Stephen’s recap of Episode 4 of The Terror will be published April 9.

Related: The Terror recap: Episodes 1 and 2