It’s been a tough year for students, having to navigate all the obstacles brought on by COVID-19 during the school year, but that hasn’t stopped some students from going the extra step to challenge themselves. A team of brilliant young geographers is getting ready to represent Canada for the 17th International Geography Olympiad (iGeo), which is set to be held virtually August 10-16.

This year’s Team Canada includes Ryan Sharpe, from Oakville, Ont., who was the second-place winner of the 2019 Canadian Geographic Challenge. He is joined by fellow 2019 national finalists Akib Shamsuddin from Windsor, Ont., and Matthew Woodward from London, Ont. The fourth member of Team Canada is newcomer Nikita Serikov, from London, Ont. After several months of written tests and fieldwork as part of the Challenge, these four students were chosen from among more than 100 other applicants to represent Canada.

Organized by the International Geographical Union, iGeo is a geography competition for 16- to 19-year-old students, and comprises tests, fieldwork, cartography and analysis, as well as poster presentations and cultural exchanges. The Olympiad aims to engage youth in geography and environmental studies, cultivating geographical knowledge and skills while also creating connections and fostering understanding between nations.

“The International Geography Olympiad is a tremendous opportunity for some of the best and brightest geography students in Canada to test their geographic knowledge and spatial skills against those of students from around the world,” says VanZant.

In 2019, Team Canada had a strong showing, with Ben Woodward getting a gold medal and ranking third overall in the entire competition. His teammate Andrew Ding earned a silver medal and Team Canada as a whole took home gold for the best poster presentation. Several members of this year’s team have experience in geography trivia from the Can Geo Challenge and even created a dedicated online study group when they were applying for Team Canada.

“The unique demands of preparing for this year's virtual competition have been immense, but the members of Team Canada have been working incredibly hard and look forward to the challenge. My co-coach Janet Ruest and I are confident that the team will represent Canadian Geographic Education and the RCGS with distinction,” says VanZant.

Ryan is a voracious reader, with interests that range from novels to geography-themed tomes of non-fiction. His role model is the late Alex Trebek, who he admires for his passion for knowledge and his commitment to spreading the joy of learning far and wide. Ryan is interested in pursuing work in journalism or government or continuing on his learning trajectory to academia. 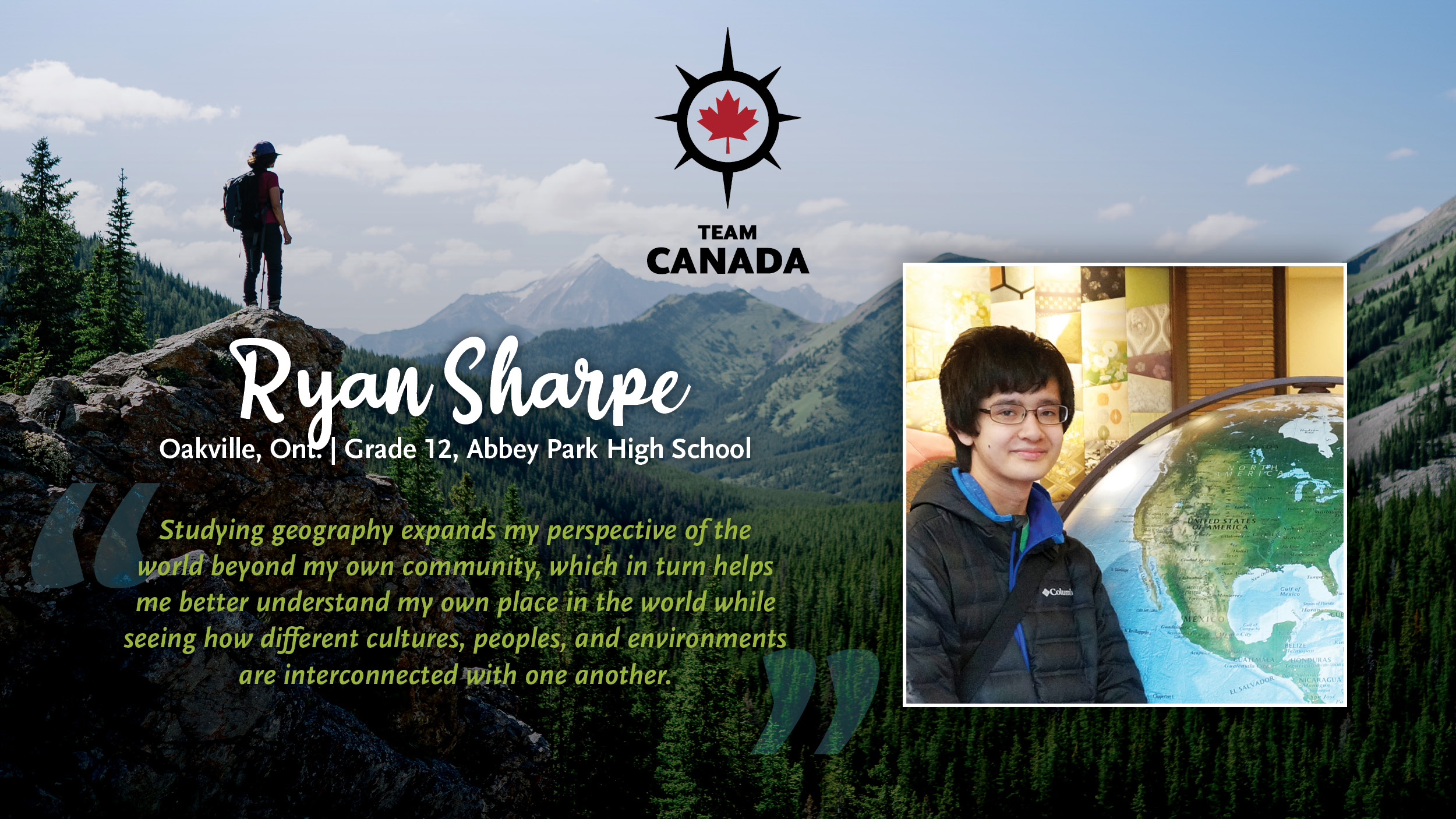 Akib participates in his school's science olympiad, debate and model U.N. clubs and has an interest in architecture. He admires structural engineer Fazlur Rahman Khan for his ingenuity regarding civil engineering in creating the basis for the modern skyscraper. Akib is considering pursuing a career in engineering and computer science. 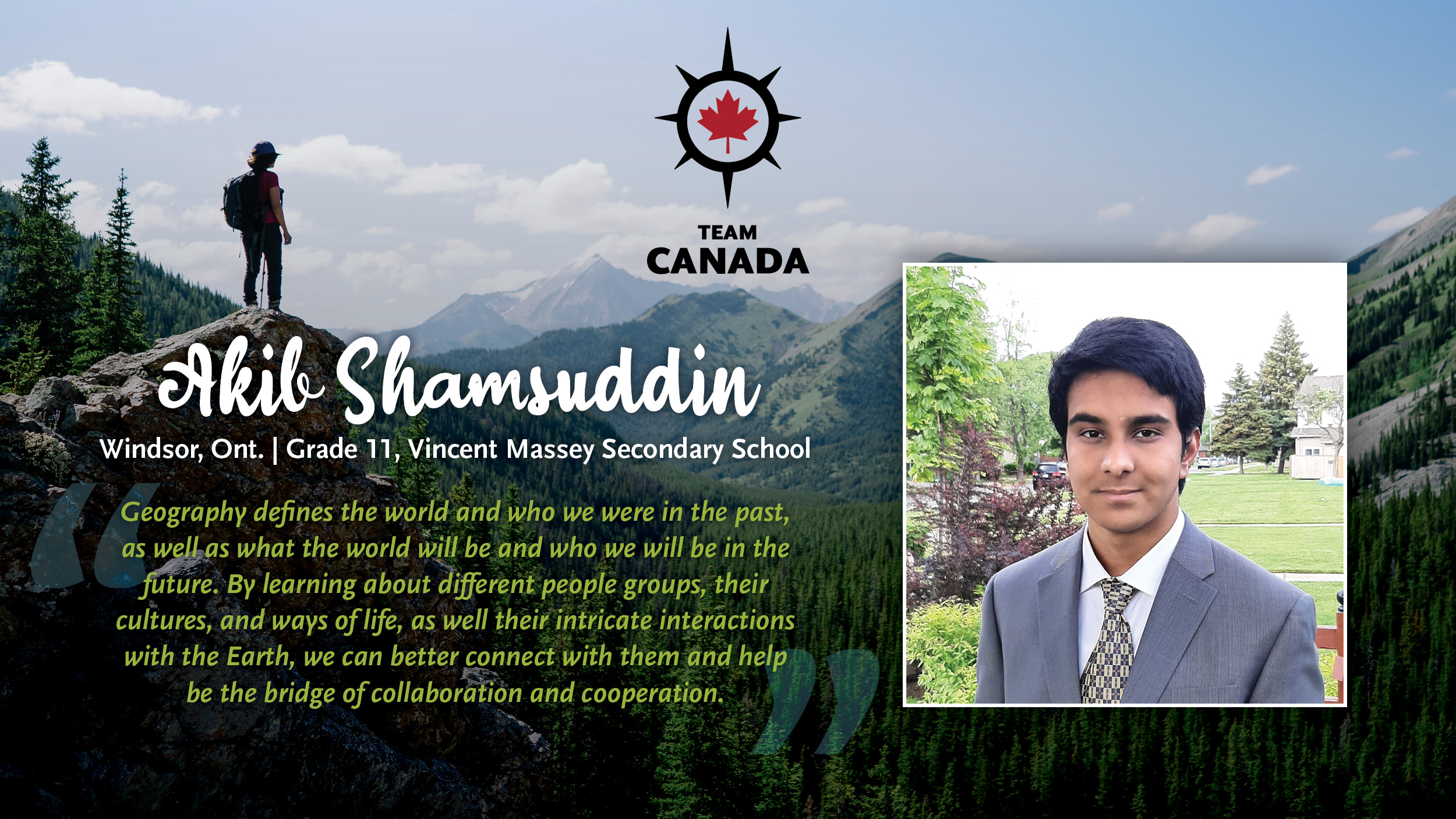 Matthew is an active student, competing in trivia competitions such as Reach for the Top and playing sports like basketball and road hockey. At heart, he is a geography enthusiast and is fascinated by how physical geography influences people and cultures. Matthew hopes to become a geographer or meteorologist and draws a great deal of inspiration from the late Alex Trebek, who he admires for having had a positive attitude, hard work ethic and compassion. 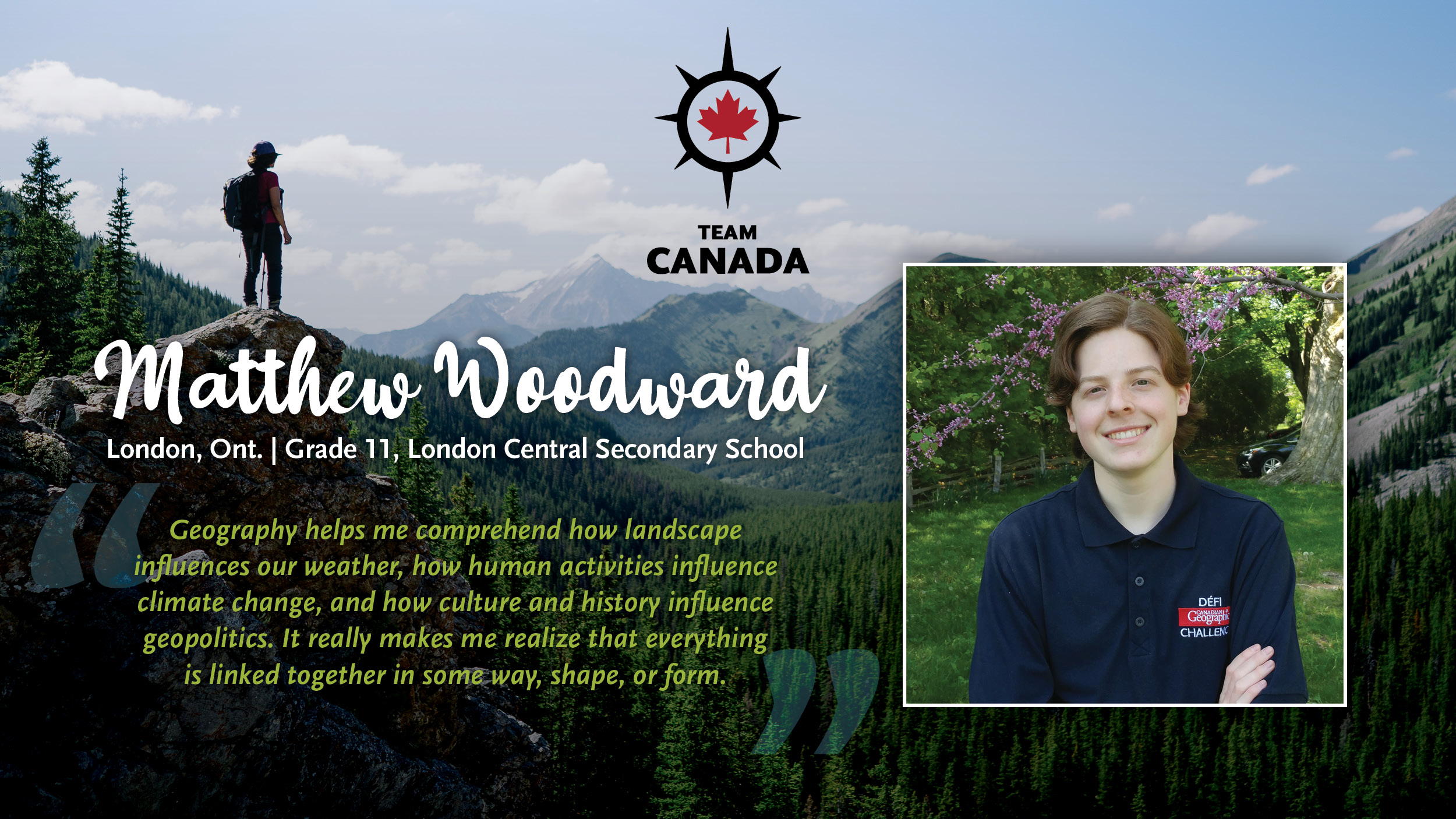 Nikita has a wide range of hobbies, from playing sax and guitar to studying languages such as Mandarin. His interest in geography stems from the fact that geography connects to a wide range of different subjects, including history and linguistics. Nikita aspires to one day assume a position within the Canadian government as a diplomat or an international relations specialist. 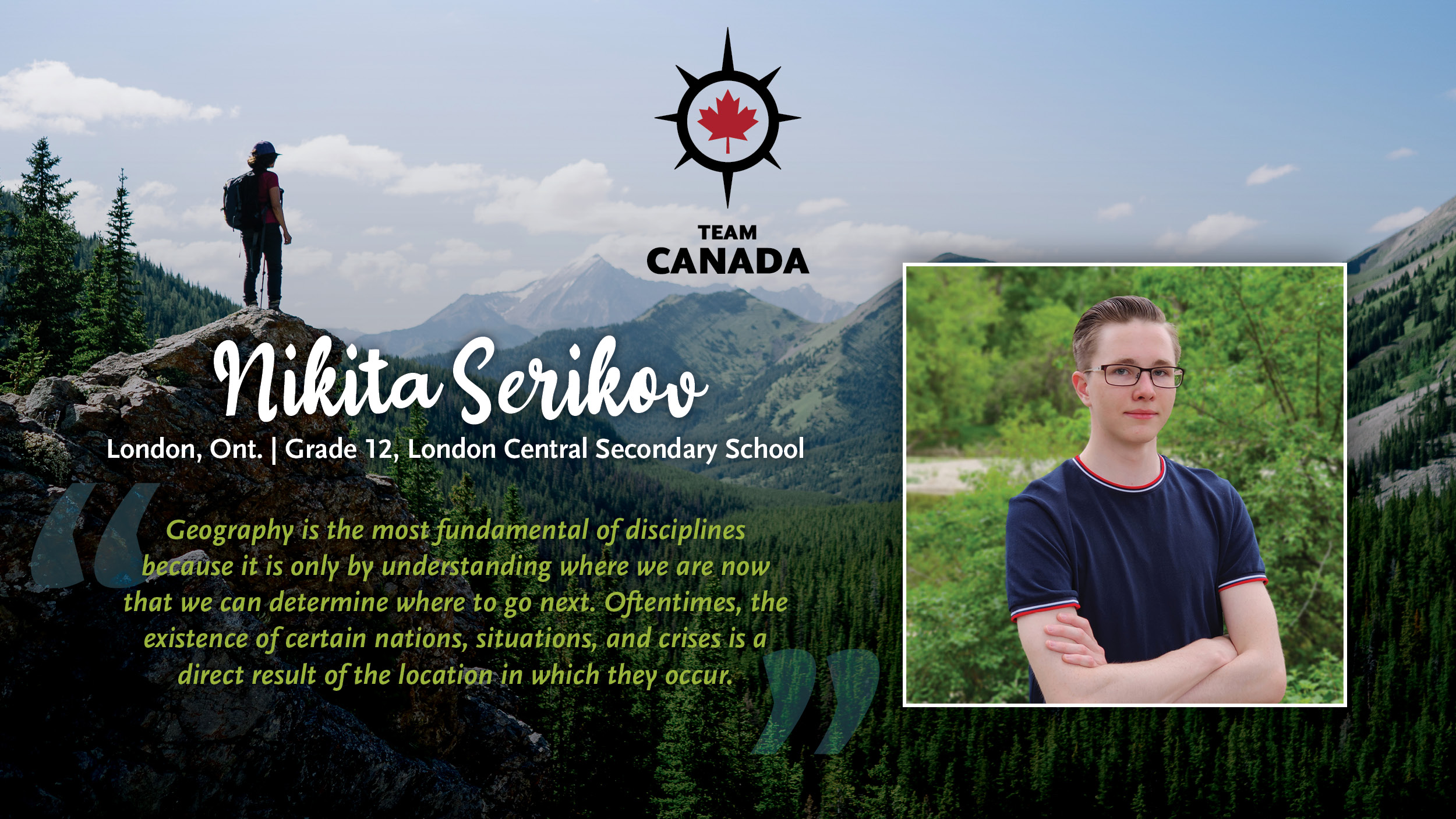