Team Canada ready to compete in the 2019 International Geography Olympiad

School may be out for the summer, but four Canadian students are studying harder than ever. In about a week, Canada will be sending a team of their brightest young geographers to Hong Kong, China, for the 16th International Geography Olympiad.

This year’s Team Canada includes 2017 Canadian Geographic Challenge champion Ben Woodward, from London, Ont., who was part of Team Canada last year 2018 and earned a bronze medal. Woodward will be joined by fellow Can Geo Challenge national finalist Jerry Sun, from Burnaby, B.C., as well as Jake Douglas from Peterborough, Ont., and newcomer Andrew Ding, from Mississauga, Ont. After several months of written tests and fieldwork, these four students were chosen from among dozens of other applicants to represent Canada.

This is only Canada’s second time sending a team to this prestigious competition, but Canadian students have already earned a reputation for putting on a strong performance. Last year’s team claimed five medals while competing against more than 160 students.

Organized by the International Geographical Union, the Olympiad is a geography competition for 16 to 19-year-old students, which comprises tests, fieldwork, cartography and analysis, as well as poster presentations and cultural exchanges. This year’s competition runs from July 30 to August 5. The Olympiad aims to engage youth in geography and environmental studies, cultivating geographical knowledge and skills, while also creating connections and fostering understanding between nations.

“The International Geography Olympiad is a tremendous opportunity for some of the best and brightest geography students in Canada to test their geographic knowledge, spatial skills and processes against those of students from around the world," says VanZant. “The members of Team Canada have been working hard to prepare for the competition and look forward to the challenge. Janet Ruest and I are confident that the team will represent Can Geo Education and The RCGS with distinction.”

Ben participates in Model UN, Envirothon, Reach for the Top, and is also president of his school’s geography club. Geography is more than just Ben’s favourite subject at school — it’s a way of life. Ben’s curiosity about the world drives his pursuit of knowledge and his desire to share what he learns with others. 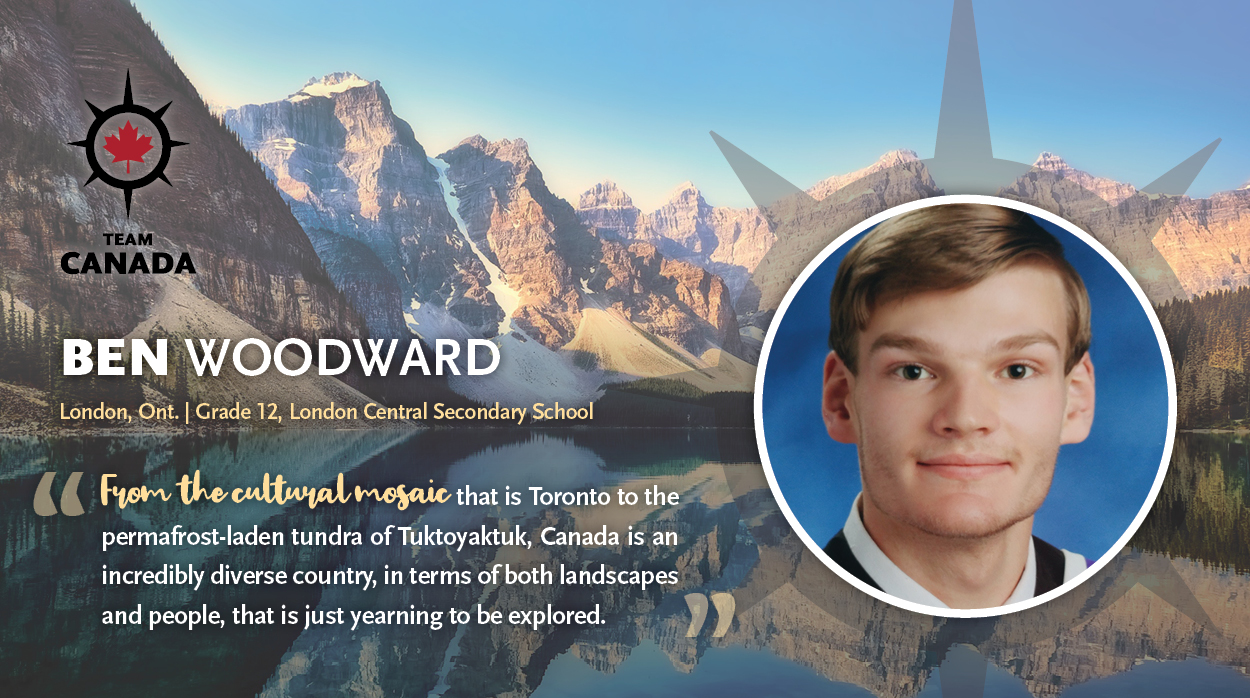 Jerry likes the way that geography connects many fields of study together and encompasses a cornucopia of topics. His love of geography is closely linked to his interest in physics and the way in which it helps explain the world around us. Jerry is also good at mathematics and hopes to one day pursue a career in computer science. 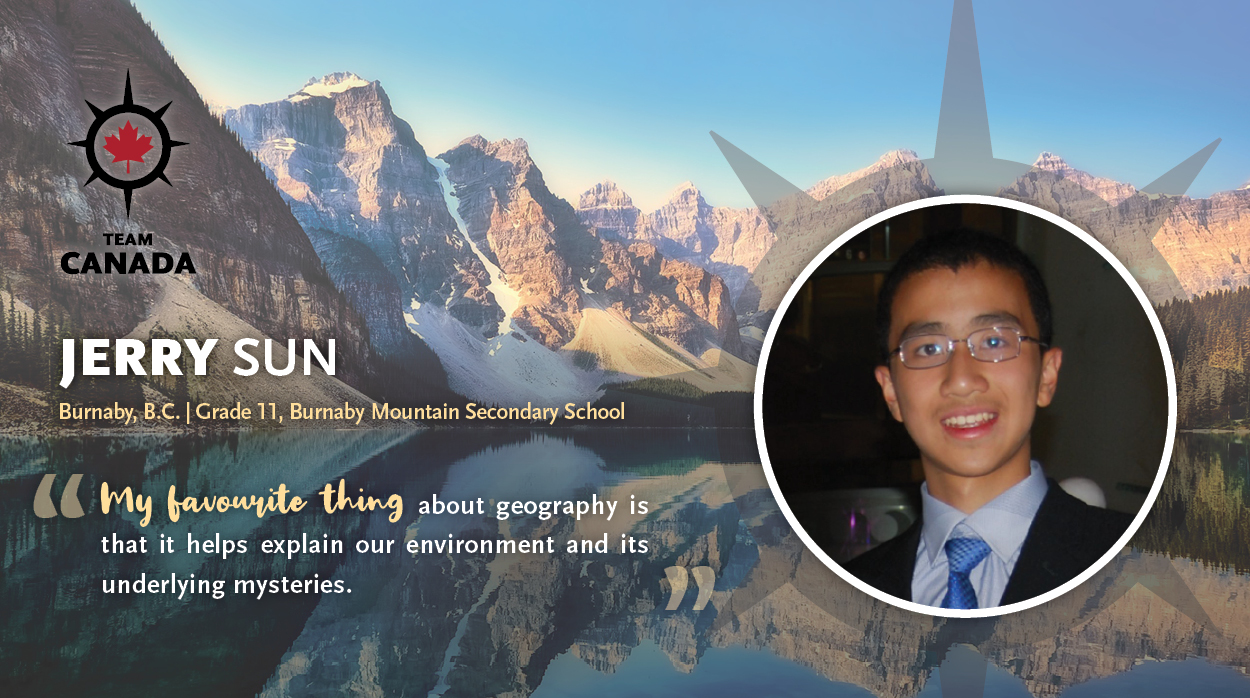 Jake has a love for the outdoors, spending much of his free time exploring his hometown of Peterborough by bike. Jake admires the late Canadian conservationist and filmmaker Rob Stewart and is interested in working in environmental science and conservation, with a focus on marine biology. 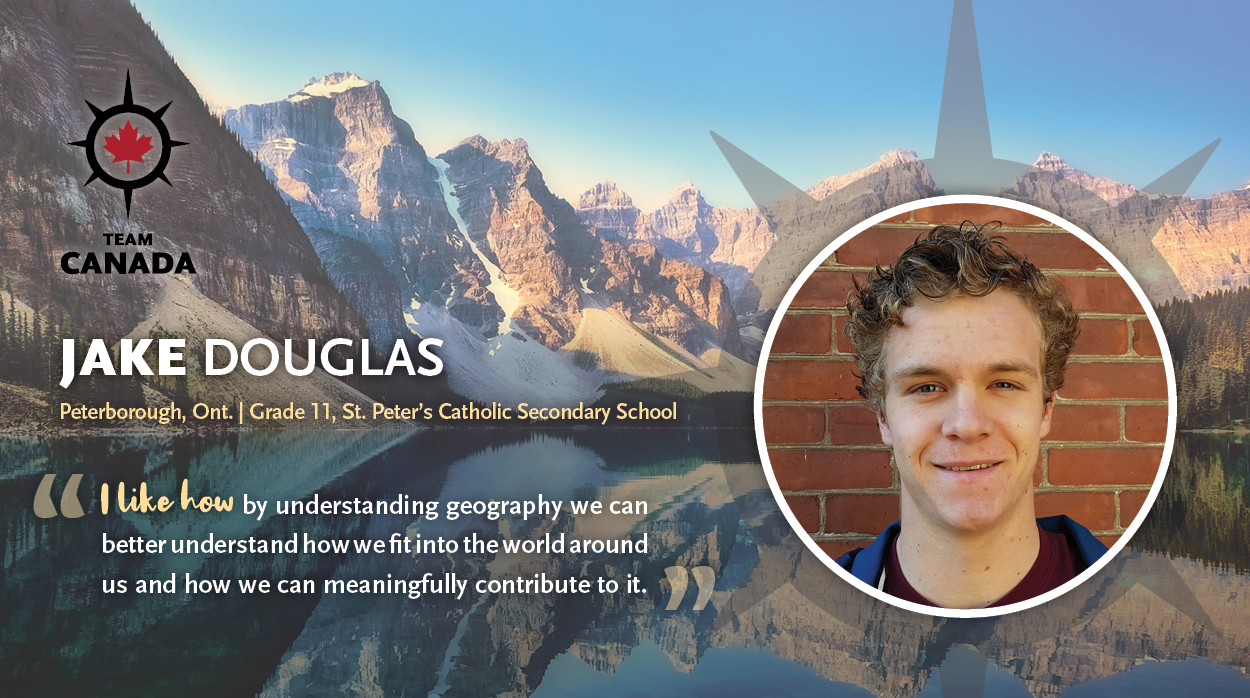 Andrew is the co-founder of his school’s trivia club and participates in Reach for the Top. His passion for geography is matched only by his love of numbers — Andrew wants to become a statistician or a data analyst when he’s older to work with geography data. His role model is Swedish physician and statistician Hans Rosling, the founder of the Gapminder Foundation. 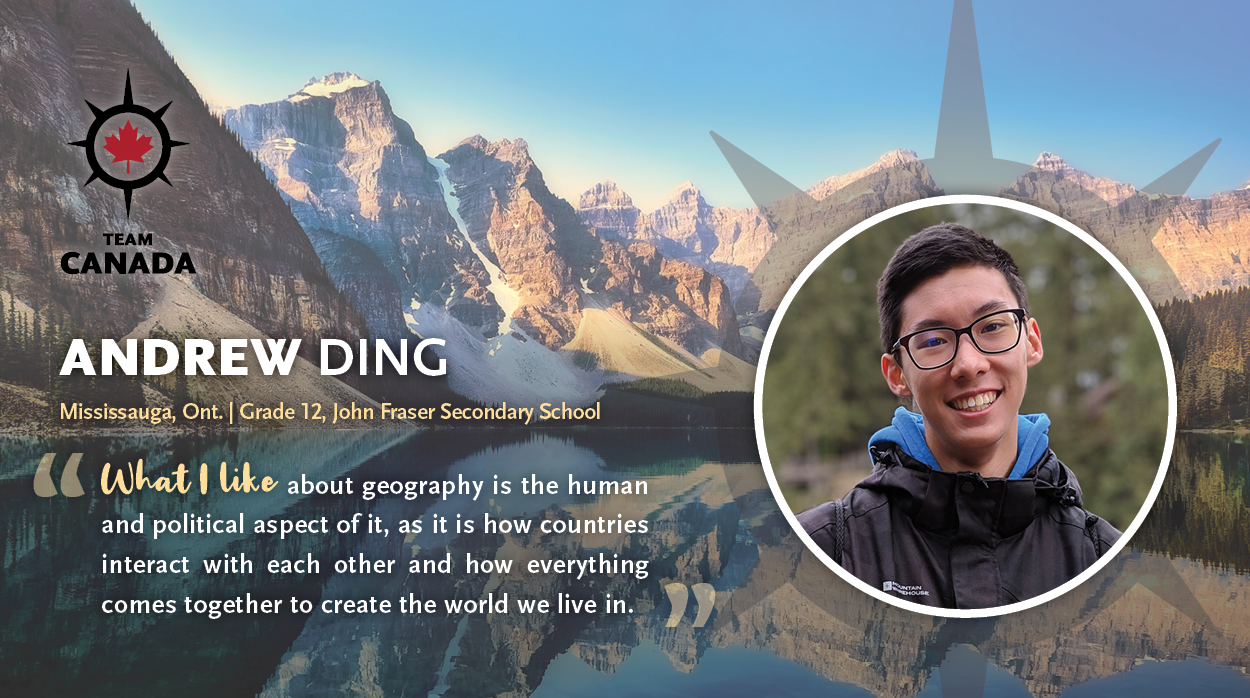