Sometimes referred to as the Serengeti of the Arctic because of its booming biodiversity, the northern stretch of sea known as Tallurutiup Imanga/Lancaster Sound now claims another boast-worthy distinction: it is Canada's newest and largest marine protected area.

Minister of Environment and Climate Change and Minister responsible for Parks Canada, Catherine McKenna, along with Joe Savikataaq, Nunavut’s Minister of Environment, and P.J. Akeeagok, president of the Qikiqtani Inuit Association, announced Aug. 14 an agreement on the final boundary of the national marine conservation area. A 109,000-square-kilometre section of the sound (when combined with adjacent protected areas, the boundary encompasses a region twice the size of Nova Scotia) will be protected from future offshore oil and gas exploration and development.

Tallurutiup Imanga is a wide, navigable gate that opens into the Northwest Passage. It's the home of narwhals, polar bears, seals, walruses, and millions of migratory birds. It's also been a site of interest to oil and gas developers. The Qikiqtani Inuit Association, a regional Inuit group that promotes the protection of Inuit rights on and around Baffin Island, has been calling for government protection of the area for years.

“Today is an important day for Inuit because of the profound significance of Tallurutiup Imanga to our communities," said Akeeagok. "This area is the cultural heart of the region; these waters thriving with marine life have supported the lives of Inuit since time immemorial. For almost five decades, Inuit have strived to ensure these incredible resources continue to provide for our culture, our traditional way of life and our survival."

The proposed boundaries partly owe their sizeable reach to the fact that Shell Canada voluntarily released 30 oil and gas permits to the Nature Conservancy of Canada (which then released them back to the government) in June 2016.

“This is a positive milestone, and a key step towards conservation and Canada’s target of protecting at least 10 per cent of our coastal waters by 2020,” said Nature Conservancy president and CEO John Lounds. 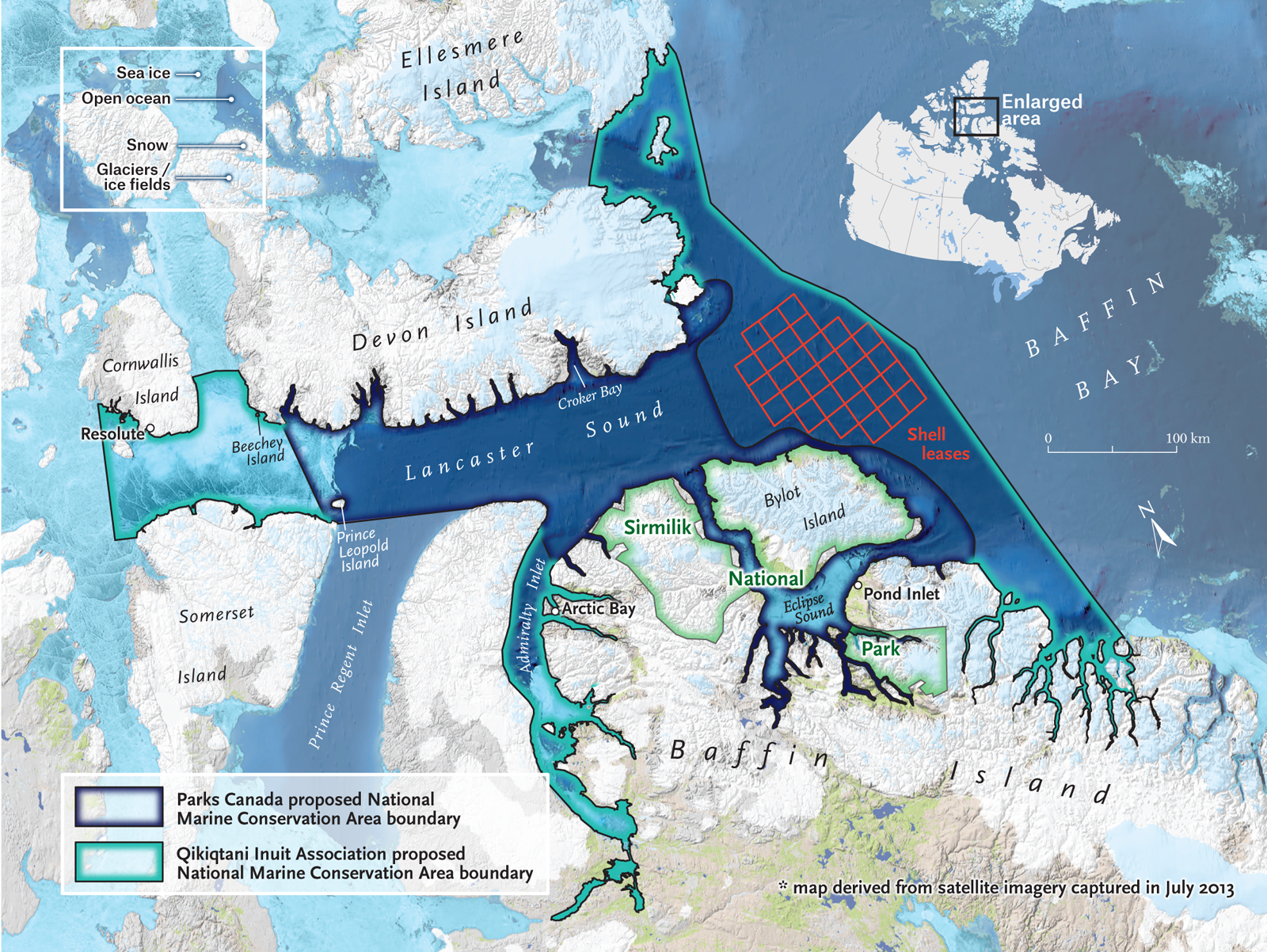 "The wildlife of this area, and the people who depend on them, will be better served by the larger boundary of the protected area, as it will better protect the integrity of the fragile Arctic ecosystem," said David Miller, president and CEO of WWF-Canada, which advocated for protection of the area.

“Protecting this area is critically important. Like most of the Arctic, the region is threatened by climate change," Catherine McKenna, Minister of Environment and Climate Change and Minister responsible for Parks Canada, said. "By protecting Tallurutiup Imanga/Lancaster Sound today, we are helping preserve a rich legacy for tomorrow. We are creating a buffer against the threats of climate change, and protecting against the stressors of human encroachment. We are implementing a sensible and integrated plan that will sustain biodiversity and sustain traditional ways of life.”