A photo posted to Facebook by an amateur wildlife photographer led to the discovery of a new swift fox den in southern Alberta for the first time in nearly a century
By Jensen Edwards
August 15, 2018

A family of at least five swift foxes was recently spotted in the tall prairie grasses south of Medicine Hat, Alta. — a positive sign for the resurgence of a species that was declared extirpated, or locally extinct, in Canada in 1978.

Biologists from the Nature Conservancy of Canada (NCC) set up motion-activated wildlife cameras on their property south of Medicine Hat after they saw an amateur photographer’s Facebook post about a swift fox sighting in the area. When the cameras snapped photos of the rare animals, the den was confirmed. The NCC is not sharing the precise location of the den at this time because they want to minimize human disturbances to the animals.

Once abundant throughout the grasslands from the Canadian Prairies south to Texas, populations of the smallest North American fox species had been decimated by the expansion of agriculture and industry by the early 20th century. Before their reintroduction to Canada in the 1980s, swift foxes had been absent from the Prairies for nearly 50 years, the last one being spotted in Alberta in 1938.

“What makes it so exciting is that you don’t see [swift foxes] that often because there aren’t that many of them,” says Megan Jensen, the NCC’s natural area manager for southeast Alberta. “Seeing them is a privilege for me and it’s exciting because we know that it means that we’re doing something right with our grasslands.” 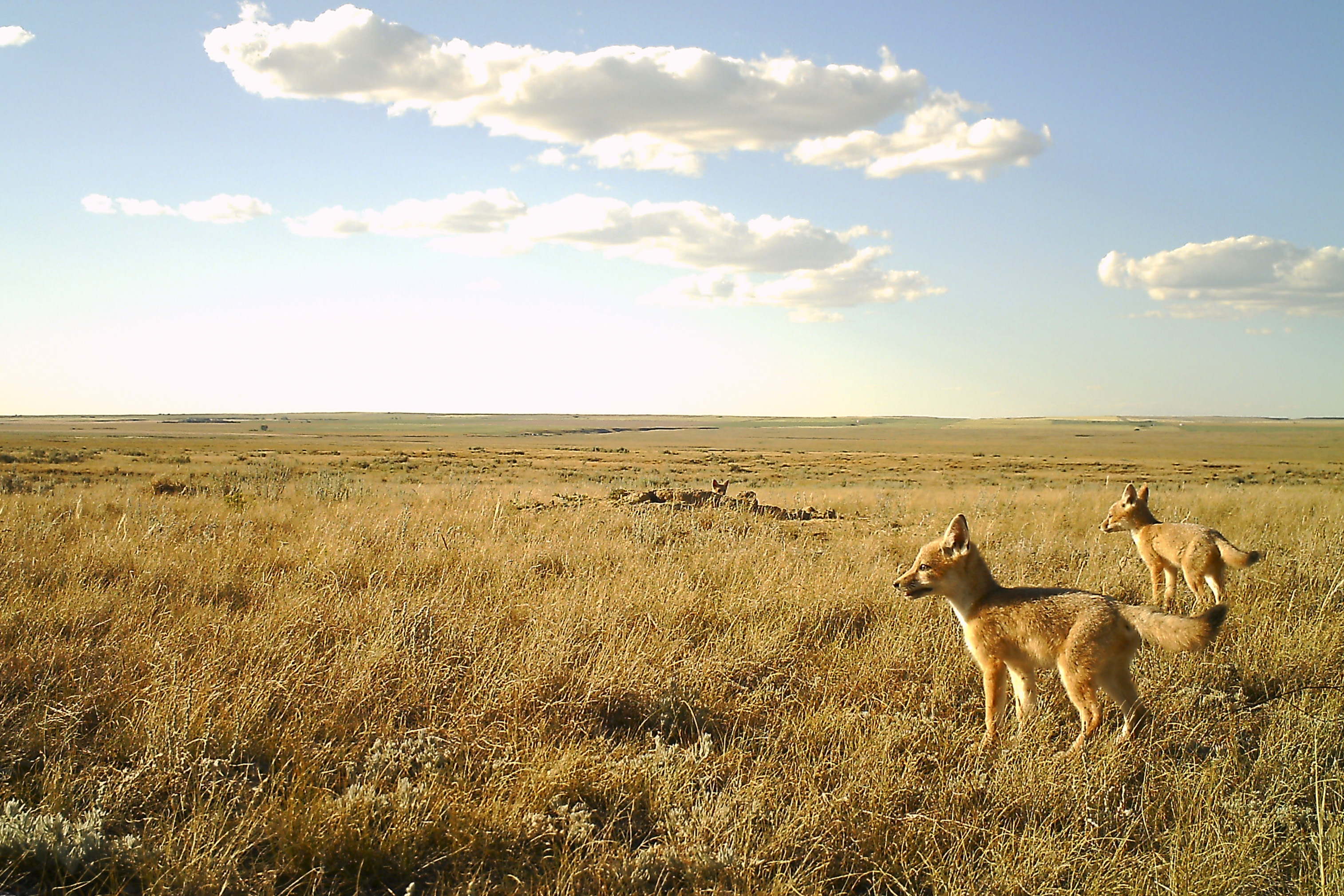 Because of their small size, swift foxes are often mistaken for coyote puppies. (Photo courtesy Nature Conservancy of Canada)
Between 1983 and 1997, conservationists re-introduced over 900 of the house cat-sized animals back into the grassland ecosystems of the southern Canadian Prairies. But conservation efforts alone have been unable to sustain that number, and today it’s estimated that there are just over 600 swift foxes spread across the region.

The swift fox, named for its ability to run at speeds of over 60 kilometres per hour, is nevertheless vulnerable. The foxes are preyed upon by coyotes and eagles, and because they tend to den close to roads and are attracted by roadkill, they are frequently hit by vehicles. Farmers doing battle with squirrels and other rodents still resort to poison to protect their crops, and swift foxes are often the unintended victims. However, local landowners are voluntarily adopting more sustainable practices to help foster the fox’s recovery.

Seeing swift foxes move into new spaces shows that conservation efforts are on track, Jensen says. “It’s a species that really requires good grassland habitat, so for us it’s important because that’s our main goal — we try to manage our properties to allow for biodiversity for these species to really thrive.

“I think as long as we keep protecting and keep conserving this habitat, it shows that we can make a difference.”