The students’ device will compete at an international innovation competition June 18 to 20
By Joanne Pearce
June 19, 2017

When you picture Sable Island, idyllic scenes comes to mind: sandy dunes, windswept beaches, and untamed horses. It's a romantic image, and one that a group of Halifax students hopes to protect.

To discourage Sable's wild horses from trotting near human infrastructure, the students created a deterrent system that uses motion sensors and high-frequency sounds to limit the animals' exposure to human waste, plastic materials and human interaction. The device will also collect data so the horses can be monitored over time.

The students, who are in Grades 7 or 9, worked on the project as part of an innovative university-community program called Imhotep’s Legacy Academy. The program helps connect university and college mentors from Dalhousie University in STEM (science, technology, engineering and mathematics) subjects with Nova Scotian students of African heritage (although it's not a requirement for participation).

“The [Sable Island] project was designed by the children when they had to think of an issue to solve using technology and engineering for a contest that runs out of Oxford Junior High,” says Imhotep program manager John Aruagha-Ndukwe. Now, the team is taking their design to the world stage.

The students advanced to the FIRST Global Innovation Awards competition–where they will have a shot at the $20,000 first prize–after having qualified in the Nova Scotia Community College robotic design competition last fall. After that competition, the students won awards at the Acadia University and decided to submit a synopsis of their project for the international science and technology competition, being held June 18 to 20 in Washington, D.C.

The team, “Legos R Us,” from Oxford Junior High School are one of three Canadian teams set to compete in Washington. Aruagha-Ndukwe says the growth of the students from working on the project is massive.

“It’s amazing. I remember the first time I met all the kids and they were shy, they kept to whoever they knew. Now they are tight in their team, more expressive and confident in their work. There is a general sense of family.” 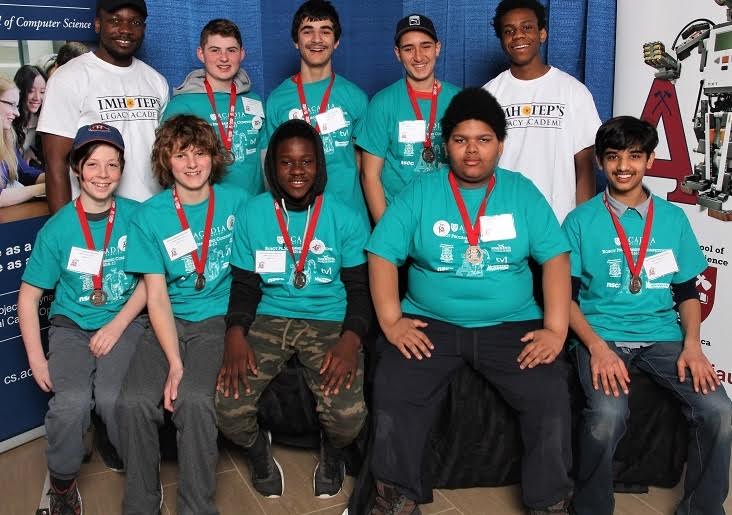 One of the team members, Evan Rossiter, says he is excited to go compete in Washington and hopes to place in the finals.

“We’d love to place, maybe in second or third to fund the idea and help the horses.”

The group has successfully raised $16, 000 online, which will help to send all nine kids and their chaperones. Aruagha-Ndukwe says the kids are ecstatic to be able to travel out to Washington for the competition.

“These are kids that never thought they would be traveling out soon. And now they have the opportunity to go to the international stage to present their ideas to leading researchers in their field, meet with other kids and get inspired and be recognized for doing this much work.”

The winning team at the competition will receive $20, 000, with second and third place receiving $5,000.