Space mining is not science fiction, and Canada could figure prominently

The mining industry is actively looking towards new frontiers in mining
By Elizabeth Steyn
May 5, 2021

In this era of climate crisis, space mining is a topic of increasing relevance. The need for a net-zero carbon economy requires a surge in the supply of non-renewable natural resources such as battery metals. This forms the background to a new space race involving nations and the private sector.

Canada is a space-faring nation, a world leader in mining and a major player in the global carbon economy. It’s therefore well-positioned to actively participate in the emerging space resources domain.

But the issues arising in this sphere are bigger than Canada, since they involve the future of mankind — on Earth and in space. 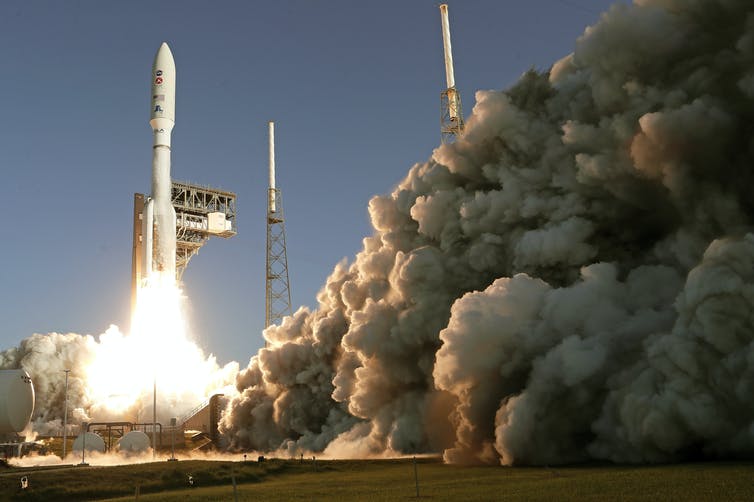 A United Launch Alliance Atlas V rocket lifts off at the Cape Canaveral Air Force Station in July in Cape Canaveral, Fla. The mission sent a Mars rover to the Red Planet to search for signs of life and explore the planet’s geology. (Photo: John Raoux/AP)

On Earth, attempts to address global warming include switching to a net-zero carbon economy through mass rollouts of electric vehicle fleets and investments in large-scale renewable generation infrastructure. Doing this successfully would require vast quantities of battery metals (lithium, cobalt, nickel), critical minerals (copper) and rare Earth elements — so much so that market analysts have warned of a potential metals supercycle. In a supercycle, demand wildly outstrips supply, relentlessly driving up prices.

For this reason, the mining industry is actively looking towards new frontiers in mining. These include the circular economy (recycling and enhanced mine waste management), deep sea mining and space mining. Space mining holds the potential for rich rewards, but also comes with robust challenges. 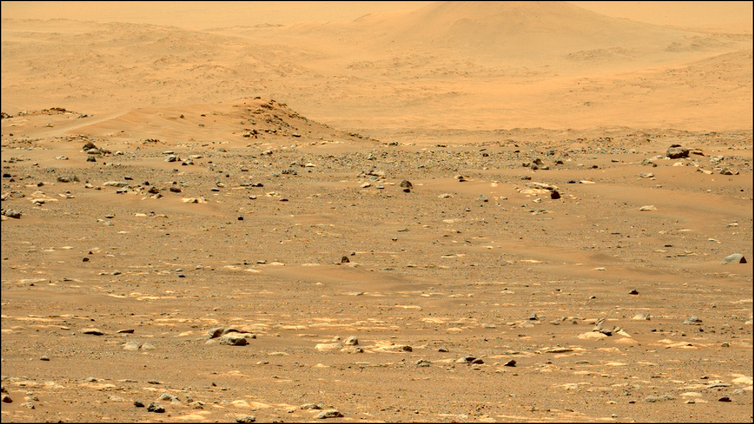 A photo from the surface of Mars from the Perseverance rover mission on Mars. (Photo: NASA)

One of the most serious challenges is the lack of a cohesive regulatory framework for governing mining in outer space. While the 1967 Outer Space Treaty has been signed by all space-faring nations and is widely considered to be the constitutional document of outer space law, it has interpretation gaps.

Importantly, it determines that no nation can claim any celestial body (such as the moon) for itself — but it’s silent on whether derivative resources can be owned.

Earth lawyers contemplating space-mining projects are likely to look at four aspects: security of tenure, the fiscal regime, the bankability of the project and the project’s feasibility. Let’s break them down.

In mining terms, security of tenure means having secure and stable rights throughout the mining cycle. The 1967 Outer Space Treaty is unclear on who would own any extracted resources, and interpretations vary.

So far, Luxembourg and the United States have enacted domestic legislation that favours the possibility of claiming extracted resources, thereby bringing security of tenure to space mining companies located in those jurisdictions.

This issue refers to the payment of taxes, royalties or the like. Here, the 1979 Moon Agreement comes into play. Only two space-faring countries are party to it: India and Australia.

There’s disagreement on the role that the Moon Agreement should play in outer space law. Some argue that it’s not pertinent to non-party countries; others point to its language and suggest parallels with the United Nations Convention on the Law of the Sea (UNCLOS). Both instruments refer to the “common heritage of mankind.”

UNCLOS has set up an international regulatory body, the International Seabed Authority, to licence mining in the deep sea on a royalty payment basis. Royalties are then to be distributed equitably among all nations on Earth. Some argue for a similar system to apply to outer space.

3. Bankability of the project

The third issue, project bankability, concerns the capacity of the project to attract funding.

To a large degree this will be determined by the prior two issues: security of tenure and the applicable fiscal regime. This again demonstrates the need for agreement on a clear legal framework before rushing into action.

The last issue, has several facets. Technical feasibility is currently enjoying a lot of attention, with much research and development going into the advanced robotics and automated systems that would be needed for space mining operations.

Technological breakthroughs to date include the discovery of water crystals on the moon and on Mars, and the harnessing of 3D printing technology in space for manufacturing purposes. These make space mining more viable.

With the world’s two wealthiest people now both engaged in the space race — Jeff Bezos with Blue Origin and Elon Musk with SpaceX — we can expect rapid technological acceleration. 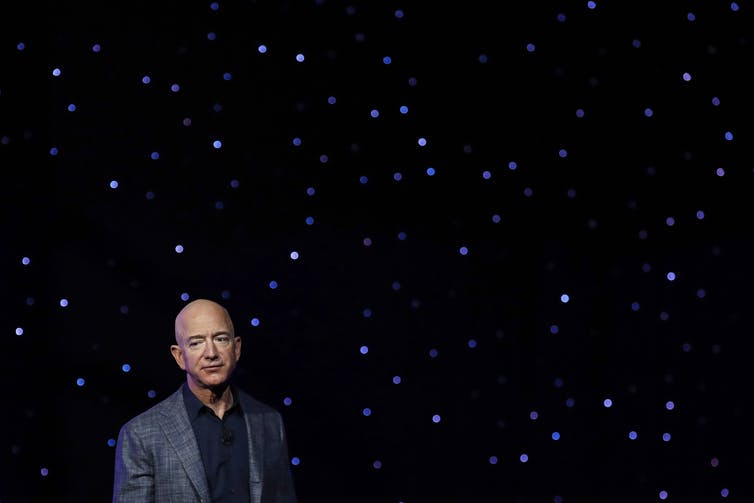 Bezos speaks at an event to unveil Blue Origin’s Blue Moon lunar lander in May 2019 in Washington. (Photo: Patrick Semansky/AP)

Economic feasibility means that space mining would have to make financial sense. The looming shortage in non-renewable natural resources coupled with technological advances and the mind-boggling mineral wealth present in even a single asteroid may well make it so.

Peaceful use of outer space

There’s an additional reason why international agreement and co-operation in the outer space domain is crucial: the peaceful use of outer space, as required by the Outer Space Treaty.

In October 2020, eight countries signed a NASA-led initiative called the Artemis Accords. These included the United States, Canada, Australia and Luxembourg. Notably absent were Russia and China, who have since agreed to collaborate with each other on space initiatives.

Legal issues about the ownership of space resources must urgently be addressed to avoid space wars over natural resources between superpowers like the U.S., Russia and China. This includes the legal status of the Artemis Accords. Ideally, it should be done before space mining starts.

Finally, space mining raises certain ethical questions, such as whether the moon could be considered a legal person, if space mining would entail a new form of colonization and how the common good of mankind could best be served through mining in space.