Quebec’s Béatrice Martin — better known by her stage name, Cœur de pirate — was recognized for her contributions to the Society and Canada's cultural landscape
By Andrew Lovesey
March 6, 2018

Béatrice Martin, one of Canada’s finest musical talents, has taken the global music scene by storm since her 2008 debut. Known internationally by her performance name, Cœur de pirate, Martin was awarded the Capt. Joseph-Elzéar Bernier Medal and an honorary fellowship on Feb. 28, 2018 at the inaugural Sights, Sounds and Tastes of Canada gala dinner in Toronto, at which she also performed.

Martin has had an enormous cultural impact with her revival of la chanson française, exposing a massive, young audience to the form. She was also recognized for her contribution to The Royal Canadian Geographical Society.

Her new single, “Prémonition,” has received nearly half a million views in the past month, and she is one of the most popular young francophone artists in the world. A multiple Félix award winner, and winner of the Canadian Independent Music Award’s Francophone artist of the year, Cœur de pirate regularly celebrates and promotes Canada through song. 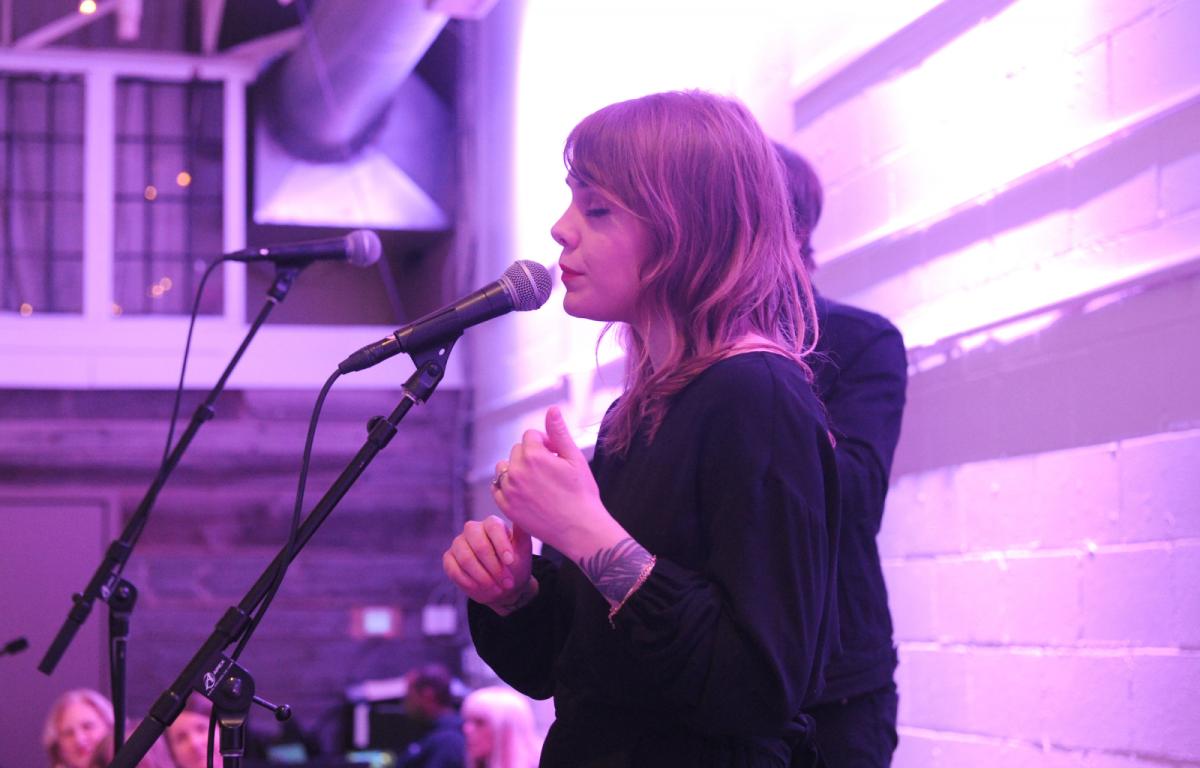 “By lending her incredible talents to The Royal Canadian Geographical Society, Béatrice Martin has helped the Society enormously to emphasize the importance of geography,” says RCGS CEO John Geiger, who presented the medal with Dr. Wendy Cecil, Vice Chair of the RCGS Board of Governors. “Geography manifests itself in many ways, not just physical geography but cultural geography too.”

The Joseph-Elzéar Bernier Medal, established in 2014, and named for a celebrated Quebec explorer whose voyages asserted Canada’s sovereignty in the Arctic, recognizes an exemplary deed or activity that has enhanced or aided the Society in fulfilling its mandate at the international, national, provincial or headquarters level and so has advanced the understanding of Canada’s physical and human geography. All recipients of Society medals also become Honorary Fellows.

Martin's highly anticipated new album, En cas de tempête, ce jardin sera fermé, is expected later this spring. She will perform March 16 at Église Saint-Jean-Baptiste in Montreal before embarking on a tour across Europe and Canada, including stops in Gatineau and Toronto.