Seven more amazing things RCGS Fellows are up to this year

From a solo ski and mountain-climbing expedition to the South Pole to a project that mapped portions of Devon Island’s coasts for the first time, see what just a few of the RCGS’s Fellows have been working on in late 2018
By Nick Walker
December 20, 2018

Frank Wolf’s new book, Lines on a Map: Unparalleled Adventures in Modern Exploration, is a collection of 16 previously published and eight new stories about his adventures of the past 20 years, opens with an overview map of his self-propelled wilderness journeys by canoe, ski, pack raft, kayak, foot and bike in North America, Asia and Scandinavia — with each numbered “line on a map” representing a story about the adventure, landscape and culture he experienced there. The book features 77 full-colour images from Wolf’s various trips and a foreword by The Golden Spruce author John Vaillant, who describes the reading experience best: “As you make your way ... into Wolf’s wild hinterland, you may feel justifiably glad it’s not you in the boat, but I guarantee there will also be moments when you wish to hell you could have been there.”

Lines on a Map includes stories from 24 of Wolf’s expeditions, including a 2017 ski and peak-climbing adventure (above) across Nunavut’s Bylot Island. (Photo: Frank Wolf)

Photographer Debra Garside travelled to remote Sable Island National Park Reserve in Nova Scotia for two weeks in the autumn to capture images for her upcoming book The Seasons of Sable Island. During the expedition, Garside circumnavigated the 40-kilometre island in a Britton Norman Islander at an altitude of 500 feet to perform an open-door aerial shoot. She also captured imagery of the iconic wild horses as they changed from their fall to winter habitats, enduring sand and rainstorms with near hurricane-force winds, rain, snow and ice pellets. This is Garside’s sixth overnight expedition to the island since 2009, which makes her the only professional photographer to have spent more than 60 days and nights there in total. Part of the proceeds from Garside’s images support The Sable Island Institute in Halifax.

Jennifer Kingsley began a new chapter of her cultural storytelling work in 2018. After three years spent visiting six Arctic nations for her project called Meet the North, she has begun working in the Marquesas Islands of French Polynesia. South Pacific Stories, sponsored by the Lindblad Expeditions-National Geographic alliance, is an ongoing investigation of modern culture in island communities.

“We are travelling to a world defined by the ocean,” writes Kingsley. “It’s the home of great navigators and artists, and the site of both historic oppression and modern resurgence. We will learn about life from the people who live here, where islands are so far-flung they rarely appear together on one map. We will listen, follow, and ask the people we meet to choose new sources and locations. The stories you find here will come from those experiences.” 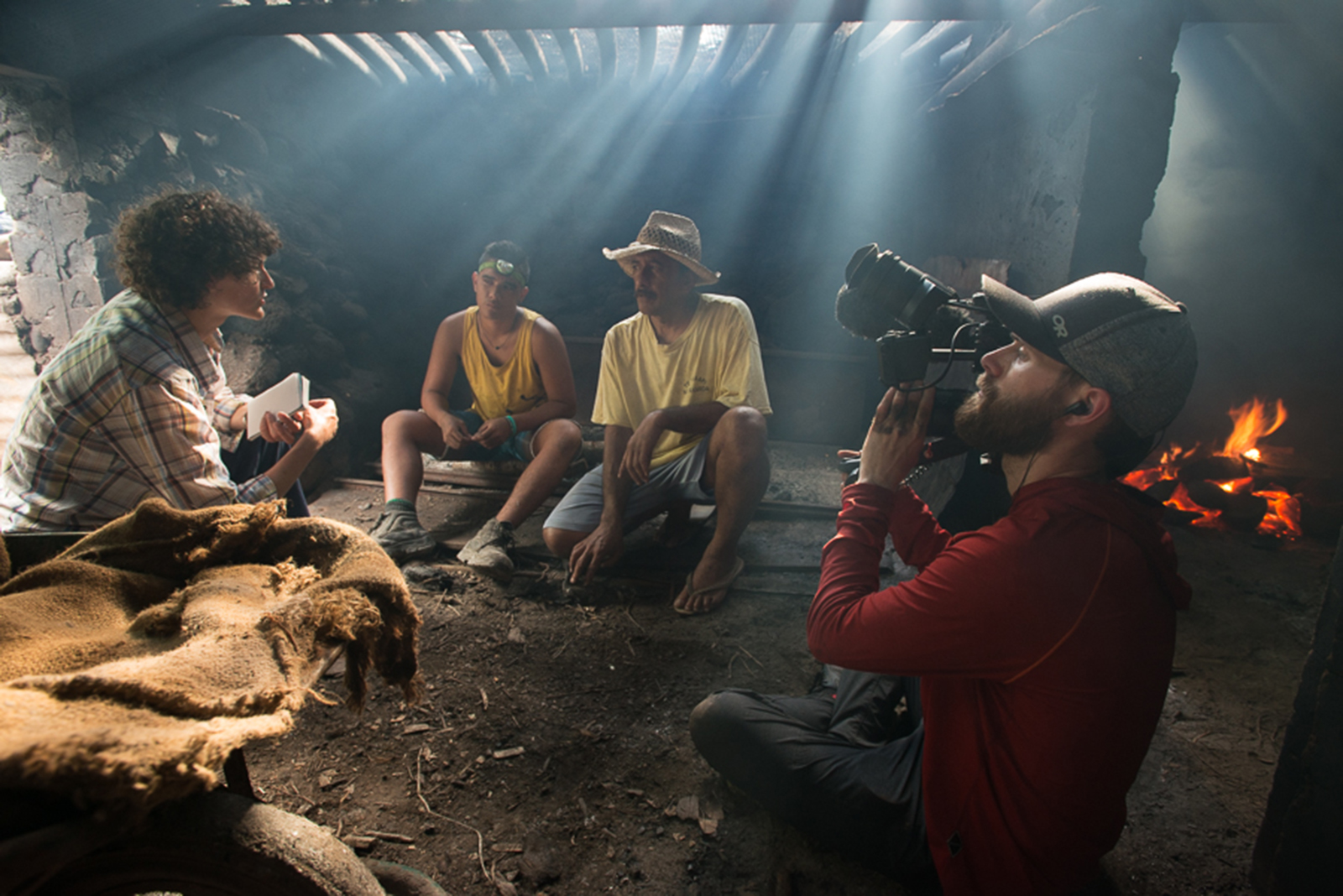 To celebrate a promotion to full professor at Western University in July 2018, Gordon “Oz” Osinski, an expert in planetary geology, led an expedition to the Dundas Harbour region of Devon Island, Nunavut. The main objective was to investigate the ancient Precambrian Shield rocks of Devon Island, which are exposed around the edges of the Devon Island ice cap along the shore of Lancaster Sound, part of the infamous Northwest Passage. These rocks, thought to be between two and three billion years old, have only been mapped at the reconnaissance level — and not since the 1970s. Without the support of a helicopter, Osinski and his team conducted some 30 kilometre-plus treks into the interior and used a small zodiac boat to map more than 50 kilometres of coastline. They also had to deal with the local wildlife, which included seven polar bears in their camp in the first 24 hours. Other highlights of this expedition included a visit to the former RCMP outpost at Dundas Harbour and the discovery of numerous Thule sites dating back more than 800 years. 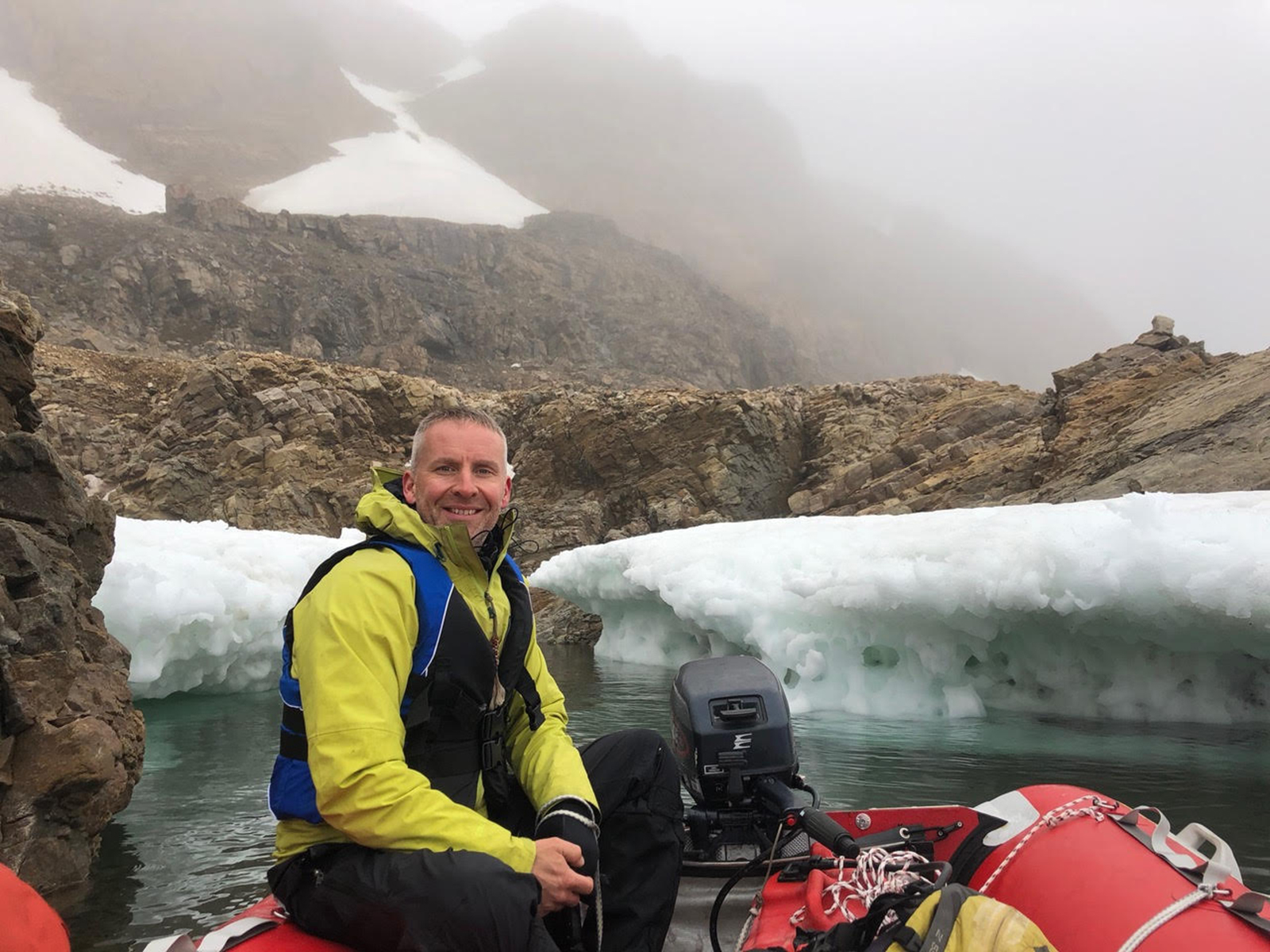 In November, Laval St. Germain — one of Canada’s most prolific adventurers — embarked on an expedition that will take him on a 50-day, 1,200-kilometre solo ski from Hercules Inlet, Antarctica, to the South Pole, followed by a 10-day ascent of Mount Vinson, Antarctica’s tallest peak. Scaling Vinson will be his seventh top summit, having already claimed the world’s tallest peaks on every continent, including a climb to the top of Mount Everest without oxygen.

He’s aiming to raise $140,000 for the Alberta Cancer Foundation, or taking care of “unfinished business” as he calls it. In 2016, St. Germain rowed across the Atlantic, breaking a record in the process. While he achieved his goal of safely reaching France’s shores, he fell short of his fundraising goal of $200,000 for cancer research. He hopes to make up the difference in Antarctica, this time with a 110-kilogram sled in tow. He’s no stranger to challenges — in addition to the Atlantic row and Everest (where he lost three fingers due to frostbite), St. Germain has climbed (and sometimes skied down) the highest peaks of more than a dozen nations. His attention to detail has kept him alive — as a full-time airline pilot, checklists and risk management are a natural part of his psyche. 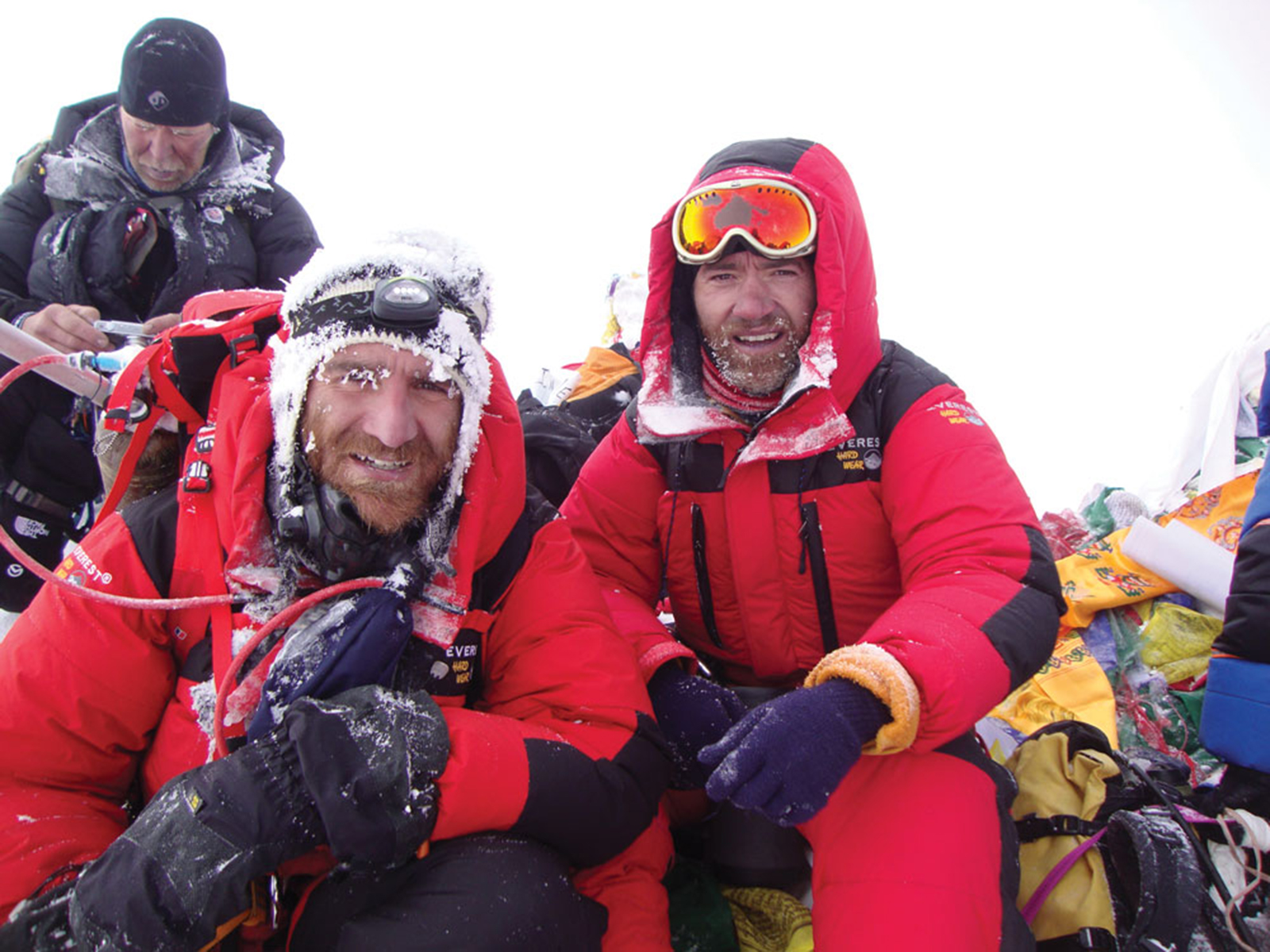 These remarkable creatures live in the lush temperate rainforests of Canada’s West Coast, where they hold almost mythic status among the region’s Indigenous people. Shot exclusively for the giant screen and narrated by Ryan Reynolds, Great Bear Rainforest will offer a remarkable journey into one of the planet’s most spectacular wildernesses — a land of wolves, grizzly bears, humpback whales, sea lions, sea otters and others — as it explores the secret world of the spirit bear. The film is set for release in February 2019. Watch the trailer. 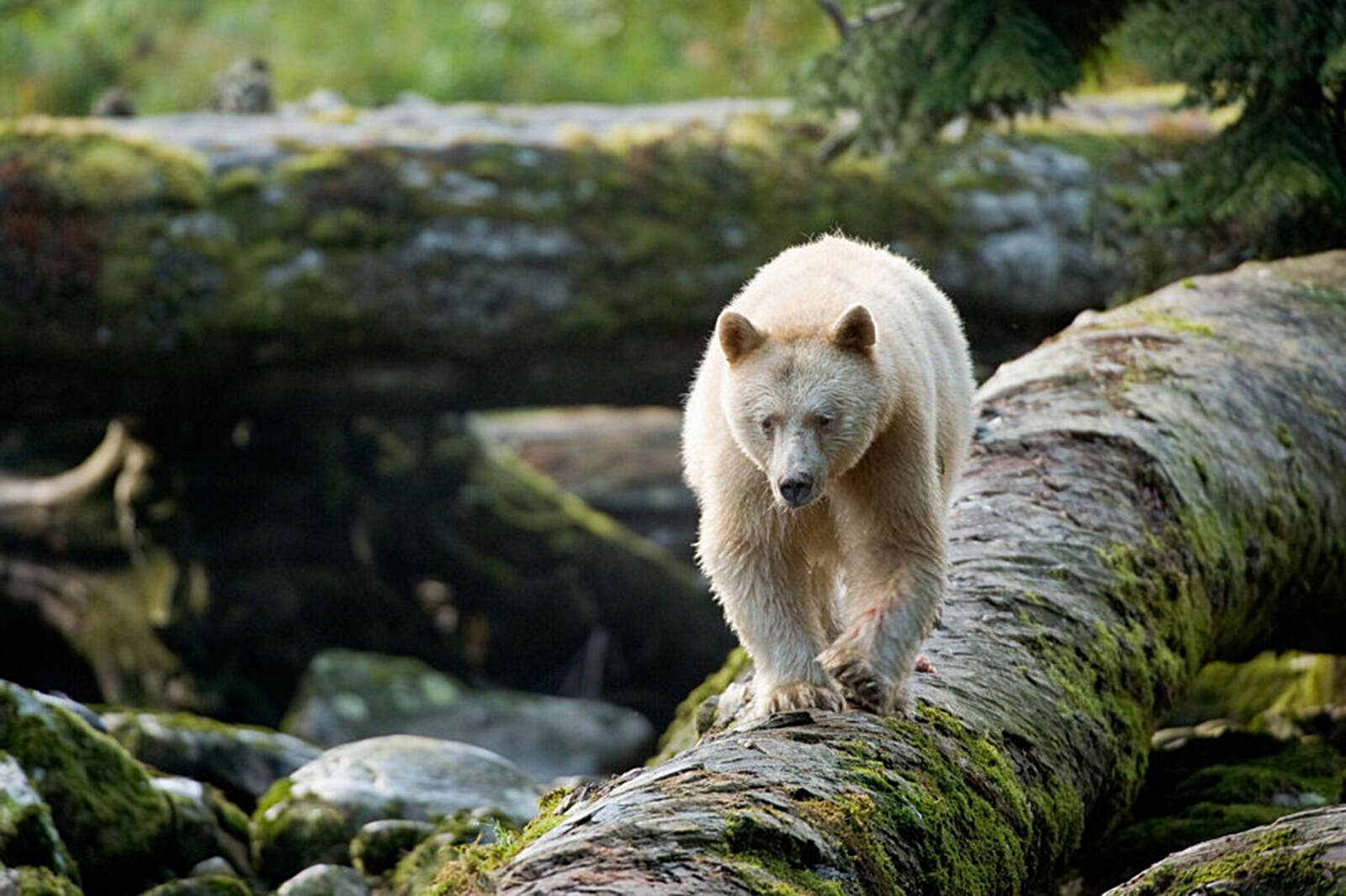 A spririt bear, a.k.a. a Kermode bear, on the move in British Columbia’s Great Bear Rainforest. (Photo: Ian McAllister/Pacific Wild)

Paddling from Alberta to the Arctic Ocean while classrooms followed along

RCGS Fellow TA Loeffler and Marian Wissink paddled 3,080 kilometres by canoe from Jasper to Tuktoyaktuk this summer on the Athabasca, Slave, Riviere des Roches and Mackenzie Rivers. The Paddling North expedition began in mid-May and finished just as the season was turning in mid-August. Loeffler made daily updates from the field via satellite phone and SPOT so that classrooms in Newfoundland and the Northwest Territories could follow along and learn about the geography of this most important waterway. The team made significant connections along the route and hope to return in future seasons to pursue several collaborative research inquiries. This was the 30th community-engaged expedition that Loeffler has led. These expeditions have spanned all seven continents and every Canadian province and territory.

Over the course of the Paddling North expedition, Loeffler and Wissink weathered severe storms, met several bears, muskox, wolves and even a curious lynx. Trip highlights included reaching the Athabasca Delta just as thousands of Canada geese were using the flyway to migrate north, and pushing through storms, wind, rain and even a bit of snow as winter threatened to come early as the pair paddled from Inuvik to Tuktoyaktuk. The last paddling day of the expedition was an epic 16 hours, which brought Loeffler and Wissink to the base of a pingo at 1:30 a.m., just as the sun was setting and the winds were rising to gale force. 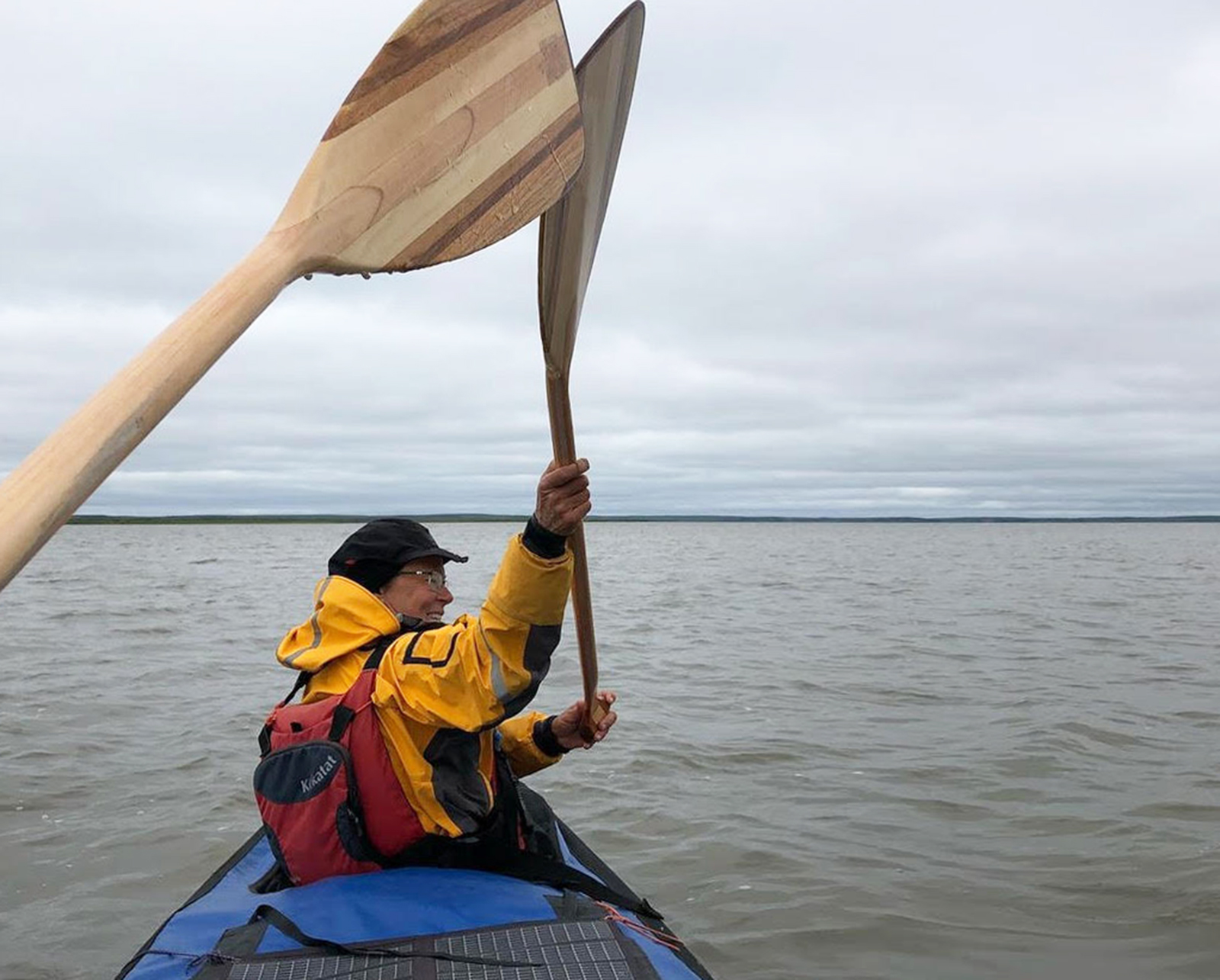 Related: Six more things RCGS Fellows got up to in 2018