Seeing the garden through the trees: The Indigenous forest gardens of coastal B.C.

The discovery of the 150-year-old Ts’msyen and Coast Salish garden sites — and their still-booming biodiversity — could provide fresh inspiration for both land management and food security solutions
By Thomas Lundy
May 21, 2021

Surrounding the sites of long-uninhabited villages, dotted along the winding salmon-spawning rivers and marine inlets of coastal B.C. and shrouded by tall western hemlocks are the remnants of the lush, life-giving gardens of the Coast Salish and Ts’msyen. Once planted as bountiful food sources to entire communities, the gardens included a diverse array of fruits, nuts and berries. But they fell out of use when Indigenous communities were devastated by European disease and colonization. One hundred and fifty years later, they may be hard to find — but they are far from gone, far from forgotten.

When an archaeologist gets to an excavation site, the first thing they do is strip the ground of vegetation, clearing the area to begin digging. They’re in search of tools, relics and other manmade objects. They rarely pay attention to the plants.

To Armstrong and her team, however, plants — and their historical relationship with human communities — are a key study area that helps answer bigger societal questions around Indigenous rights and titles, climate change, and resource use and management.

One example of this relationship — forest gardening — has been known and practiced in some form by Indigenous groups around the world since prehistoric times. Scientists are beginning to realise that a lot of forests that were often seen as wild aren’t. This understanding is thanks to Indigenous communities that retain the knowledge that these forests were, and are, often managed places, according to Armstrong.

“People used to think of the Amazon as a completely wild, pristine place,” says Armstrong. “But we now know that the majority of the Amazon is a result of anthropogenic activity.”

With this in mind, Armstrong turned her eyes to the forests of B.C.

Armstrong had been searching for these forest garden sites for years — building on the decades of extensive work done by ethnobotanist Nancy Turner — and as a result, confirming their existence didn’t come as a surprise. It was, however, a wake-up call to others in her field.

“In fact, that led them to think ‘maybe I have this going on at a site I'm working at,’” says Armstrong. “That was big for archaeologists.”

Armstrong and her team recently released a study confirming the presence of 15 forest gardens across B.C. (although only four of the sites’ locations can currently be shared) composed almost entirely of food trees and shrubs.

And the list of sites is growing, according to Armstrong — four more were added last summer, and she expects to find more. They vary in size — from a couple of football fields to a square kilometre — and some are more intact than others, though encroaching conifers are a constant nuisance.

Yet, 150 years later, the gardens stay resilient. Though they have been left untended for all this time, the conifers still struggle to break through. And the benefits of the gardens on the ecosystem can still be felt — surprising, as most gardeners in the province will tell you it usually only takes 10 to 30 years for a conifer forest to take hold after a disturbance. With this resilience also comes a nurturing quality. Armstrong and her team found that the gardens were more than twice as likely to be inhabited by animals and pollinators.

Armstrong describes the gardens as simultaneously very dense and very open. The traces that remain today paint a vivid picture of what the gardens once were — a mix of both shade-tolerant and intolerant species occupying several niches. In the top layer, a spotty canopy of crabapple and hazelnut — once in a while, perhaps a birch or a maple. Then, a lower sub-canopy of vacciniums and rubus — berry plants — and then a lower layer of root foods. The plants are well spaced and easy to navigate through — far from what you’d expect of a wild forest.

“When you think of these vast conifer forests of the Northwest,” says Armstrong, “these are like little grocery store patches for a number of animals.” 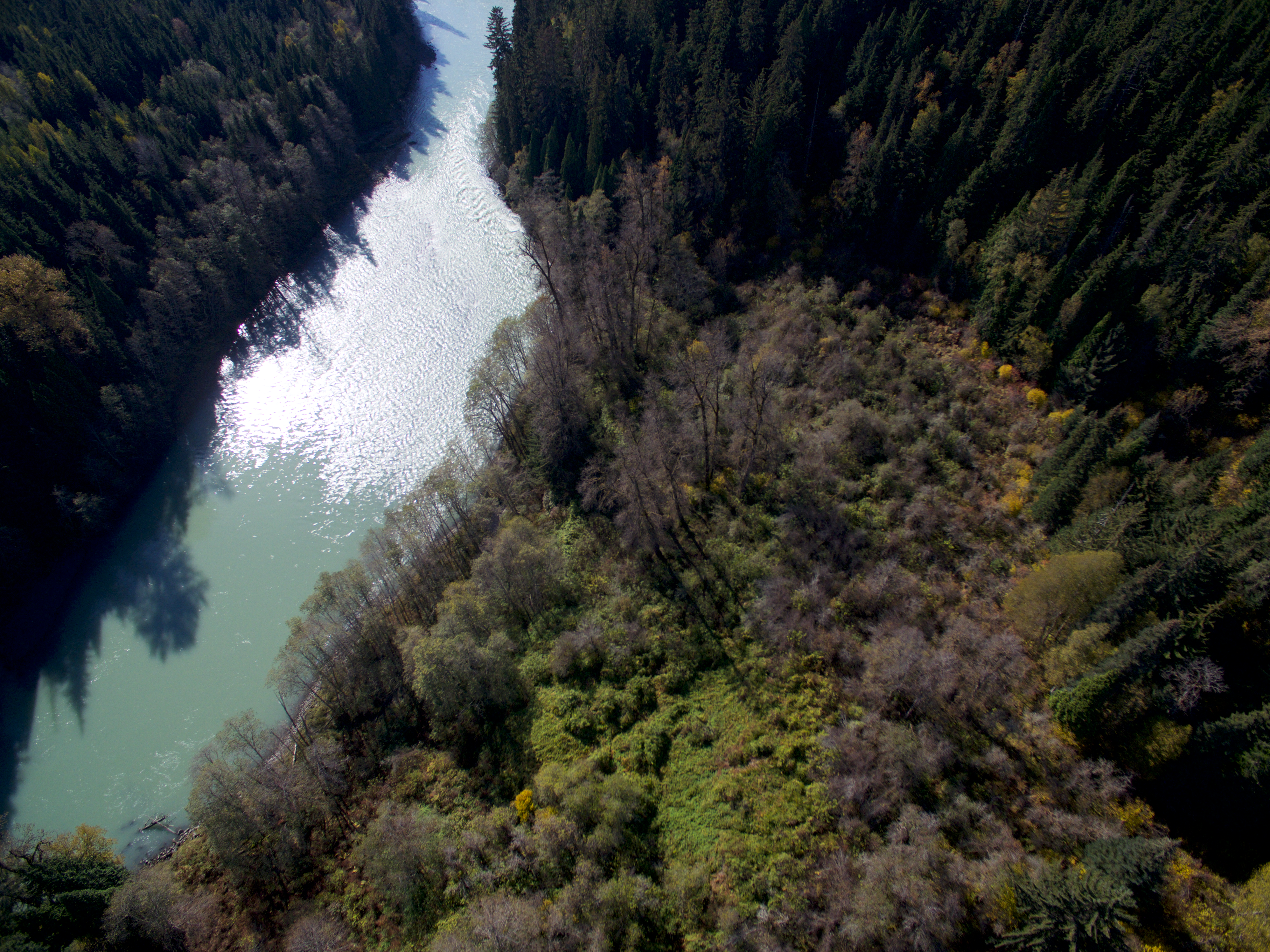 The centre of a community

Willie Charlie, or Cha’qua’wet, is the chief administrative officer and chief negotiator of the Sts’ailes, a sovereign Coast Salish First Nation. To him, the forest gardens aren’t a new discovery, but something he’s been hearing about for a long time from his ancestors and relatives. Gardens in general remain a large part of Sts’ailes culture.

“When I was growing up, both my grandfathers and my father had massive gardens,” says Charlie. “We're a communal people, and there's certain people whose role it is to look after the garden. Everybody has their place.”

The gardens would contain traditional foods, plants and medicines that Charlie describes as soul food. “It feeds the spirit of who we are as a people.”

Food, and therefore the gardens, are integral to Sts’ailes community. As such, great care is taken in tending the gardens.

“You have to put the feelings into the fruit, you have to put love into the food, because that's what you're giving to all of the people on behalf of the host family,” says Charlie.

The way forest gardens of the past were tended reflects the Sts’ailes value — what Charlie calls an agreement — to look after the Earth so that the Earth looks after the people in return. The fact that the old forest gardens recently discovered by Armstrong and her team are still providing is a testament to the effectiveness of the stewardship of the Sts’ailes, other Coast Salish, and Ts’msyen peoples. Both Charlie and Armstrong believe it's something we as a wider society can learn from.

“That, for us, is really important,” says Armstrong. “It's a huge conversation we're having globally; how do you feed people and enhance biodiversity? We've got this little microcosm here that's showing us you can do both.”

“It’s about time we look after Mother Earth,” says Charlie. “She's looked after us.”