Searching for Sasquatch, finding ourselves

In a new book, journalist John Zada explores the evidence for Bigfoot and why we want to believe in the unexplained
By Alexandra Pope
September 20, 2019

In 2012, Toronto-based journalist John Zada travelled to British Columbia’s Great Bear Rainforest to write about the up-and-coming wilderness tourism destination. But while there, he caught wind of a different kind of story: tales of a monstrous apparition on the edge of a youth camp near the town of Bella Bella, rumoured to be the mythical wild ape-man hybrid known in North America as Sasquatch or Bigfoot.

The alleged sighting reawakened Zada’s own childhood fascination with the creature — known elsewhere in the world as the yeti or yowie — and sparked a multi-year quest to understand the allure of the legend. Is the Sasquatch a lost species of hominid, so rare and intelligent that it has so far been able to evade the best efforts of science to identify it? Or is it an archetype, a symbol of humanity’s enduring connection to nature in spite of the distractions of modern civilization?

In the Valleys of the Noble Beyond, out now from Greystone Books, chronicles Zada’s attempts to answer these fundamental questions as he travels through the world’s largest coastal temperate rainforest. Zada interviews coastal First Nations, backcountry guides who claim to have encountered the creature, and eminent “sasqualogists,” and delves into scientific research on human perception and imagination. Ultimately, though, in the tradition of the best unsolved mystery stories, the conclusions are left up to the individual reader.

On his childhood obsession with the Sasquatch

At a young age I discovered the books of John Green. He was from Harrison Hot Springs, B.C., and he wrote these books about Sasquatches that were compendiums of sightings and stories by people all over the province. I think what grabbed me about the subject — apart from the fact that I was a kid and kids are generally fascinated with amazing, crazy, supernatural stories — was the landscapes they described. I grew up playing in a ravine in suburban Toronto, and I had a fascination with mountains and forests and glaciers. The notion of a giant, hairy humanoid living in these magical landscapes really appealed to me.

On approaching the subject with an open mind

The book is less a quest to determine whether there is or isn’t a Sasquatch than it is a discussion about why we’re drawn to the Sasquatch and what we’re actually pursuing when we pursue the creature. It’s about my desire to believe, and about everybody’s desire to believe. What are our deeper motives? In order to go deep into that, I had to really engage the believer side of me. I didn’t want to pretend that I didn’t have a childhood interest in it; it’s part of the story.

On how geography shapes Sasquatch myths

The Great Bear Rainforest is a place of unfathomable beauty and ecological diversity, almost to the point where it has a kind of magic to it. I think it’s easier to imagine the creatures in that environment. Maybe it’s such a powerful environment that it even plays tricks on us. If people see Sasquatches, it might be the brain’s way of creating a personification of that high frequency of nature that we would describe as ineffable or transcendental. Of course, the Sasquatch researchers would say it’s simply that the animals are extraordinarily intelligent, highly elusive and require a very complex ecosystem in order to obtain their sustenance and survive, therefore they tend to be in the places that are most remote from civilization. 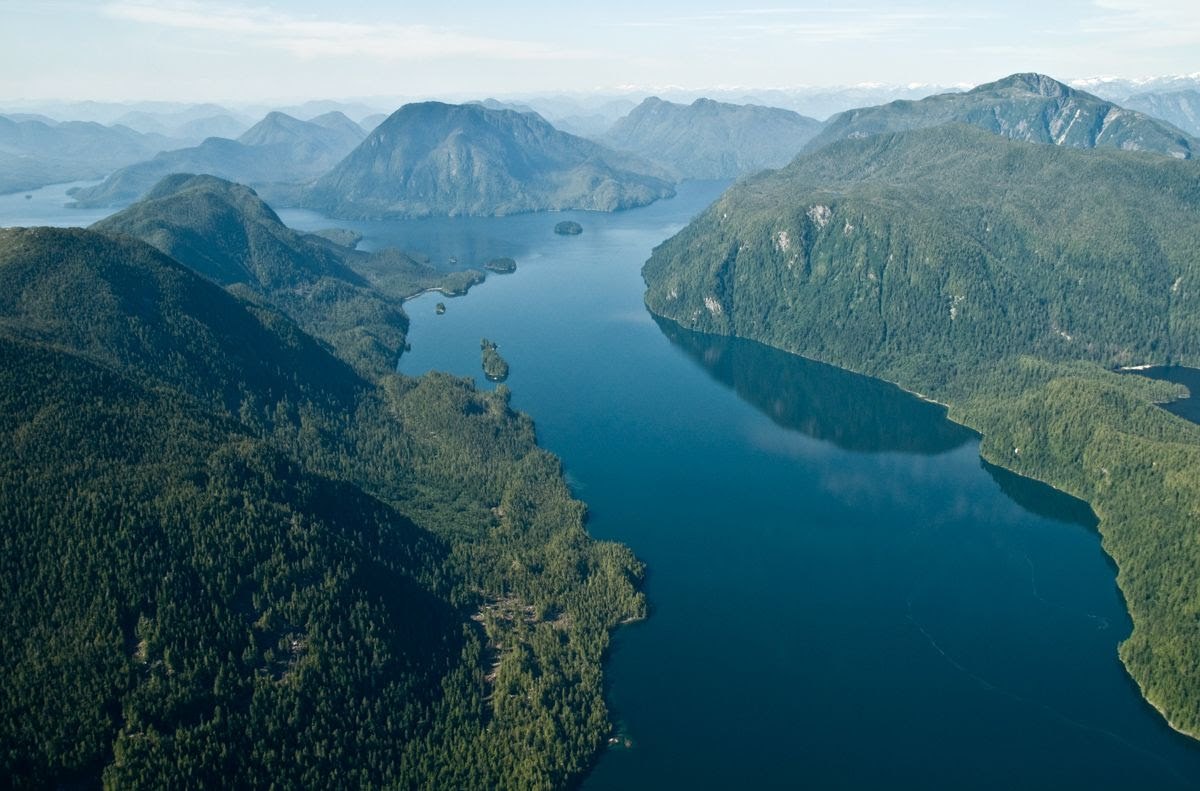 The Great Bear Rainforest: The kind of landscape that could support a wild man-ape hybrid — or inspire visions of one.
(Photo: John Zada)

On the symbolism of the “wild man”

The Sasquatch/yeti/yowie is essentially a universal human archetype that embodies the wilder aspects of our being as a race and our link to the wilderness. I think we identify with that symbol on some level because we used to be like that. We used to live in a similar manner and perhaps even appear in a similar manner. The 21st century, with all of its technology and mechanization and digitization and concrete, has distanced us from nature and the wild, but I think we still revere it and feel this impulse to reconnect with it, and that causes us to want to believe.

On Indigenous perspectives on the Sasquatch

The First Nations living on the northern and central B.C. coast have Sasquatch-type beings in their traditional stories — creatures with names like the Dzonoqua, the Bukwus, the Thla'thla or the Sninik. Their role and significance varies from community to community. In some places they’re harbingers of ill will and malevolence, and you want to avoid at all costs seeing one or looking into its eyes because it could lead to paralysis or death. Sometimes it’s interpreted as a kind of blessing; if you see one it’s meant to tell you that you are at a point in your life where you need to make a change. In other places they feel it is a kind of steward of nature and the forest, the keeper of equilibrium in the natural world. I don’t think these ideas are fully appreciated in their richness by outsiders. Researchers or believers will often point to them as a way to prove the existence of Sasquatch, but they don’t appreciate that these figures are part of a very complex storytelling system with a deeper purpose and an often supernatural significance attached to them.

I would say that I went into this adventure more hopeful and open-minded toward the existence of Sasquatches. It was only when I got into the research on human perception and cognition that I really began to see how this phenomenon could be a product of our faulty thinking and perception. We make so many mistakes, whether we realize it or not, in our assumptions, in the way we interpret the information fed to us by our senses. But I would speak to these very credible witnesses — hunters and fishermen and people who really know the land — and find it hard to see how they could have misperceived what they saw. Then, when I’m in the city and I’m distant from the subject, it can sometimes feel unlikely.

On the “Noble Beyond”

The title stems from a moment where a resident of the Great Bear Rainforest kind of scolded me for my either/or, black-and-white approach to trying to decide whether there is a Sasquatch or isn’t. He said “you’re missing the point.” The Noble Beyond is this place of magic and mystery and serendipity and metaphor where a million possibilities exist, including the Sasquatch — and you’re never going to know if it exists or not. That was the moment where my journey made a hard turn and I started to go in search of the meaning of the Sasquatch. The Noble Beyond represents for me the in-between zone, the grey area between poles, between positions, between “exists and doesn’t exist,” where I think the most interesting discussions and arguments about the Sasquatch lie. 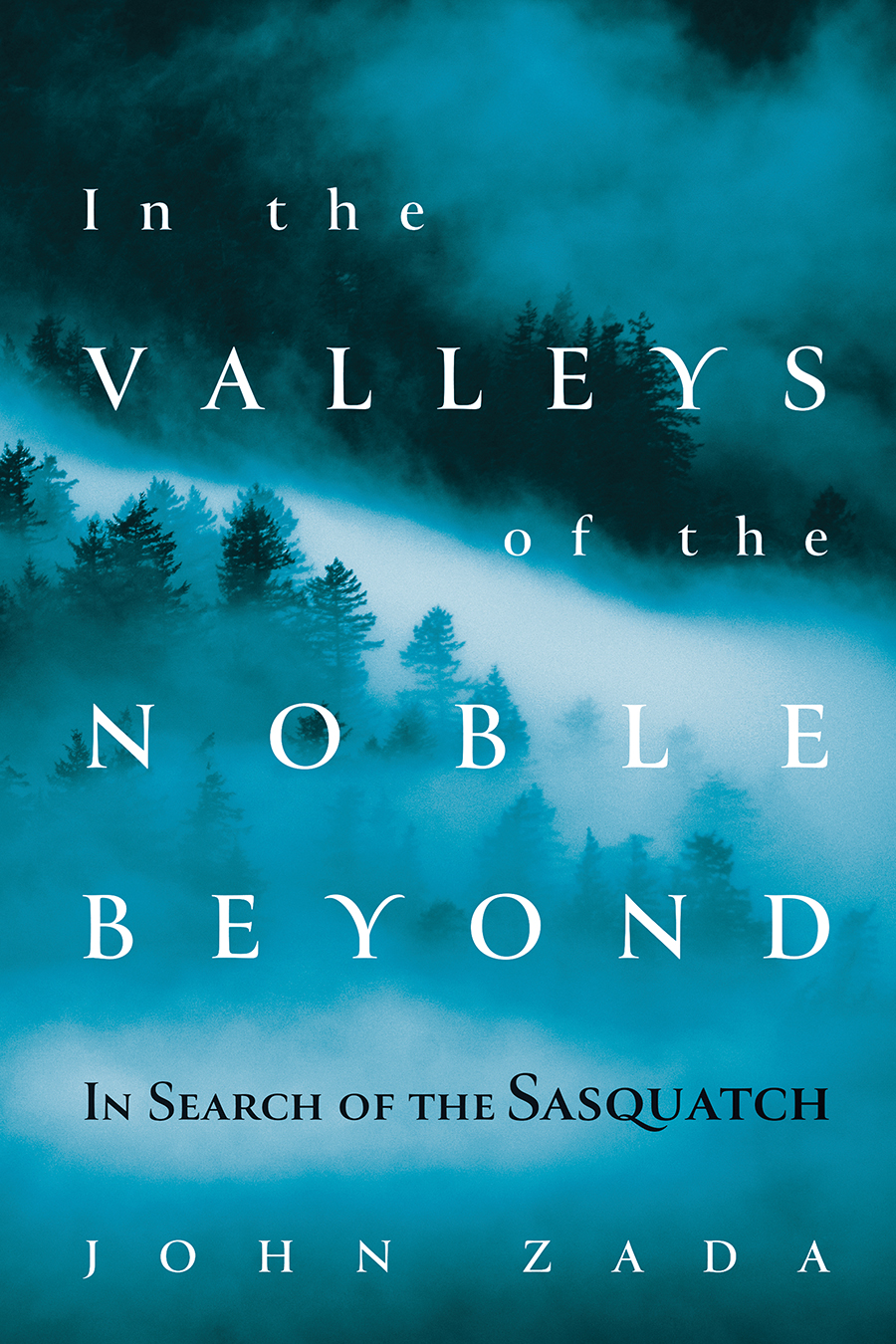