The Earth’s ever-changing physical geography has intrigued humanity for centuries, with scientists working to explore the history of ancient landforms and how they diverged to form the continents we know today. Now, researchers in Canada can add a new piece to this puzzle.

During a diamond exploration project on Baffin Island, geologists extracted rock samples that scientists at the University of British Columbia soon realized were particularly special, as they revealed new information about one of Earth’s ancient continents. Though they were discovered by chance, these samples now have significant scientific implications.

Other ancient continents have their own unique properties, such as an abundance of gold found within the Superior craton that covers Ontario, Quebec, and part of Manitoba.

Cratons are interior, stable fragments of a continent composed of ancient rock that act as “anchors” to the continental blocks around them. The North Atlantic craton’s continental plate broke into fragments 150 million years ago, stretching from Labrador to Greenland and even Scotland. The discovery of the North Atlantic craton fragments on Baffin Island means the ancient continent is actually 10 per cent larger than previously thought, says University of British Columbia geologist Dr. Maya Kopylova, lead author of the research study published earlier this year.

“[This discovery] is so understandable to the public and so easily recognizable as a milestone, so that’s why it feels so good,” Kopylova says, explaining that oftentimes complex research on rocks and minerals can be difficult to explain to the public.

“We’ve basically added one more piece to the puzzle.” 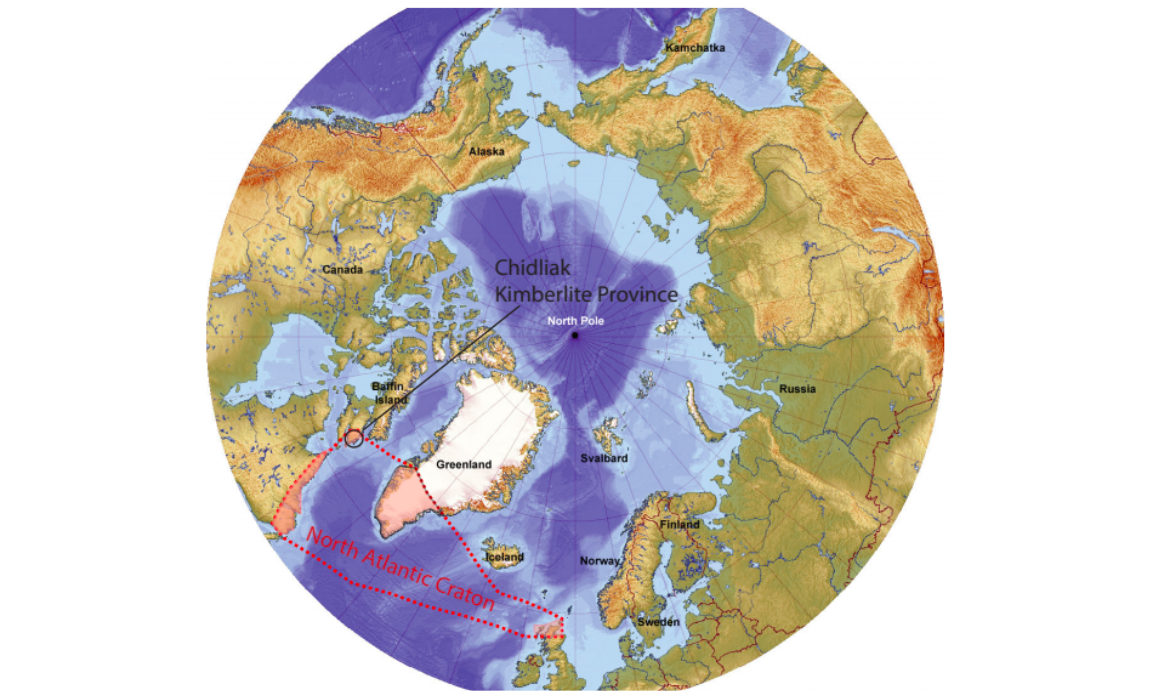 The rock samples were extracted in 2014 by geologists working with the company Peregrine Diamonds in the Chidliak kimberlite province, an area of Baffin Island known to be rich in kimberlites. The drilling process is very expensive, which makes these samples especially valuable, Kopylova says. “It’s really a unique collaboration and unique chance to be able to study these samples.”

As kimberlites are formed 150 to 400 kilometres below the surface, this is also the first time scientists have been able to understand Earth’s ancient continents at such a depth. This fragment was formed at a depth of 200 kilometres, Kopylova determined.

These deeper “mantle” rocks can tell us more about the temperatures and gasses that are present at such depths, which can then help us understand the makeup of our planet and its history, says Kopylova.

Previously, scientists have only been able to reconstruct the shape and movement of old plates, such as the ancient supercontinent Pangea. This knowledge has been based on shallow rock samples collected no deeper than 10 kilometres.

But now, scientists have a deeper knowledge of the North Atlantic craton — literally.

“I want to stress that what we did was done for the first time globally,” says Kopylova. “Now, we can go deeper. We can do more than just reconstruct the shapes of these continents.”