The voters have spoken! (And we agree.)
By Nick Walker
May 8, 2019
Three massive plains bison graze on wild Saskatchewan Prairie on the cover options presented for the upcoming July/August issue of Canadian Geographic. This cover vote (held each issue to solicit feedback from our followers) didn’t provide a wide selection of Canadian species and landscapes, but the subtle differences in the bison options certainly brought out the artistic sensibilities of our readers.

The July/August issue cover options. Option #1 took 53 per cent of the vote, with #2 and #3 earning 14 and 32 per cent.
They weighed in with impressions on the composition of the photos and the stance of the shaggy mammals, compared the visibility, depth and colour palettes of the grasslands landscapes and discussed how certain lights seem to accentuate the animal’s power. In the end, the majority (53 per cent) of voters chose the head-on bison (a shot taken in Grasslands National Park in 2018 by Can Geo Photographer-in-Residence Michelle Valberg). A few readers decided this particular animal has a knowing, almost protective look — and appears to be the most “in control of his surroundings.” Also, a surprising number of comments noted that the side-on views reminded them too much of the United States’ famous buffalo nickel, struck until the late 1930s and circulated long after. We wouldn’t consider that comparison a deal-breaker, but we’re always keen on direct and dynamic eye contact, which is proven to draw in the onlooker and create feelings of connection.
And for a story about grasslands — the most endangered ecosystem in the world — perhaps no animal evokes more of a sense of history and hope for recovery from near extermination than the plains bison, which disappeared from this ecosystem for 120 years, until a reintroduction program brought them back to the Grasslands National Park region in 2005. Let’s hope there are more such success stories to tell about the Prairies in the future.
If you don’t already receive our cover vote email but want to, sign up for the Canadian Geographic newsletter. And if you’re not a subscriber already, be sure to get your copy of the July/August 2019 issue of Canadian Geographic by subscribing today. 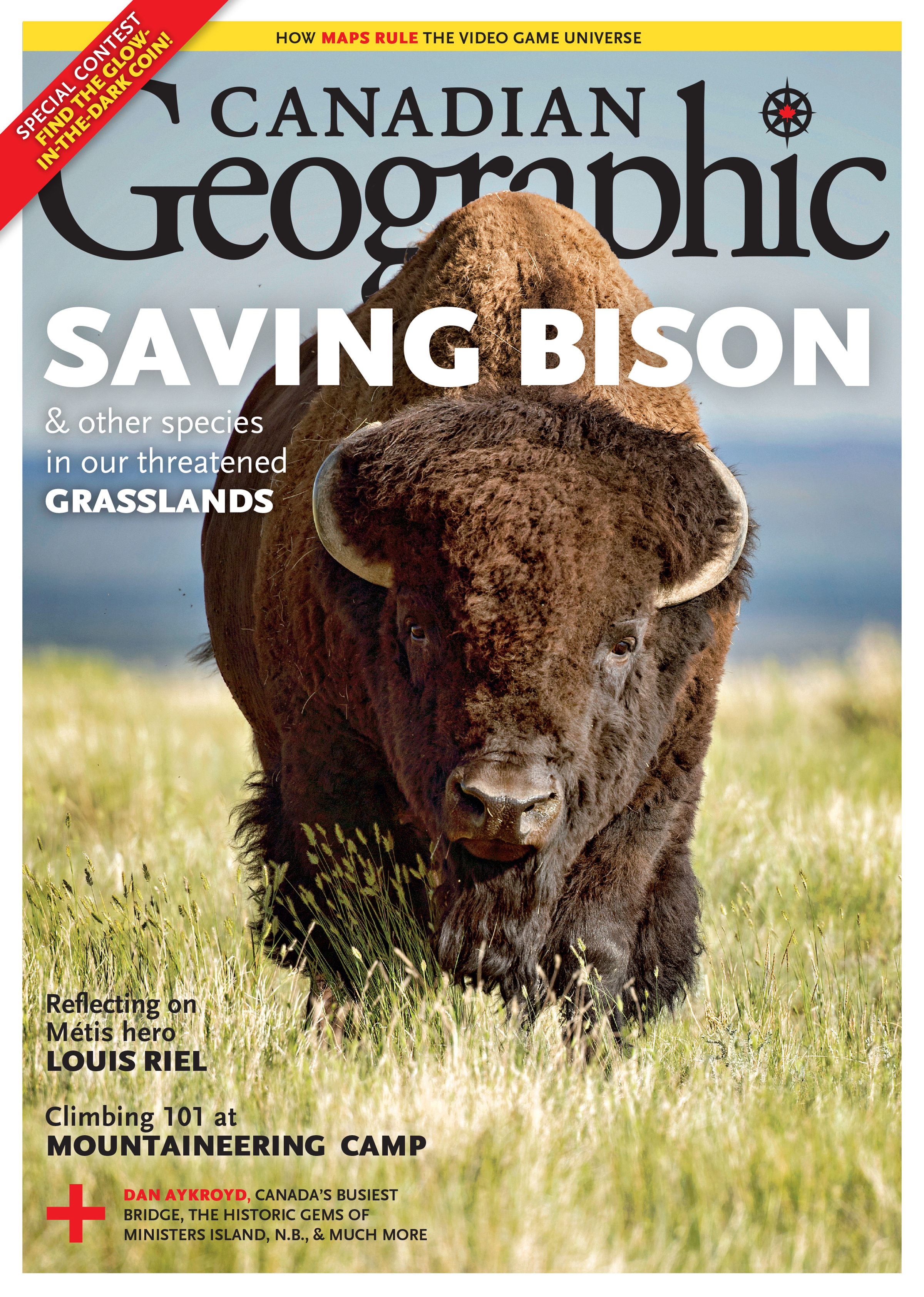 The winning cover for the July/August 2019 issue. Can Geo Photographer-in-Residence Michelle Valberg captured the image in Grasslands National Park in 2018.