Returning calcium to lakes and oceans, one seashell at a time

An 18-year-old environmentalist from Hamilton, Ont. is gaining recognition for her experiments using pulverized seashells to lower the acidity of ocean and lake water
By Samantha Pope
March 19, 2020

As 11-year-old Isabella O’Brien plunged into the cool blue waters of the Caribbean Sea with her scuba-diving gear, she peered around. There were beautiful spots of shimmering, vibrant coral, but also patches that were grey, dull and dying, she recalls. Usually, divers pass over these spots, looking for the most colourful parts of Gonzalo’s Reef, a popular dive spot in Akumal, Mexico. But O’Brien couldn’t ignore them.

It was during that trip seven years ago that O’Brien says she became inspired to help tackle the issue of ocean acidification—a big reason for the ongoing destruction of coral reefs and other ecosystems in Canada and across the globe.

This increased acidity makes it more difficult for corals to produce their skeletons, and for many other species that rely on calcium to build their shells.

“When you start to lose things at the bottom of the food chain like mussels, clams and oysters, it affects the entire food chain,” says O’Brien.

Now 18, the environmentalist from Hamilton, Ont. is gaining recognition from the scientific community for two science fair projects using recycled seashells to return calcium into oceans and lakes. In her first project, O’Brien pulverized equal amounts of mussel, clam and oyster shells, then applied them to test solutions of seawater to observe whether the addition of calcium carbonate could effectively bring down the water’s acidity over the span of 12 weeks.

“My results show that the addition of the shell powder to the acidified seawater not only slowed down the degradation of shells, but it also helped to stabilize the pH levels over time,” she says.

Though her project was done on a small scale using dozens of mason jars, O’Brien says it might be possible to create protected ocean areas and slowly return calcium to them using this method.

“What I found ... is that it ended up requiring a lot less calcium than I had initially expected to lower the acidity. It indicates this process probably wouldn’t require a large volume of shells,” she says.

Shells are ideal for this purpose not only because of the abundance of calcium they contain, but also because six million metric tonnes of shell waste is produced globally each year by the seafood industry—the majority of which simply ends up in landfills.

“When I found out that we were producing this much waste every year, I thought, ‘Well this seems like such an obvious answer,’” says O’Brien. “Since we are already having a problem disposing of shells, and we have this problem of ocean acidification, it is kind of solving two environmental problems at once.” 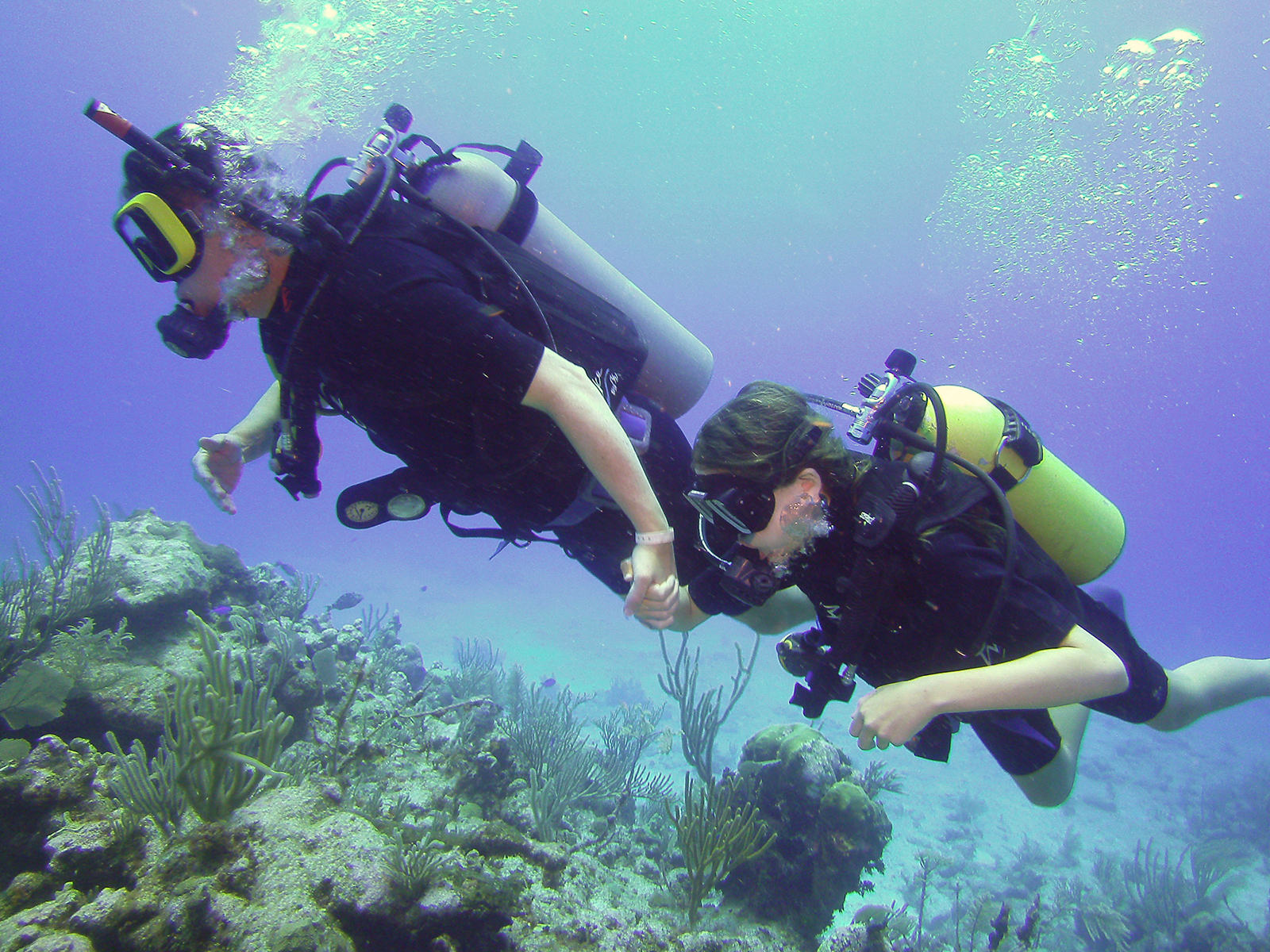 For her second project, O’Brien tackled a similar issue on a local scale: bringing calcium back into freshwater lakes in Ontario. Using the same method as her ocean acidification project, she was able to demonstrate that pulverized shells increased calcium levels in lake water samples she collected.

Globally, many freshwaters have low concentrations of calcium, according to a 2019 study by Uppsala University in Sweden. In particular, lakes on the Canadian Shield have calcium concentrations that are “critically low for growth, reproduction and survival of [calcium]-demanding organisms” like mussels, snails and zooplankton, which can then affect species that eat them like fish and birds.

The low amount of calcium on the Canadian Shield is due to geography, explains Dr. Gesa Weyhenmeyer, lead researcher on the Swedish study. Historical glaciation in Canada resulted in thinner soil, leading to a smaller buffering capacity—meaning the amount of acid or base that can be added before there is a change in pH.

Because of this, the soil in the region is more sensitive to acidification, leading to a decline in calcium that extends to the lakes. O’Brien’s approach, Weyhenmeyer says, can help return calcium to lakes.

“You are putting back what was already in there,” Weyhenmeyer says. “You aren’t taking something from the outside. So if you recycle [the shells], it’s a good attempt to bring back the calcium.”

Calcium is essential to the survival of water fleas, daphnia pulex, that can be found in Ontario lakes. These arthropods build their exoskeletons with calcium, and can struggle to reproduce in low-calcium environments.

“When the daphnia start to disappear, it has a full effect up the entire food chain,” says O’Brien. “Toxic algae also begins to bloom, which are usually eaten by the daphnia. So with their disappearance, this algae takes over lakes.”

As with her ocean project, O’Brien conducted her freshwater experiments on a small scale, though she has some ideas for how the process could be done in an actual lake, such as applying crushed shells to the soil, dropping the mixture from the air by planes, dispersing it by boat, or placing it on the ice during the winter to let it melt into the water. 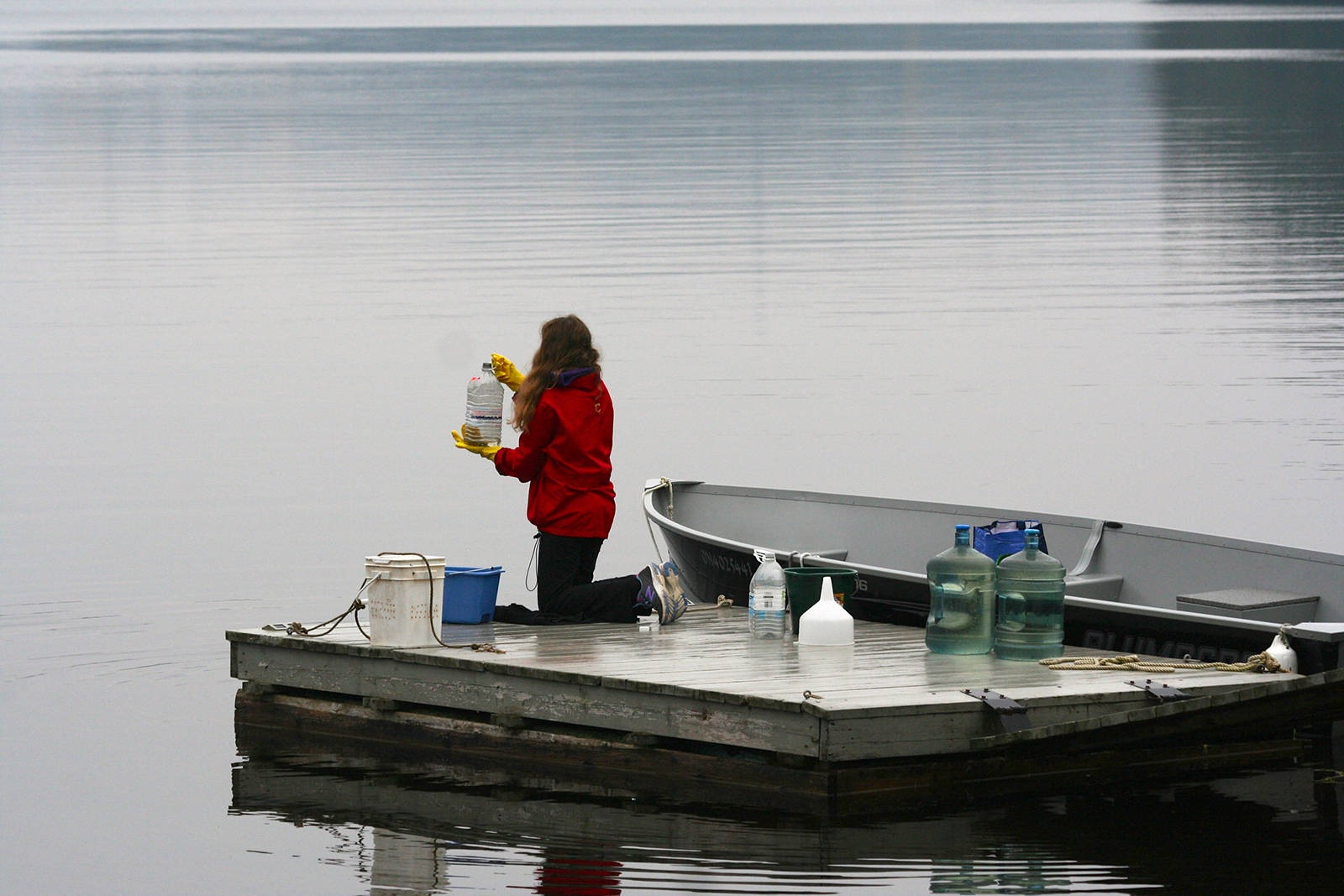 Some organizations, like the Friends of the Muskoka Watershed, have already attempted to return calcium to lakes through projects of their own. The organization launched Canada’s first residential wood ash recycling program, taking wood ash and sprinkling it in test plots in Muskoka’s maple sugar bushes. This enhances the health of both trees and lakes, according to Norman Yan, chair of Friends of the Muskoka Watershed.

Yan acted as a scientific advisor for O’Brien’s lake calcium project three years ago, and says he holds her in very high regard. Using pulverized shells to help return calcium to lakes makes sense in the Maritime provinces, where oyster shells are readily available, he says. In Ontario, on the other hand, using wood ash to help return calcium to lakes and forests is proving effective.

“Everything is connected,” he says. “We’ve been depleting the soils of Eastern North America by acid rain for half a century. It’s time to start behaving like gardeners and bring those nutrients back.”

Inspiring the next generation

Now a student at the University of Southern California, O’Brien says she has decided to focus her studies on environmental politics.

“I’ve found that for so many of these environmental issues like calcium decline, we have different solutions available, but we are not having them implemented in policy,” she says.

She says she hopes to be able to inspire youth to also take action on environmental issues that are important to them. O’Brien recalls a time a girl came up to her, saying she was so inspired by her science fair project that she decided to conduct her own.

“That just kind of blew my mind. To have someone my own age who read about my project and then decided to also enter a science fair project is just really exciting,” O’Brien says. “I not only inspired her, but she actually took action and did her own project. That is just fantastic.”