The Professional Association of Diving Instructors (PADI) launched a simple idea in 2015 — encourage women to gather together for a day of their own — Women’s Dive Day. In communities all over the globe, women organized charters, cleanups, workshops, and events. They set records, supported charities, and brought new friends to the sport. Over five years, thousands of events have taken place in nearly 200 countries. This year, the global pandemic may limit physical gatherings, but the sentiment is still strong. Digital presentations and online hangouts will mark the occasion until we can all swim together again.

Over the years, I have been asked, “Why do we need to mark a day just for women?” Some men (and women to be fair) have told me that they think events such as this and organizations like The Women Divers Hall of Fame do not help the cause of equality. I’ve explained time and again that these events and organizations are not intended to be divisive. They lift women with opportunities and confidence to pursue equal opportunities within the sport. They also shine a light on the long-held institutional gender bias seen in equipment design, corporate leadership positions, and job opportunities.

In the 1950s, scuba diving became accessible to the general public and at first was heavily influenced by the male-dominated military. We speak with nostalgia about Lloyd Bridges, Navy Frogmen, and Captain Jacques Cousteau – yet rarely mention Zale Parry, the heroine of Sea Hunt, and one of the first women to engage in technical deep diving. When I started diving, sexism was rampant, both through overt actions and unintentional bias. When women were included in the proceedings of important conferences, it was at seminars with derisive names like, “Tekkie La Femme,” or male-moderated panel discussions like one at a national conference entitled, “Should Women Cave Dive?”

In those days, it was hard to be taken seriously as a diver when we were always separated from men and deemed as “cute” in our efforts to be involved in the extreme end of the sport. At the time, I chose to turn frustration into action, and with my diving colleague Patty Mortara, created a magazine called Women Underwater.  For a few years we ran the publication as a labor of love. A magazine about the accomplishments of women in a male-dominated activity couldn’t really gain traction and become self-sufficient in the late 90s, so after a few years, the Women Underwater bank accounts ran dry. Even without the platform of a progressive quarterly publication, Patty and I vowed to support efforts to increase women’s participation in diving. In 2000, we were both inducted into the inaugural class of the Women Divers Hall of Fame, an organization created to celebrate accomplished women and support the next generation through scholarships, training grants, and mentoring opportunities. The pioneering WDHOF members  made their mark in conservation, military leadership, education, and scientific research. 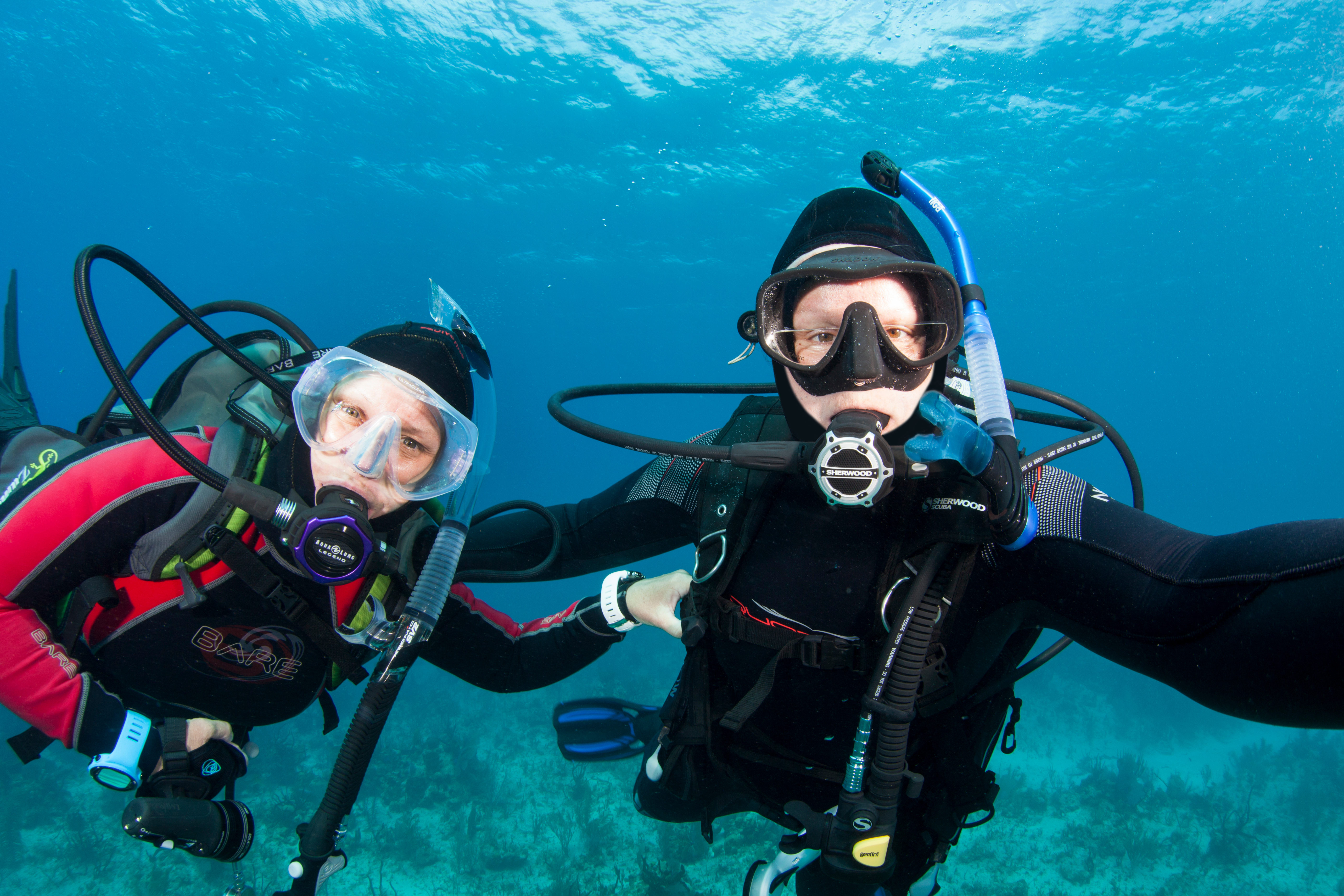 In the same year that Women’s Dive Day was established, I published a lengthy cover feature for DIVER magazine. The provocative title, “Sexism Alive and Well in Scuba Diving” was sure to stir controversy and has become the widest-read article in the magazine’s history. My goal was to be objective and informational for all readers, and affirming for women who had experienced misogyny firsthand. As I heard from interviewees, their stories broke my heart; accounts that included harassment, discrimination, and even criminal behavior. As one woman put it, she tolerated the sexism because she didn’t want to be labeled as a diving “Feminazi” — a derogatory term for strong, committed women popularized by American Conservative radio host Rush Limbaugh.

I read testimonials of women who were being held back in training and career advancement, feeling invisible, and given the silent treatment at dive shops. A few women nervously reported intimidation from male divers, boat captains, and store owners. I listened to sexual groping accounts and general workplace harassment; a pattern made even more intolerable by a lack of professional opportunities and severe pay inequality. The stories were visceral, and some of these women had never before shared these truths openly.

As a result of this culture, many women seek out safe, collective experiences such as women’s dive events and social clubs. These activities are not necessarily for women only but are organized around a completely different way of enjoying the sport. These events and groups emphasize a supportive environment where a person can expect mentoring and equality.

In the end, we need to be open-minded in our understanding of sexism. Males have dominated the planet for the past five million years. Feminism is not trying to rewrite history, but instead, chart a more equitable future course. The mainstream women’s movement seeks to acknowledge the real differences between men and women while balancing power fairly. To this end, we can embrace some simple social manners. All divers should view others without pre-judging their capabilities. Don’t conclude that women are tag-alongs. We all earned the same diver certification, so assume that all divers are capable, equal team members until personal observation tells you otherwise. Avoid offensive comments and sexual remarks about your fellow divers. We all live in an increasingly public world. Anything you say in person or on social media will likely come back to you. Calling out bad behavior will help us all enforce a better social contract moving forward.

Events such as Women’s Dive Day help us celebrate individuals in our community for excellence and enjoy travel and underwater experiences in a way that uplifts all participants. Diving is a sport where shared adventures can create a lifelong bond or inspire a remarkable career, regardless of age or gender.

Read about sexism and diving.

For information about scholarships and training grants, visit the Women Divers Hall of Fame.