Reclaiming our relationship with wild foods

In her new book Feasting Wild: In Search of the Last Untamed Food, geographer and anthropologist Gina Rae La Cerva explores the loss of biodiversity and connection to nature that has resulted from the commercialization of food
By Samantha Pope
May 21, 2020

For most of human history, people hunted and gathered their food, living off a diet that consisted of wild plants and animals. Because of their reliance on various grasses, fruits, nuts, meats, shellfish and other wild foods, early societies had a deep connection to the natural world.

Today, many “wild foods” are considered expensive luxuries — think snails, crabs, oysters and game meats. They are served to the wealthy in fancy restaurants, or sold in grocery stores at high prices. As a result, many of these wild foods have virtually disappeared from North American diets today.

Geographer and anthropologist Gina Rae La Cerva explores this commercialization of wild foods and the resulting loss of biodiversity and connection to nature in her book Feasting Wild: In Search of the Last Untamed Food. She relates her adventures while visiting different cultures across the globe and exploring their relationships with wild foods, from Poland to the Democratic Republic of Congo, Maine to Borneo.

Most importantly, La Cerva discusses the ways these foods connect humans to their natural environment and what it means when we lose them from our diets. 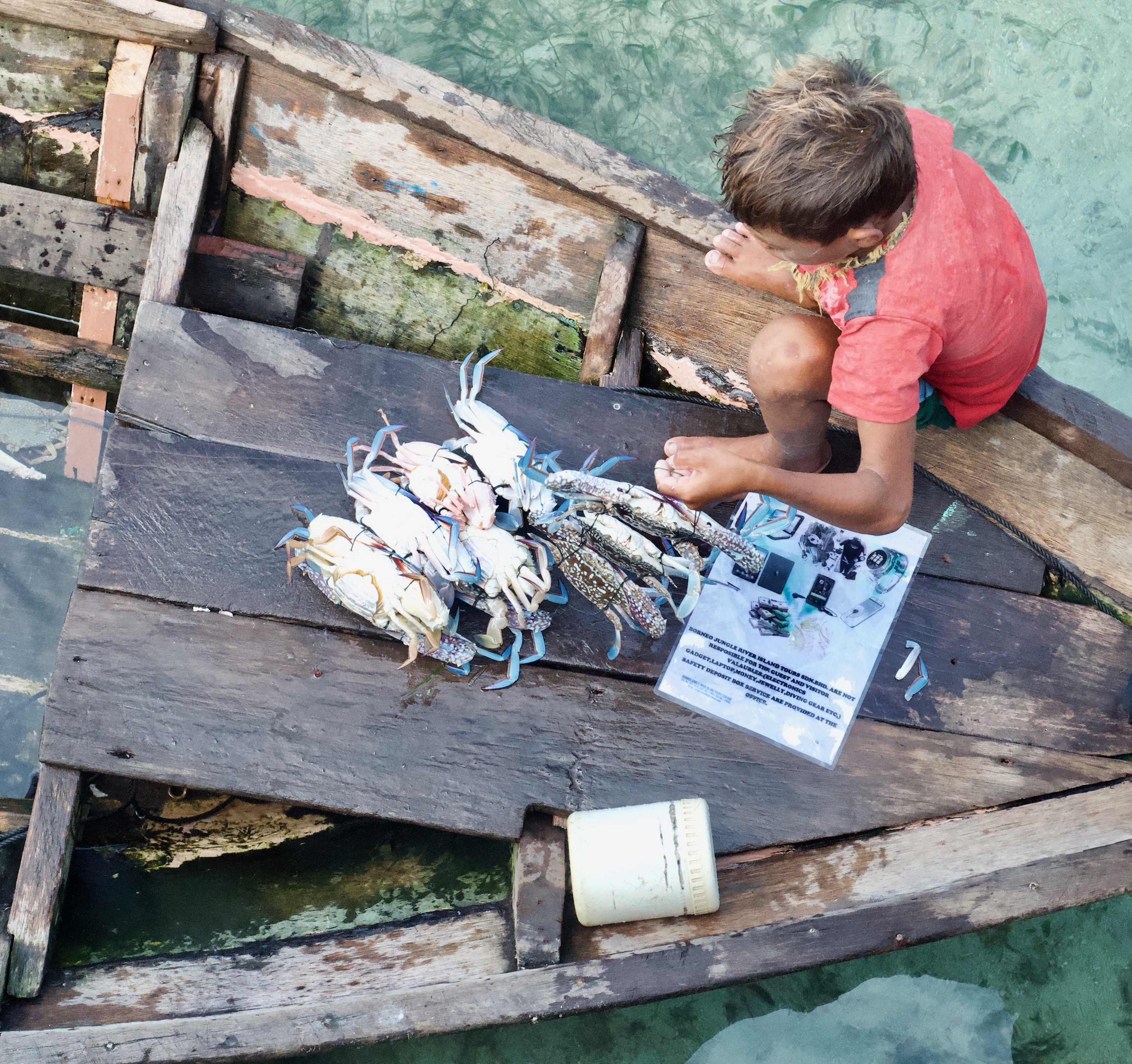 Centuries ago, people used about 30,000 different kinds of plants for food and medicine, and most were grown wild, La Cerva says. Now, our diets mostly consist of very basic staple crops, such as wheat, corn, and rice.

“Our diets used to be incredibly diverse in terms of the number of things that came from the natural world,” she explains. “People had a lot more knowledge about their local environments, and there was just a lot more open land where wild foods would be growing.”

The movement of people in the western world from rural areas to cities has transformed our diets. No longer do we have to go into fields and forests to find dinner; instead, says La Cerva, food systems have been concentrated into a few corporate hands, and the number and diversity of things people eat have shrunk.

“When you go to the grocery store and you see hundreds of kinds of sugary cereal, it may feel like you’ve got variety there, but on a basic level they are all made from the same thing: soy, corn and sugar,” she says, adding that an understanding of our place in nature is one of the things we sacrifice through this shift in food. The more our food is processed, the less connected to it we become.

“When you sit down in front of a plate of food, your meal embodies the carbon cycle, water cycle, and nutrient cycle. It is a vast array of plants and animals that have come together to create a meal,” says La Cerva. “As omnivores, we are part of this natural ecology as well but we don’t really see that. We have lost a visceral way to connect to the natural world and to understand ourselves within that fabric.” 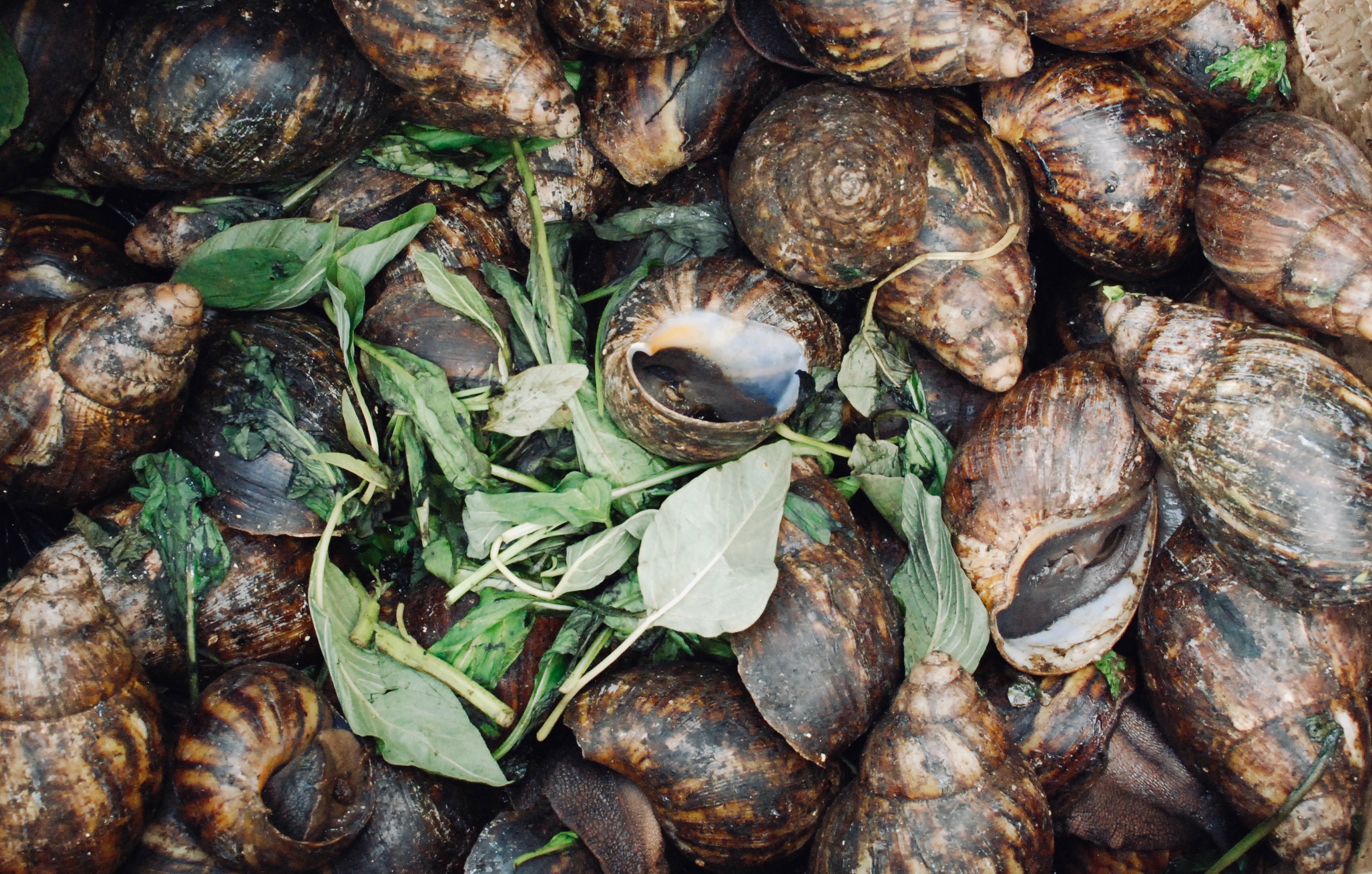 There are ways to reconnect with wild foods, starting with learning about the natural environment around you and observing how other animals interact with it. Wild nature is everywhere, says La Cerva, but people have gotten so used to it that we don’t really recognize it anymore.

Even in the densest cities, spending time looking at how animals like pigeons exist in the environment you share is a great way to start to reconnect with nature.

“The other morning I went out in my backyard and there were a bunch of dandelions. They are full of nutrients so I sauteed them up with garlic and made some fried eggs and that was my breakfast,” says La Cerva. “That, for me, felt like a beautiful way to reconnect to this sort of semi-wild, semi-urban environment that is right there in my backyard.”

As humans, our brains are wired to go out and look for things to eat, as our ancestors once did, La Cerva says. Foraging for food reduces anxiety, and makes you appreciate the value of food.

Of course, there are some challenges with reconnecting with wild nature, La Cerva says. For example, feasting on plants that grow in your backyard can be complicated for those who live in urban areas, as the soil could be polluted with herbicides and pesticides, she says.

“Also, there are not enough wild places for everyone to go back to a hunter-gatherer society, and I’m not even sure if that would be a desirable path. There have been a lot of benefits with domestication and modern agriculture.”

There is a movement toward agricultural systems going beyond organic production and instead getting into regenerative agriculture, which captures carbon, creates soil and allows for biodiversity on agricultural landscapes, says La Cerva. However, she notes the shift to organic production is complicated, and not all farmers are in a position to make the change.

But, she says, there are simple ways for urban dwellers to begin to reconnect with wild nature, starting with getting familiar with what wild plants come up in the springtime around their geographical region and some of their traditional uses.

To that, though, La Cerva adds a caveat about privilege, prejudice and protecting vulnerable places with the understanding that some people still rely on areas of abundant nature for food.

“For a long time, eating wild foods was associated with poverty because you couldn’t afford to go to the store and buy things, you had to forage and hunt,” she says, adding that even as wild foods have become trendy on the restaurant scene, that stigma still remains to some extent.

The ability to supplement your regular diet with wild foods is a privilege afforded mainly to the wealthy.

“Someone might be able to go to the grocery store and spend $50 on wild mushrooms,but for a number of people, that is not an option,” says La Cerva. This disparity will only widen as wild lands disappear.

“There are these big questions like if there is even wild nature left, or have we really impacted so much of the planet that there’s nothing that can be considered wild or pristine?” she says. “The book is about wild foods, but for me it is also about these larger questions of privilege and access and what it means to be human.

“My hope is that we recognize that we are in a relationship with wild nature.”

Feasting Wild will be available June 2 from Greystone Books.