Changes to the city’s Green Standard aimed at protecting its fragile ravine network will pose challenges and opportunities for landscapers — and could kick off a national trend
By Peter Kuitenbrouwer
November 17, 2021

Two years from now, when a new condominium project breaks ground in the tony Toronto neighbourhood of Blythwood, landscape architect Mark Schollen will face a challenge. The condo overlooks a tributary of the Don River, offering coveted views of the city’s ravine network. A new version of Toronto’s Green Standard, which comes into force in May 2022, sets strict rules for sustainability on sites near ravines. In addition to constructing a green roof and providing charging stations for electric cars (standard requirements in all new builds), developers on this type of site must plant the landscaped area with 100 per cent native plants. Not only that, but at least half of those must come from a regionally appropriate seed source. That includes all trees, shrubs and herbaceous plants.

The policy represents a major shift from past practices and is aimed at restoring and strengthening the biodiversity of Toronto’s natural areas, in particular its ravine system, which covers close to a fifth of the city.

Schollen supports the move, but does not know how he will comply.

“We have to deal with contractors to source plant material,” he recently told a gathering of landscapers and growers that the City of Toronto convened via Zoom to discuss the implementation of the Green Standard. “We get told what contractors are buying, but we don’t necessarily chase down the trucks to the nursery and make sure the stuff is local.” A landscape architecture professor noted that students know little about sourcing plants from local seeds. Many landscapers reach for the cheapest trees and shrubs, whose origins are a mystery. This new policy will require them to ask a lot more questions about plant origin. 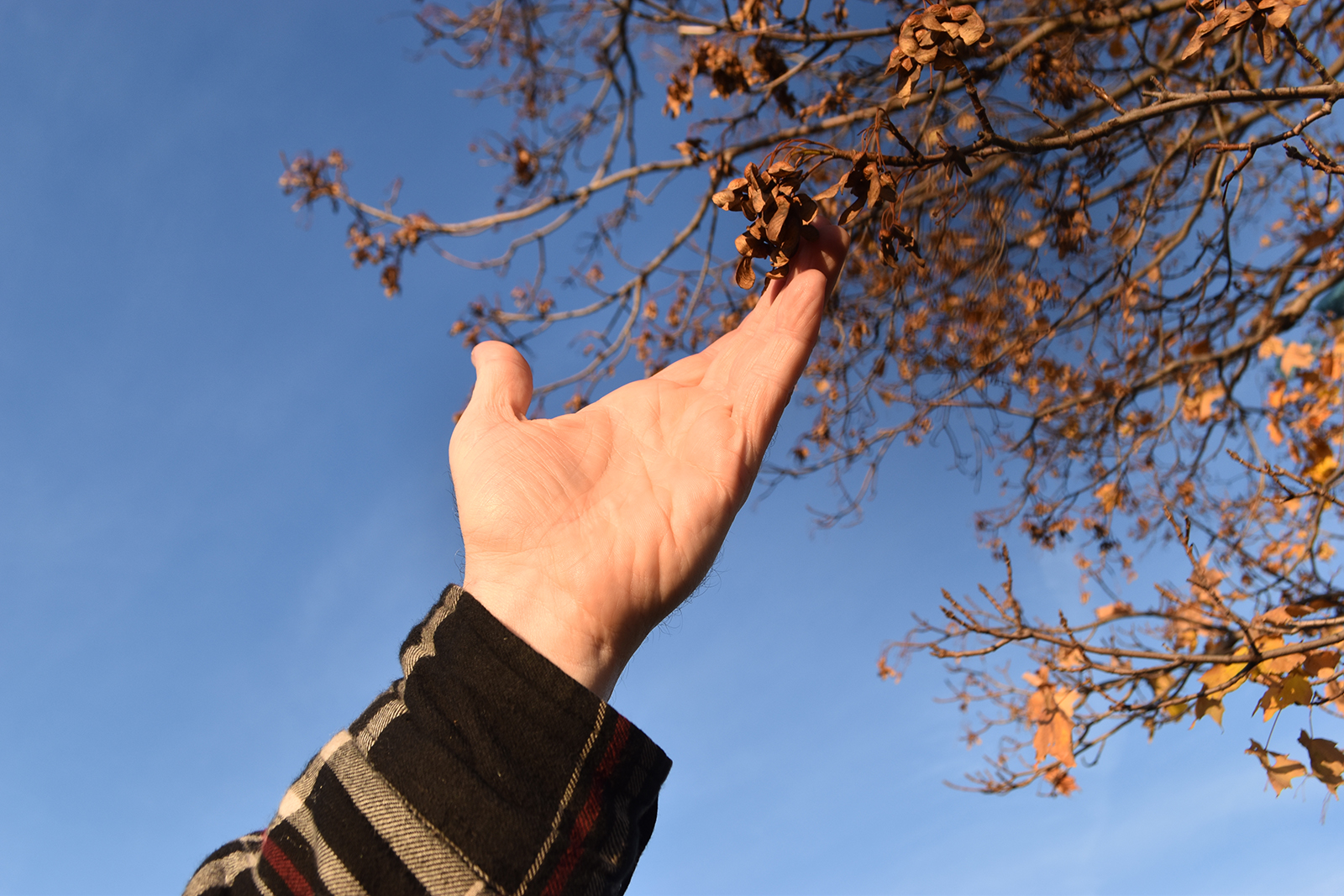 Home buyers love ravines. A typical Toronto home listing promises “Stunning Classical Gardens Overlook Breathtaking Ravine.” But as picturesque as they are, the ravines have problems. To cite one example, for years cities and landscape architects across Canada have planted Norway maple, a tough species good at surviving on the mean streets. In fact, Norway maples succeed too well, and move into parks and ravines en masse, where they shade out native plants. Caterpillars shun Norway maples’ waxy leaves, and then birds get no dinner. Thus the alien tree weakens the food web.

Toronto’s Biodiversity Strategy acknowledges that “non-native, invasive organisms pose a significant threat to Toronto’s natural systems and urban forests.” Jane Weninger, a senior planner for strategic initiatives at the City of Toronto, says, “We are in a global biodiversity crisis, and Toronto needs to do its part.”

Simply requiring developers to plant “native species” is not enough to keep out foreign interlopers, however. Tree nurseries and garden centres sell red oak trees, for example, that they grow from “liners” (15-centimetre bare-root saplings), often imported from, say, Tennessee. The acorn that grew the oak came from far south, so the tree may flower earlier than a tree grown from a local acorn. This puts the red oak out of step with pollinators. An oak from a local seed is also adapted to local threats, such as diseases. Hence Toronto’s Green Standard, which aims to promote healthy ravines by surrounding them with trees and plants “from ecodistricts that are adjacent to Toronto.”

Some tree planters already follow such rules. Forests Ontario plants millions of trees across Ontario each year; its nursery partners grow all its saplings from tree seeds collected locally. Mark McDermid, Forests Ontario’s stock and seed co-ordinator, notes that his task is easier, growing just 15 or so tree species. “For the landscape industry to source these seeds is more difficult, because they may need over 100 different species,” he says. “It's going to be a totally different way of doing business for the growers. Now they’ve got to go into the seed business, or hire tree seed collectors.”

The current seed collector base has limited capacity, McDermid adds. “They are kind of a dying breed.” The collectors, however, will soon have more work: in November, Toronto City Council approved a deal whereby Forests Ontario will supply and deliver to the city about 200,000 source-identified native trees and shrubs between 2022 and 2031. 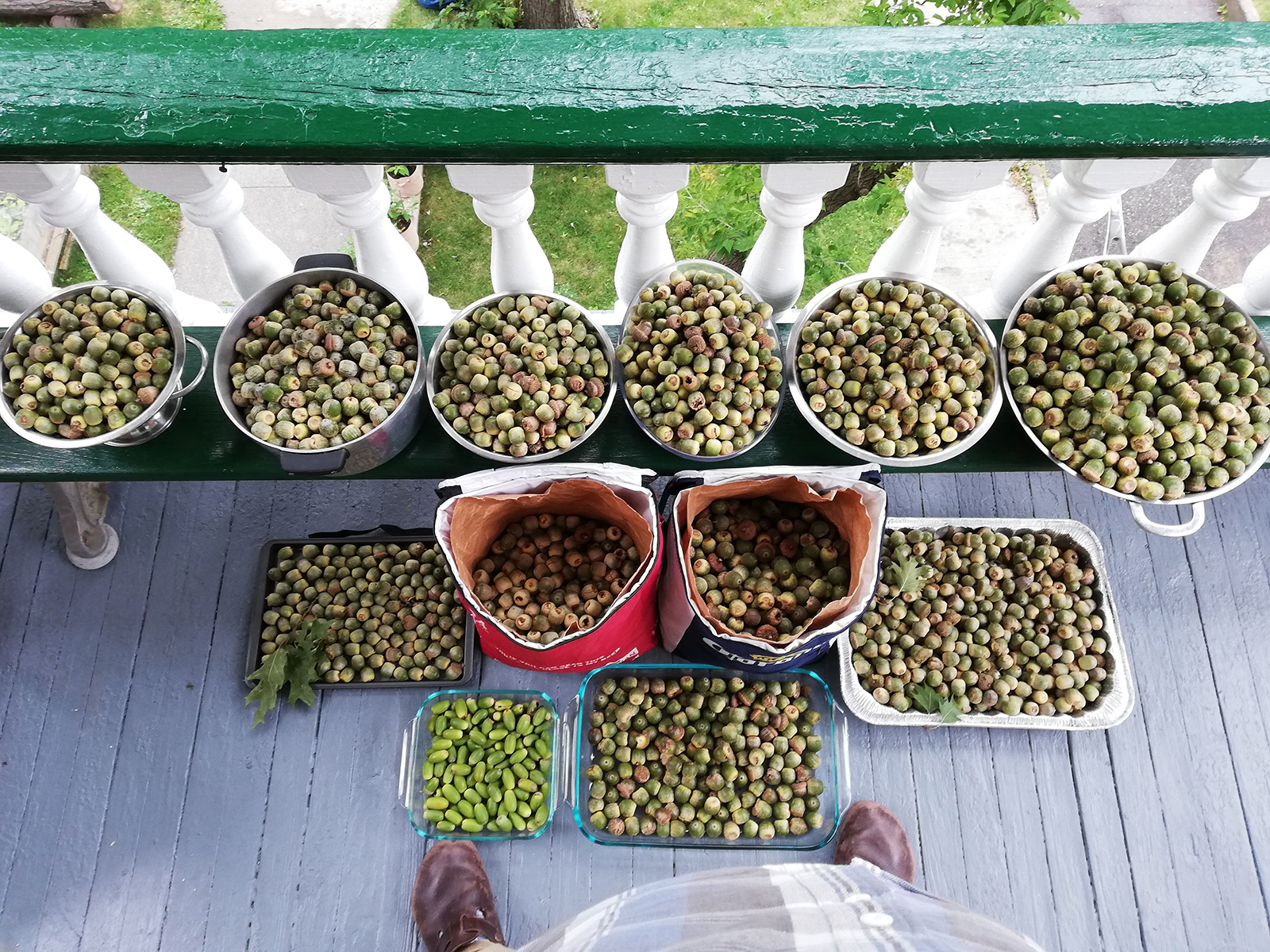 Acorns collected from oak trees in Toronto by Eric Davies, a PhD candidate in forestry at the University of Toronto.
(Photo: Eric Davies)

The millions of trees in City of Toronto parks and ravines are an obvious source of tree seeds. Some seed collectors, such as Stephen Smith of Urban Forest Associates, Inc., and Eric Davies, a PhD candidate in forestry at the University of Toronto, have mapped heritage trees on city land,  from which they have collected thousands of seeds. The city looks the other way, though bylaws technically prohibit removal of seeds or plants from city property. Weninger explains: “Our ravines are very delicate.”

Weninger acknowledges that this quantum shift to locally-sourced native plants will take a while. Even if a landscaper asserts that the plants and trees it sources come from local seeds, “we will have to find some way to verify this,” she says. Developers provide securities to the city, and get their money back once the city ensures the work meets its criteria. Weninger promises flexibility: “We don’t want to break the system. We realize there’s going to be a transition.”

Educating everyone from landscape architects and city planners to tree nurseries, landowners and hobby gardeners on the importance of planting local will take some time. The City of Montreal, for example, forbids anyone from planting invasive species such as buckthorn, phragmites, Japanese knotweed, or Norway maple within 100 metres of a protected natural area or park. But do people know what is what?

Dougan & Associates, a native plants consulting firm based in Guelph, maintains the CanPlant database to help Canadians choose the right native plants and find a nursery to supply them. CanPlant, with funding from the Landscape Architecture Foundation of Canada, has teamed up with groups such as Carolinian Canada and Green Venture to plant tiny “Miyawaki Forests,” perhaps the size of a tennis court, densely stocked with native trees and shrubs. A separate database will track the mini-forests’ success. In the fall, about 40 volunteers planted one such forest at the mouth of Hamilton’s Red Hill Creek, introducing a diversity of plants that Heather Schibli, an ecologist and arborist at Dougan, hopes “will cascade into a diversity of insects.”

Steven Hill of Dougan, whose PhD focused on invasive species, applauds the City of Toronto's rules on native plants from local seeds, noting the policy will support native plant seedling providers. Teaching all Canadians about the value of planting local varieties will require patience, he says. “Canadians can plant whatever they want in their gardens. It’s about educating people, and connecting you to the landscape that you are on.”