Showcasing the top shots in the 2021 CanGeo x Nikon #ShotOnNikon Photo Contest
By Can Geo Staff
May 28, 2021

Nikon and Canadian Geographic celebrated the art of visual storytelling with seven stunning images taken by photographers from across Canada.

The grand prize winner was a contemplative yet powerful black-and-white scene by David Brophy.

Taken on Lake Winnipeg, Man., on a misty morning, Brophy’s photograph captures a quiet calm and sense of peace. And yet, as he notes, the lower perspective makes him think of being a child and contemplating running straight out into the water. Originally from Newfoundland, when Brophy moved to Manitoba in 2000 he was awed by the landscape and wildlife, beginning a photographic journey that was launched with his first DSLR — a Nikon D5200. He is now back in Newfoundland and Labrador but hopes to return to Manitoba one day. “When I do, you can be sure I will load up my camera in the wee hours of the morning and visit the magical shorelines of Dunnottar and Matlock once again.”

Browse the winners to find out how they captured their award-winning shots. 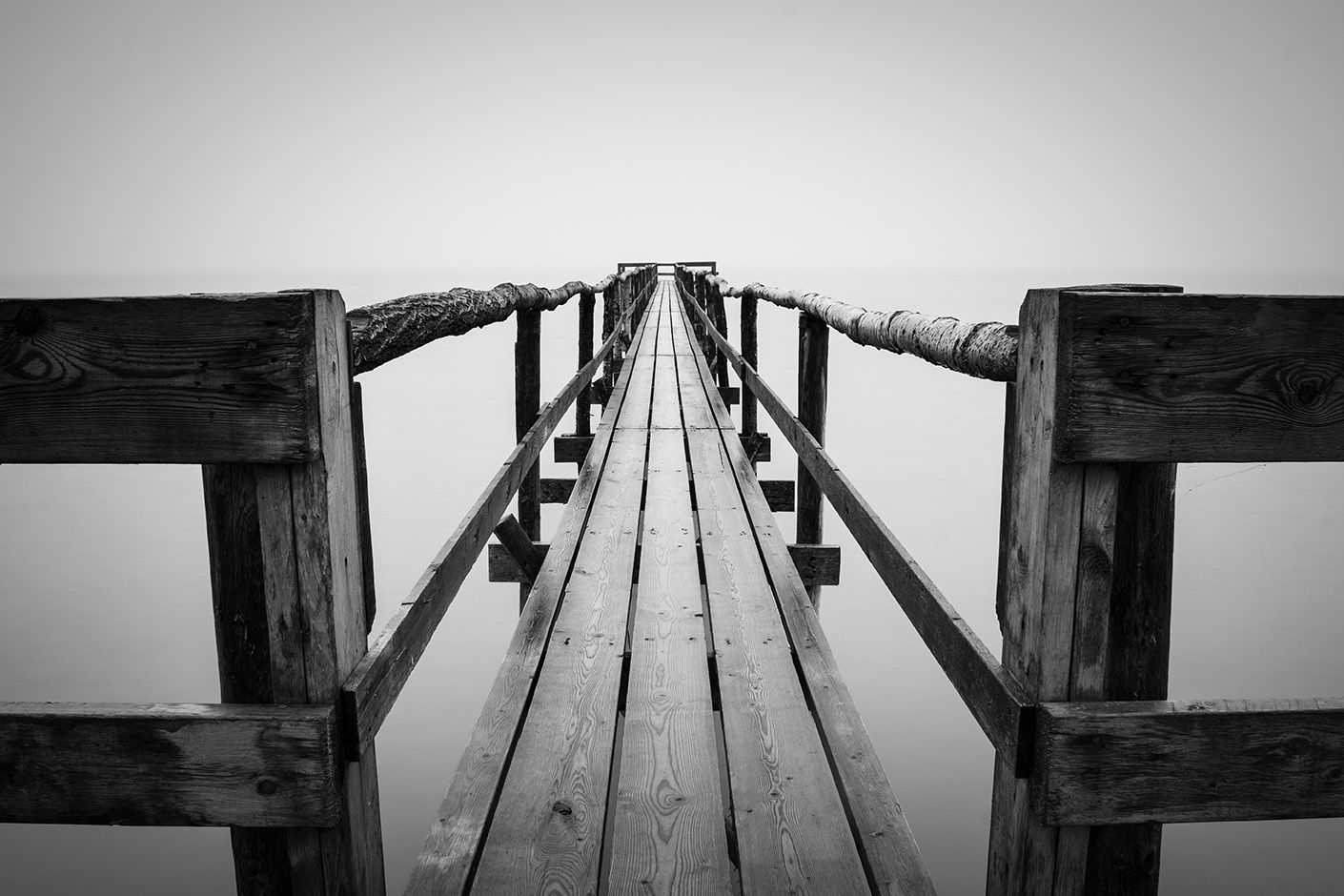 This photo was taken on a misty fall morning on the southwest shore of Lake Winnipeg about an hour north of Winnipeg, Man. Brophy would often visit this area to photograph the beaches and jetties, including this one in the Dunnottar and Matlock area. “The lower perspective of having the camera at the same height of the rails just appealed to me. One can easily imagine what it would have felt like as a child running out to the end of the jetty with the rails just above eye level, and the feeling of excitement knowing I could jump off the end and into the water.” The photo was taken with Brophy’s first DSLR, and one he still often uses, a Nikon D5200. 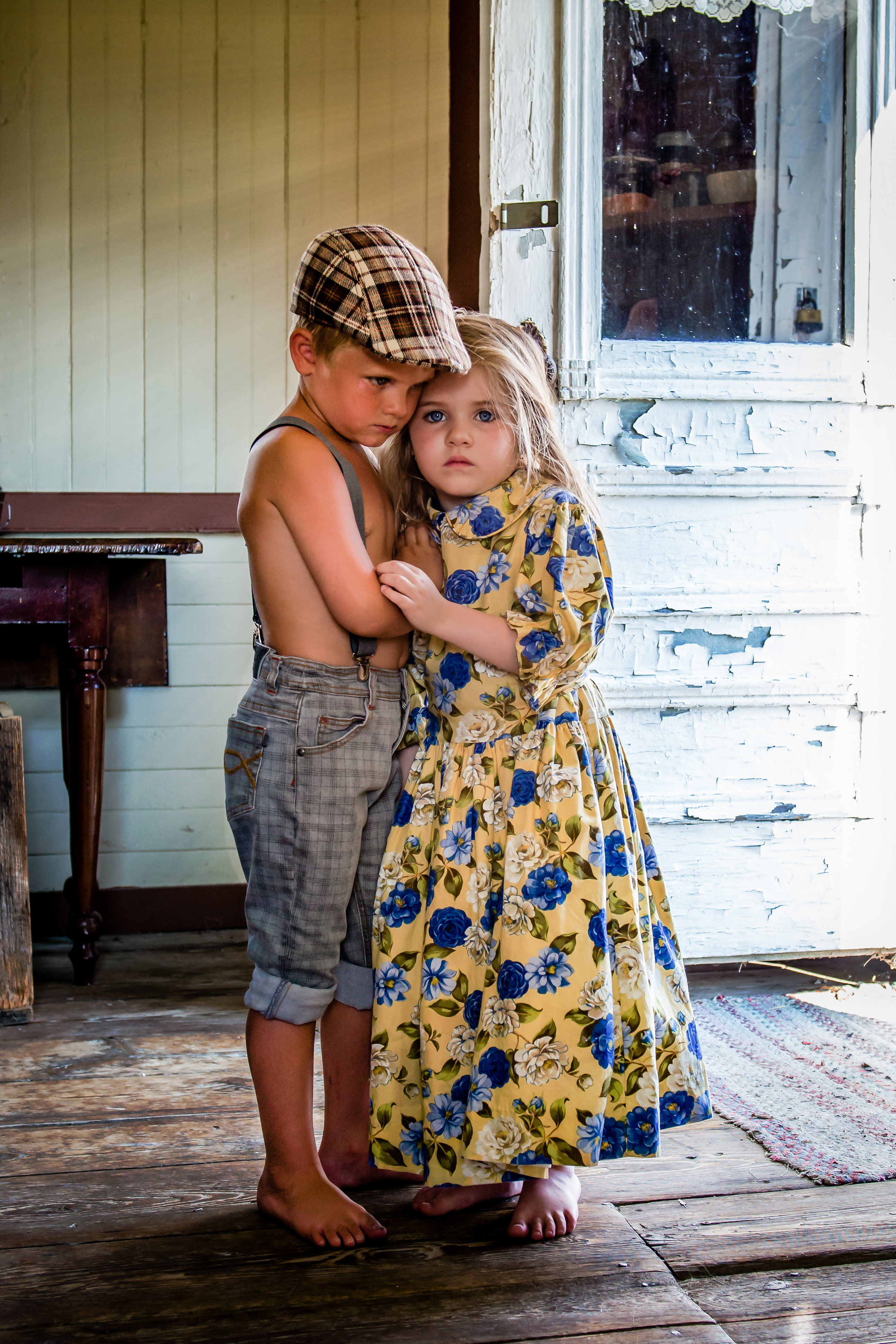 Lavoie set up this photo shoot as a gift for a friend who had six children and would not likely have had professional portraits taken. The little boy belonged to her first friend and she asked another friend if her daughter would like to participate. She chose the clothing to create a vintage tone, setting the location at a weathered house she knew. The perfect shot came as the children reacted when she asked them if they could try to hold still for the photo. 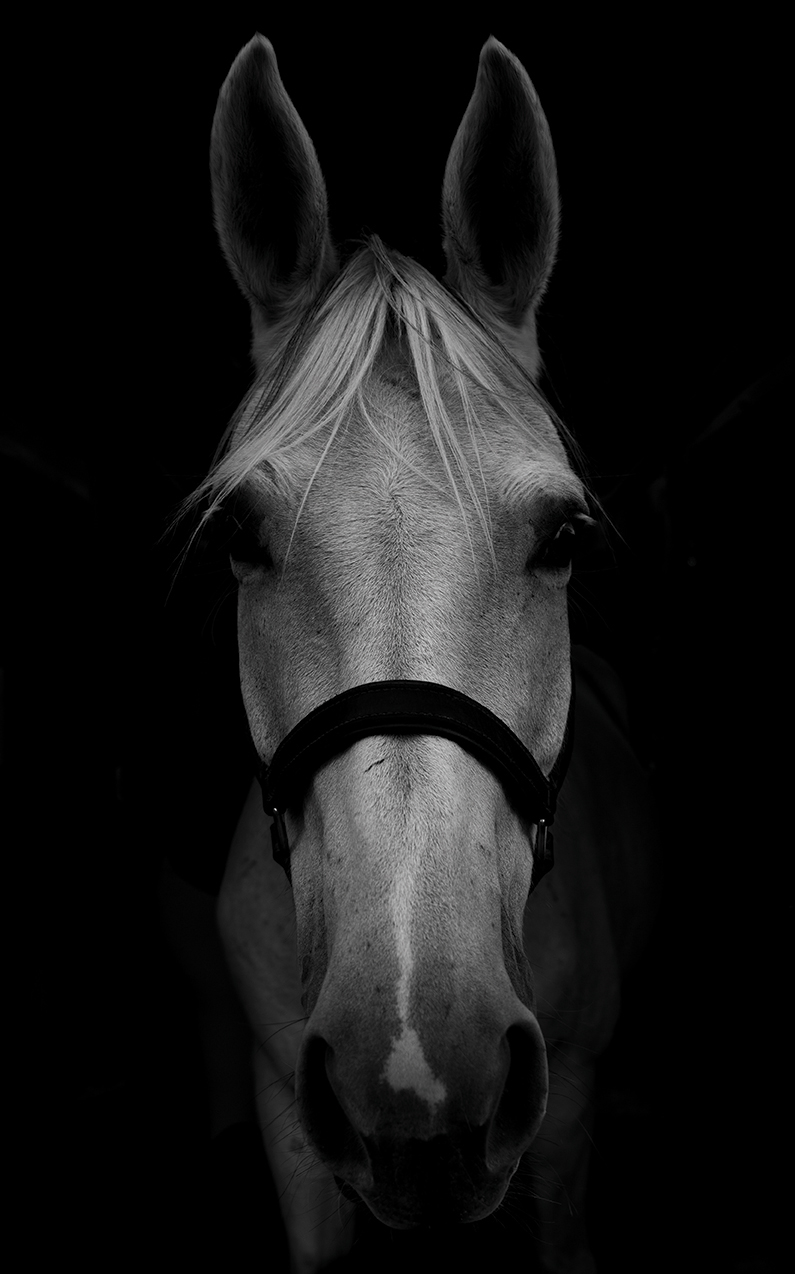 The 17-year-old horse was photographed at a farm in Stouffville, Ont. “I was doing a shoot for a client and was in awe when I saw the symmetry in this horse’s face — I knew I had to capture it,” says Doswell. During the early stages of the pandemic, Doswell’s post-graduation marketing job was canceled so she picked up a few shifts at this farm to earn extra money. An avid photographer, she rekindled her passion for the art form and ended up doing numerous client photoshoots on an equestrian theme. This fall, she enters her second year of the photography program at Georgian College. 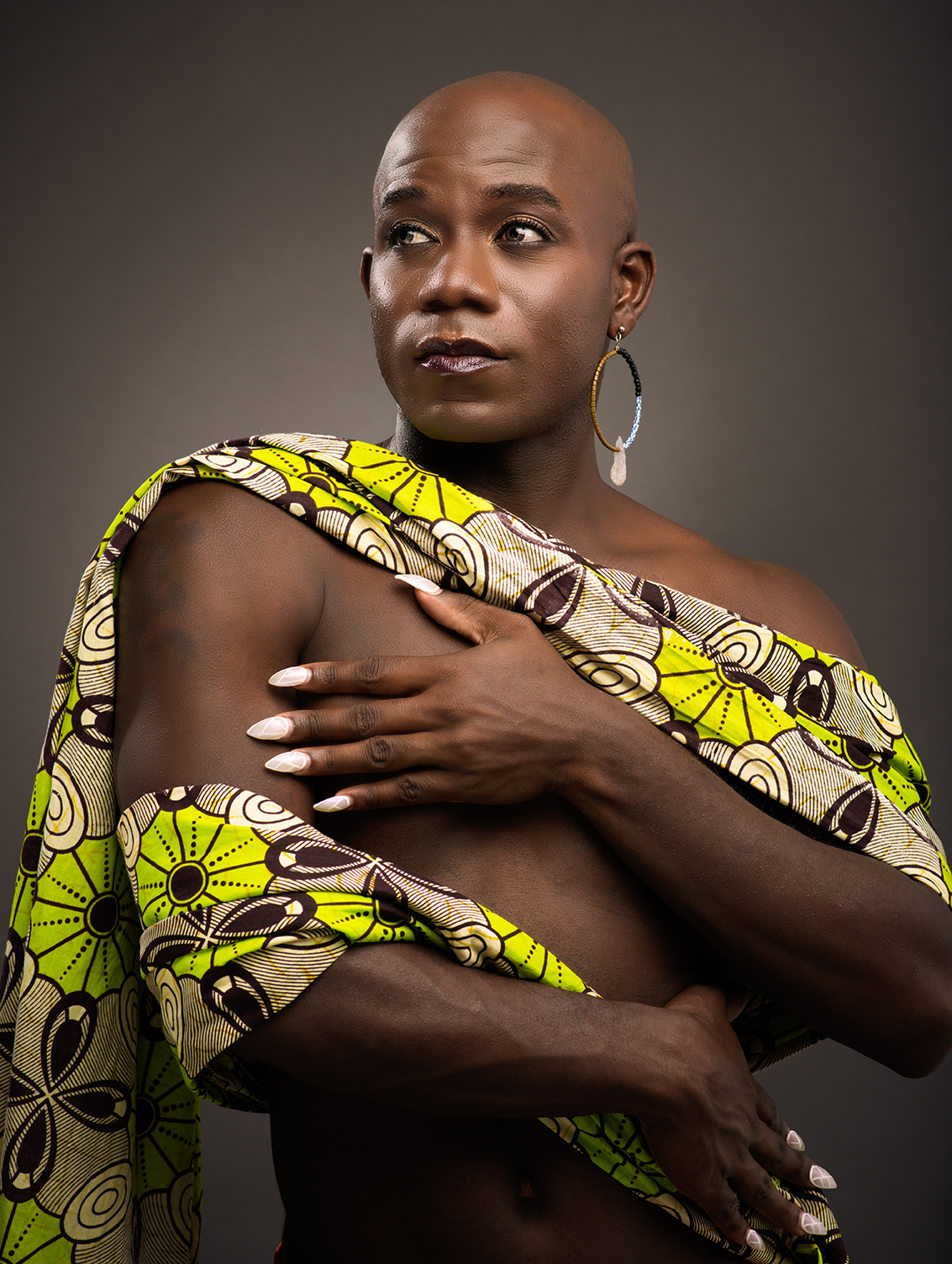 This shot was taken in Toronto at Wildseed Centre for Activism & Art. Brown asked the subject, dancer and activist Ravyn Wngz, to embody her strength through vulnerability. Wngz is an African, Bermudian, two-spirit, Mohawk and queer movement storyteller and a Black Lives Matter Toronto steering committee member. The photo was shot on Nikon D810 with Nikkor 85mm f1.8 with a 4 strobe and reflector set up. 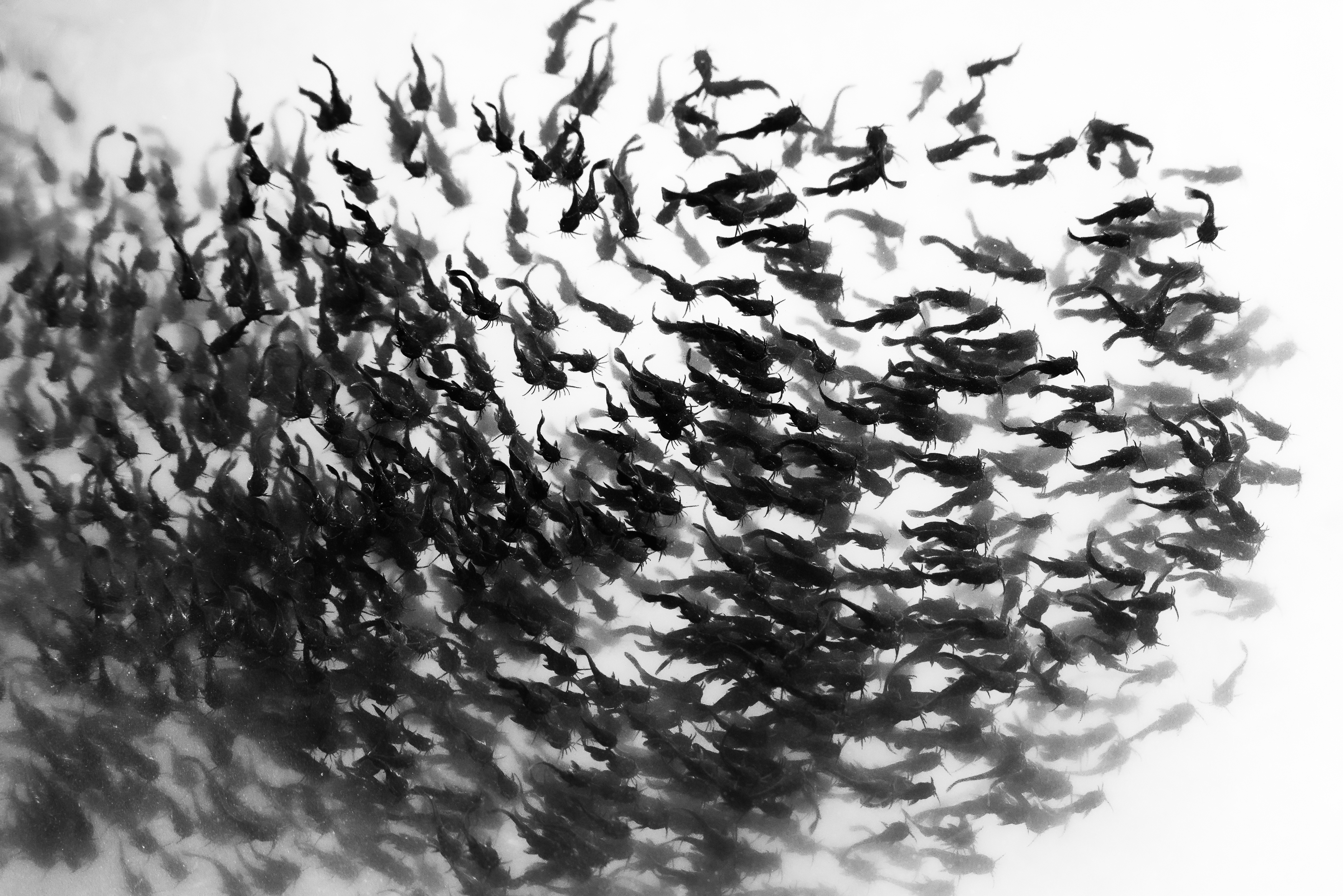 This photo was taken on a summer morning at Princess Point in Hamilton, Ont. When Tsang spotted the baby catfish, she stood on tiptoe on the rocks in the water, using her telephoto lens to shoot them from the top down as they swam in random patterns. For this image, she used a comparatively slow shutter speed (1/640 sec) to get a sense of motion. The water that day was a bit muddy, so she chose to present the image in black and white. On the day the picture was taken, Tsang was actually headed out to look for deer on their morning graze. The deer proved elusive, but, as Tsang notes: “Nature makes each day a new horizon.” 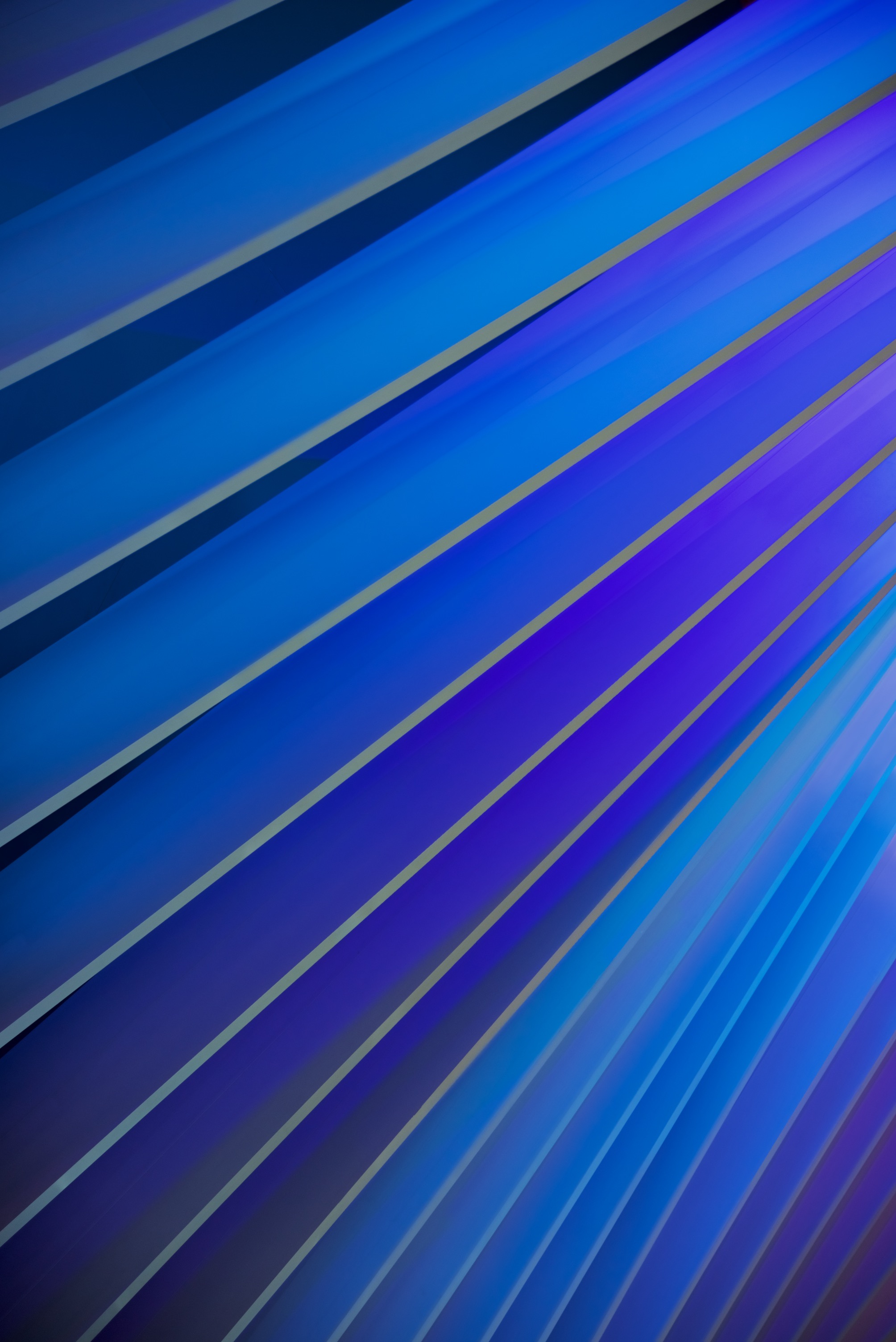 Cooper captured this eye-catching abstract at the Toronto International Auto Show. A wall display caught his eye, drawing him in with the  colour and light play. “I chose to crop in on the large display with my zoom to create this abstract image.” 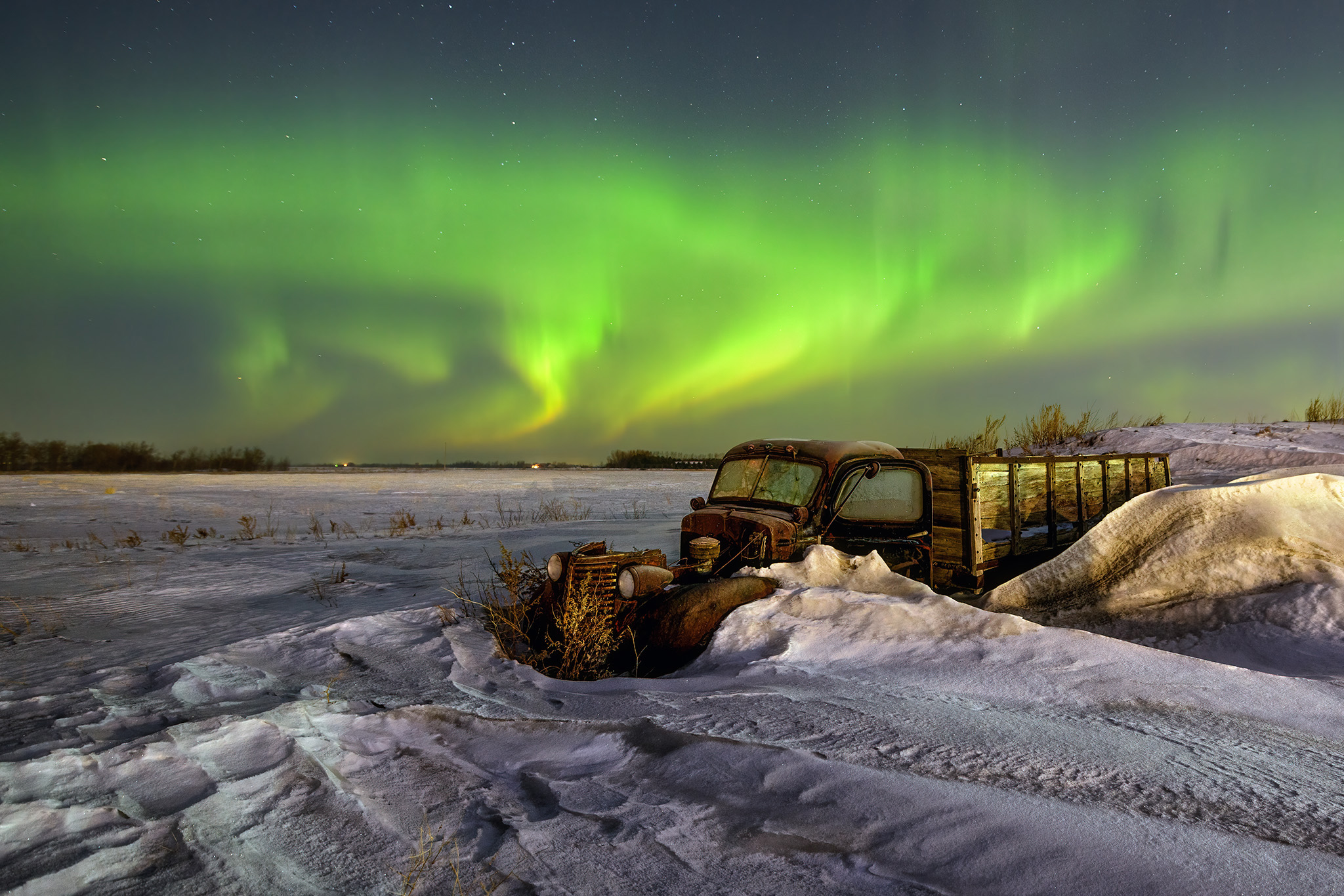 It was in the early hours of a cold March morning and Wizniak was chasing the northern lights dancing in the skies on the outskirts of Saskatoon, Sask. As he headed back into town, he spotted the abandoned truck. He pulled over, crouched down in the snow and captured the moment using his Nikon D850 with the 14-24 F2.8 lens.