Enter the Photos from the Field: Working in Canada's North Photo Competition for a chance to win great prizes!
By Sabrina Doyle
November 25, 2016

We want your pictures of Canada’s North. Specifically, Canadian Geographic's newest photo competition is calling for photos that feature northern research in action, the use of scientific tools, illustrates life in the field, or scenic landscapes of scientific importance. Not only do we want to see your photos, but we want to learn the story behind them. When and where was the image captured? What does it show? In plain language, we want you to explain the photo and the research it represents.

Submit your photos for a chance to be published on the Canadian Geographic website and featured in a special exhibition of the Government of Canada's Polar Continental Shelf Program. Not sure which gallery best describes your photo? Not to worry - winners will be selected from all entries, regardless of which category it’s listed under.

Not only will your photos be helping to illustrate a world that few people ever see, but also there are fabulous prizes up for grabs for five lucky winners! Enter now in one of the following categories:

To inspire you, here are a few recent entries to the competition, along with the stories behind them. 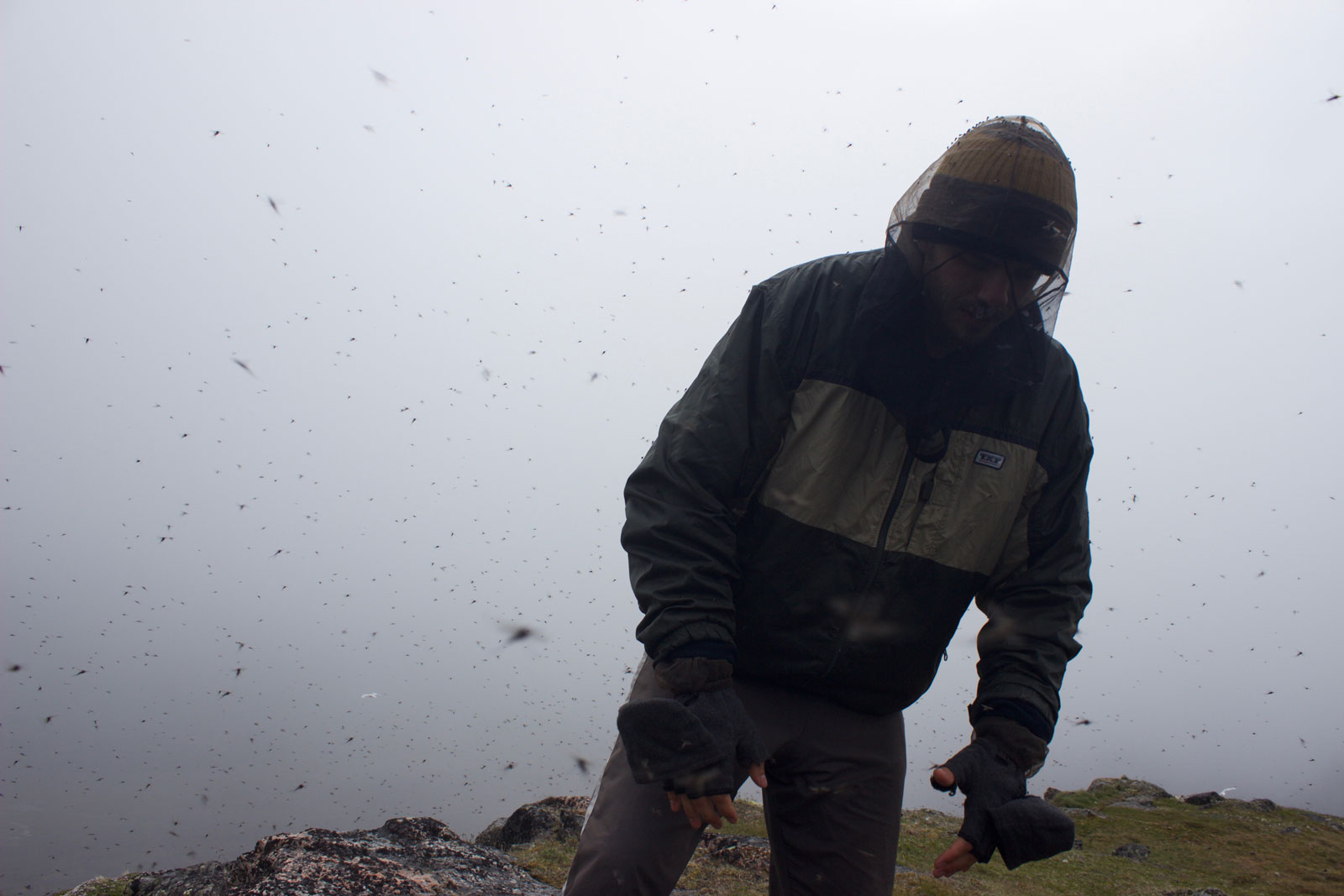 Student researcher, Émile Brisson-Curadeau, fights mosquitos on Coats Island during field work. Émile is working with the Arctic Ecology Lab at McGill University studying thick-billed murres. Anyone who has worked in or lived in the summers in the Arctic will know what it is like working with clouds of mosquitos around you. You just put on your bug jacket and keep on working! (Photo: Tianna Burke/Canadian Geographic Photo Club) 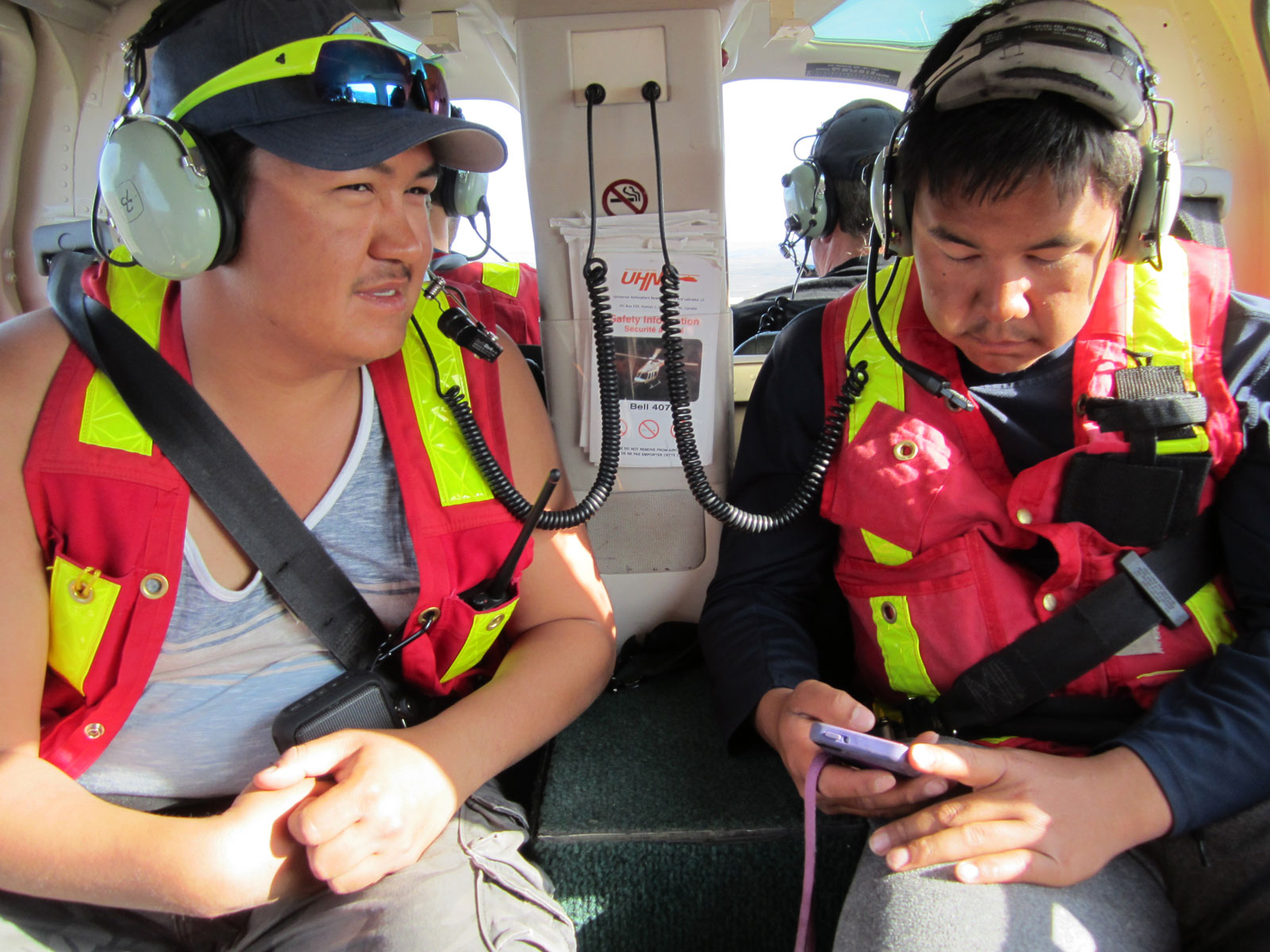 In 2015 three young Inuit students from the Nunavut Arctic College in Iqaluit were hired as geological field assistants to join the Geological Survey of Canada's field mapping project on southern Baffin Island.  Two of the students are shown here on their early morning ride aboard a Bell 407 helicopter to the remote location of the day's work.  During the course of the summer, the Inuit students participated in all aspects of the camp and research work.  Thus they acquired invaluable practical work experience such as: geological mapping skills that included rock/mineral ID, measuring strike & dip with a compass, recording observations in a hand-held (ArcGIS) computer, navigating with airphotos; safe precautionary use of shotguns in bear country; and awareness and safe behavior when working with helicopters. (Photo: Marc St-Onge/Canadian Geographic Photo Club) 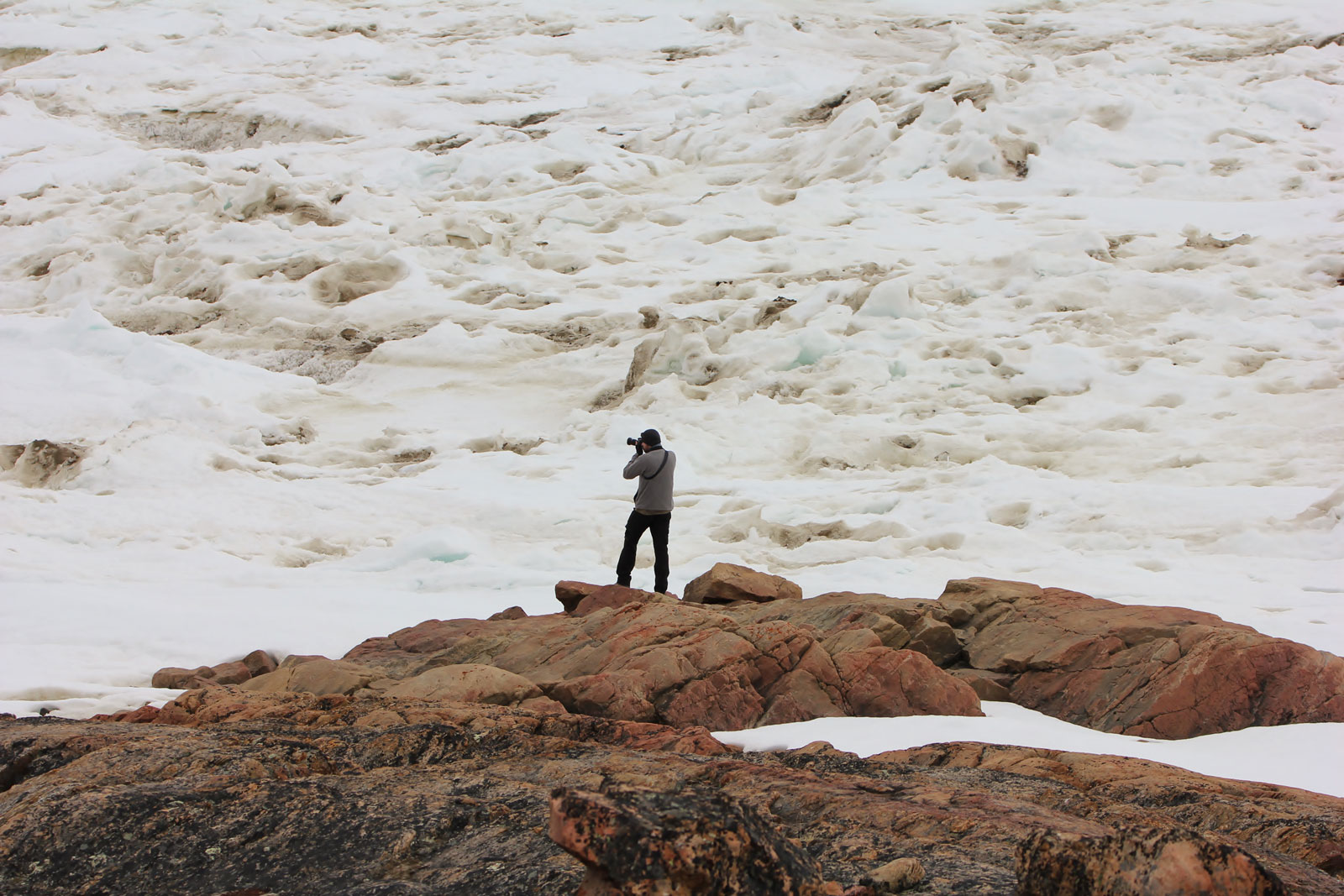 Student researcher Kevin Young positions himself on the rocky shore of Baffin Island in June 2016 to take photos of shorebirds flying over the sea ice. Kevin has done research on Southampton Island for the past two summers looking at the effects trail cameras have on the depredation of shorebird nests. (Photo: Shawna-lee Masson/Canadian Geographic Photo Club) 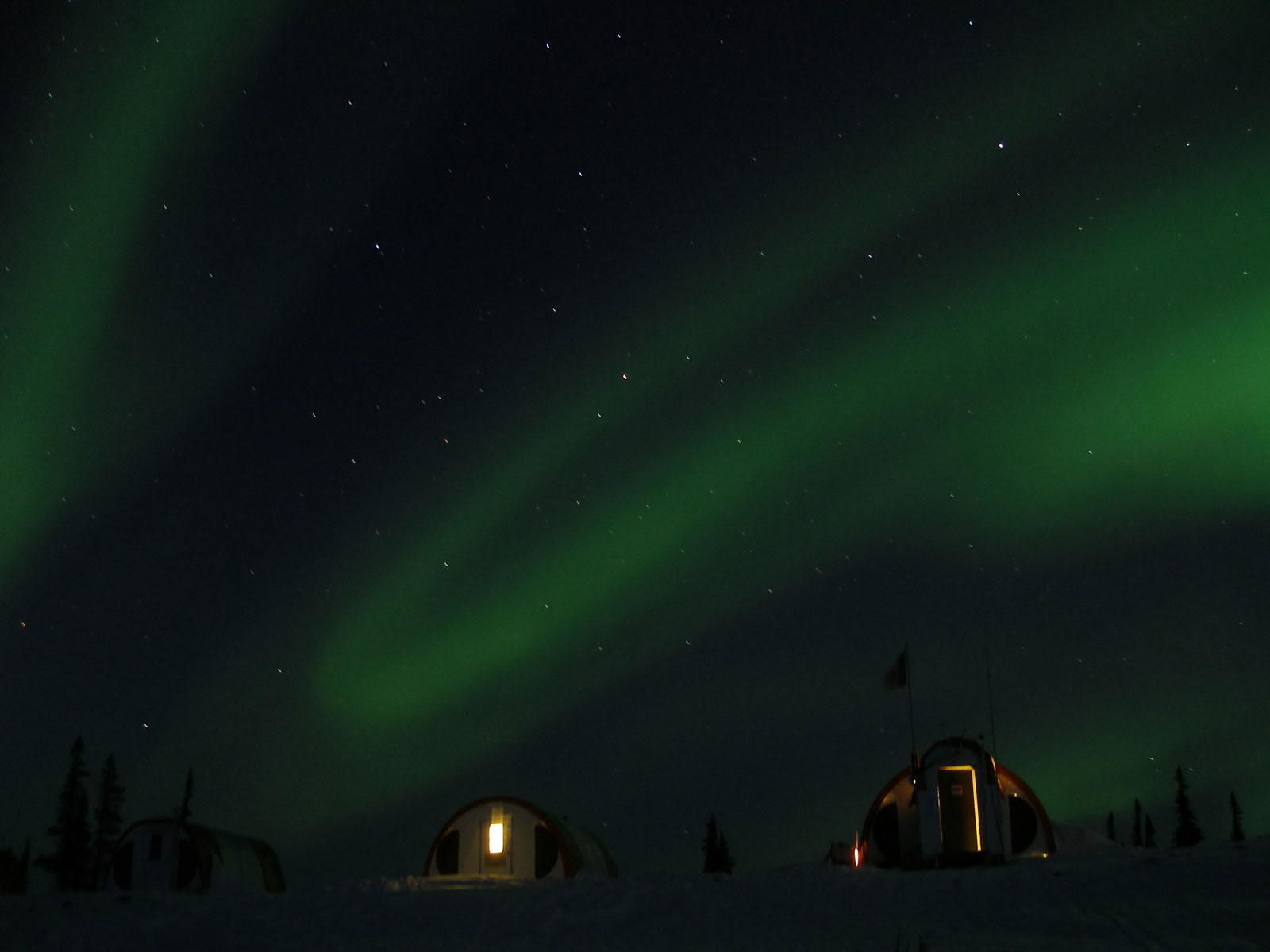 Winter of 2008 and 2009, doing mag surveys in the peak of winter north of Great Bear Lake, N.W.T. on grids based around a tent camp at Sulky Lake. The -30 C average temperatures made working outdoors a pretty challenging task but at least sights like this helped you realize that not everyone had a job site like this and once in a lifetime sights made a cold day at work quickly forgotten. (Photo: Patrick Williams/Canadian Geographic Photo Club) 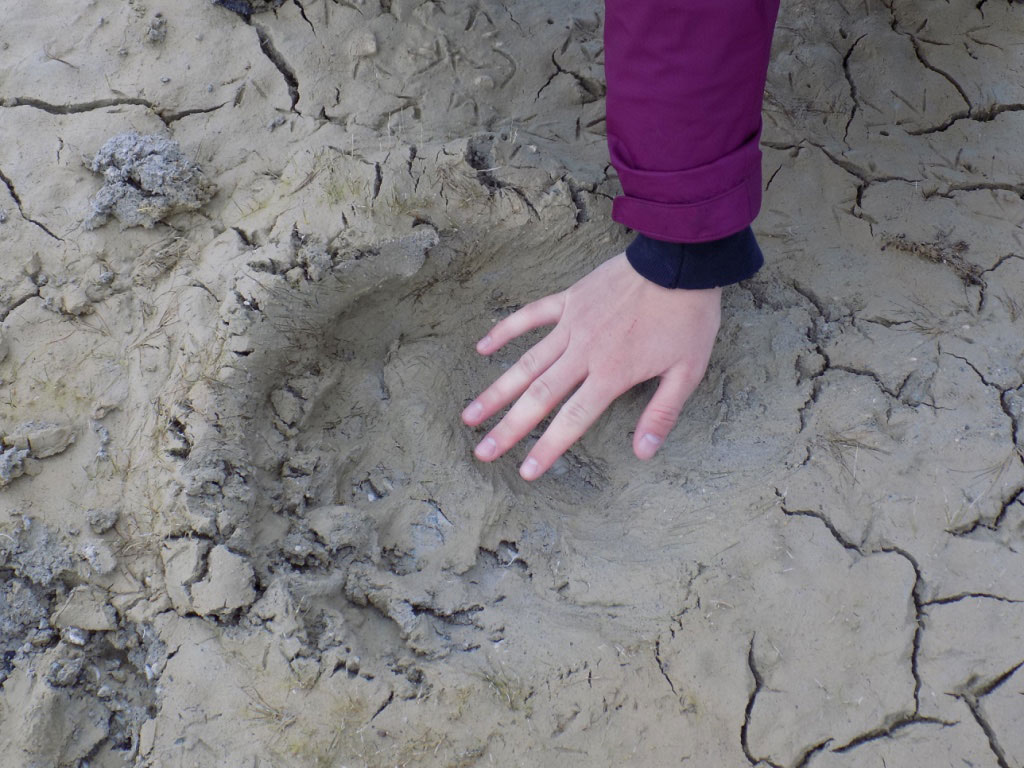 This photo was taken on field course in Wapusk National Park in August 2016. University students, including myself, travelled up north to study the Arctic.  Along with conducting our own research we also learned about the wildlife, the history and the culture in this area of Canada. This photo was taken on our hike to Cape Churchill when we came across some polar bear prints in a bog. Those are some pretty big paws! (Photo: Bronwen Plumer/Canadian Geographic Photo Club)